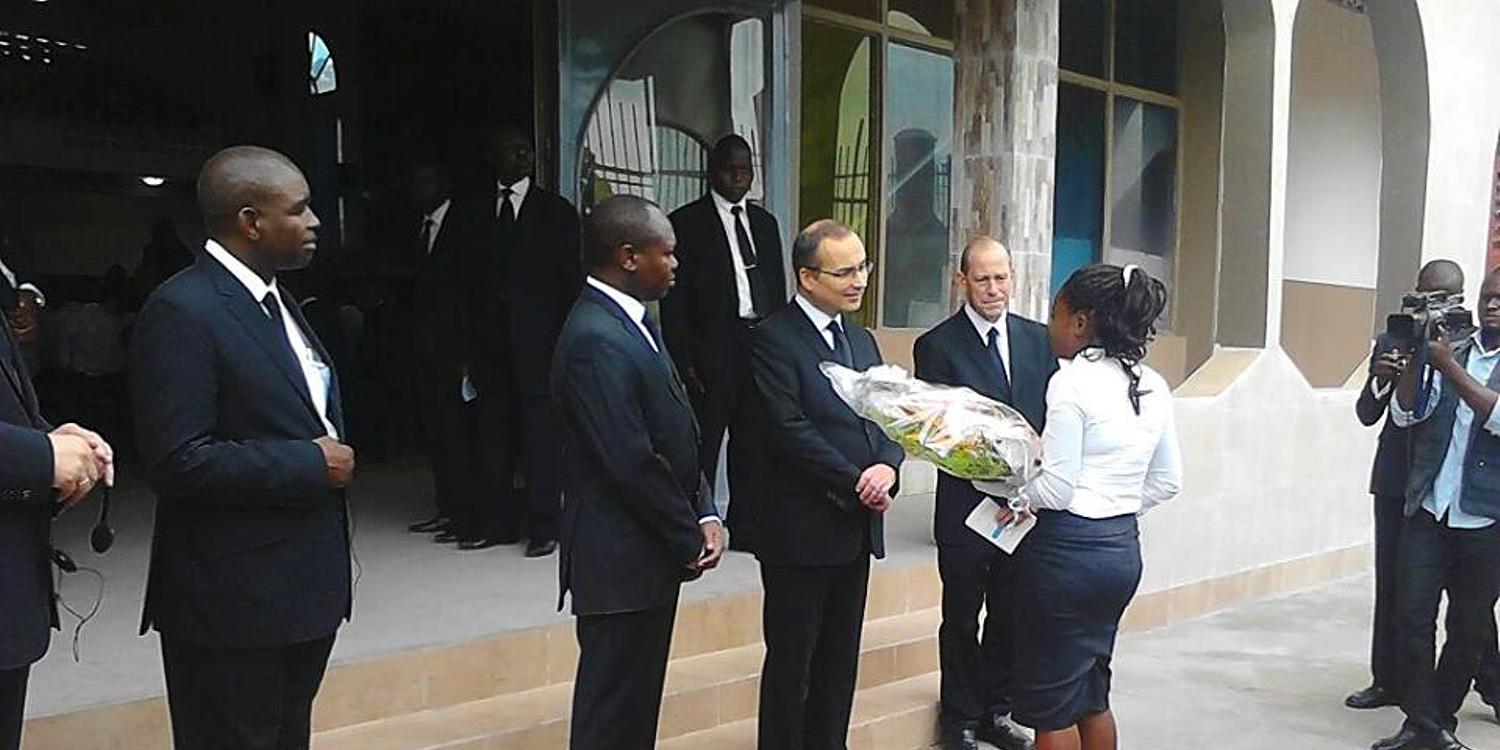 A blessed journey into the heart of Africa

Kinshasa/Zurich. On Sunday, 26 October 2014 Chief Apostle Jean-Luc Schneider ordained seven new Apostles and four new Bishops for the District Church of Congo-West. After having reached the age limit for active ministry, Apostle Wa Lukusa Nkongolo was retired in the same divine service. The latter had served in the Apostle ministry for 28 years and is thus one of the pioneers of the New Apostolic Church in Kinshasa.

District Apostle Michael Deppner, who is responsible for this part of the Congo, had also invited all teachers and those responsible for youth care from Kinshasa to a divine service in the large church in Limete on the preceding Saturday, 25 October. Approximately 2,100 members took part. The Chief Apostle addressed this group saying, “Let us enable the younger generation to acquire the necessary apostolic “know-how”. Let us teach them to pray, to work, to share, and to be honest, strong, and happy.”

On Sunday, in the same church building, the international Church president conducted a divine service which was broadcast throughout the entire country through the television network. The Chief Apostle based this divine service on a Bible passage from Acts 13: 47-48: “‘For so the Lord has commanded us: “I have set you as a light to the Gentiles, that you should be for salvation to the ends of the earth.”’ Now when the Gentiles heard this, they were glad and glorified the word of the Lord. And as many as had been appointed to eternal life believed.” His message to the assembled congregation was: “Let us be a light for others”. In his sermon he made it clear that God’s offer of salvation applies to all human beings, both here and in the beyond. “Our task as Christians is to allow others to experience Christ through our words and deeds, and to proclaim salvation to our neighbour by allowing ourselves to be led by the Spirit of God,” he said.

Onward to Gbadolite, Johannesburg, and Maputo

On Monday, 27 October, Chief Apostle Schneider conducted a divine service in the congregation of Gbadolite in the north of the Democratic Republic of Congo, some four hours from Kinshasa by air, where he ordained two Bishops. Thereafter he travelled onward to Johannesburg, in the working area of District Apostle Patrick Mkhwanazi, in order to conduct a divine service for ministers. His last stop was in the congregation of Maputo, Mozambique, where he conducted the service for the departed on Sunday, 2 November. 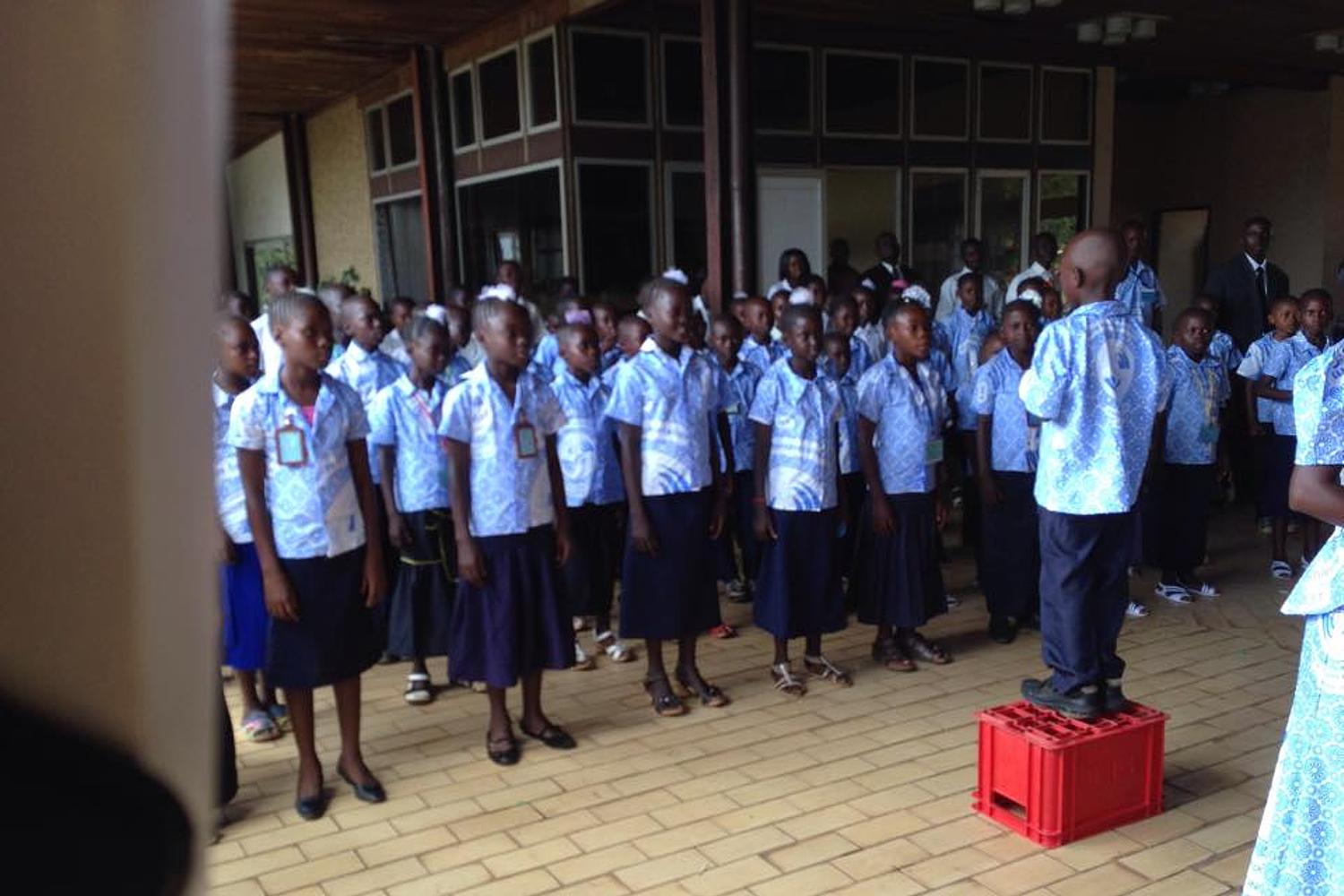 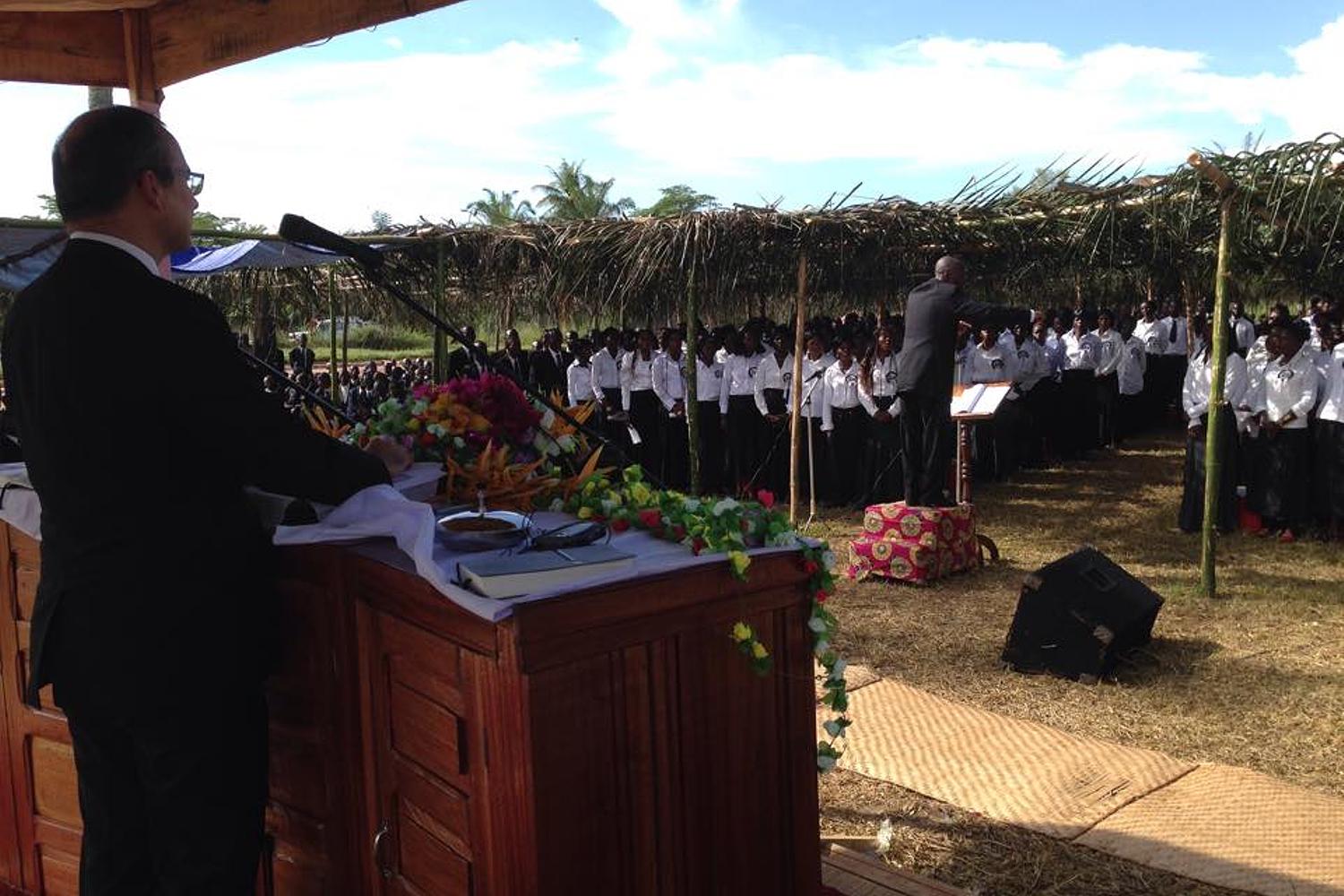