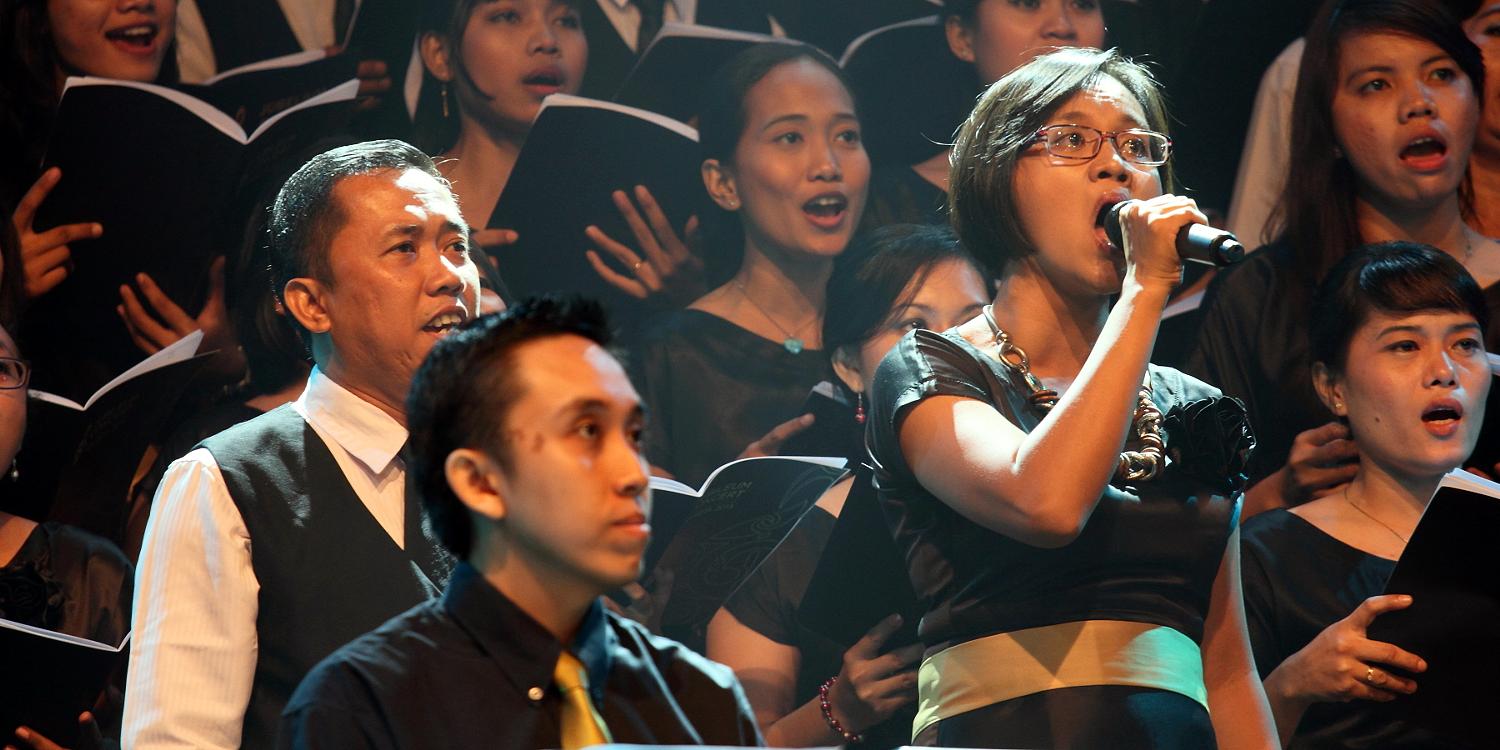 Grandios concert to mark the end of the Jubilee Year

Yakarta. Apostles, bishops and country rectors form all parts of the district Church South East Asia gathered for their yearly meeting. This time Jakarta was hosting, the Asian capital with the biggest number of New Apostolic congregations and members. A wonderful concert on Saturday 30th November evening marked the conclusion of the 150years Anniversary festivities.

150 children started with three renditions in Bahasa and English followed by various choirs and orchestra. The famous Anklung of course was not missing. The group who is preparing for presentations at the International Church Convention in Munich, Pentecost 2014 convinced with their playing skills. Two hours of Jubilation and Praising the Lord.

The ministry of Religion of the Republic of Indonesia, delegated its Director for Religious Christian affairs, Dr. Andar Gultom, who in his speech lauded the 130 years of work and engagement of the New Apostolic Church in Indonesia.

During the convention various themes and projects on NACSEAsia vision 2014 were deliberated. An exercise of self-assessment of one’s personal understanding of the term “church” triggered a lively discussion.

The festive divine service was attended by 1700 participants. The District Apostle Urs Hebeisen served with the word of Jesus in John 14:3. Jesus' goal was clear and explicit and climaxed in the promise “to prepare a place that you are where I am” Are we already today where Jesus is?

This year 2013 is a Jubilee Year for the New Apostolic Church. 150 years ago it was founded. Read our history part on this website. 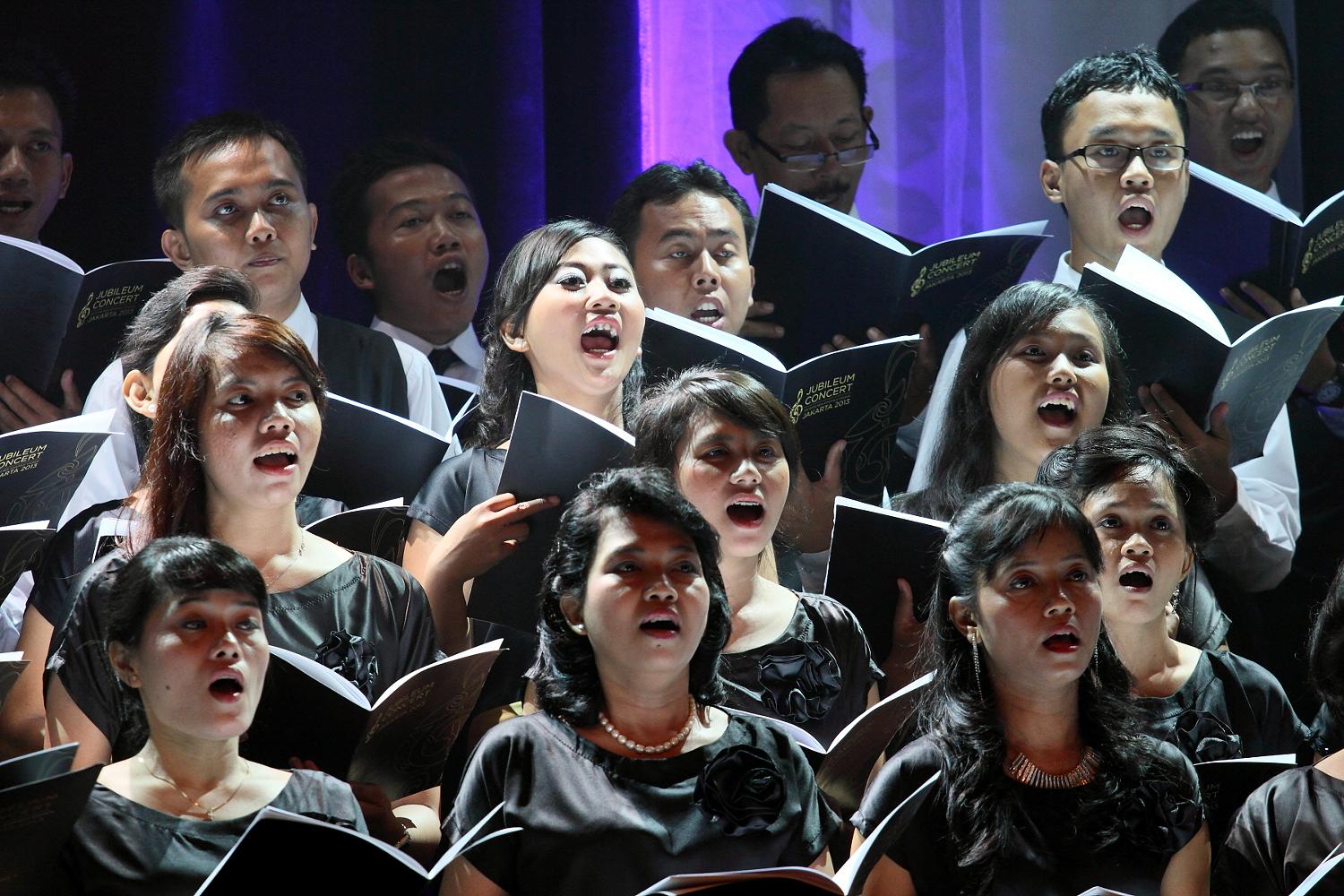 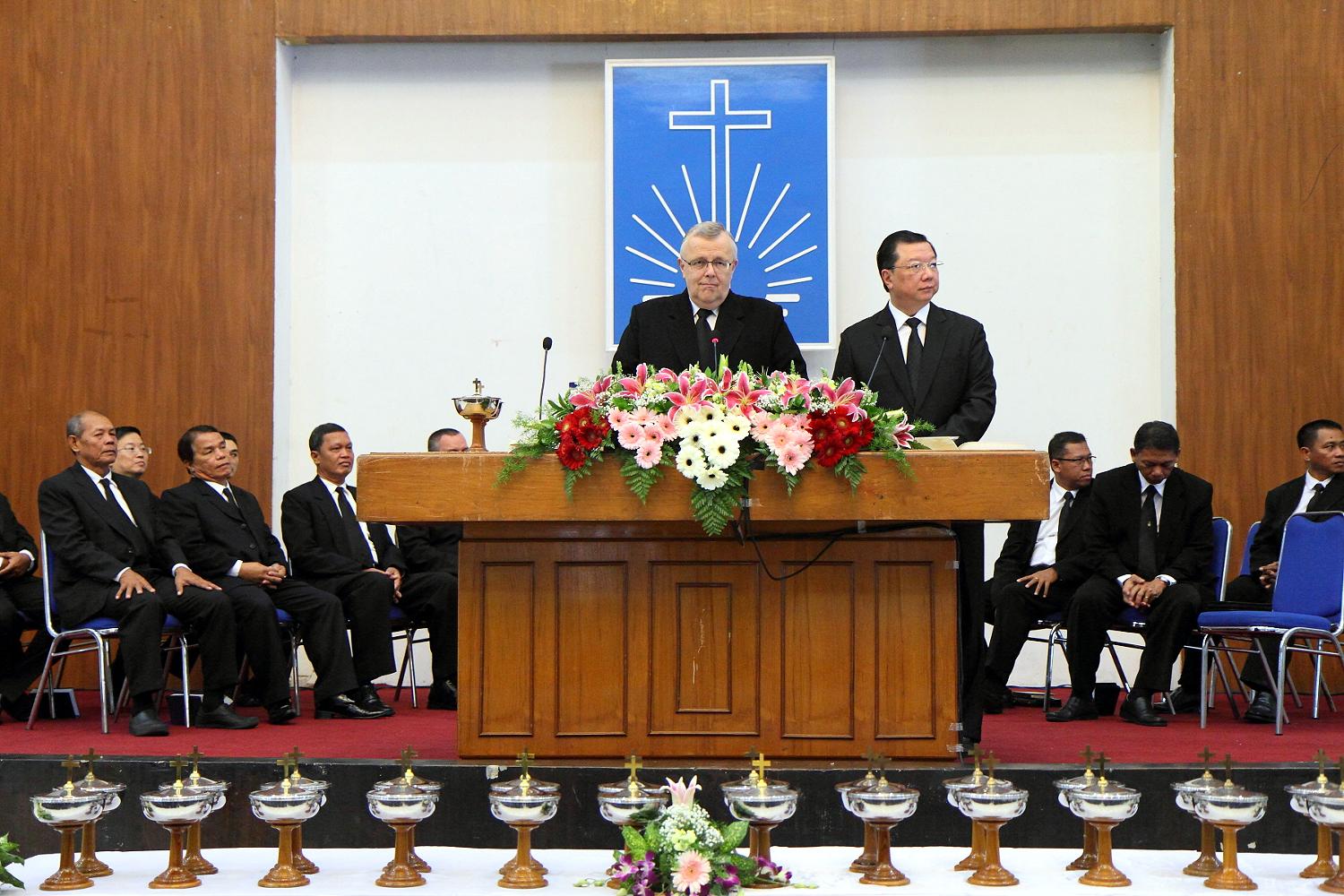