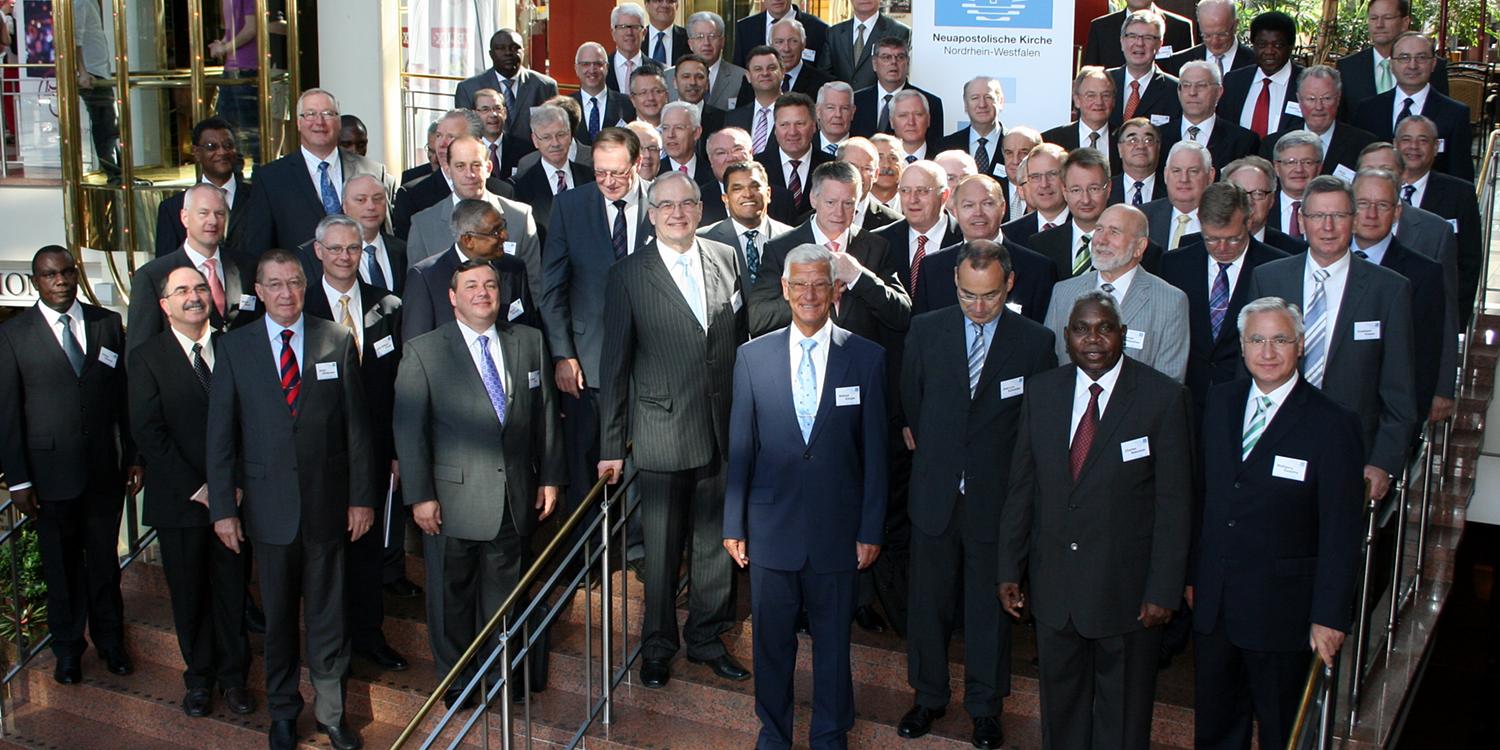 Pentecost 2012: A meeting of Apostles

Cologne/Zurich. One of the items in the program for the Saturday of the Pentecost weekend in Cologne was a meeting of the European Apostles A total of 45 Apostles from Europe, as well as all the District Apostles and District Apostle Helpers of the world, had assembled for this occasion. Chief Apostle Wilhelm Leber began with an emotional prayer for the unity of the Church and the welfare of all congregations. A comprehensive spiritual portion followed.

In Mark 1: 22 it says: “And they were astonished at His teaching, for He taught as one having authority, and not as the scribes.” “This is an interesting passage which also holds impulses for the Apostles of today,” concluded the Church leader. Obviously the people of the time were moved to their innermost being by the teaching of the Son of God. Chief Apostle Leber: “We stake the claim that we are Apostles of the Lord! The congregations are also to be moved in their innermost being through our preaching!” He went on to make it clear to his brothers that Jesus is their Master, and that “thus it is to become clear that you are backed up by divine authority! Only through our actions, the way we carry ourselves, and the way in which we proclaim God’s word can we convince others. That is my ideal!”

Chief Apostle Wilhelm Leber went on to say a few words concerning the significance of theology. In the past the Church had been rather reserved in its assessment of theology. “Today this is no longer sensible. Theological conceptions are appropriate and welcome.” They make it possible for us to have a meaningful exchange with other Christian denominations, they deepen our understanding for the historical interconnections, and they are therefore useful. “Teaching in authority is and remains decisive however,” stated the Church leader.

Apostle Volker Kühnle gave a presentation on the ecumenical developments of the recent past. The Chairman of the work group Contacts with other Denominations and Religions had already given a presentation on this topic to the Apostle Meeting at Pentecost of the previous year in Dresden. On this occasion he reported on his discussions with the delegation from the Association of Christian Churches in Germany. For the Apostles from Europe this was very interesting since there has already been some collaboration with ecumenical organizations in their own regions.

Being New Apostolic without complexes or arrogance

Chief Apostle Leber allocated some time for the designated Chief Apostle Helper Jean-Luc Schneider to address a word of greeting to the Apostles. The French District Apostle mentioned that he could barely describe all of that which had gone on within him over the past weeks. However, he said he would not lament and complain. “That would not be appropriate, because my lot is certainly not as difficult as that of many brethren who live in situations of bitter suffering.” He expressed his thanks to the Apostles for their many expressions of love and care and their prayers of support.

He also stated that he was very thankful that there are so many lively congregations. To maintain these, he said, is an important task of the Chief Apostle—and thus also of his helper. The preservation of unity is also to remain a great point of emphasis of this work. “Unity is something one must learn,” said Jean-Luc Schneider. “This is completely clear to me. Those who want to have unity must learn to understand other people. And I must still learn a great deal in order to understand our brothers and sisters.”

It is another task of the Chief Apostle to strengthen the brothers. Strengthening the ministers means taking away their uncertainty. For example, he explained that he had been asked a great deal recently as to how he positions himself theologically. His response: “I am New Apostolic! I believe what is written in the Catechism! I seek to conscientiously live my New Apostolic faith without arrogance. I do not want to have any complexes about our Church history or past, because what is more important than our history is what we have learned from it! I am proud of the developments of the last years—without being arrogant.” His summary: “I stand for a New Apostolic faith without complexes or arrogance.”

Please also read our article on the OF-Online website and the website of the New Apostolic Church North Rhine-Westphalia. 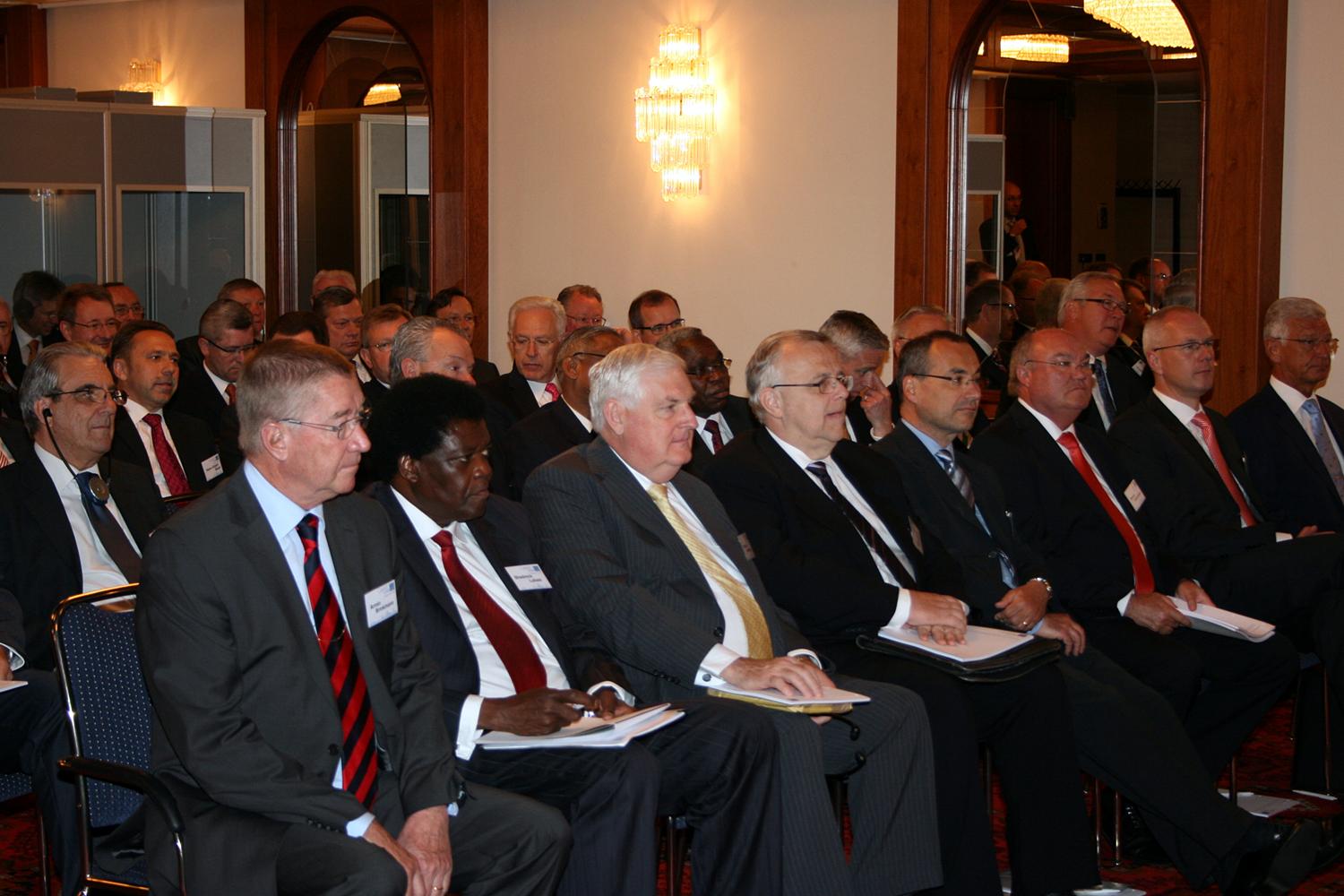 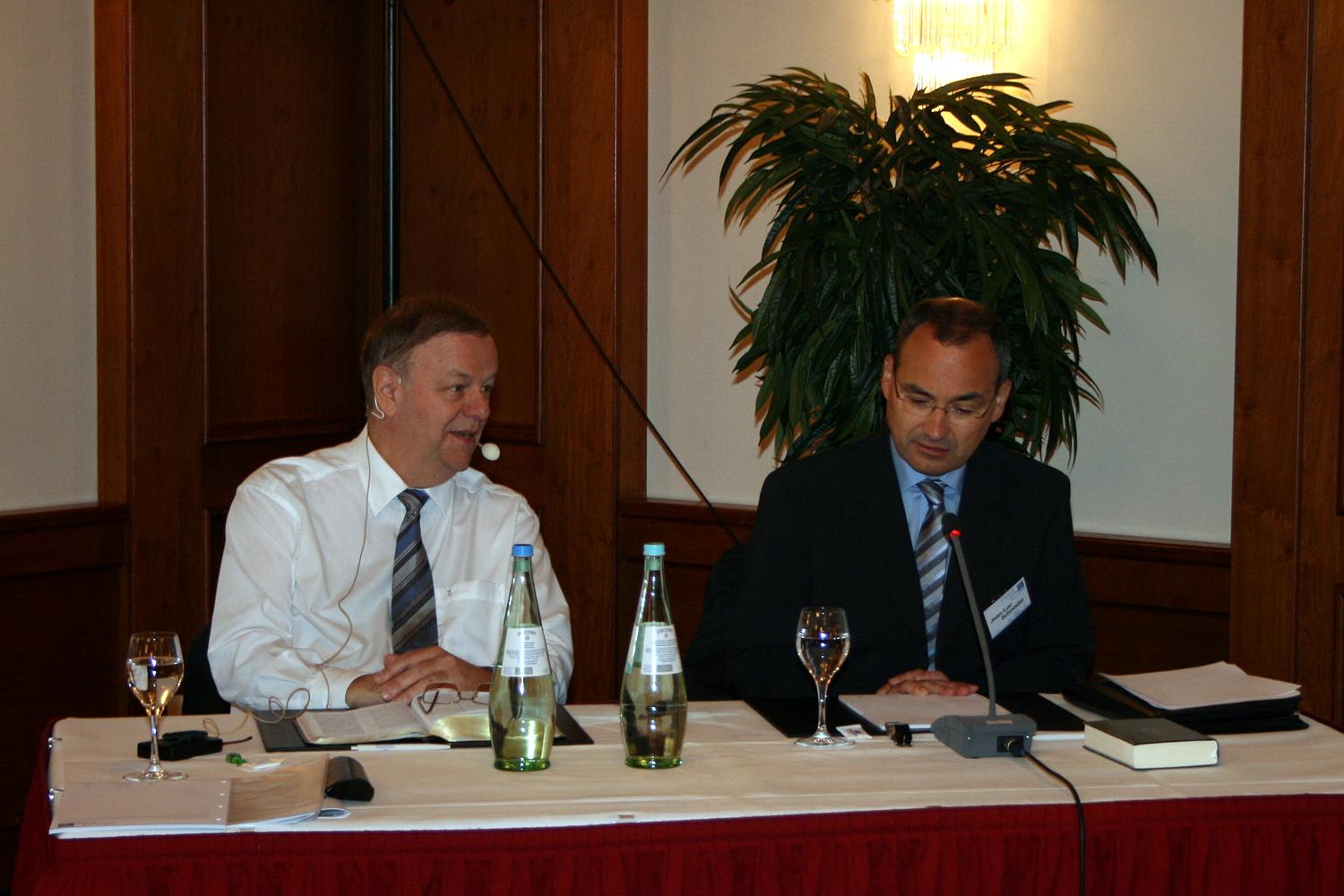