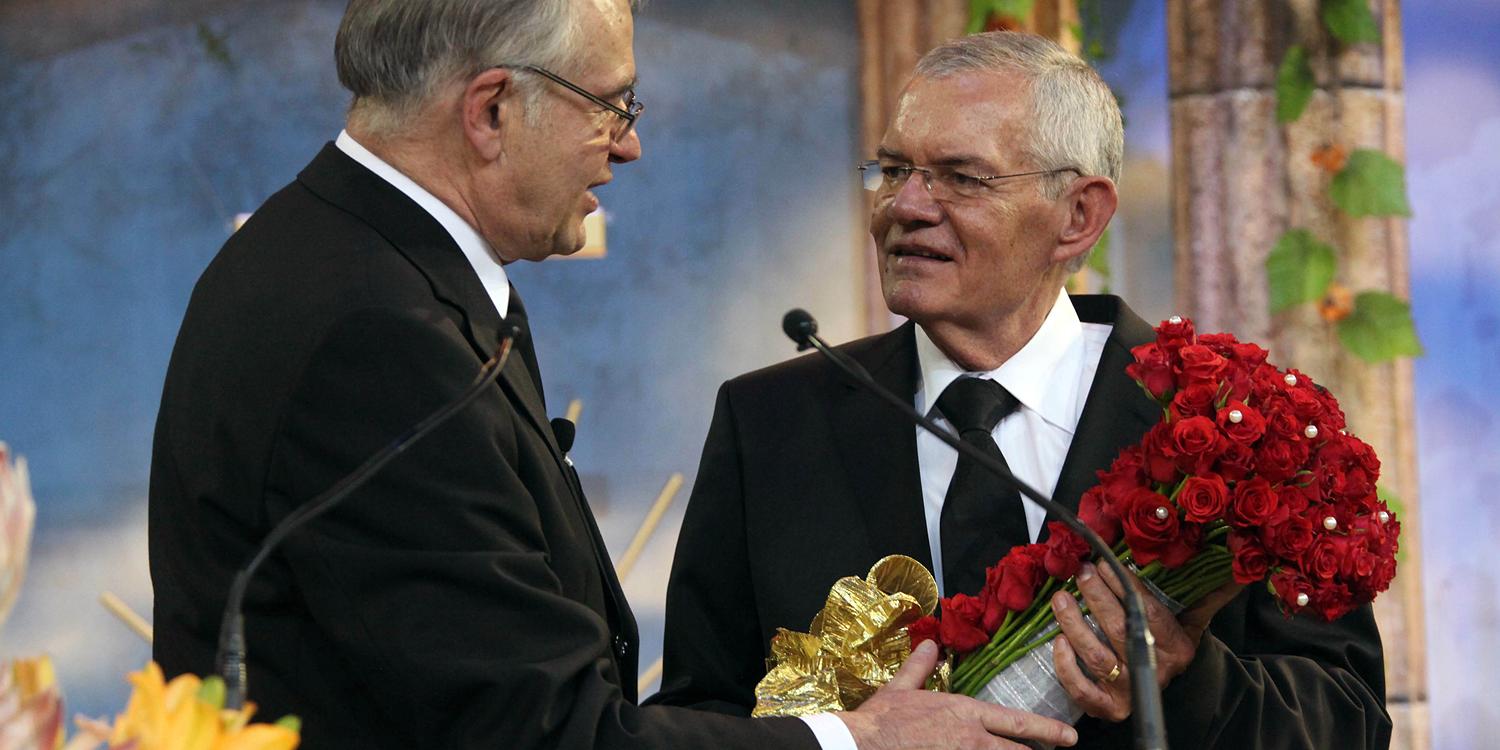 Wednesday, 07 March, 2:00 PM: District Apostle Kitching drowns on a fishing excursion in Buffalo Bay, South Africa. The exact cause of the accident is still unclear, however his lifeless body was found a short time later. Chief Apostle Leber’s first response was shock and great sadness. “We will remember District Apostle Kitching fondly. He was friendly to others and a great friend.” It has not yet been decided when the funeral will take place.

An Apostle for 23 years

District Apostle Johann R. Kitching had served as the highest representative of the Church in South East Africa for 23 years. In his address to the many congregations in his working area he said, shortly before his retirement, that he had always endeavoured to serve the Lord and live in a manner pleasing Him. On 29 January Chief Apostle Wilhelm Leber presided over his festive retirement in the Standard Bank Arena (we reported), and ordained District Apostle Patrick Mkhwanazi as his successor.

We intercede in prayer on behalf of his wife Nora, his two daughters, and their families.

Chief Apostle Wilhelm Leber writes as follows in an obituary: “The news of the tragic death of the District Apostle reached me just as I was between flights in Johannesburg coming from Harare, Zimbabwe. My companions and I were shocked. In such a situation we are at a loss for words. One feels so helpless, powerless, and infinitely sad. Inside our souls the plea arises: ‘Lord, help!’

District Apostle Johann Kitching was a straightforward, deeply believing servant of God. He was a strategic thinker and a man of principles, who proclaimed the word of God in fascinating fashion. He worked in a number of international Project Groups and made important contributions there. In the circle of the District Apostles he was a good and dependable friend.

Johann Kitching always spoke with great joy about his family. He was very close with his wife and told everyone about his two daughters with visible pride. How we would have wished that he and his wife had been able to enjoy a carefree retirement together! Now things have turned out differently.

Johann Kitching will always have a place in our hearts!”