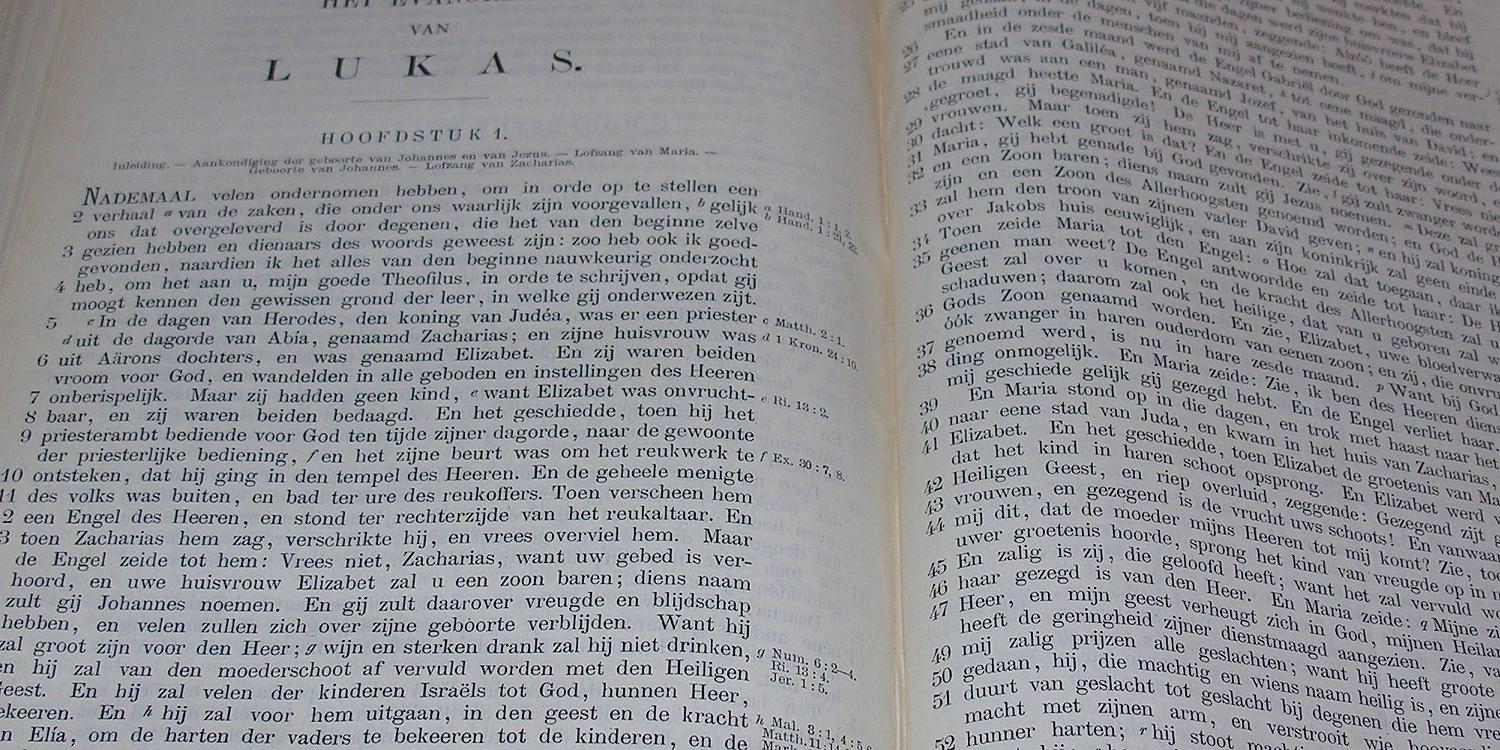 Amersfoort. On 1 September 2006 a new translation of the Bible was introduced in the New Apostolic District Church of the Netherlands, namely the “Nieuwe Bijbel Vertaling” (NBV). District Apostle Theodoor de Bruijn had already informed the brethren in his district of this change in a letter to the congregations sent out in May (see Notice).

The church administration of NAC Netherlands had given themselves approximately a year and a half to look for a suitable Bible translation. Since there is no translation of the 1984 Luther Bible in Dutch, the choice was made in favour of the “New Bible Translation” (in Dutch: “Nieuwe Bijbel Vertaling” or NBV). The NBV is a completely new translation of the original text into modern Dutch, and has been on the market since 2004. The translation was composed by an inter-confessional panel of Bible experts and scholars by commission of the Netherlands Bible Society and the Catholic Bible Foundation, in collaboration with the Flemish Bible Foundation and the Flemish Bible Society.

The Lord’s Prayer will continue to be prayed according to the text of the 1912 Luther translation. Chief Apostle Wilhelm Leber, the international leader of the New Apostolic Church, announced in mid-April of this year that an adaptation to the texts of more recent Bible translations will be implemented by Pentecost 2008 (we reported).