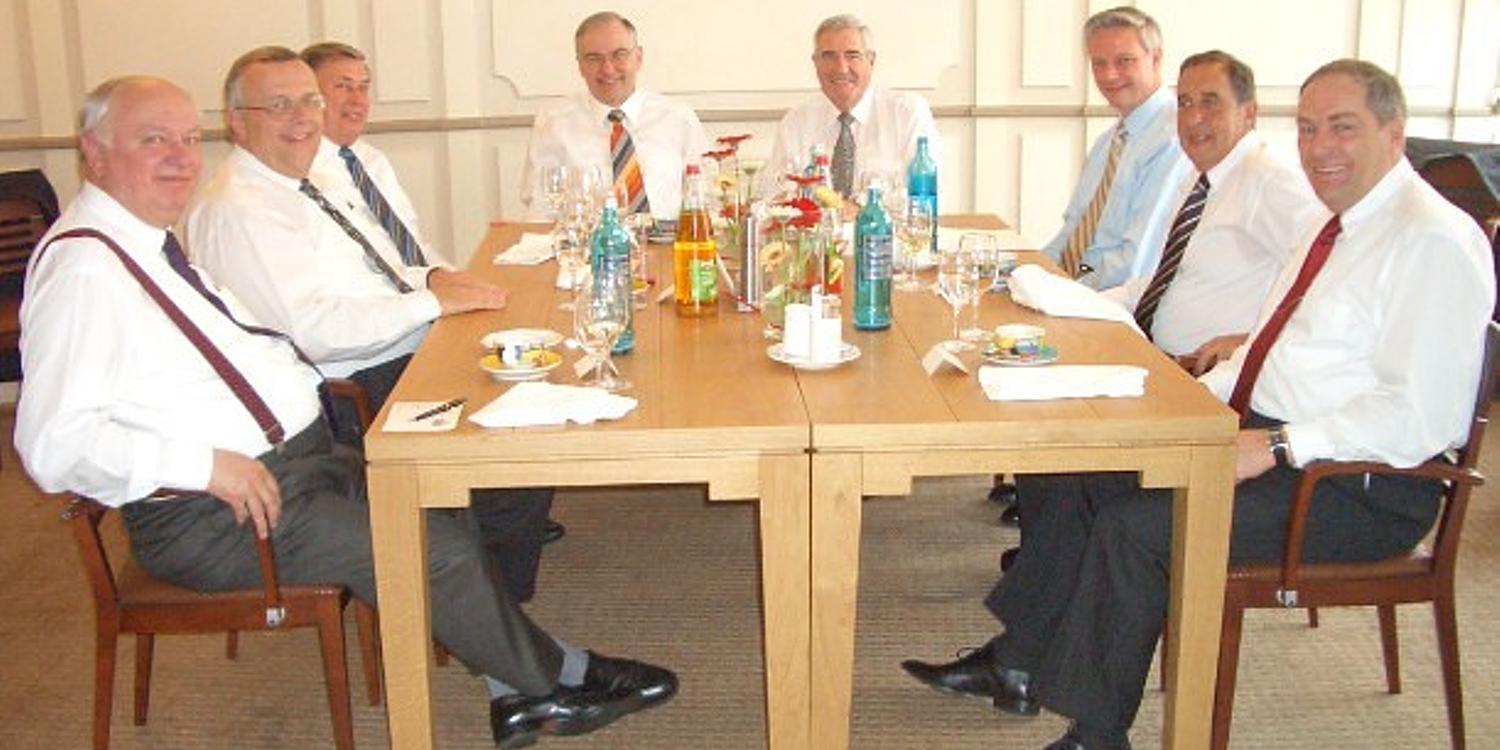 District Apostles’ Meeting in Karlsruhe determines: The text of the Lord’s Prayer will be adapted as of Pentecost 2008!

Karlsruhe. An international District Apostle’s Meeting of the New Apostolic Church took place in Karlsruhe on 20 and 21 April. The district apostles and district apostle helpers from around the world gathered to discuss theological, strategic, and organisational matters. Unanimously, they decided that, as of Pentecost 2008, the Lord’s Prayer will be prayed according to the text of the official Bible version in use in each language.

The members of the District Apostle Meeting have now decided that, as of Pentecost 2008, the text contained in Matthew 6: 9-13 will be prayed as it appears in more recent Bible translations. Reasons for this include the fact that all teaching textbooks of the Church are based on the 1984 Luther translation and the NKJV. In addition, the new manual on the principles of the New Apostolic faith (catechism) also refers to the Lord’s Prayer as it appears in the official Bible translations currently in use. As of Pentecost 2008, the text of the Lord’s Prayer will correspond to the version of the Bible in official use in all other languages as well.

Thereby the New Apostolic Church is catching up with a development it deliberately delayed in 2001/2002 when it introduced the new Bible versions: the text of the Lord’s Prayer was not adapted at that time (we reported).

The District Apostles’ Meeting also decided to begin the “Video conferencing” project in the international Church administration in Zurich. This internet-based method of communication will save both travelling time and costs. Depending on the outcome, the district apostles will likely be able to connect with one another and the chief apostle more frequently in future, by webcam and computer terminal.

We will continue to report here on other matters discussed at the District Apostles’ Meeting.