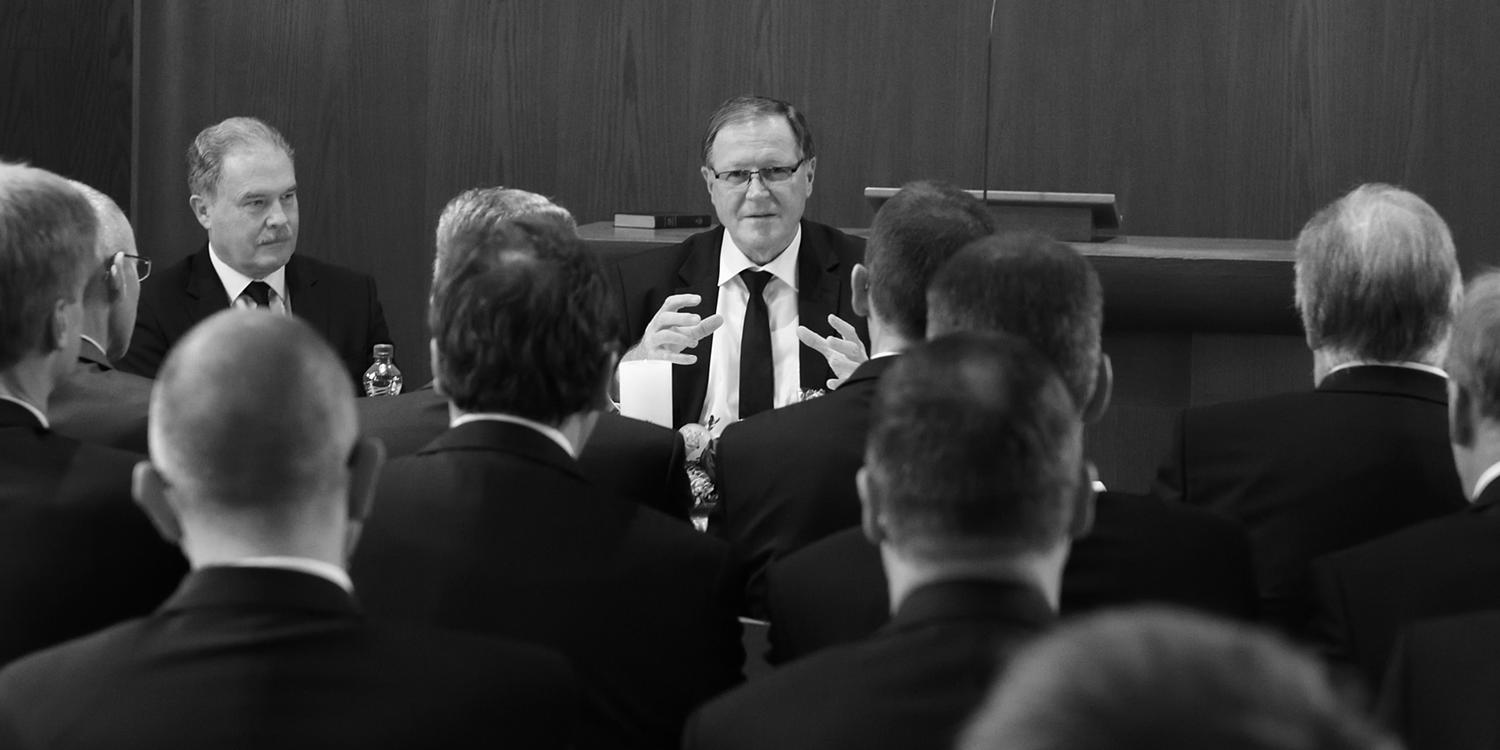 The New Apostolic Church bids farewell to retired District Apostle Markus Fehlbaum. He died yesterday after a long and serious illness. For ten years the Swiss led a large and multilingual working area that included 15 countries.

District Apostle (ret.) Fehlbaum was born on 19 September 1951 in Bienne in Switzerland. He grew up in a New Apostolic home and had a wonderful childhood and youth. Already at a young age, he was actively involved in the missionary work for foreign brothers and sisters.

As a young man he received the ministry of a Sub-deacon on 11 July 1971 and served at various ministerial levels during his 47 years as a minister. On 25 November 2007 Chief Apostle Wilhelm Leber ordained him into the Apostle ministry. Shortly thereafter, on 6 April 2008, he became a District Apostle. On 3 June 2018 Chief Apostle Jean-Luc Schneider retired him in Ostermundigen.

Tirelessly on the move

In his ten years as a District Apostle, Markus Fehlbaum travelled tirelessly. He constantly deepened his language skills in order to build up and foster a close relationship with the brothers and sisters in his working area. The children and the youth always had an important place in his heart, and their care and education were always a special concern of his.

In the death announcement to the brothers and sisters, his successor, District Apostle Jürg Zbinden, expressed his profound sorrow. In his letter to the Apostles, the Chief Apostle wrote: “We gladly intercede in heartfelt prayer for the bereaved, especially for his wife, Annelyse, and his two daughters and their families. May the heavenly Father grant them much comfort, strength, and confidence in these difficult hours of parting.”

The funeral service will take place on Tuesday, 24 August 2021, at 2 p.m. in the New Apostolic church in Bienne, Switzerland. On account of distance and hygiene rules, the number of participants is limited to personally invited guests. The District Church of Switzerland is offering an online transmission.