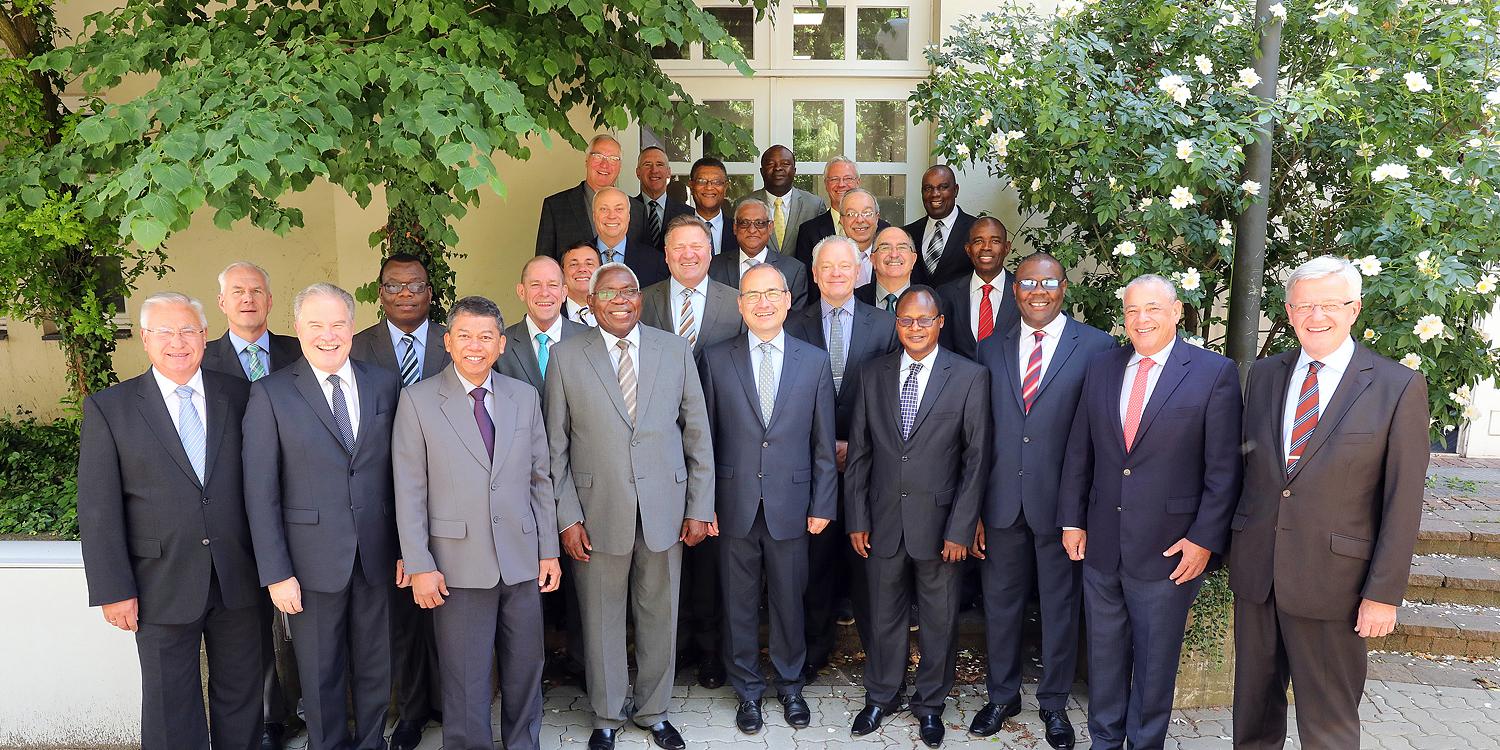 Zurich. There are some congregational duties exercised over the long term that have special significance within the congregation owing to their high pastoral content. From now on, such services and duties will be publicly conferred by way of an assignment.

The New Apostolic Church will take this decisive step on 1 September 2019: sisters and brothers who are not ministers will be sent into the congregation to exercise a special duty, and will receive a public prayer for this purpose. This means that not only ministers—such as the Chief Apostle Helper, District Apostle Helpers, Bishops, or delegates to the district rector or congregational rector—will be assigned. Now it will also be possible for members who do not bear a ministry to be assigned. They perform duties and services that are of a pastoral nature or that serve to provide instruction in doctrine.

At the International District Apostle Meeting in Goslar just prior to Pentecost, the Church leaders passed the following resolutions:

Assignment of teachers and youth leaders

Sisters and brothers who serve as the primarily responsible teacher on either a district or congregational level—be it in Pre-Sunday School, Sunday School, Religious Instruction, or Confirmation Instruction—or who serve as a youth leader over a longer period, will in the future be assigned to these services.

In principle, the assignment is executed by the minister responsible for the working area of the person being assigned. It is executed in the same manner as for ministers. It can be performed in or after a divine service in the presence of the congregation or in the circle of the children / youth.

Termination of appointments and assignments

Those who have been appointed or assigned will be discharged from their appointment or assignment by way of an official act after it has come to an end.

In principle, the completion of a minister’s appointment or assignment is performed by the Apostle or his delegate in a divine service. He expresses his gratitude for the minister’s service, shakes his hand, and takes back the mandate issued to him.

The discharge of members who have been assigned to a spiritual service is performed by either the district rector or congregational rector, depending on the working area in question. It can be performed in or after a divine service.

In addition, the District Apostles have decided that choir and orchestra leaders will not be assigned. Instead, they can be officially introduced to the circle in which they will be active, and a prayer can follow this introduction.

Liturgical framework of the assignment

The liturgical framework for the assignment of sisters and brothers who do not bear a ministry corresponds to that of the assignment of ministers with helper functions. The act of assignment is to be performed solemnly, and begins with an address to those being assigned. Thereafter, the congregation rises, the sister / brother is asked for his / her consent to this assignment. Then the officiant prays for the blessing of God upon this “Yes”, and asks that God may provide the strength and ability required to keep this vow and perform the duties associated with it. The actual assignment then occurs by way of a handshake.