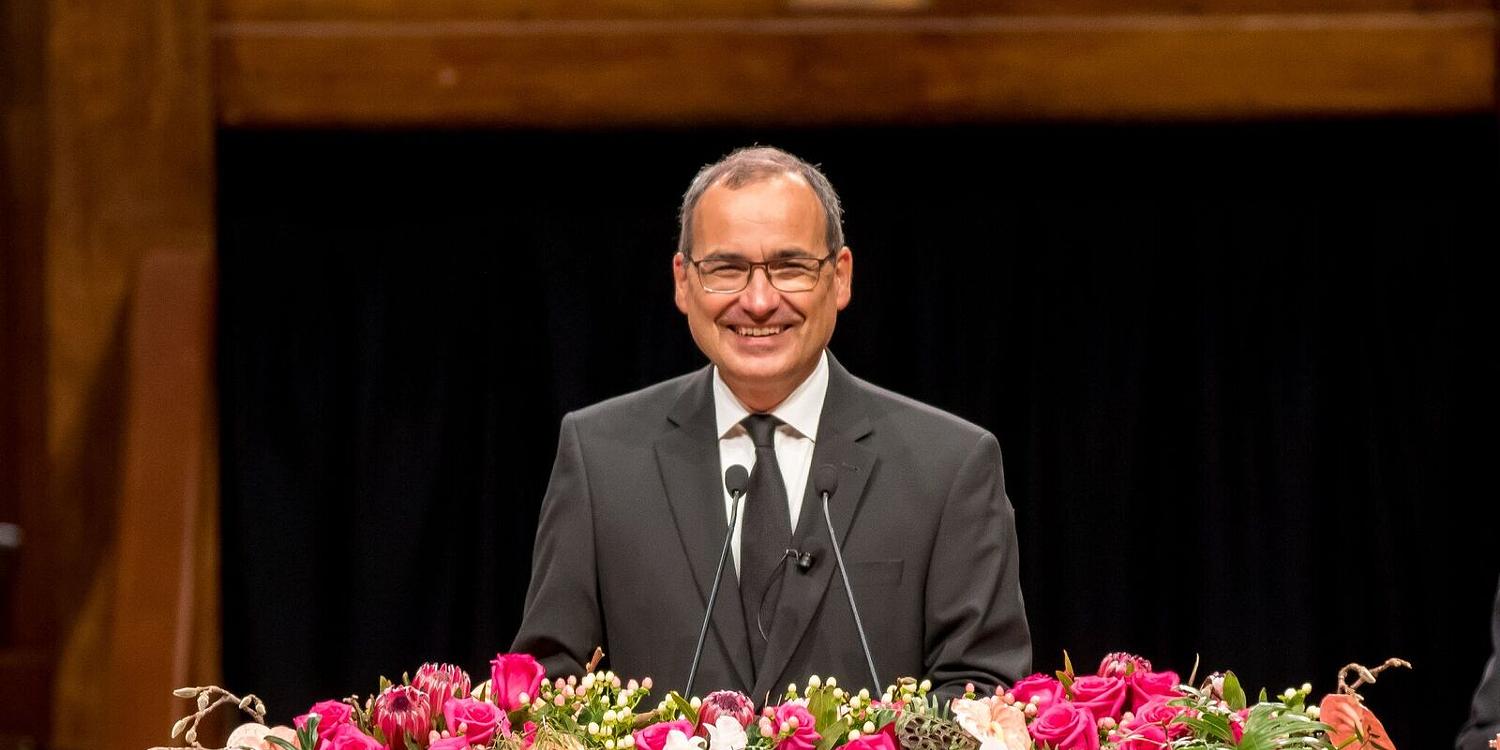 Stammapostel Schneider am Altar in Brisbane

Brisbane/Zurich. A new chapter has begun in the history of the New Apostolic Church in the Land Down Under: District Apostle Andrew Andersen has been given a festive retirement, and at the same time, the Church district that will now be led by his successor has been reconfigured.

“A new chapter in the same book”—it was with these words that the international Church leader, Chief Apostle Jean-Luc Schneider, established the new District Apostle district of the “Western Pacific”, a name with a nice ring to it. The District Churches of Hong Kong, Japan, Korea, Macau, and Taiwan will now be added to the previous Church district of Australia. Newly established alongside numerous other existing District Churches around the world, this District Apostle district will incorporate several countries in the Western Pacific—from Japan to Australia to China. The name of the new District Apostle is Peter Schulte. He had already been assigned as a District Apostle Helper in Australia almost exactly a year ago.  The 54-year-old Church leader lives in Sarina, Queensland. “His succession was long requested in prayer, and stands under the blessing of God. Peter Schulte is a man of faith and great strength. He will lead a large district—and he will do so in his usual calm and collected manner,” says Andrew Andersen, who has now embarked on his well-deserved retirement after serving as District Apostle for seventeen years.

“Andrew Andersen has served with true love, genuine humbleness, and divine wisdom,” wrote Chief Apostle Jean-Luc Schneider of the retiring District Apostle. He went on to state that he had always known the District Apostle to be a faithful friend with a big heart and a subtle sense of humour. The biblical message which formed the basis of the Chief Apostle’s divine service in Brisbane was taken from 1 Peter 1: 3-5: “Blessed be the God and Father of our Lord Jesus Christ, who according to His abundant mercy has begotten us again to a living hope through the resurrection of Jesus Christ from the dead, to an inheritance incorruptible and undefiled and that does not fade away, reserved in heaven for you, who are kept by the power of God through faith for salvation ready to be revealed in the last time.”

“God protects both the inheritance and its heirs,” said the Church leader as he addressed the congregation. The incorruptible, undefiled inheritance that does not fade away is not only likely to be ours, but has already been given by God in Jesus Christ. It is incorruptible because time has no influence on it. It is undefiled because Christ has overcome the power of Satan. It will not fade away because it never loses its value. Chief Apostle Schneider went on to express: “And God not only protects this inheritance, but also protects its heirs.”

Chief Apostle Schneider had scheduled a “Pacific week” in his calendar. On Wednesday, 26 September 2018 he visited the congregation in Hong Kong. In the divine service there he expressed his warm gratitude to District Apostle Urs Hebeisen, who has for many years led the District Church there. The latter is only a short time away from retirement himself, and that event is scheduled to take place in November 2018. His successor has already been chosen: Apostle Edy Isnugroho will in future be responsible for the leadership of the New Apostolic congregations in South East Asia. The congregations in Hong Kong, Japan, Korea, Macau, and Taiwan will be integrated into the newly established District Apostle district of the Western Pacific with immediate effect. 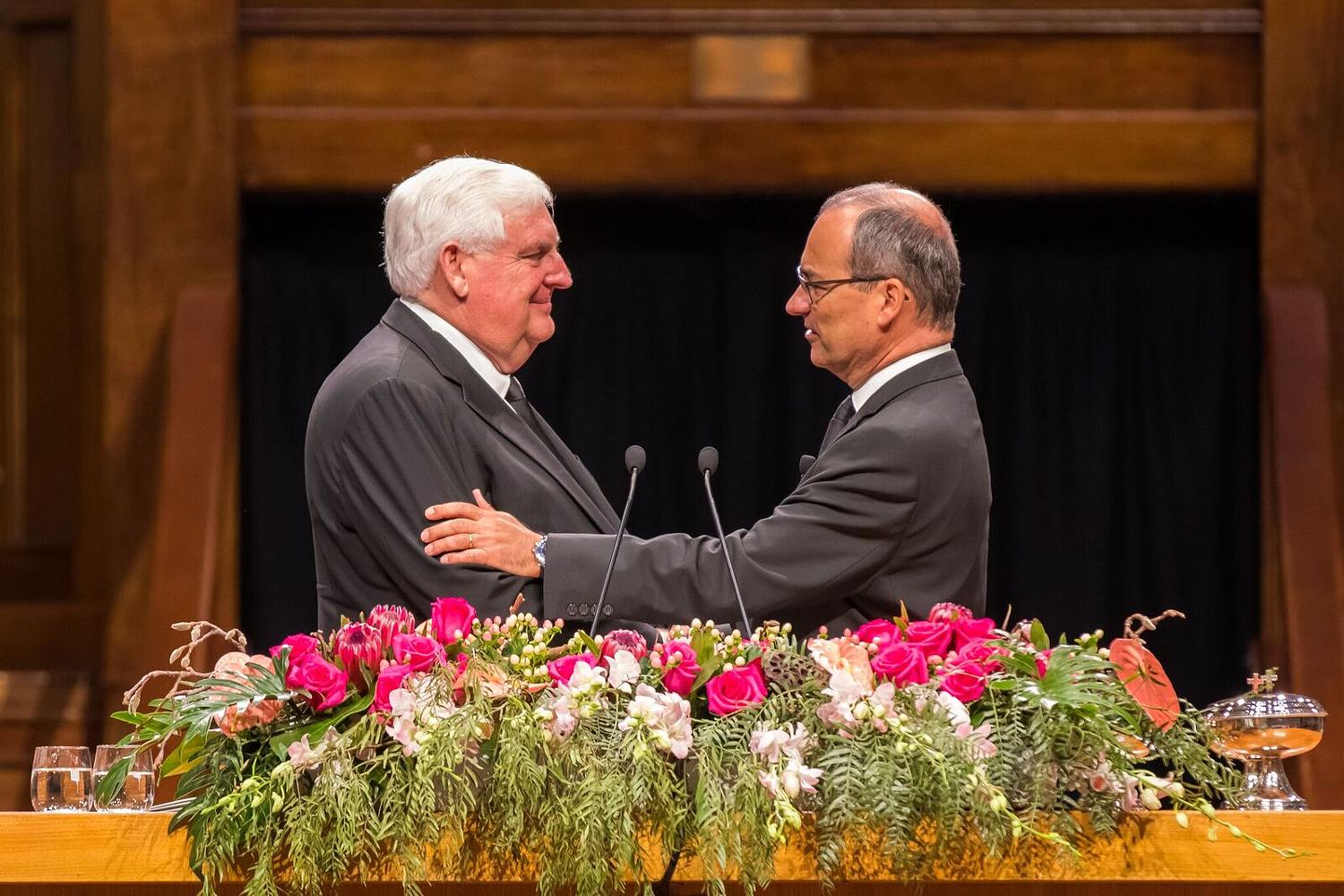 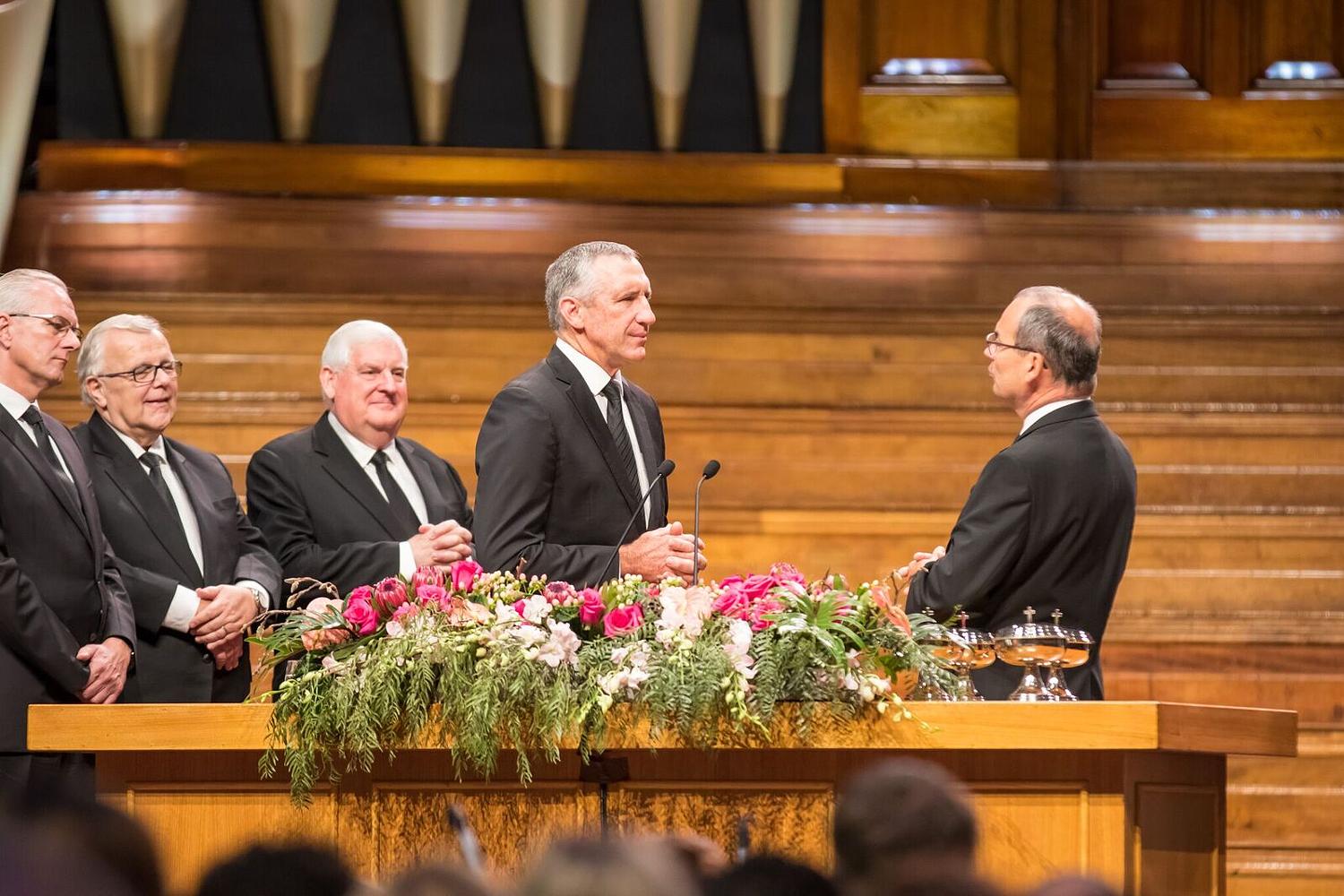 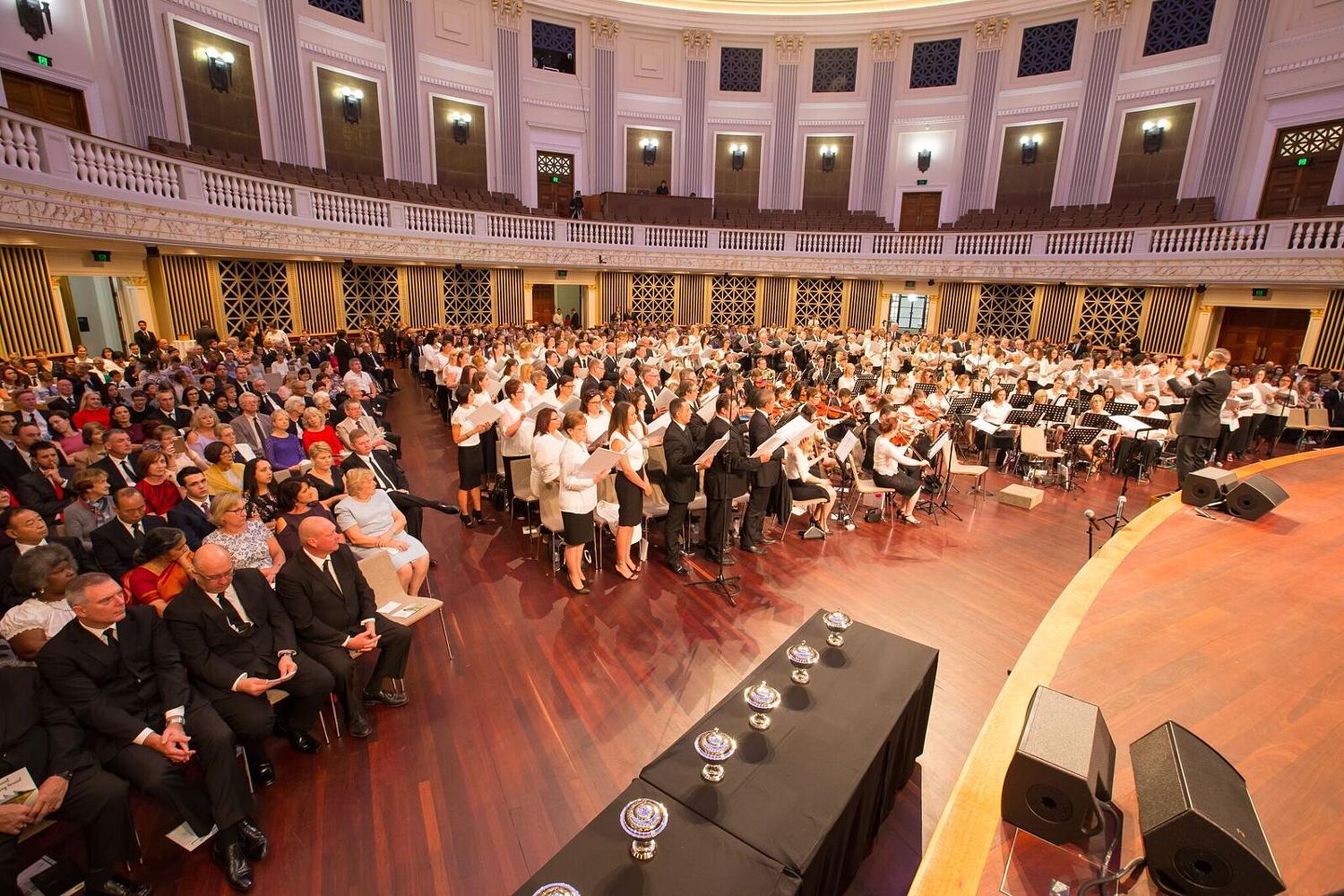