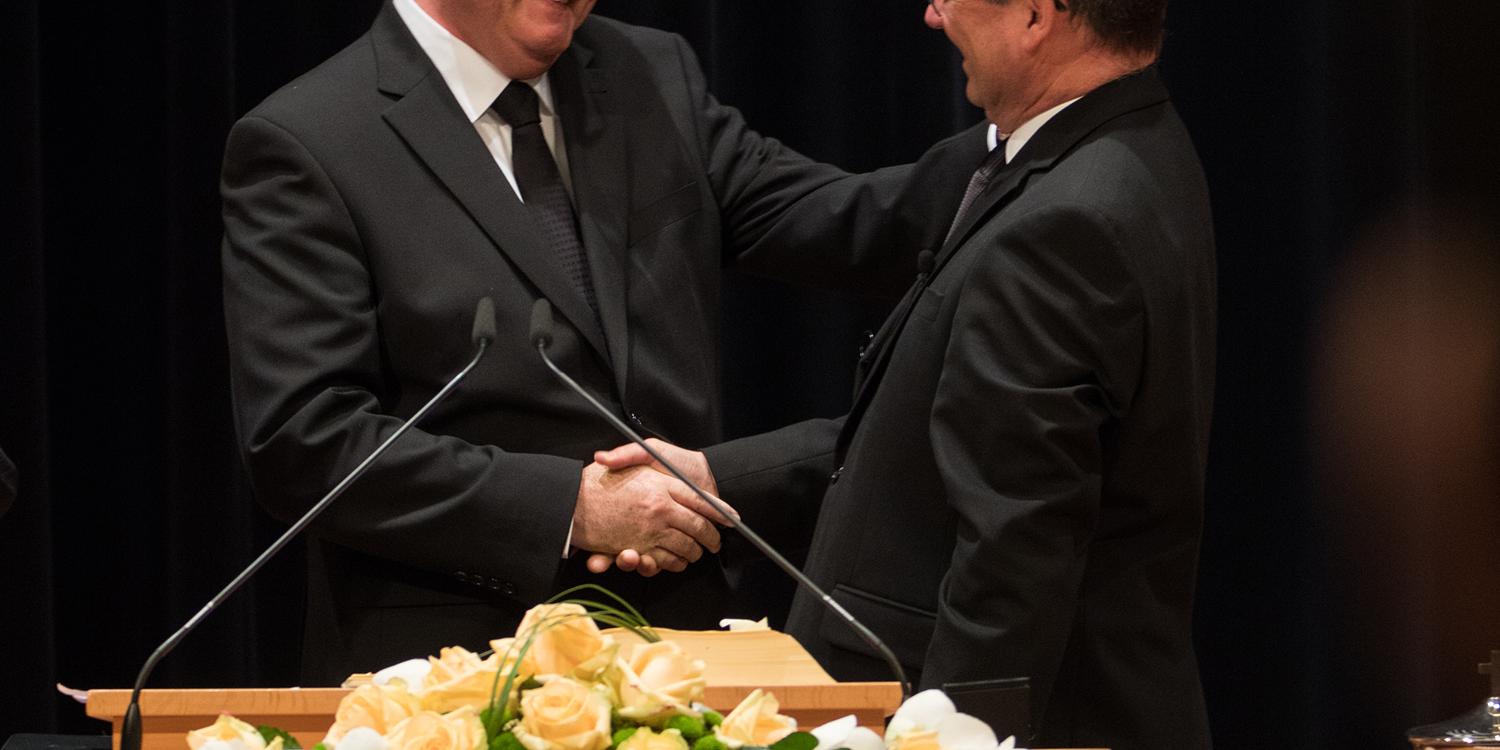 A man with a “memory of the heart”

Zurich/Dieburg. Sunday, 25 February 2018: Chief Apostle Jean-Luc Schneider has given his fellow servant, District Apostle Bernd Koberstein, a festive retirement. So begins a new era for the 65-year-old and his family—as well as the District Apostle district he has led for years.

During the retirement, the Church leader described him as a man with a “memory of the heart”. “District Apostle Koberstein really knew how to get close to the people in his surroundings and how to deal with them on a personal level.” The Chief Apostle gave an example to illustrate: as a new District Apostle in the District Church of France, District Apostle Koberstein had memorised all the names of the district leaders and their wives within the shortest possible amount of time—and had even learned French to boot! “Whatever you did, you always did with complete dedication and with your whole heart,” said the Chief Apostle, as he paid tribute to the retiring District Apostle.

Measuring ourselves by Christ

For nine years, District Apostle Bernd Koberstein was the responsible Church leader in the individual New Apostolic national churches in Egypt, Belgium, Burkina Faso, Cyprus, France, Gambia, Germany (Hesse/Rhineland-Palatinate/Saarland), Greece, Iraq, Iran, Jordan, Lebanon, Luxembourg, Mali, Niger, Senegal, Syria, Tunisia, and Turkey—a task associated with a huge amount of travelling and a broad cultural vision. “All of this can only work,” said the retiring District Apostle as he served along in his last sermon on Sunday, “when Christians measure themselves by Christ!” His appeal to the congregation: “Let us keep our enthusiasm for Christ!” A Christian life is both a call and a signal to those around us. “Christ must actually be within anything that is labelled Christian.”

Both a friend and a colleague

Chief Apostle Schneider also recalled that District Apostle Koberstein was a participant in various Project Groups and Work Groups of the international Church, as well as a true and loyal friend—and dedicated colleague—in the international circle of District Apostles. Among other things, he was a significant contributor in the production of the Catechism of the New Apostolic Church. “Thank you for all your prayers and sacrifices, your wonderful love, and your great work,” said the Chief Apostle as he concluded his address before retiring District Apostle Koberstein.

A great deal of work and many prayers

District Apostle Rainer Storck (60) from Rheinberg/North Rhine-Westphalia will now take over the working area of his predecessor. In Germany, the two national churches of North Rhine-Westphalia and Hesse/Rhineland-Palatinate/Saarland have already been amalgamated into the new District Church of Western Germany (we reported). “You are not alone!” said the Chief Apostle, as he encouraged his brother in his future task. “There are many Apostles and ministers, many congregations, who will help and pray for you!”

Congregations in more than 40 countries

In addition to the District Apostle, the newly established New Apostolic Church of Western Germany is served by seven Apostles and twelve Bishops. Together they care for some 115,000 New Apostolic Christians in over 500 congregations in the German states of Hesse, North Rhine-Westphalia, Rhineland-Palatinate, and Saarland. The new District Church also cares for many thousands more congregations in over 40 countries and regions. 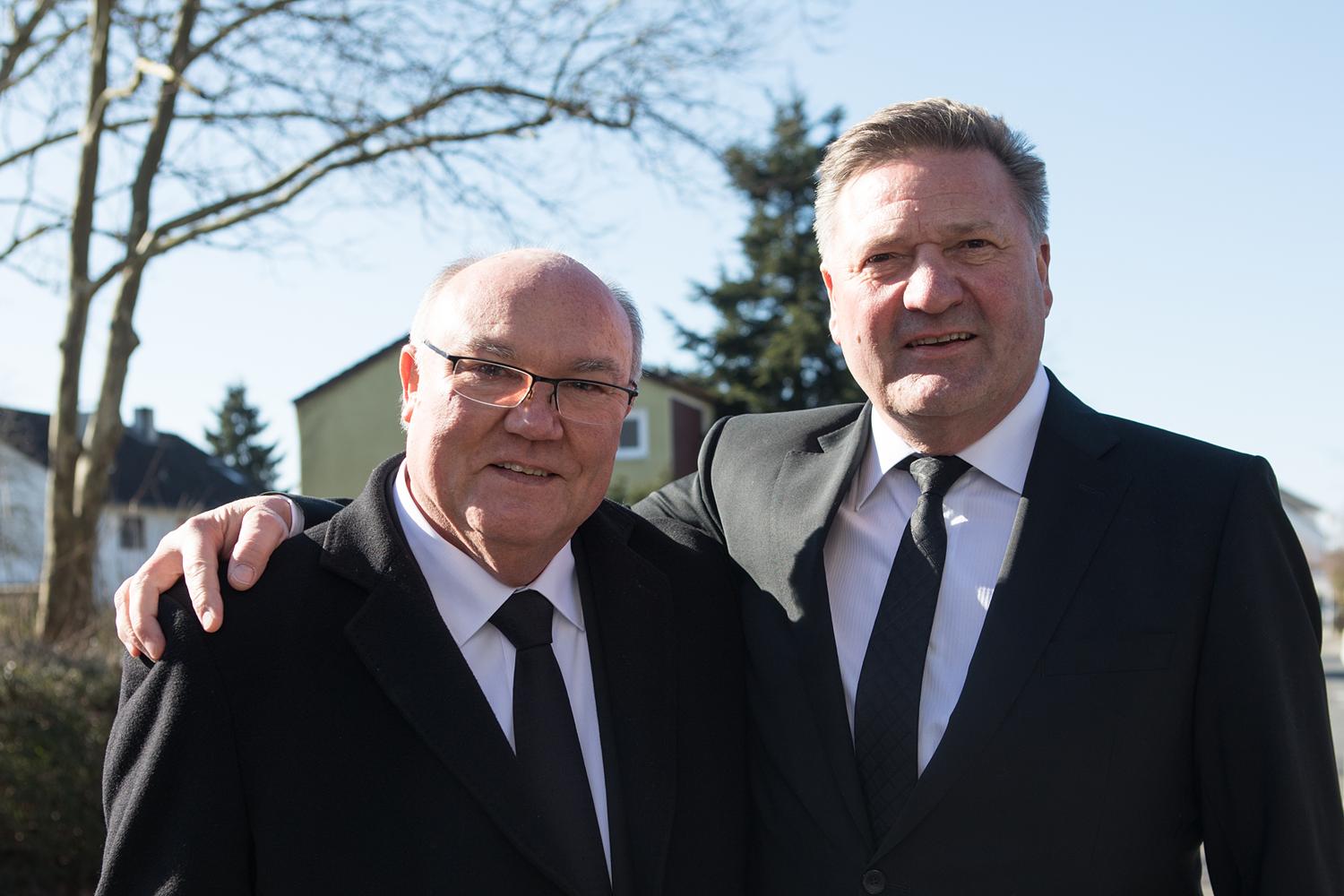 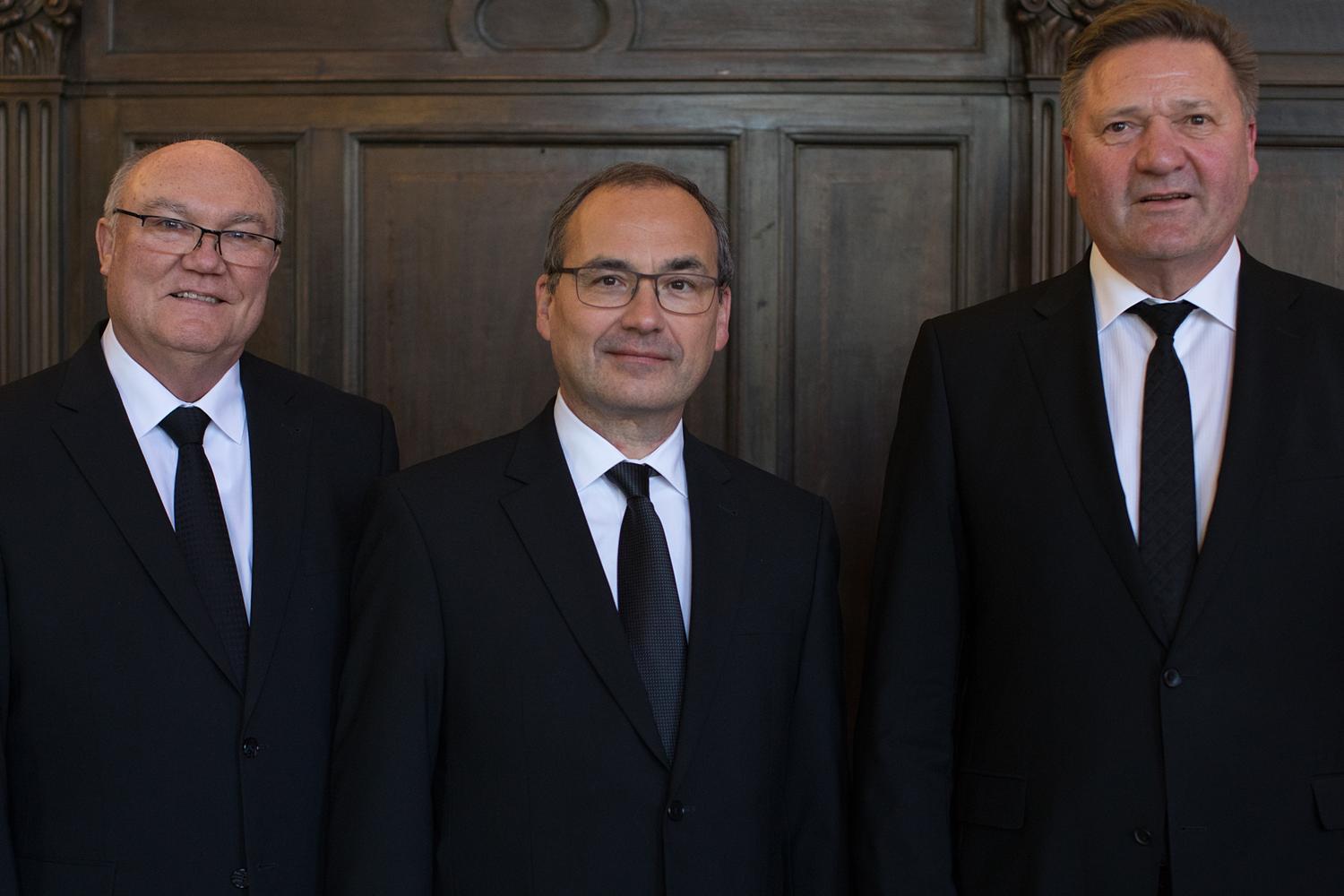