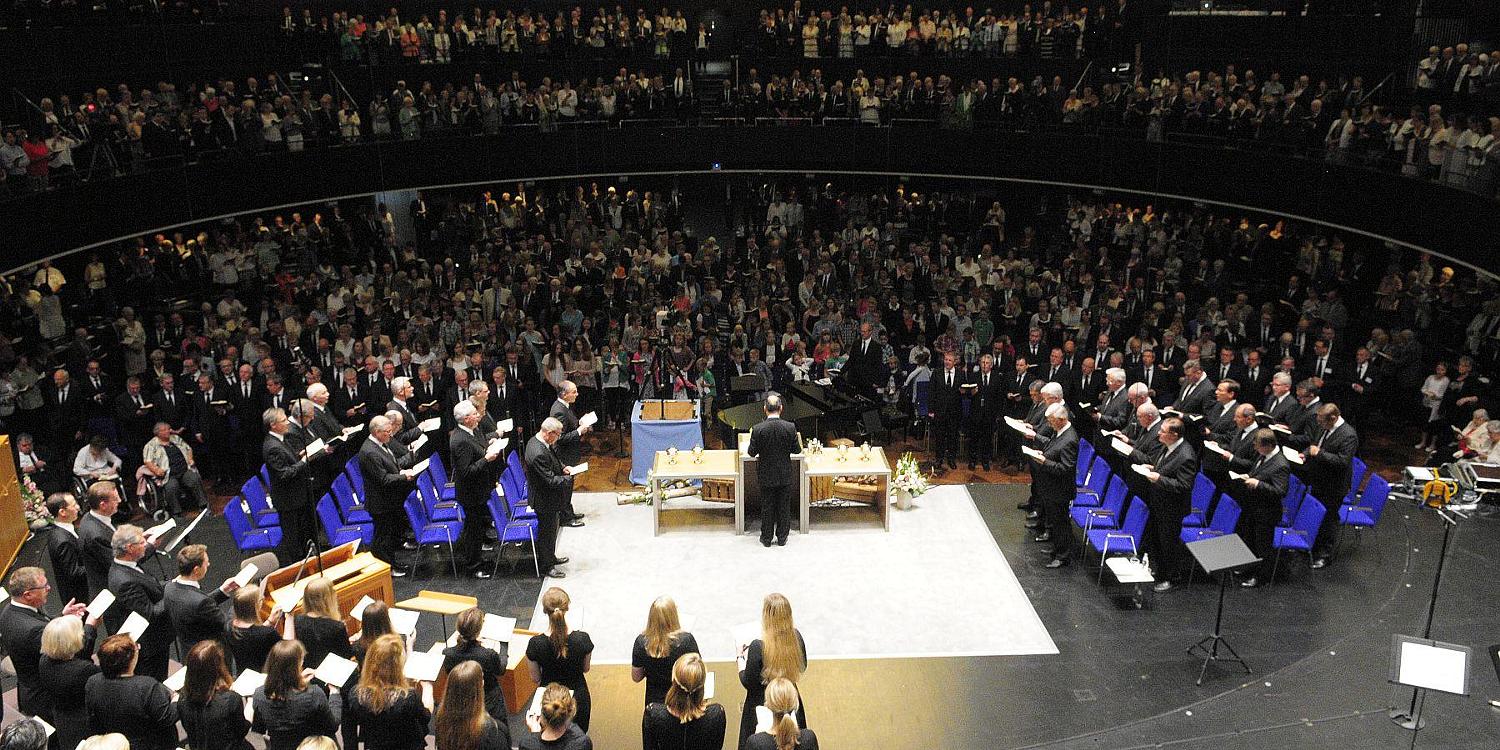 Hannover/Zurich. Chief Apostle Jean-Luc Schneider conducted the divine service on Sunday, 19 June 2016 in Hannover, where he festively retired District Apostle Wilfried Klingler (67), who had served in ministry for many years. At the same time, he transferred the leadership of the District Churches of Lower Saxony, Saxony-Anhalt, Saxony, and Thuringia to the care of District Apostle Rüdiger Krause—which has created the largest District Apostle District in Germany.

As he addressed his retiring friend, District Apostle Klingler, the Chief Apostle remarked that while he had already presided over a number of retirements, this one was not so easy. The two of them had not only worked together, but had also developed a wonderful friendship. “I would very simply like to express our thanks to you, namely the thanks of the congregation, of this large host of children of God, including those who are already in the beyond. I would very simply like to thank you for being an Apostle of Jesus Christ.”

The change had already been announced last year. The new District Apostle district bears the name “New Apostolic Church of Northern and Eastern Germany”. Geographically, it incorporates the federal states of Bremen, Hamburg, Mecklenburg-Vorpommern, Lower Saxony, Schleswig-Holstein, Saxony, Saxony-Anhalt, and Thuringia. Other District Churches in the British Isles and Northern Europe, from Greenland to Scandinavia to Estonia, as well as the Church in Poland, are also integrated into this new District Apostle district.

The designation for the newly formed District Church entity was determined in a survey. Ultimately, it was the compromise of “Northern and Eastern Germany” that won the day. In the survey, this geographic combination was among the five most frequently mentioned. Concerning this, District Apostle Krause remarked, “While the new name is a compromise, as it does not really cover all the regions equally, I think it is the best compromise because, by and large, both of the previous regions are represented in it.”

“Do not be worried”

The new District Apostle for this large region is Rüdiger Krause. He lives in Hamburg, and has led the District Church of Northern Germany for the past five years. “It was neither his wish nor his own decision to take on this new assignment,” noted Chief Apostle Schneider as he appointed the District Apostle during the divine service in Hannover. It was his own desire as international Church leader to proceed in this manner, on the basis of the foreseeable demographic developments in Germany. “Do not be worried. God will be with you—and with your brethren in faith in the congregation.” It was with these words that the Church leader sent the District Apostle out into his new working area.

On Sunday, the newly amalgamated District Church also unveiled a new website of its own. On it readers can explore all the details about the past weekend in Hannover. The New Apostolic news magazine nac.today will also report on the subject. 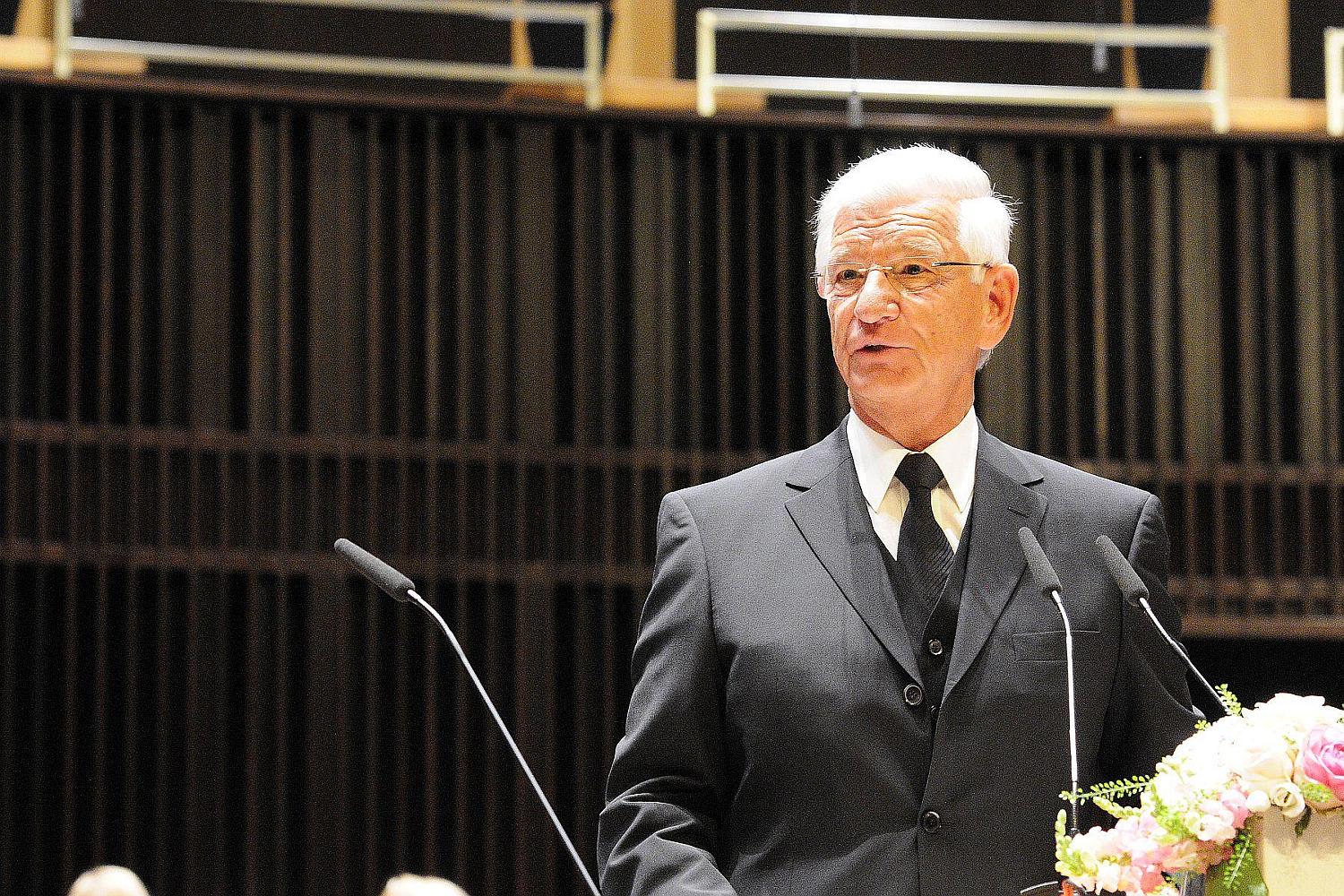 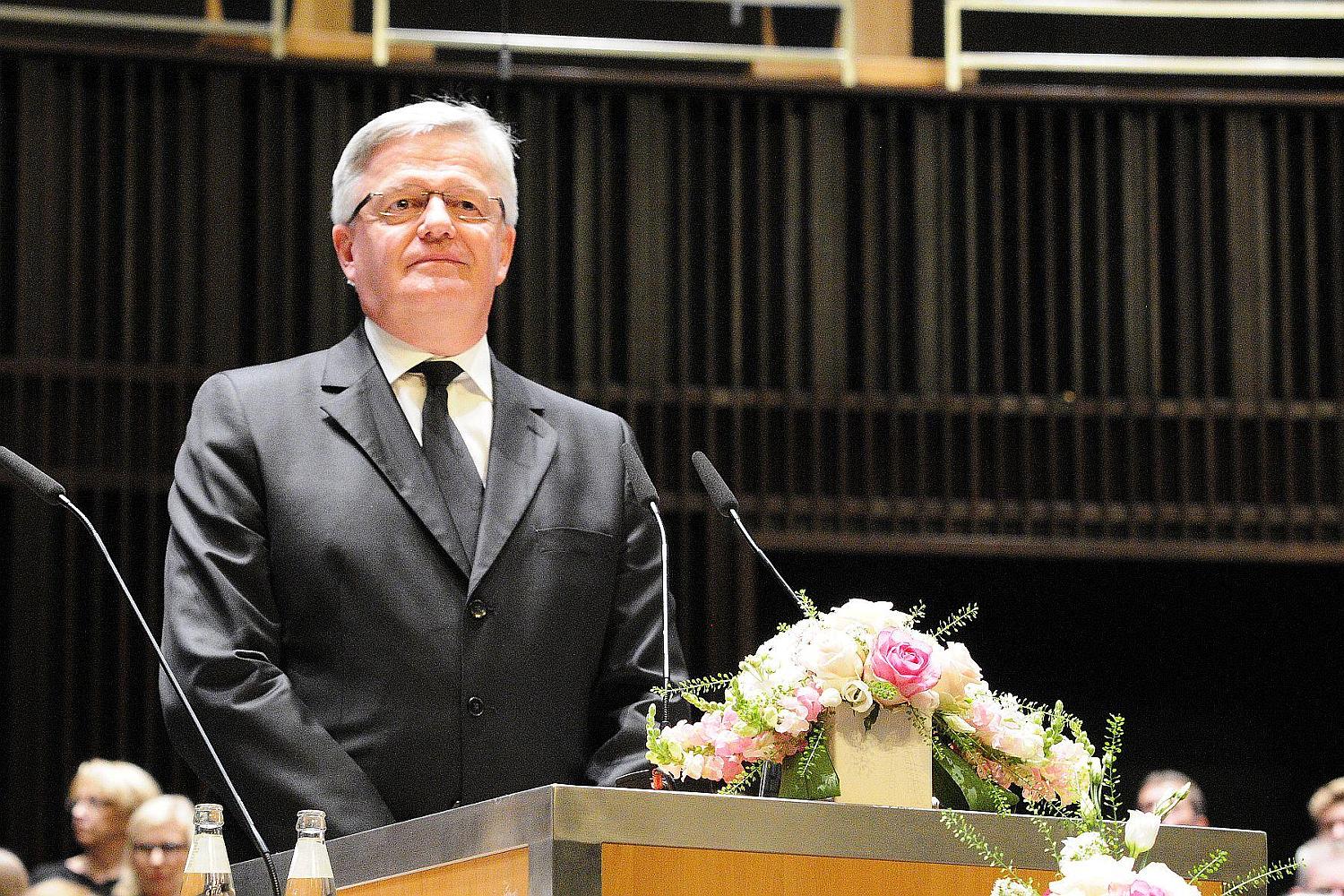