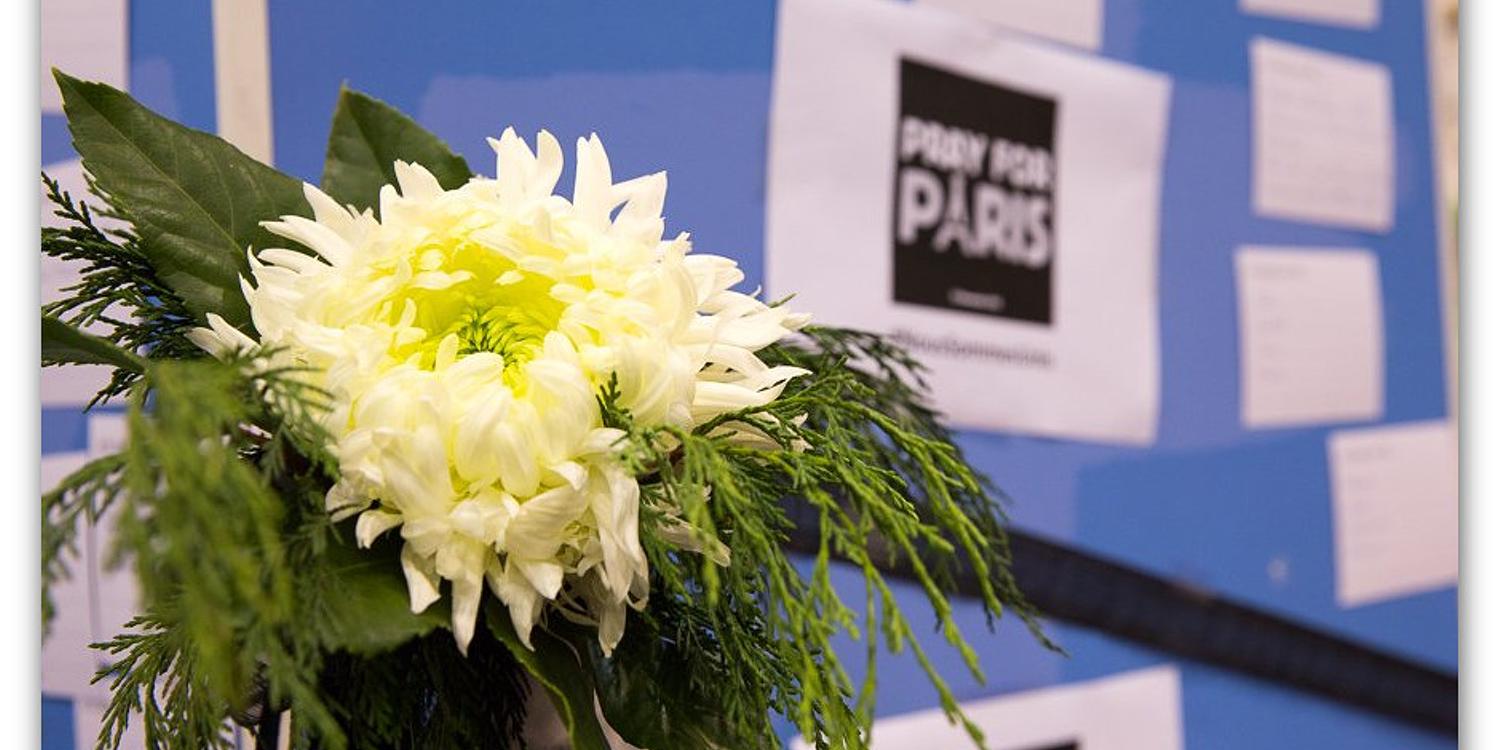 A showing of great solidarity with terror victims in Paris

Zurich/Paris. Bernd Koberstein, the District Apostle responsible for the New Apostolic Church in France, has turned to the public with an address of condolence. In it he writes of the great sadness and devastation he felt upon learning of the events that transpired in Paris. One of the explosions occurred in the direct vicinity of our church in Paris-Centre. Last Sunday morning’s divine service was cancelled by Apostle Jeannot Leibfried as a precaution.

Since Christmas 2012, District Apostle Bernd Koberstein has been responsible for the New Apostolic Church in France. In his comments yesterday, he mentioned how special it felt that his previously planned schedule had already brought him to the district of Algrange-Metz on 15 November 2015. As a result, he was able to be very close to his brothers and sisters in the church in Metz and all of France. “We experienced a very special and profound divine service,” said the Church leader. He began the service by expressing thoughts of sympathy. He then asked the congregation to rise and join in a special prayer for all victims and all those suffering in France.

Beyond that, he was accompanied by a wave of solidarity from the brothers and sisters of Germany. In many e-mails, they promised to intercede in sincere prayer for all their brethren in faith in France, but also for all the victims and those who had survived them. This was part of his message of condolence to the congregation.

Letter of condolence to the congregations

This Wednesday and Sunday, a letter from the District Apostle will be read out to the congregations of France. It is also by way of this letter that the lead minister hopes to show his nearness to the brethren in these special days.  In it he writes, among other things, that on this past Sunday he had had the opportunity to speak to two young brothers who had lost two of their friends in the Paris attacks. “I took the two of them into my arms and promised to pray for them and all those affected.”

“In such moments of grief and consternation,” the letter goes on to say, “we turn to our heavenly Father and place our tiny child’s hand in His great Fatherly hand. Then we will be comforted and feel secure in Him. And let us pray together—for ourselves, for the victims, and for all who suffer as a result.”

Words of comfort and solidarity

The other District Apostles of Europe have also brought their solidarity to expression. District Apostle Markus Fehlbaum from Switzerland noted that many horrific things had occurred over the night between Friday and Saturday. “There are so many people who are in need and in great difficulty in this world. Many people suffer as a result of terror, extremism, and war. We are becoming more and more aware of how difficult it has become to live in peace here in this world.”

The District Apostles of Germany have likewise written letters to their congregations expressing their condolences and sadness. District Apostle Rüdiger Krause from Hamburg put the focus squarely on our trust in God, and called for sober thought: “Any attempt to confuse these events with the matter of the refugee influx would be inappropriate and beside the point. Let us act soberly out of the power of the Holy Spirit, and seek the nearness of our God, who always has been, and always will be, our refuge.”

“We are shattered as we confront this situation, and it moves us in a special way because it has happened so close to us,” expressed District Apostle Rainer Storck, leader of the New Apostolic Church of North Rhine-Westphalia. “Let us please pray especially for the victims and their loved ones—but also for peace around the world.”

It was already early on Saturday morning that the New Apostolic Church International responded to the terror attacks in Paris. Its spokesman Peter Johanning expressed: “We are stunned. Already there are 120 dead, along with many injured and traumatized individuals. The scene is nothing short of appalling. We do not yet know the whole background, but it is certainly clear that we must pray and connect our thoughts with those who expect our solidarity and help in these moments! May God our Lord lay His peace into their hearts!”

Confidence in the Lord

And yesterday, in a divine service he conducted in Zwickau, Chief Apostle Jean-Luc Schneider likewise reacted to the dreadful events in Paris. He too brought his solidarity and sympathy to expression and spoke of the grief of the Christian: “Every week, terrible events occur somewhere around the world. At present we grieve for the victims in France, Kenya, Afghanistan, Syria, and elsewhere. They are our fellow human beings, and they find themselves in deep suffering.” Thereafter he read as follows from the 27th Psalm: “Though war may rise against me, in this will I be confident. One thing have I desired of the Lord, that will I seek; that I may dwell in the house of the Lord all the days of my life” (from verses 3 and 4).

We report on the reaction of the international Church leader, Chief Apostle Jean-Luc Schneider, in a video presentation on nac.today. 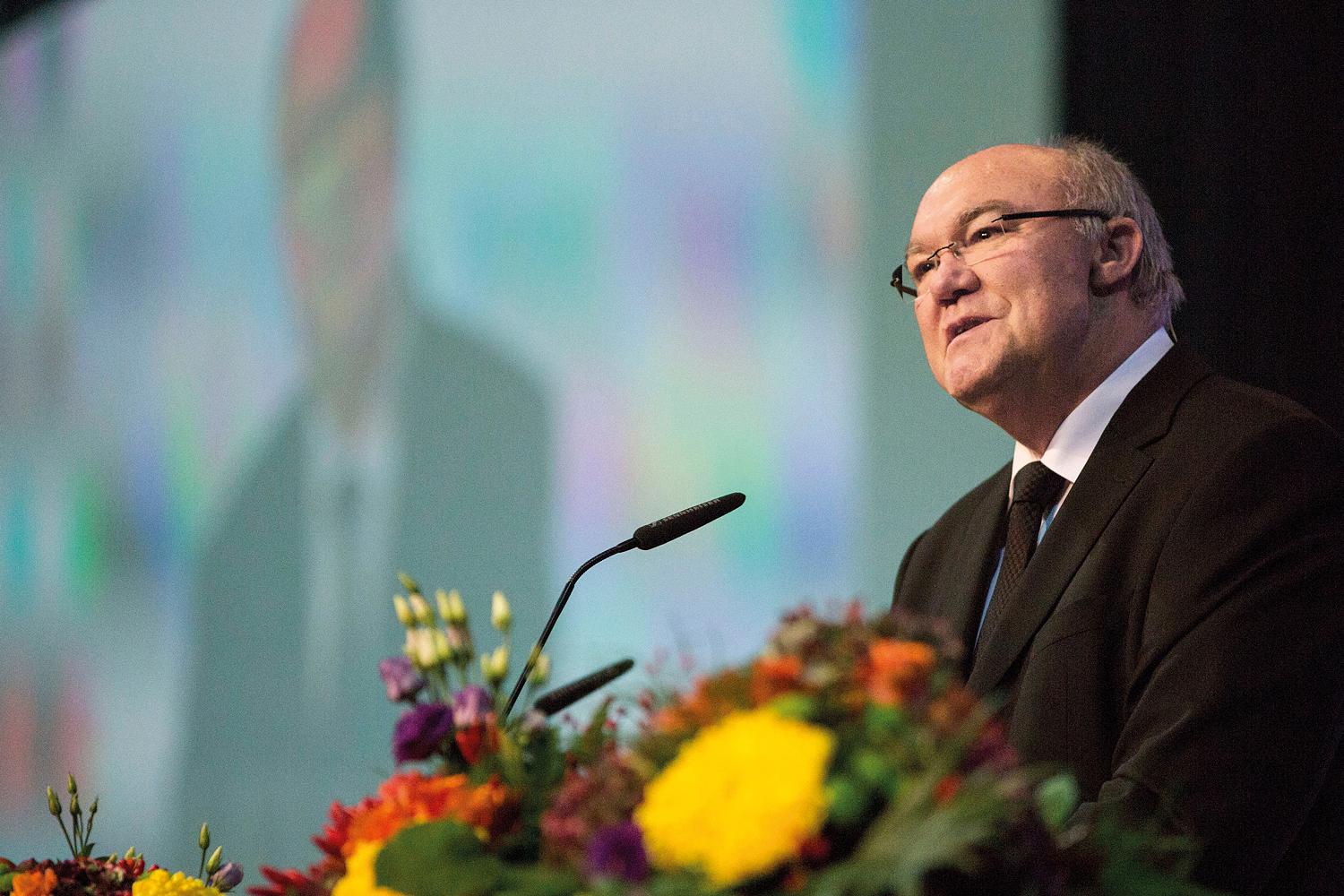