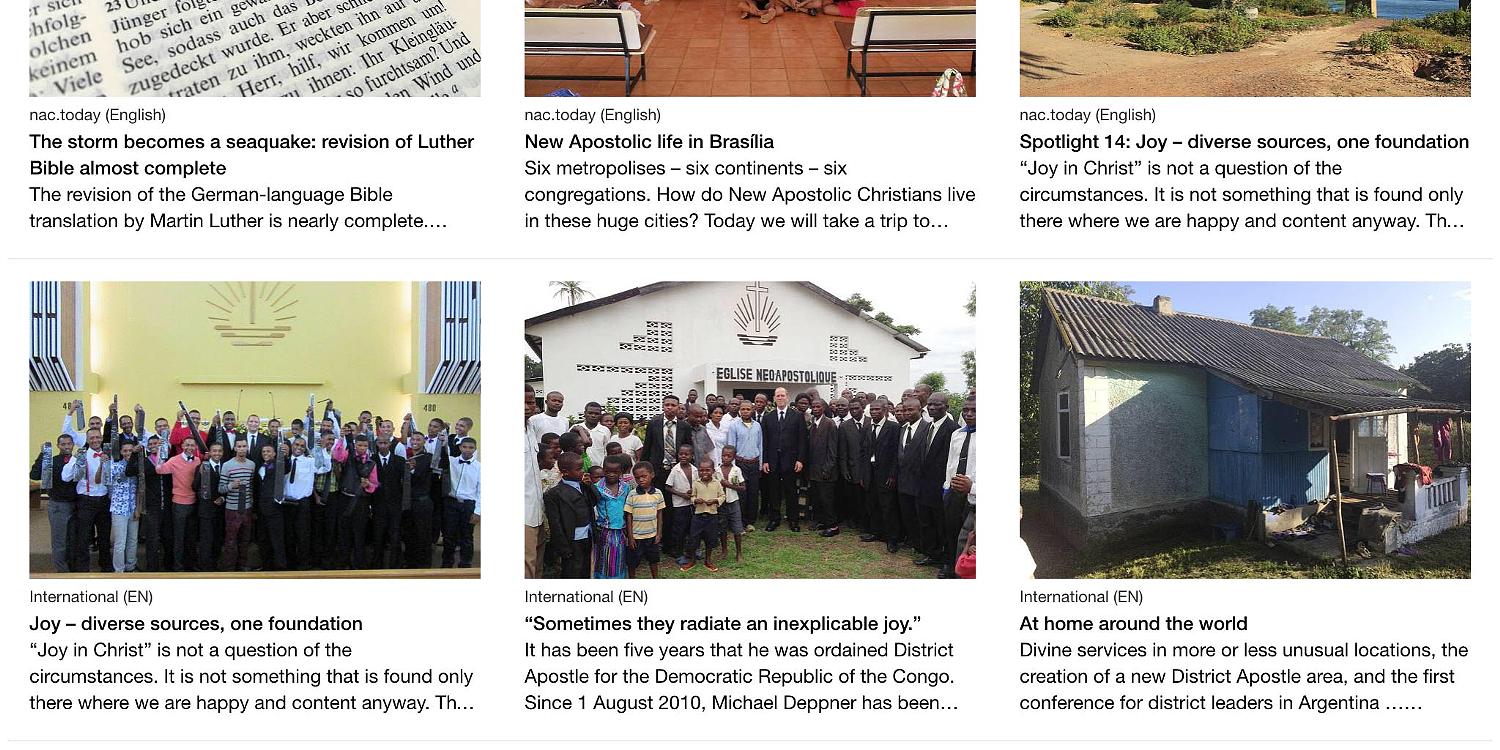 With a single click, users can receive news from around the NAC world on their smart phones or tablets. As of 17 August 2015, the app will be upgraded with an optimized viewer, push functionality, and a Spanish-language option.

For a number of years now, the New Apostolic Church International has provided an application for viewing news from around the NAC world. The application, more colloquially termed an “app”, has been in use by many thousands of Church members for daily information since 2010. The software can be installed very quickly on mobile devices. Once installed, the app features an overview of constantly updated news from participating websites all around the world, without the need for further registration or log-in.

At the turn of the year, the NAC News app will be renamed “nacnews”. The app will have a new logo and will thus be clearly identifiable as one of several Church-owned media offers. The app will support devices running iOS and Android.

The new version has adapted the viewer to accommodate increasingly popular large displays. Tablet users will see their own, multicolumn presentation of the news. The new app makes optimal use of the space on larger displays.

Starting in August users can subscribe to individual feeds in the app. With these subscriptions, news items from selected websites can be shown right in the display via push notification as soon as they are published. Important information will thus appear even more quickly.

At this time the app will also feature a Spanish-language channel to supplement its selection of news, also known as “feeds”. Users will be able to choose to see their news in English, French, German, and/or Spanish. The individual app settings can also be adjusted to accommodate any of these four languages.

Many details of the nacnews app have been optimized in version 3 or completely redeveloped, such as

Editors from any District Church or Church district can have news from their own websites directly integrated into the nacnews app at any time. By way of an interface, the app will automatically collect news articles and display them for all interested readers to view.

Contact information for editors and webmasters for integration into the nacnews app: info@nac.today 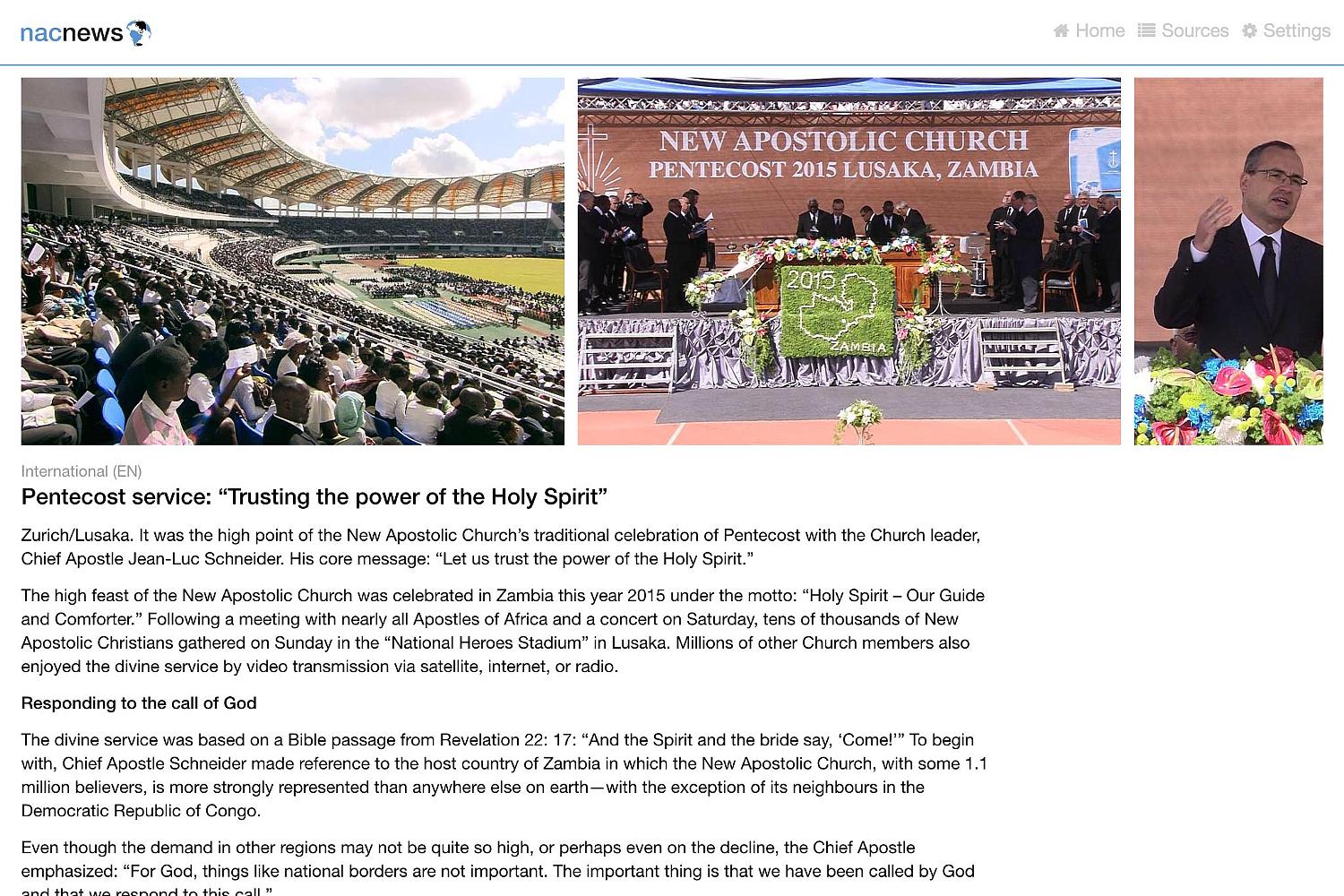