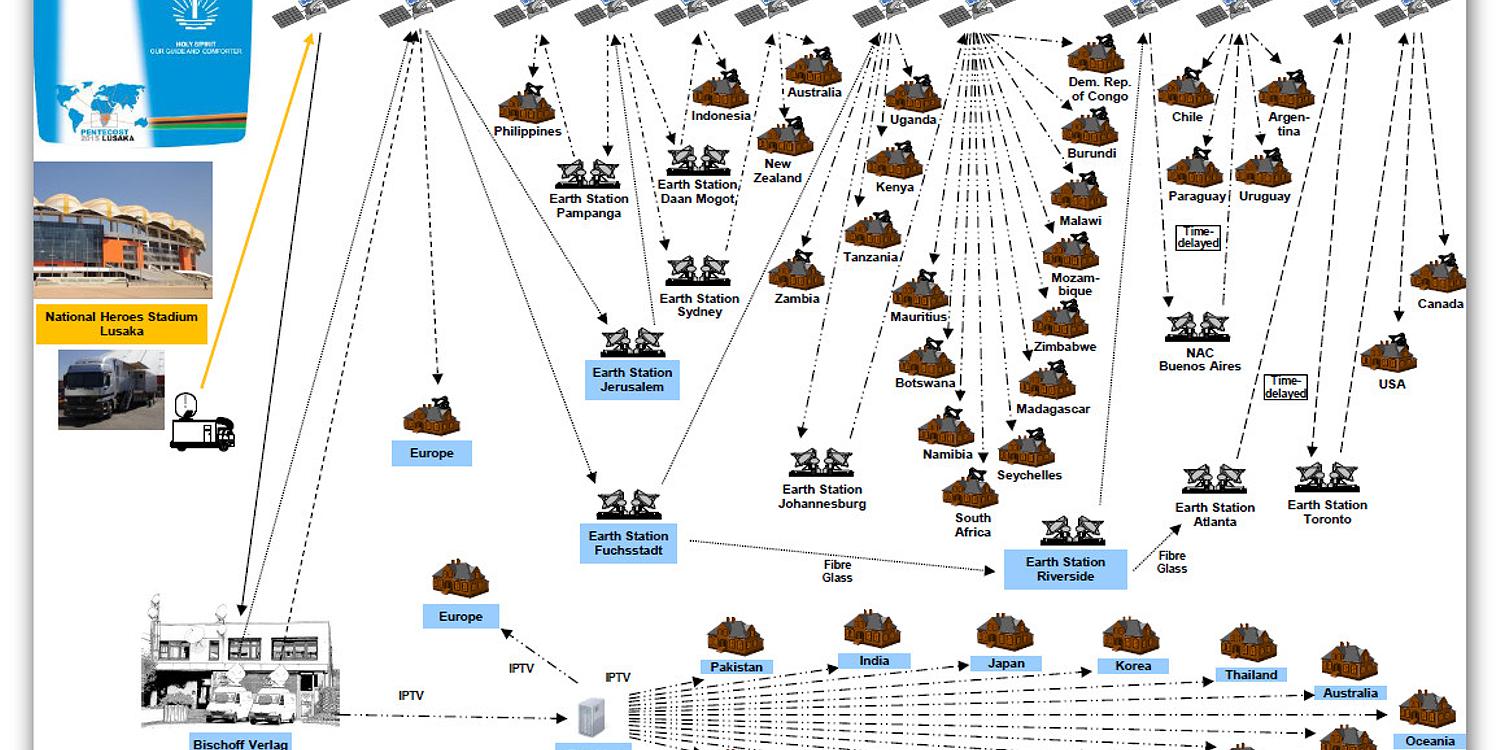 Pentecost service: Millions of believers tuned in around the world

Zurich/Lusaka. For New Apostolic Christians, the divine service on Pentecost is special in several respects, as there have already been regular satellite transmissions of the divine service conducted by the Church leader for years. For this year’s celebration of Pentecost, Chief Apostle Jean-Luc Schneider is expected in the African country of Zambia. Once again, thousands of congregations throughout the world will be connected by video signal.

Approximately 70,000 attendees will be able to enjoy the divine service event locally. The venue on this occasion is the “National Heroes Stadium” in Lusaka, the capital of Zambia. Chief Apostle Schneider will preach in English and be translated phrase for phrase into the national language of Nyanja. Other interpreters will be seated in booths in order to translate the service into German, French, Kiswahili, Portuguese, and Spanish, both for those in attendance locally and for transmission to the broadcasting centre in Frankfurt.

Divine service in 25 languages and in 100 countries

A transmission agency from South Africa will record the divine service with cameras and microphones, and send these recordings—together with the various translation feeds—via satellite to Germany, specifically to the Church-owned Bischoff publishing house in Frankfurt am Main. From there the signal will be translated into another 18 languages, which means that the divine service will be transmitted in a total of 25 languages and transmitted via satellite, fibre optic cable, and radio to 100 countries on all continents!

For congregations in South East Asia, as well as specific countries in Africa and other believers who cannot be reached by satellite, it is also possible to access the service through the internet. For this purpose there are thirteen so-called streams available in various bandwidths and levels of quality, as well as different languages. Owing to the time difference in the Americas, the transmission will be recorded and transmitted to the congregations there at a later point in time.

The first audio transmission already took place in 1946, and at the time, this occurred over the telephone network. In 1951 this was followed by the first audio transmission by post cable to some 40,000 connected believers throughout Germany. As far back as the early 1980s, the audio signal was gradually accompanied more and more often by a video feed, thanks to microwave technology. Finally the year 1990 ushered in a first: the long prepared change-over to satellite transmission brought the divine service to over 800 receiving stations throughout Western Europe. This means that the New Apostolic Church celebrates 25 years of satellite transmissions this year.

Since the mid-1990s the annual Pentecost service has also been transmitted to the USA and Canada, Southern Africa, and in the meantime also to South America. Countries in South East Asia and Australia joined the party for the first time in 2005, and transmissions have been possible by internet as of 2007.

At present there are over 1,600 New Apostolic congregations in more than 40 countries throughout Europe and parts of Asia that are equipped to receive divine services by satellite and, in some cases, internet. The area stretches from Scandinavia in the north all the way to Madeira, Malta, Cyprus, and Israel in the south, and from the Azores in the west to beyond the Ural region in the east.

From this year’s transmission site in Lusaka, the signal will cover some 144,000 kilometres before it reaches these receiving stations—and it only requires a few seconds in order to do so.

You can also read our report on nac.today as well as our file on Pentecost. 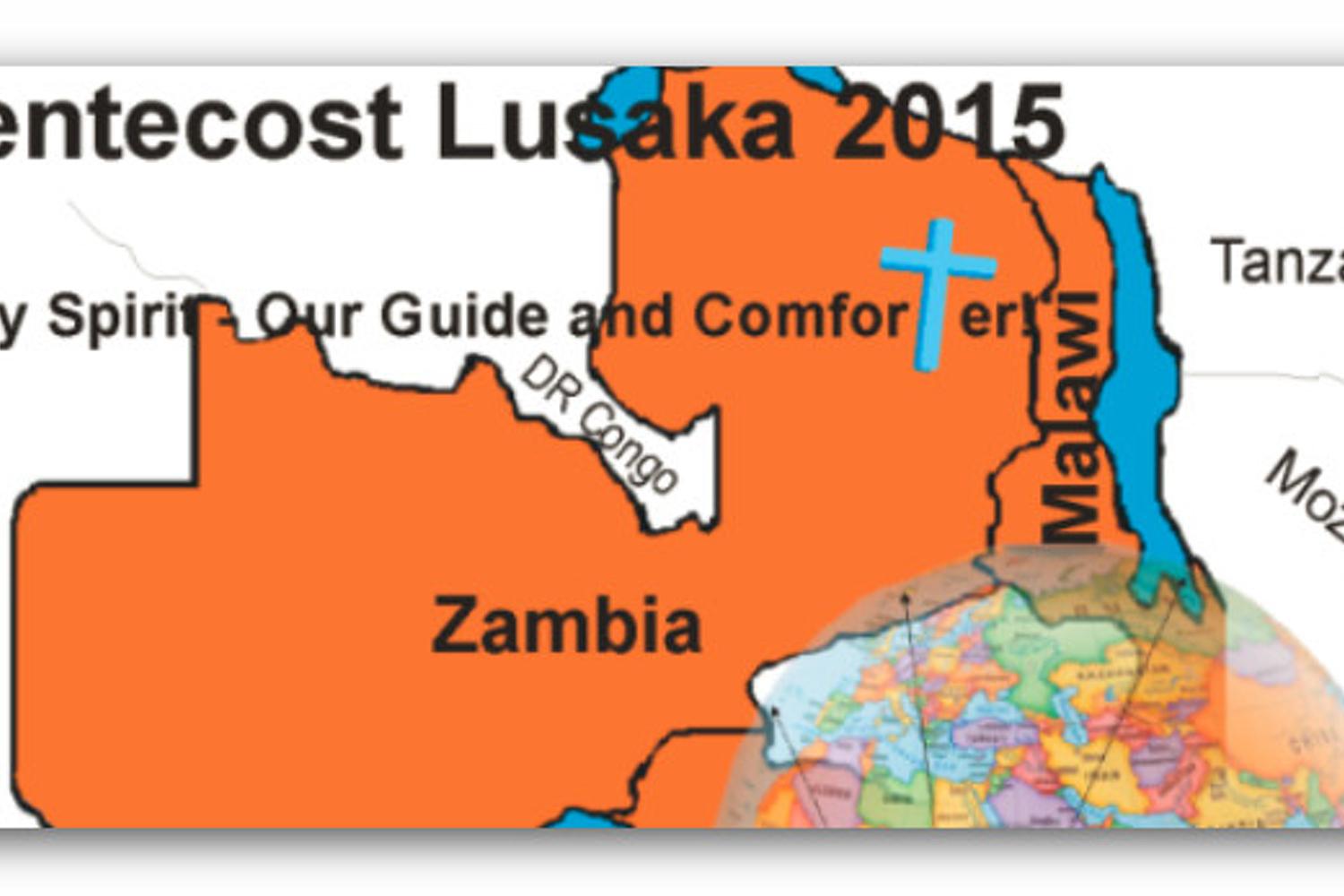