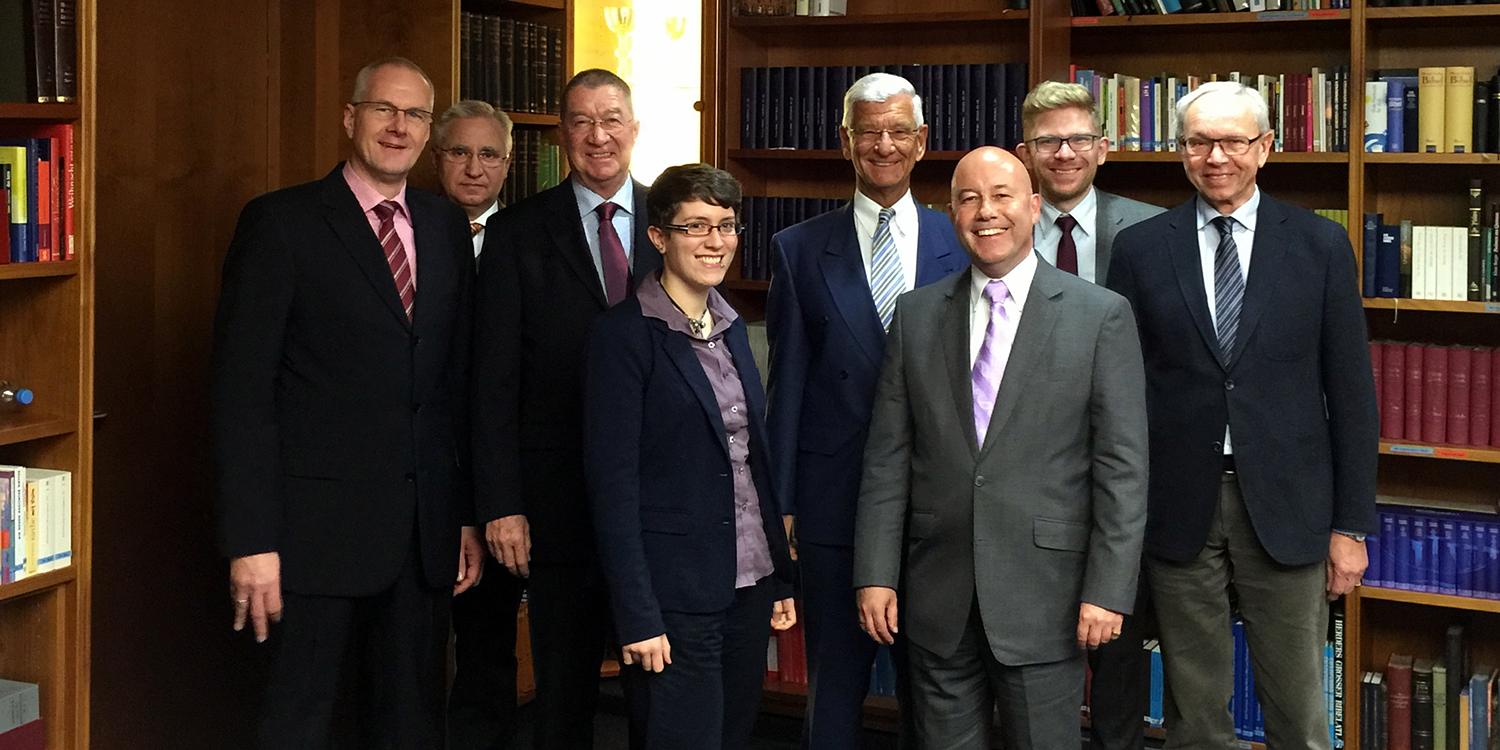 Dialogue over current issues with Rainbow-NAC

Stuttgart. Since the end of 2013, the Project Group Marriage, Family, Cohabitation (PG MFC) has been the Church’s official contact group for Rainbow-NAC (we reported). The Project Group thereby assumes the mandate of its predecessor, the Committee for Special Affairs.  The agenda of the first annual meeting between the two groups on 19 December 2014 focused on numerous questions concerning the situation of homosexual, bisexual, and transsexual members in the New Apostolic Church.

Representing the Project Group at the approximately six-hour meeting were District Apostles Michael Ehrich (chairman), Wilfried Klingler, Wolfgang Nadolny, and retired District Apostle Armin Brinkmann. Rainbow-NAC was represented by three of its members as well as the speaker of the group’s parent initiative, retired District Elder Helmut Simon. A detailed and comprehensive look at past events centred on Rainbow-NAC’s presence at the International Church Convention (ICC) and the reactions of visitors to its stand. It was already thanks to widespread support in the first place that the Church had made it possible for the group to be represented with a stand of its own at the event.

One of the main elements addressed at the meeting was a list of some recent developments in the New Apostolic Church Northern Germany. In summer 2014, the District Church had published a set of guidelines regarding prayers for same-sex couples, along with other documents which, from the perspective of Rainbow-NAC, represented a step backward from the Church’s current position. The representatives of the initiative for homosexual, bisexual, and transsexual members of the New Apostolic Church made it clear to the Project Group that, despite intensive efforts, no progress in this subject matter had been achieved up to the present. All the participants at the meeting were agreed that the developments addressed had been unfortunate in their end-result, especially also with regard to communication. Together they drafted a new document in which Rainbow-NAC formulated its positions once again. This paper will now be presented to the leadership of the New Apostolic Church in order to prompt further progress.

This meeting between Rainbow-NAC and the representatives of the Church’s leadership builds upon an ongoing dialogue that has existed between the two parties since 2003. Since 2013 the Project Group Marriage, Family, Cohabitation has been the New Apostolic Church’s official contact partner for the initiative of homosexual, bisexual, and transsexual New Apostolic Christians.

You can find further information on the work of Rainbow-NAC online at www.regenbogen-nak.org