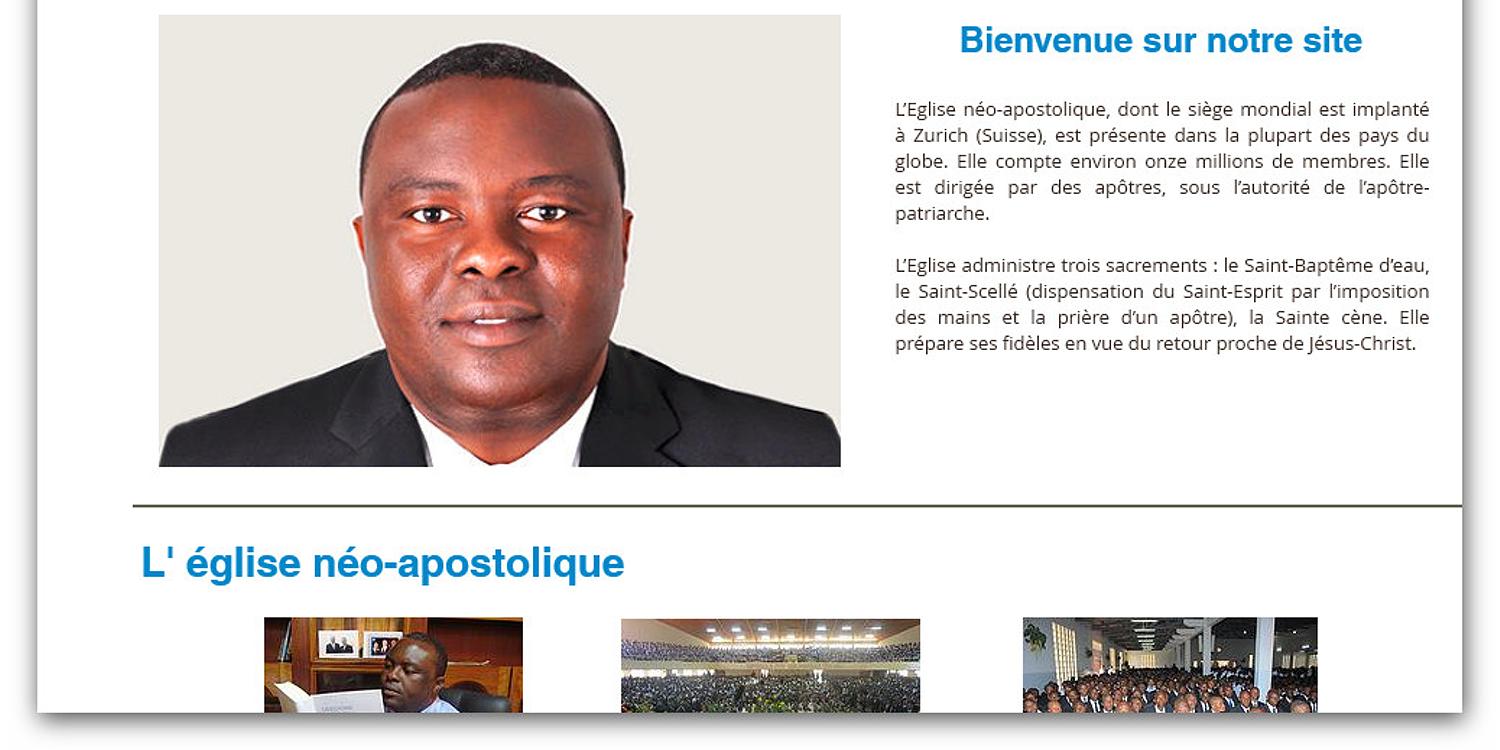 Zurich. Anyone who wants to become better acquainted with the District Church that boasts the largest number of New Apostolic Christians in the world now has a new opportunity to do so. By exploring online, interested parties will discover a broad range of special features—but in this case they will need some special expertise.

The New Apostolic Church in the Democratic Republic of Congo South-East has approximately 1.7 million members. District Apostle Tshitshi Tshisekedi has recently presented his working area online. The website can be found at http://www.ena-rdcsudest.org/.

In addition to basic information about the goals and teachings of the New Apostolic Church in general and the specific organisation and instructional offers of the District Church itself, there is also an exhaustive section for reports and news. For example, visitors can learn about such special features as the country’s music development program in cooperation with South Africa’s Cape District Church, or discover a distinctive feature of the ministerial hierarchy in Congo South-East: for individual regions there is also the function of a “Responsible Apostle”, who works between the District Apostle and the Apostles. This allows the District Church meet the organisational demands that such a large number of members—and thus also ministers—brings with it.

However, those interested in becoming better acquainted with this stronghold of the New Apostolic faith will need a specific kind of linguistic knowledge, as all information on the website is presented in French.

In the meantime, everything is available in English on the new website of the District Church of Canada, which has just released its new format and expanded internet presence at http://www.naccanada.org/imis_prod/main. “Belong, Believe, Become”—this is not merely the motto of the country’s web presence, but also reflects the headings of the three main menu options. The “Be-log” publishes pastoral care letters from leading ministers in blog format every two months. And with its “eOffering” option the District Church has made it possible for users to contribute to the Church by way of an electronic offertory: “In North America, electronic transactions have become a generally accepted norm, even for donations,” notes the NAC Canada in a press release.

In a special area that is only accessible by way of a personal password, the website also provides materials to aid ministers and teachers in their tasks. This support includes preparation materials for divine services, support in pastoral care, and even tips and supplementary material for various levels of Church instruction. 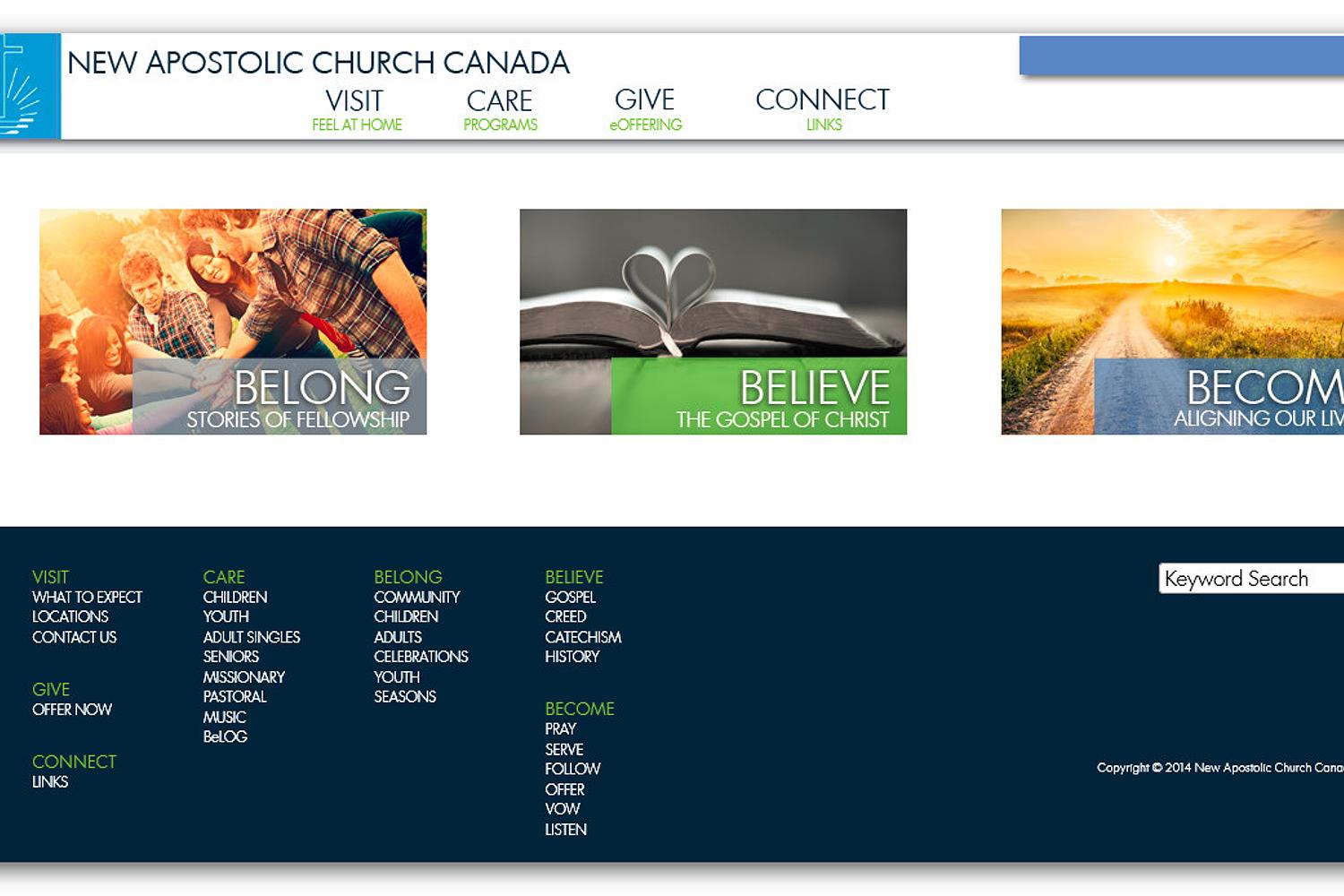