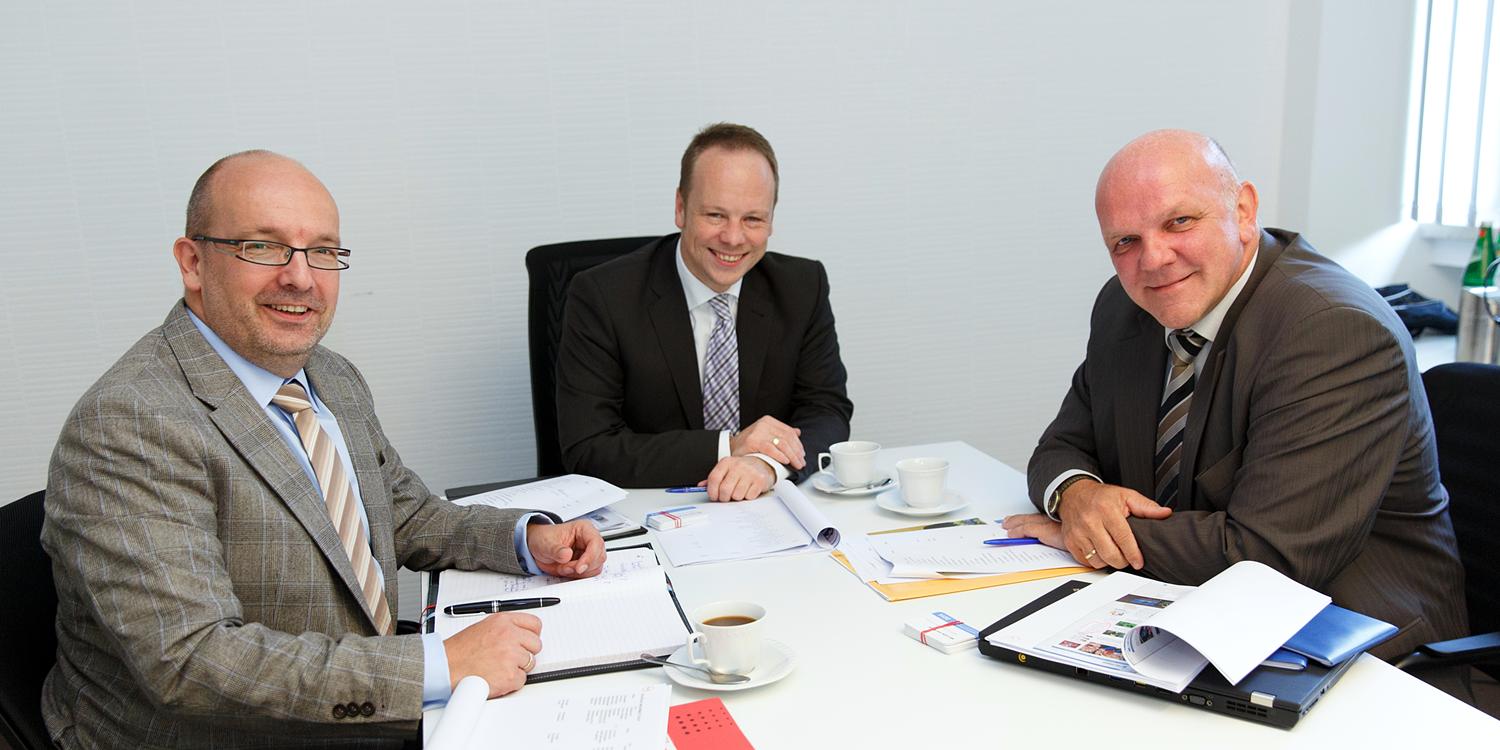 Zurich. The New Apostolic Church international (NACI) is reorganising its communications structure. Chief Apostle Jean-Luc Schneider has not only given the green light to the new communications concept but also to the establishment of a new department. In terms of both content and staff, his intent is to explore new ways to provide more international information to the Church’s members, whether online or in the various magazines.

Church spokesman Peter Johanning, who has been in the service of NACI since 1996, will receive new support from Andreas Rother (45) and Oliver Rütten (39). Andreas Rother is a trained journalist who worked as an editor for daily newspapers for some 20 years before assuming the chief editorial position at the Church’s own Bischoff Publishers, and is also a specialist in journalistic texts. Oliver Rütten has worked as a journalist for seventeen years and, as project leader, was responsible for building the Church’s own social network, nacworld.net, distinguishing himself with a high degree of professionalism in the area of photography and videography. They will work together with a panel of communications professionals from all nineteen District Apostle districts of the New Apostolic Church.

NACI will from now on bundle all its journalistic activities under one roof. In addition to the nak.org website, the nacworld.net social network, and the NAC News and Catechism smartphone apps, these will feature two new additions: to begin with, a new website will be initiated at the start of the year, which will report on global events in a journalistic manner, and offer significantly more background information than previous media. While this website will be dominated by more of a current affairs character, the nak.org website will focus on presenting the Church’s self-portrait, and also offer mostly static content, in particular the Church’s doctrine and organisational structure. Content will appear in the English, German, French, and Spanish languages.

Beyond that, a new magazine for members is scheduled to appear in 2015. Once each quarter it will include core elements from sermons by the Chief Apostle, important doctrinal statements of the Church, and news from the various districts and congregations throughout the entire New Apostolic world. The publications will appear in English, French, and Spanish, and will thus supplement the existing offer of magazine content. In the German-speaking world, the “Our Family” magazine will remain the official organ of the New Apostolic Church, while the “African Joy” newsletter remains popular in many parts of Africa. The new magazine for members can be translated into regional languages as needed in the various District Apostle districts, and will thus assume the function previously served by the international publications of “Our Family”, in particular the so-called “mini editions” of “Our Family”.

“The bundling of these journalistic forces and the coordination of the various media is a great challenge,” says Church spokesman Peter Johanning as he looks forward confidently to cooperating with new colleagues, the Bischoff Publishers, and the professionals from the District Churches. “We look forward to continuing our efforts in putting our experience and expertise to work in the service of the Church,” add editors Rütten and Rother, who are already moving full speed ahead with their preparations. “My objective is not only to impart the doctrinal statements of our Church quickly to all our members around the world,” emphasises Chief Apostle Schneider, “but rather also to bring the different worlds of our brothers and sisters closer together.”