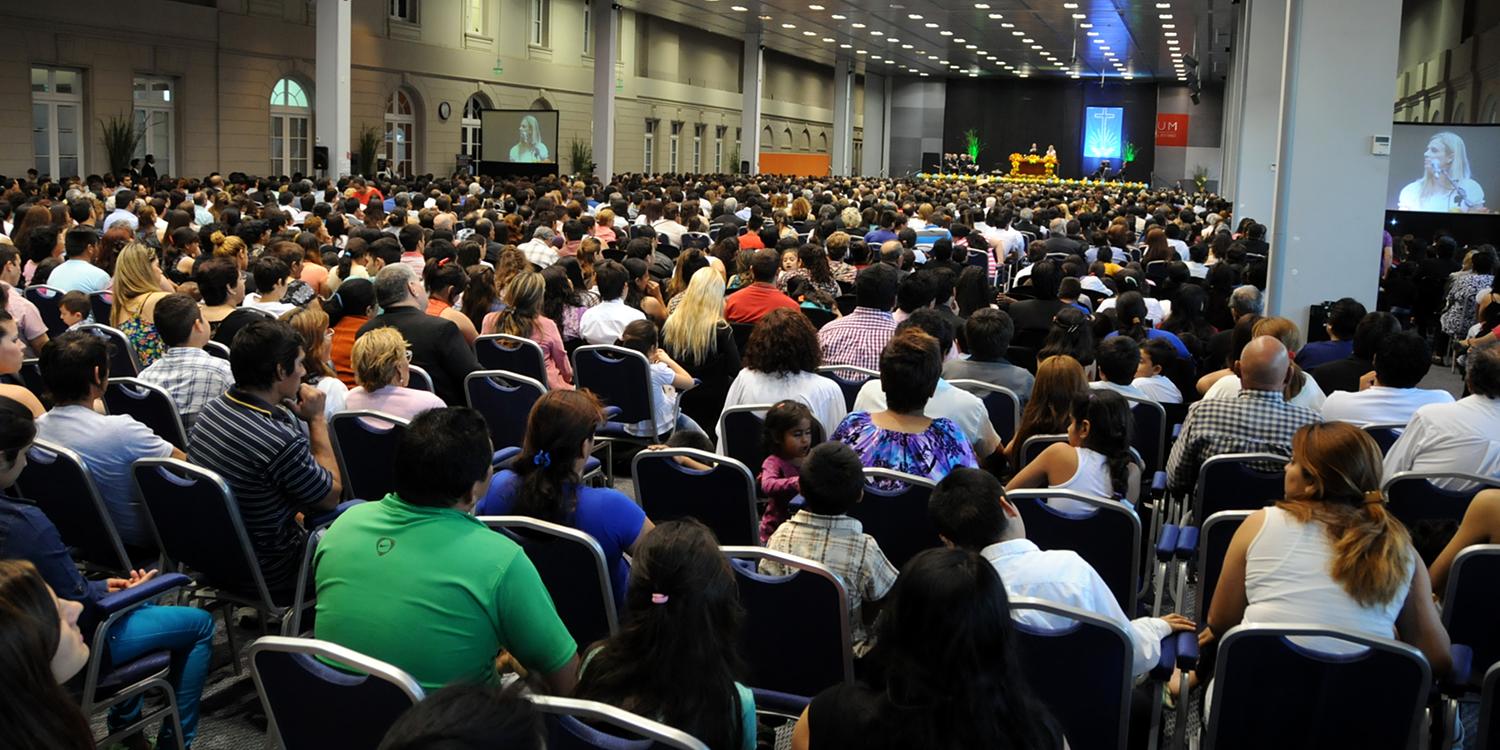 For Thanksgiving: A new District Apostle Helper in Argentina

Der Gottesdienst am Samstag in Santiago

Buenos Aires/Zurich. Over the first weekend in October, Chief Apostle Jean-Luc Schneider visited the New Apostolic congregations in Argentina. This was his first visit as Chief Apostle. He conducted divine services in the north western province of Santiago del Estero and in Buenos Aires. Apostle Enrique Minio was appointed the new District Apostle Helper for the District Apostle district.

The day after their arrival in Buenos Aires, the Chief Apostle and his companions flew to Santiago del Estero, in the northwest of Argentina, a distance of some 1,000 kilometres. This city was founded in 1553 and is thus the oldest city in the nation. It is also known as the “mother of all cities”. Thousands of members assembled in the FORUM Convention Centre in Santiago del Estero for the divine service on Saturday afternoon, 4 October. This was the first time a Chief Apostle had ever come to Santiago del Estero.

The Church leader based the divine service on a Bible text from 1 Corinthians 11: 24: “And when He had given thanks, He broke it and said, ‘Take, eat; this is My body which is broken for you; do this in remembrance of Me.” Let us partake of Holy Communion as a personal experience, said the Church leader: “It is for me!”

After the divine service, the Chief Apostle and his companions returned to Buenos Aires, where another divine service was scheduled to take place the next morning in the central church of the Argentine capital. This divine service was transmitted by satellite throughout Argentina, Chile, Paraguay, and Uruguay. The Bible text for the national day of Thanksgiving was as follows: “Now to Him who is able to do exceedingly abundantly above all that we ask or think, according to the power that works in us, to Him be glory in the church by Christ Jesus to all generations, forever and ever. Amen” (Ephesians 3: 20-21). The Chief Apostle recalled many reasons for giving thanks.

After the celebration of Holy Communion, Apostles Carlos Milioto (Uruguay) and Norberto Picchi, along with Bishop Jorge Malzone (both from Argentina) were given a well-deserved retirement after many years of ministerial service. Chief Apostle Schneider thanked them with warm, personal words of gratitude.

A detailed report of both divine services can be found (in Spanish) at: www.inasud.org. 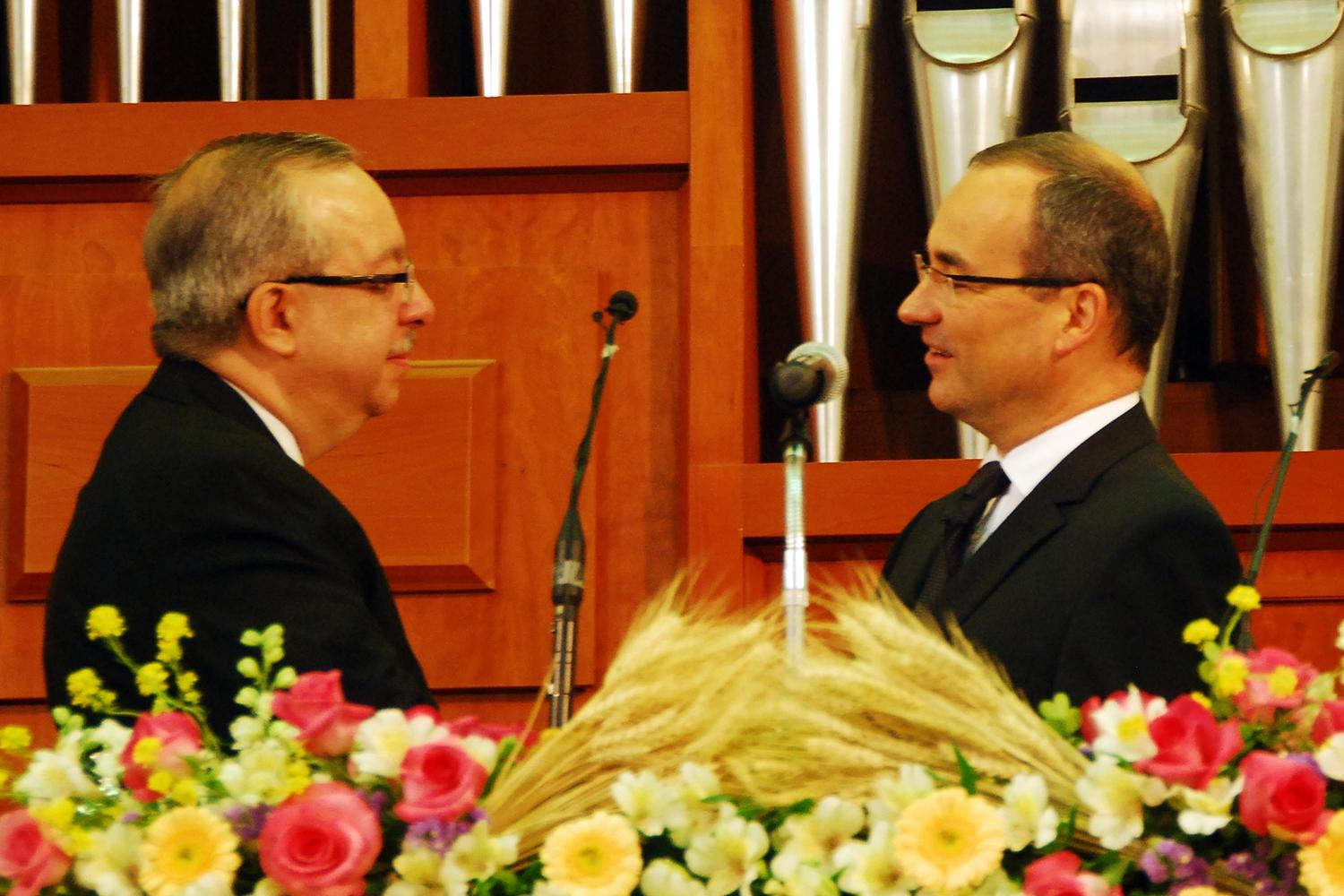 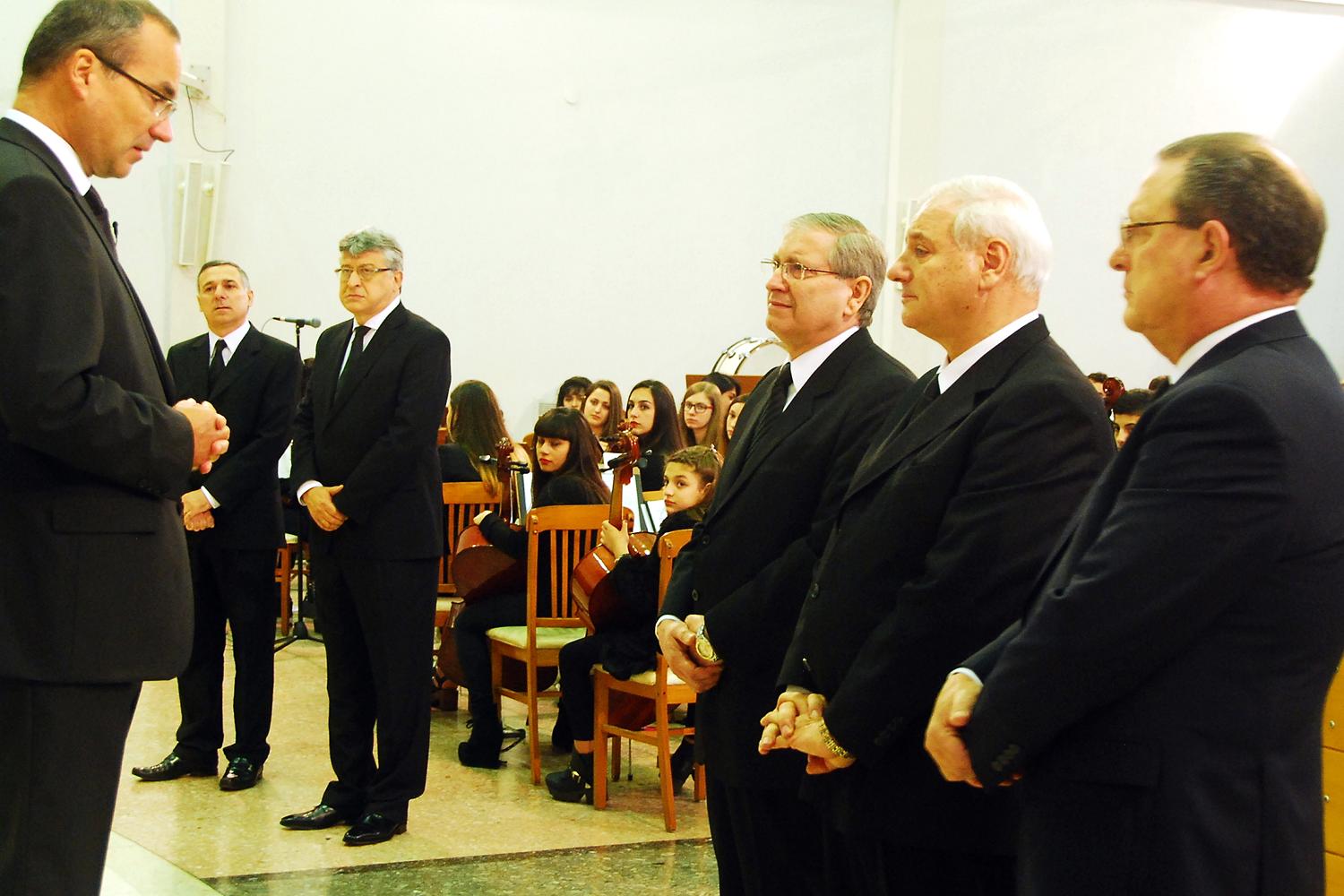