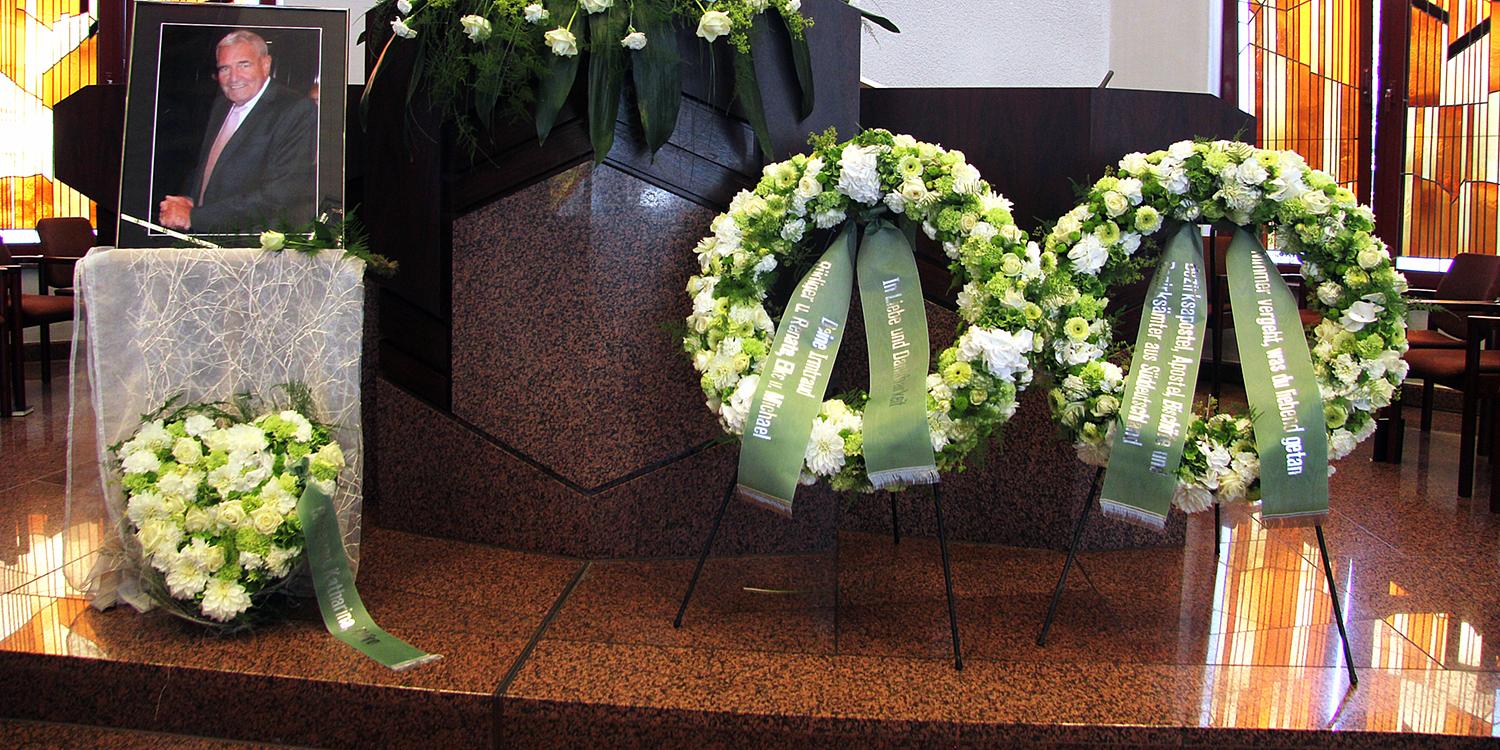 Karlsruhe/Zurich. A large mourning congregation assembled in the Karlsruhe-Central church late Saturday morning, 9 August 2014 in order to bid farewell to District Apostle Klaus Saur. The departed servant of God, who had served for many years as Church president of the District Church of Southern Germany, passed away unexpectedly on 29 July 2014 at the age of only 74. Chief Apostle Jean-Luc Schneider, who conducted the funeral service, expressed that the news of the District Apostle’s sudden death had surprised and stunned him. The two had seen one another in a divine service only a few days before.

“Lord, now You are letting Your servant depart in peace, according to Your word; for my eyes have seen Your salvation” (Luke 2: 29-30). The Church leader wrote these verses from the gospel of Luke into the hearts of the large mourning congregation as a message of comfort. “It simply applies so well to the District Apostle,” he stated in emotional tones, before going on to say: “I believe that this is a beautiful description of the conduct, life, and activity of this departed servant of God. He became acquainted with the Lord, and because He loved the Lord, because He always kept his eyes focused on Him, He placed himself in the Lord’s service and always sought the favour of God.” He explained that the Bible text expressed the certainty that the departed District Apostle was now at peace. “He can certainly have peace in his heart because he placed all his hope in the grace of God,” said the Chief Apostle. He went on to express that the important thing for the bereaved family—and all those in mourning—was now to follow this same recipe and continually look up to the Lord. “We look up to the Lord because we know that He cannot ever leave us! He is love! And He will also continue to provide for us.”

Love for the Lord

District Apostle Klaus Saur was a servant of God who had always looked up to the Lord and who also loved God with all his heart. “His motivating force was his love for the Lord!” emphasised Chief Apostle Schneider. No task had ever been too difficult for him. He always engaged all his gifts and abilities in the service of the Lord and was always aware that the Lord had sent him. There was one particular saying of which he was quite fond that served to express His fear of the Lord: “The dear God knows everything!” It was in this same fear of God, trust in God, and love that he also led the many souls entrusted to his care over the 45 years of his ministerial activity.

Many years of responsibility

For 45 years, Klaus Saur had travelled and worked as a minister of the New Apostolic Church, and of these he served as District Apostle for 25 years. He was first ordained a District Apostle for the district of Baden in 1981. Later on he was also entrusted with the districts of Hesse, Rhineland-Palatinate and Saarland, where he served for many years. On 10 December 1995, he was entrusted with the leadership of what were then the Apostle districts of Baden, Württemberg, and Bavaria, which were later amalgamated into the District Church of Southern Germany. He also took care of a missionary region that incorporated 30 countries in South Eastern Europe, the Persian Gulf, and Africa. Accordingly, his area of responsibility amounted to 120,000 New Apostolic Christians in Southern Germany and another 1.4 million believers in District Churches abroad.

A large congregation in mourning

Many New Apostolic Christians in the District Churches of Baden-Württemberg, Bavaria, Hesse, Rhineland-Palatinate, and the Saarland participated in the funeral service via satellite transmission. It was a farewell characterised by both grief and great thankfulness, but also the certainty of faith that God will provide a reunion. The departed District Apostle is survived by his wife Irmtraud, his son Rüdiger, and his daughter Elke. 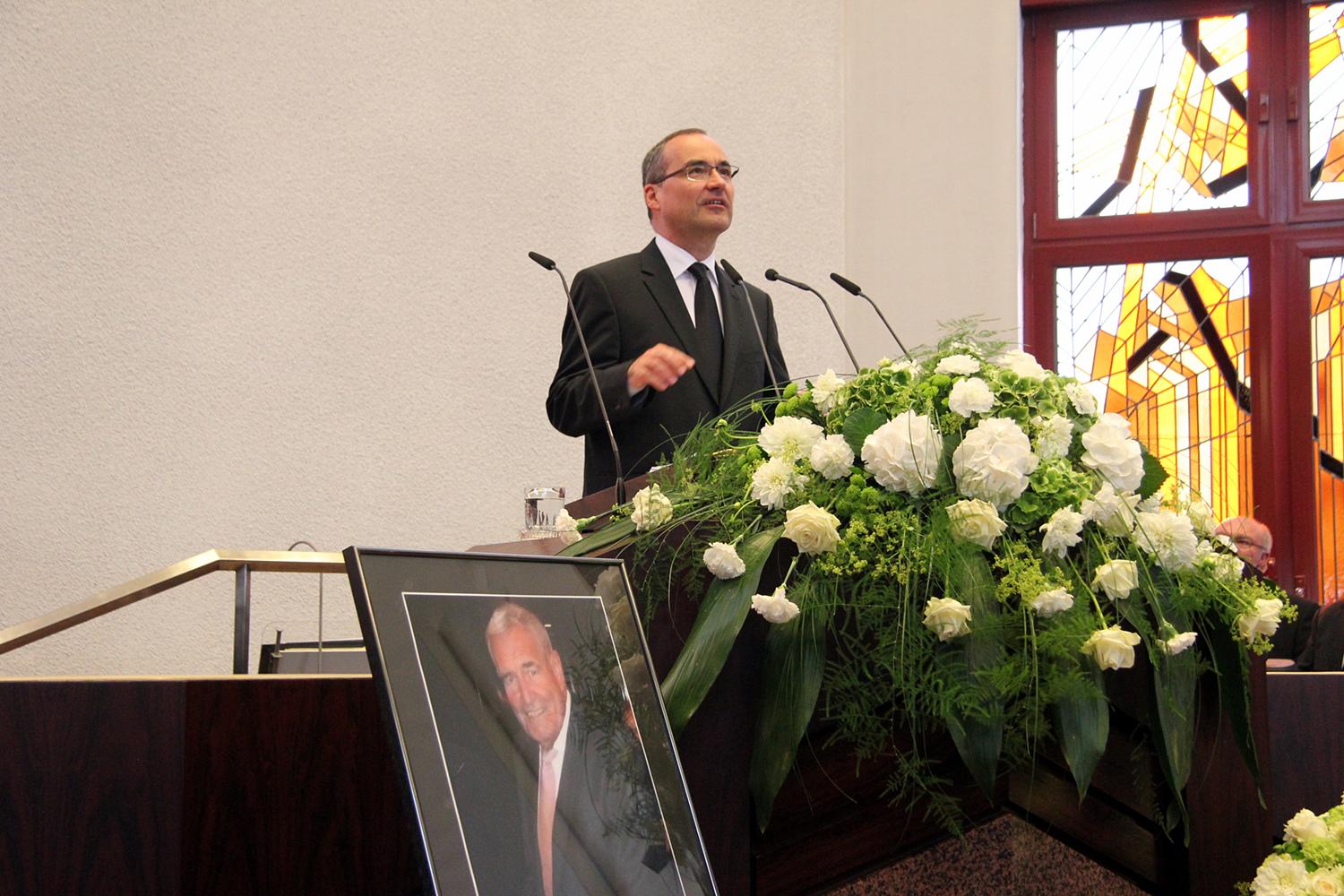 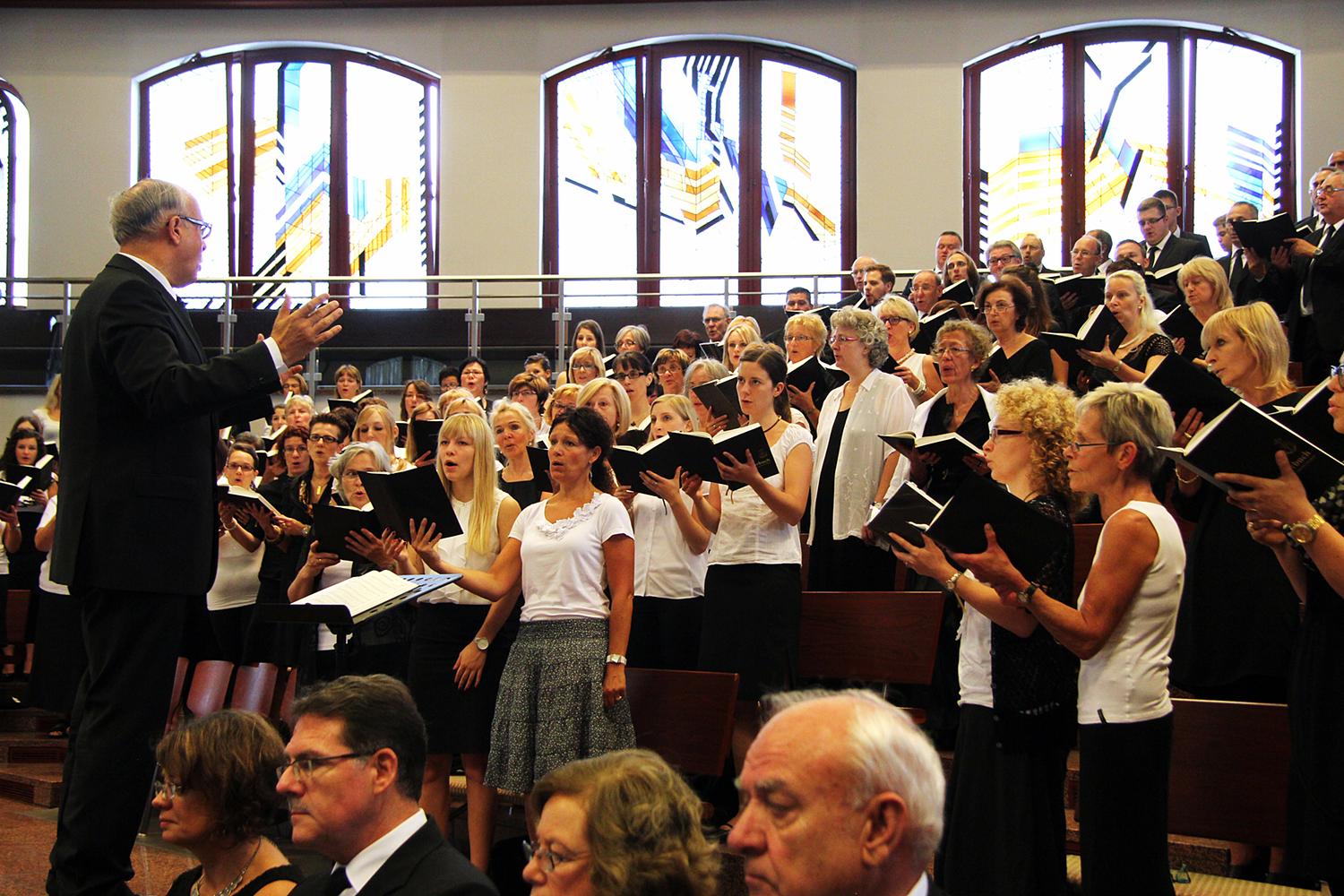