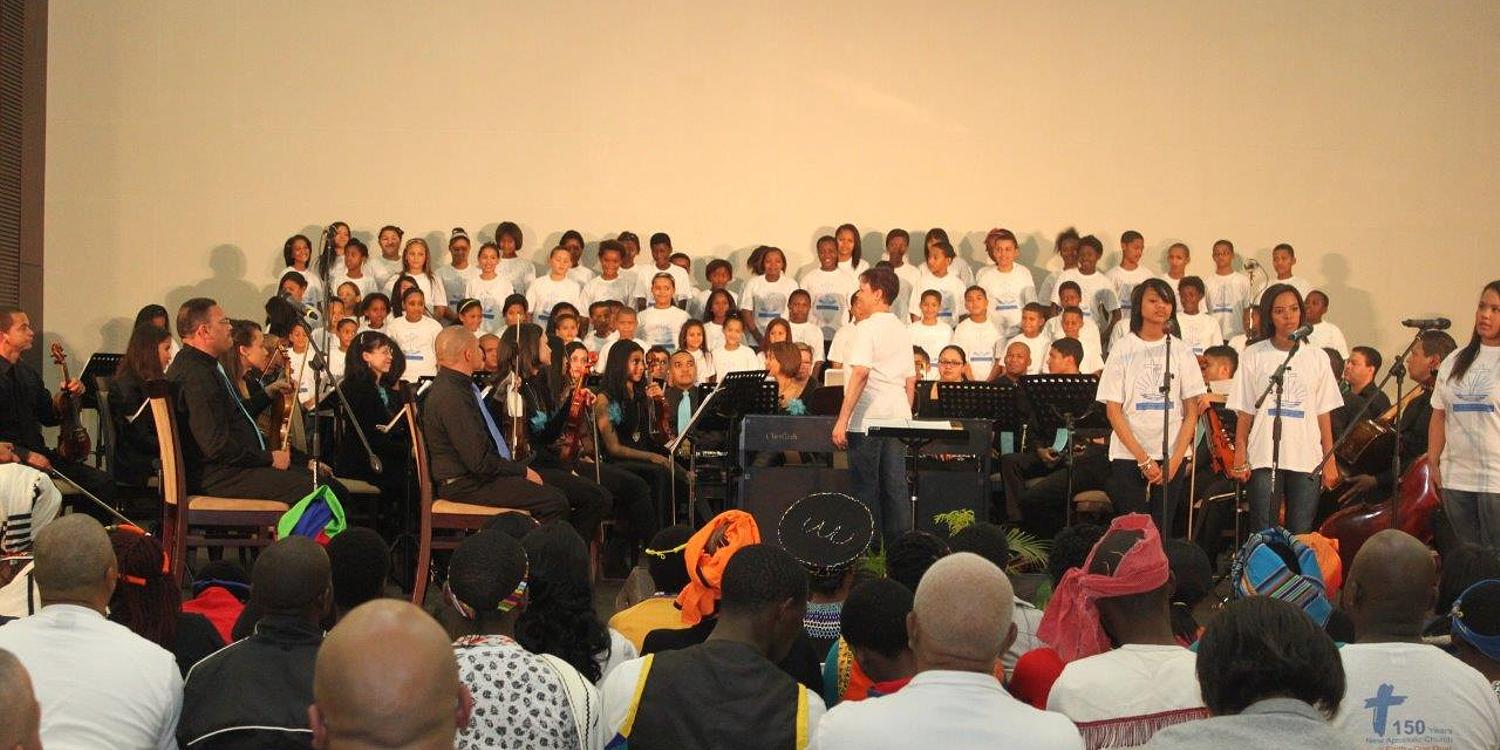 Cape Town. The exact date on which Evangelist Carl Klibbe arrived in Cape Town is not known, but on 21 October 1889 Apostle Niemeyer wrote from Australia to Apostle Menkhoff: “Brother Klibbe has just written to me from Africa.” So we can say that 125 years ago Evangelist Carl Klibbe set foot on African soil to spread the message of salvation as preached in the New Apostolic Church. This, in time, served as the springboard for the Church into the whole of Africa.

Evangelist Klibbe’s testimony in Cape Town met with no success and he then moved further inland to Worcester. There again his testimony bore no fruit and, because he could speak only German, his thoughts turned to a German immigrant settlement outside of East London. His move there was rewarded with people willing to listen to his testimony and in 1892 an embryo congregation emerged to become the first New Apostolic congregation in South Africa, and on the continent of Africa.

It was for this reason that District Apostle Noel Barnes chose East London as the centre for holding a number of commemorative activities celebrating this 125-year milestone. On the Thursday evening of 19 June 2014, the Apostles Arendse, De Vries, Mintoor, Stephens and Swartbooi conducted divine services in the congregations in the immediate vicinity of the city. This was the catalyst for the weekend’s festivities.

On Friday, 20 June 2014 the District Apostle and those accompanying him joined the senior members of the area for a fellowship activity. Making the afternoon more special was the attendance of some descendants of the early pioneers. The fellowship-programme was interspersed with light-hearted entertainment which caused great joy.

In preparation for the Sunday morning’s divine service a festive concert presented by the choir and the orchestra members from the Eastern Cape took place in the newly built East London International Convention Centre (ELICC). The concert programme under the theme: “Upon a sure Foundation” reflected the thankfulness for the remarkable journey on which God has led His work on the continent, and for the labours of those who pioneered the Church to where it stands today.

The highlight of the weekend was a divine service at the East London International Convention Centre, which was audio-visually transmitted to all congregations in the Cape District Church. Amongst the attendees were the Premier of the Eastern Cape Province, various tribal chiefs and local dignitaries of the region.

At the opening of the broadcast via NACTV, the close to 100 000 members gathered in the transmission venues were taken on a guided tour by two sisters of a replica display-booth by the NAC Cape at the recent International Church Convention 2014 in Munich, Germany. The exhibition in the foyer area of the ELICC attracted wide interest from those who attended the service.

The focal points of the divine service were based on the bible text: “There is one who scatters, yet increases more; And there is one who withholds more than is right, But it leads to poverty. The generous soul will be made rich, And he who waters will also be watered himself.” (Proverbs 11: 24-25).

The divine service was not the end of the festivities. Between 14:30 and 17:00 the Apostles who returned home in the evening gave soul-care visits to members as arranged by the host, Apostle Nene. This rounded off a blessed end to a momentous celebration. 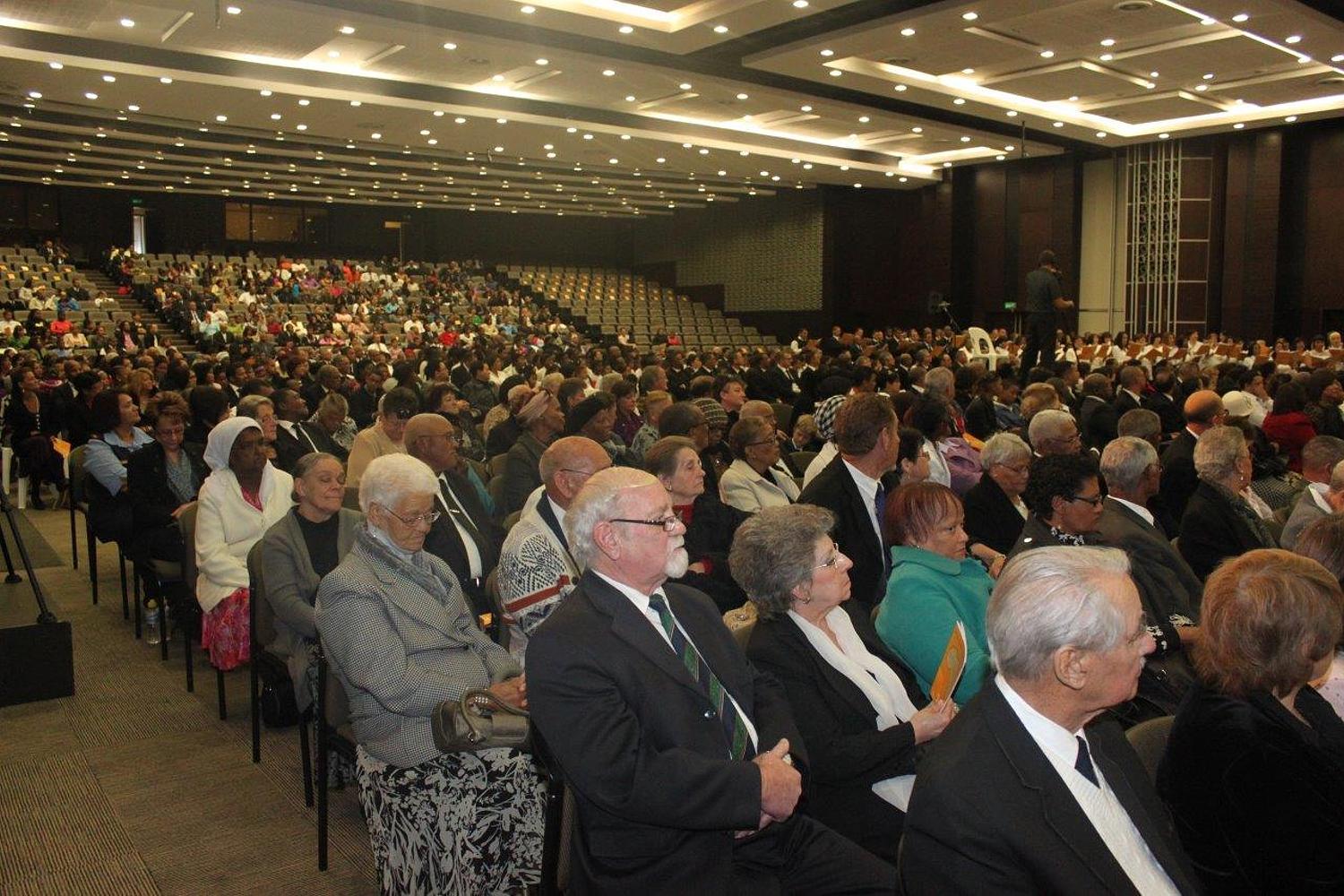 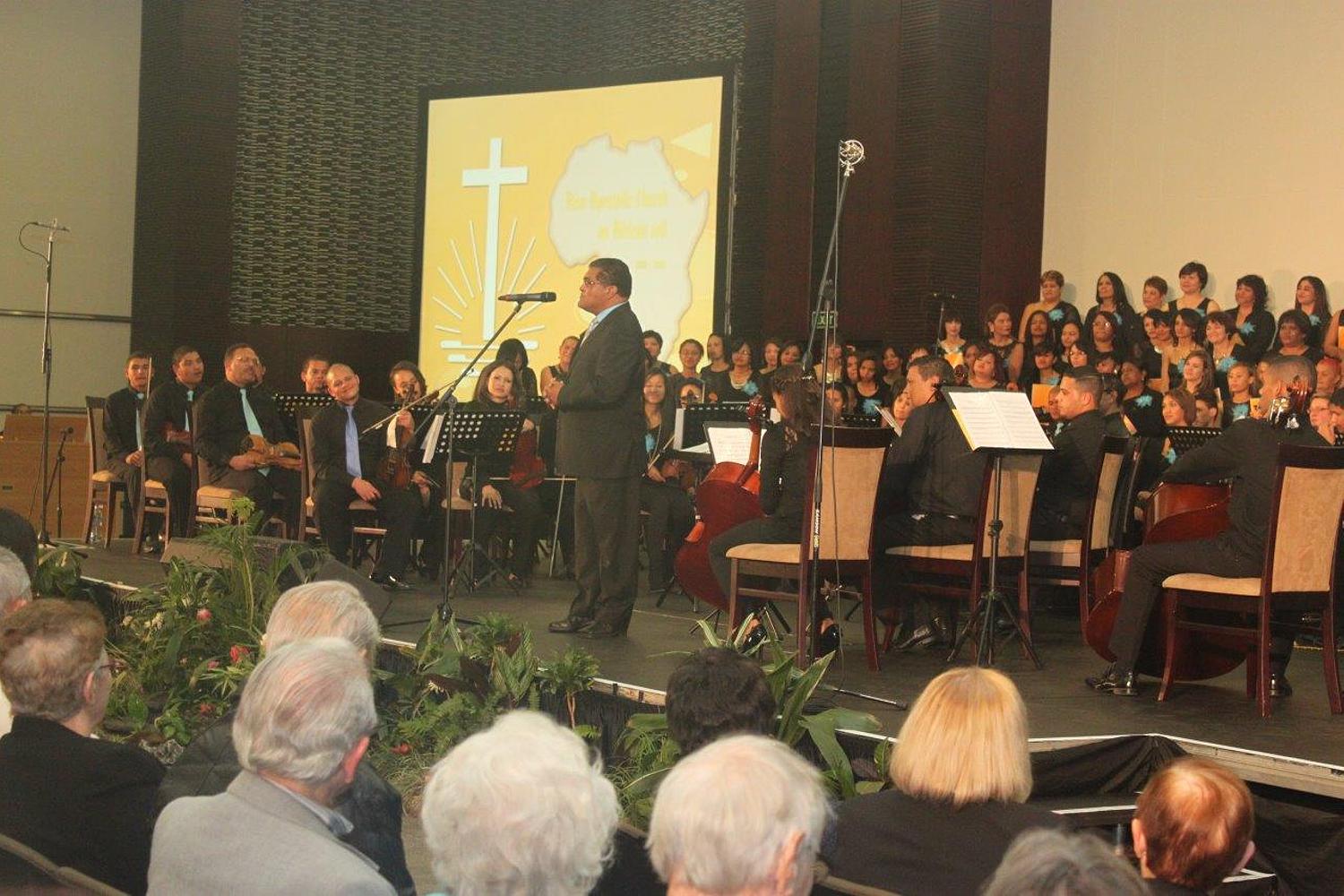 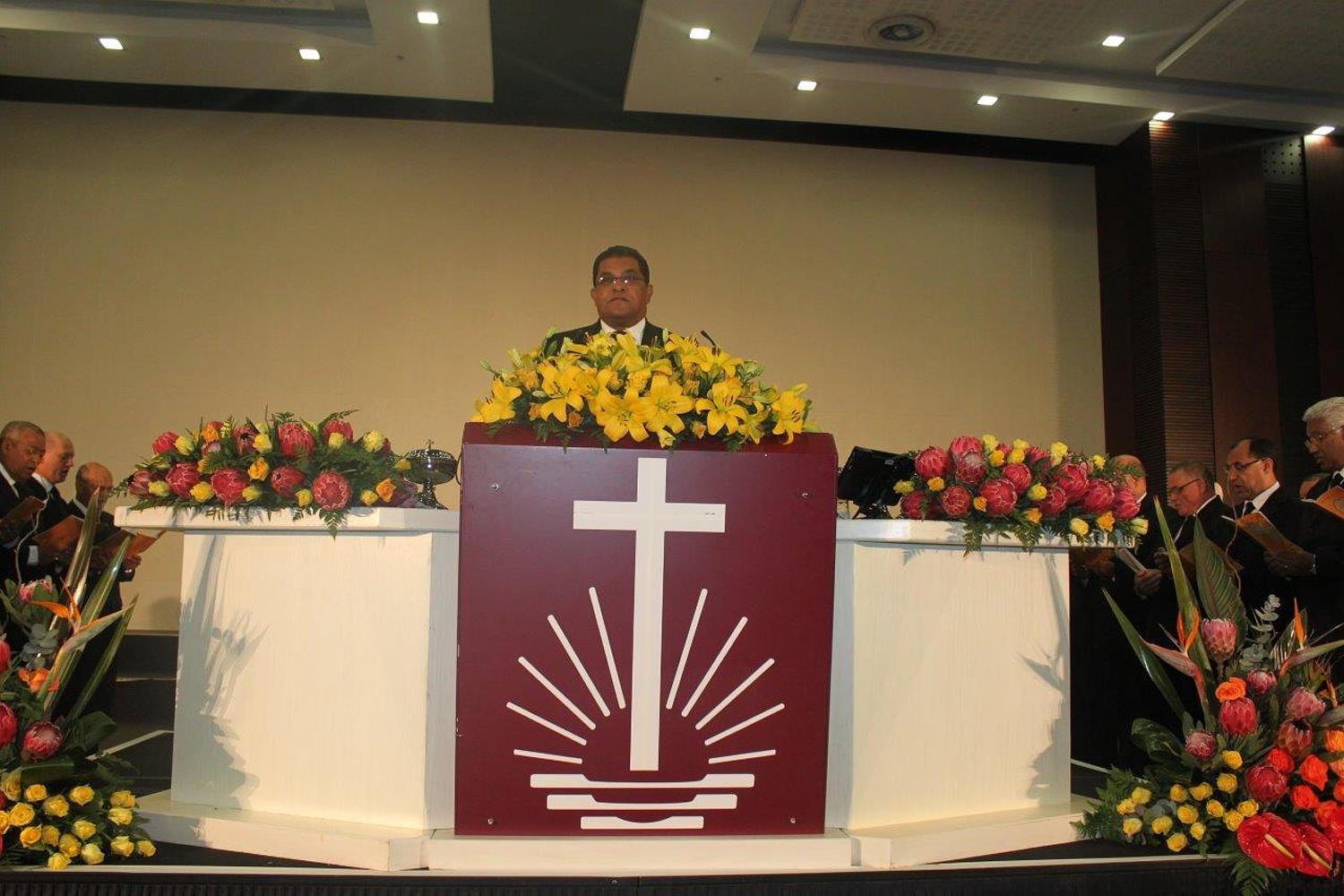