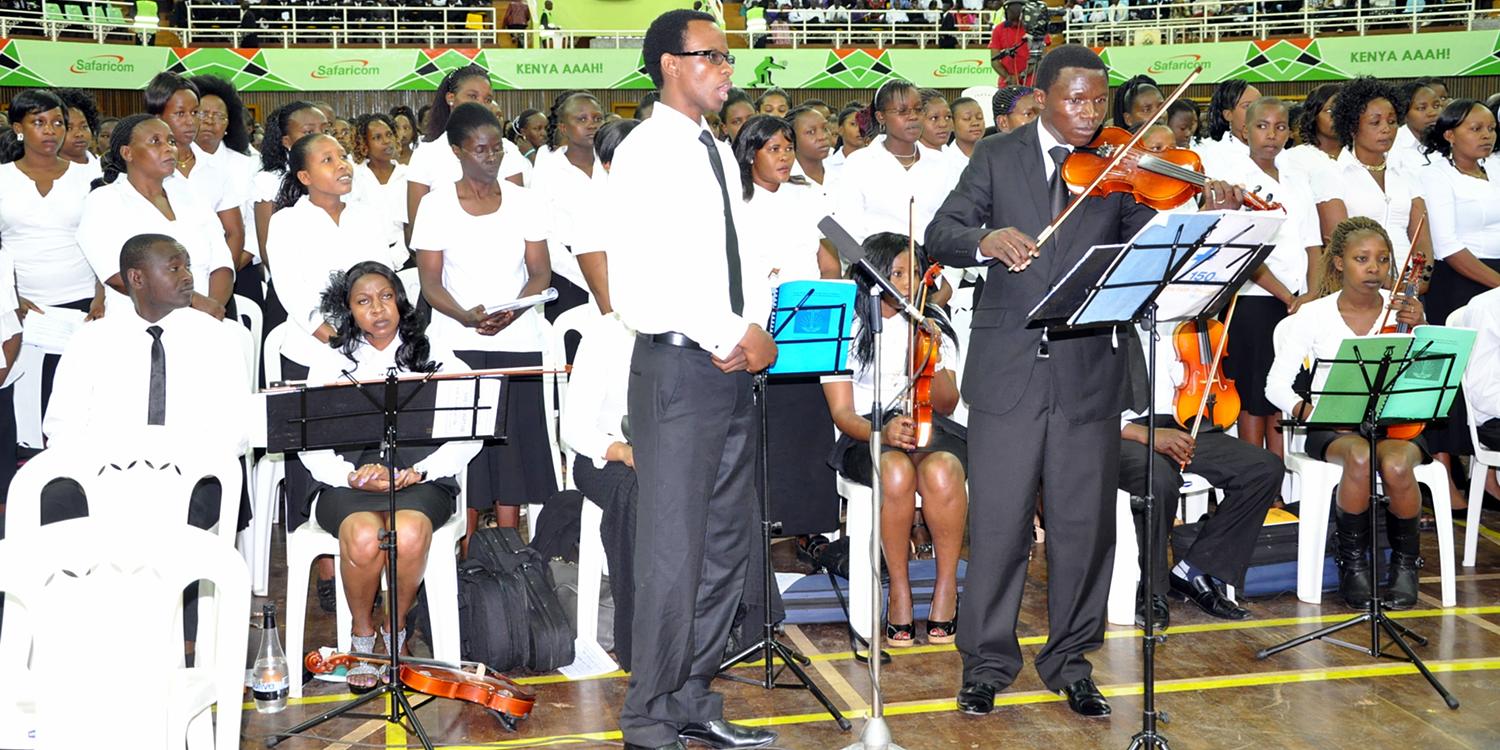 A celebration of faith in Kenya

Zurich/Nairobi. The international leader of the New Apostolic Church, Chief Apostle Jean-Luc Schneider spent the last weekend of June in Kenya. Already on Wednesday, 25 June 2014, he landed at Jomo Kenyatta International Airport in Nairobi. This was the first time that he had ever come to the country as Chief Apostle. Prior to this visit he had only ever accompanied the incumbent Chief Apostle. Hundreds of thousands of members had long been looking forward to this visit.

The first item on the agenda was a conference with all the Apostles and Bishops from the District Apostle district of East Africa. On Thursday, 26 June, Chief Apostle Schneider gathered with them to encourage them in their work. The focus of the meeting was on instructions for pastoral care. Christianity in Kenya is sorely afflicted at present, and in response, the Church leader prayed very sincerely for all Christians in the country.

A day later, Chief Apostle Schneider and his companions travelled onward to Mwingi, a smaller city some 200 kilometres from Nairobi. This was the first time that a Chief Apostle had ever travelled to this region, which is known for its great aridness. On this leg of the journey he was accompanied by District Apostles Andrew Andersen (Australia) and Rainer Storck (Germany). Also present was the local District Apostle Shadreck Lubasi, as well as all the Apostles and Bishops of Kenya. The divine service that morning caused traffic to come to a complete standstill in the city centre—everyone wanted to come and listen.

Back in the country’s capital, there was a concert in the South ‘C’ NAC Complex on Saturday evening. It was characterised by typical East African performances. A male choir, a children’s choir, and a mixed choir sang pieces from Kenya, Tanzania, and Uganda. The Kasarani Indoor Stadium had been rented for the divine service on Sunday morning. People came from all parts of the country to attend this service, which was also broadcast throughout Kenya—and even parts of the neighbouring countries of Tanzania and Uganda—via a national television channel. On this occasion, Apostle Francis Njuguna was given a festive retirement. He had served as a minister of the Church for over 30 years, and Chief Apostle Schneider expressed his sincere thanks for all the work he had done. Also during this service, the three Bishops Anyemike Bukuku Igonda (Tanzania, 53), James Kweta Mutinda (Kenya, 37), and David Mwaniki (Kenya, 48) received the Apostle ministry, while another five ministers were ordained to the Bishop ministry. They speak several very different languages such as Lenje, Kamba, Nyakyusa, and of course, English and Swahili, which serve as the common languages of the region.

Take the obstacles out of the way!

The divine service in Nairobi on Sunday, 29 June 2014 was based on the Bible text: “And one shall say, ‘Heap it up! Heap it up! Prepare the way, take the stumbling block out of the way of My people” (Isaiah 57: 14). The Chief Apostle appealed to the congregation to remove all obstacles on the way to salvation. His message was: “Let us cast aside all obstacles on our path to salvation. These include unbelief and impatience, false opinions and arrogance, unseemly pride and spiritual sluggishness, biases and prejudices.”

The New Apostolic District Apostle district of East Africa has its own homepage: www.nac-ea.org. 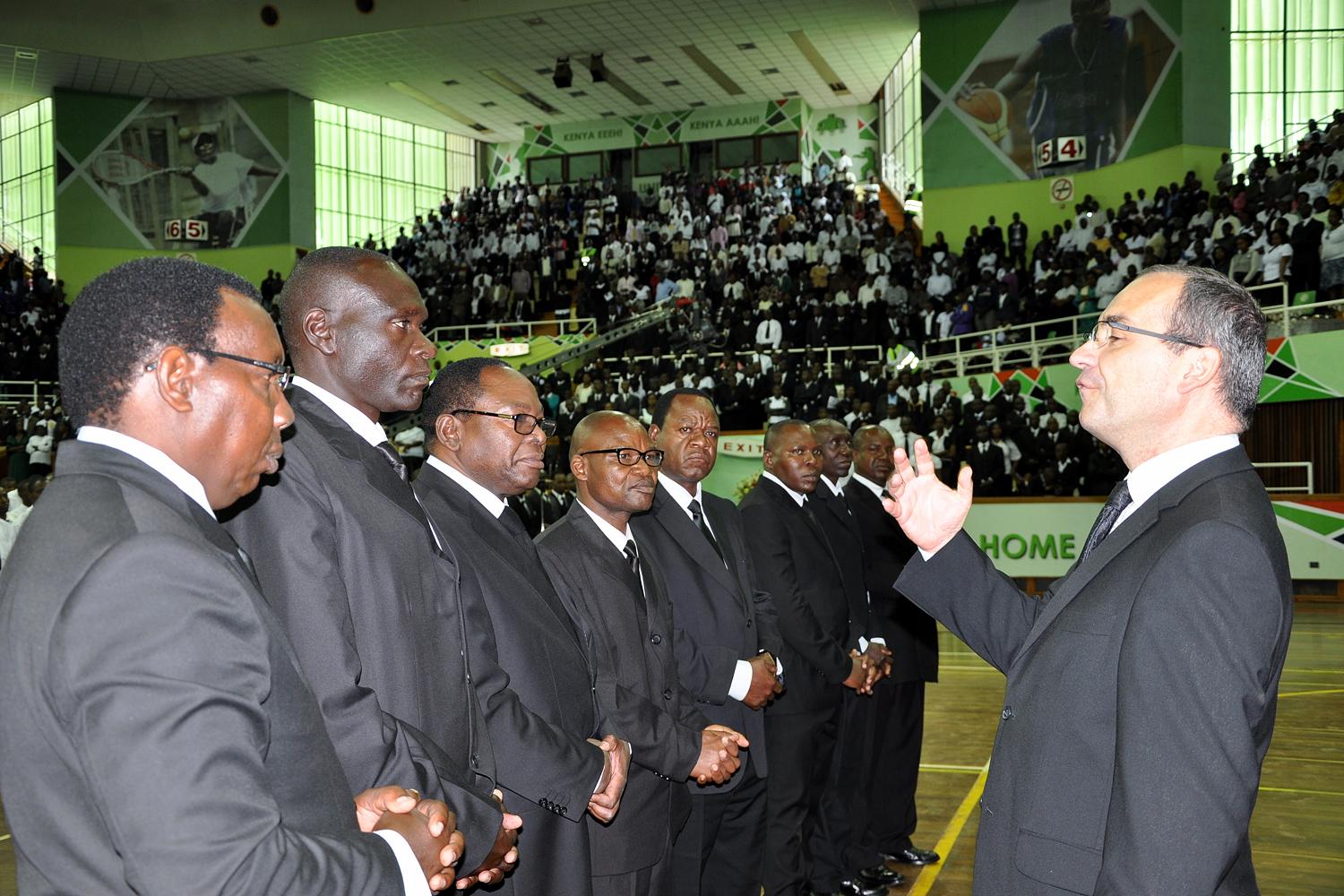 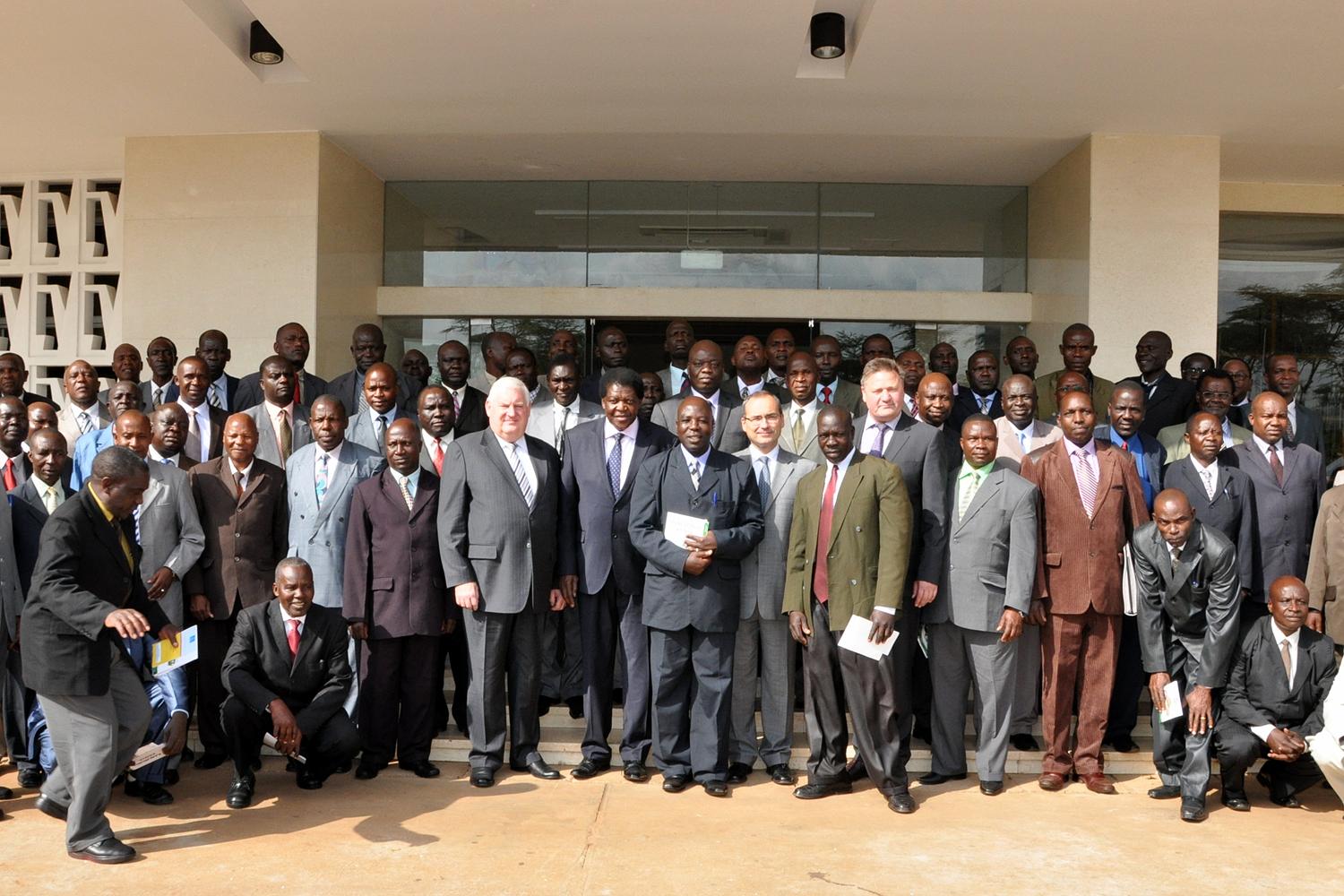 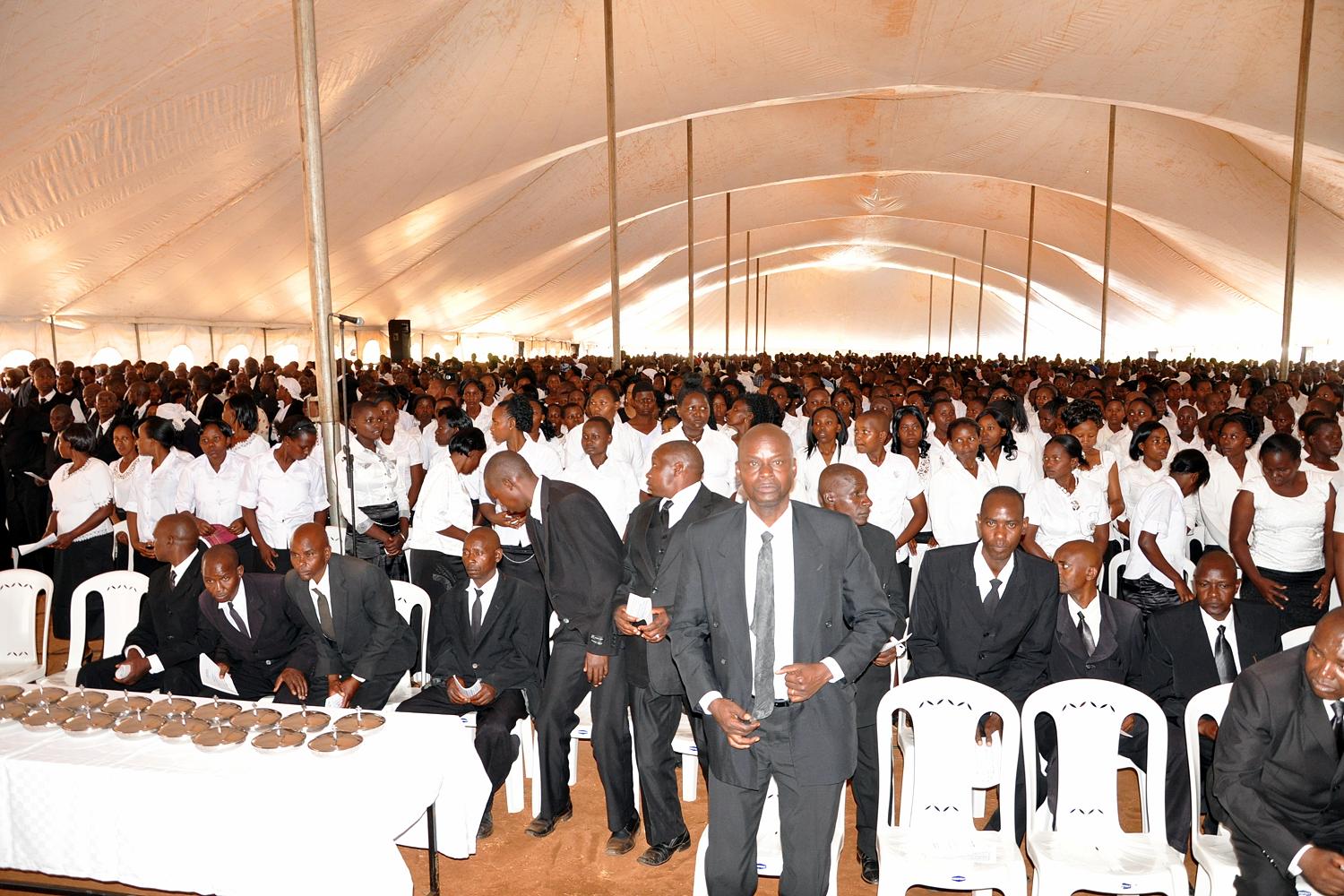