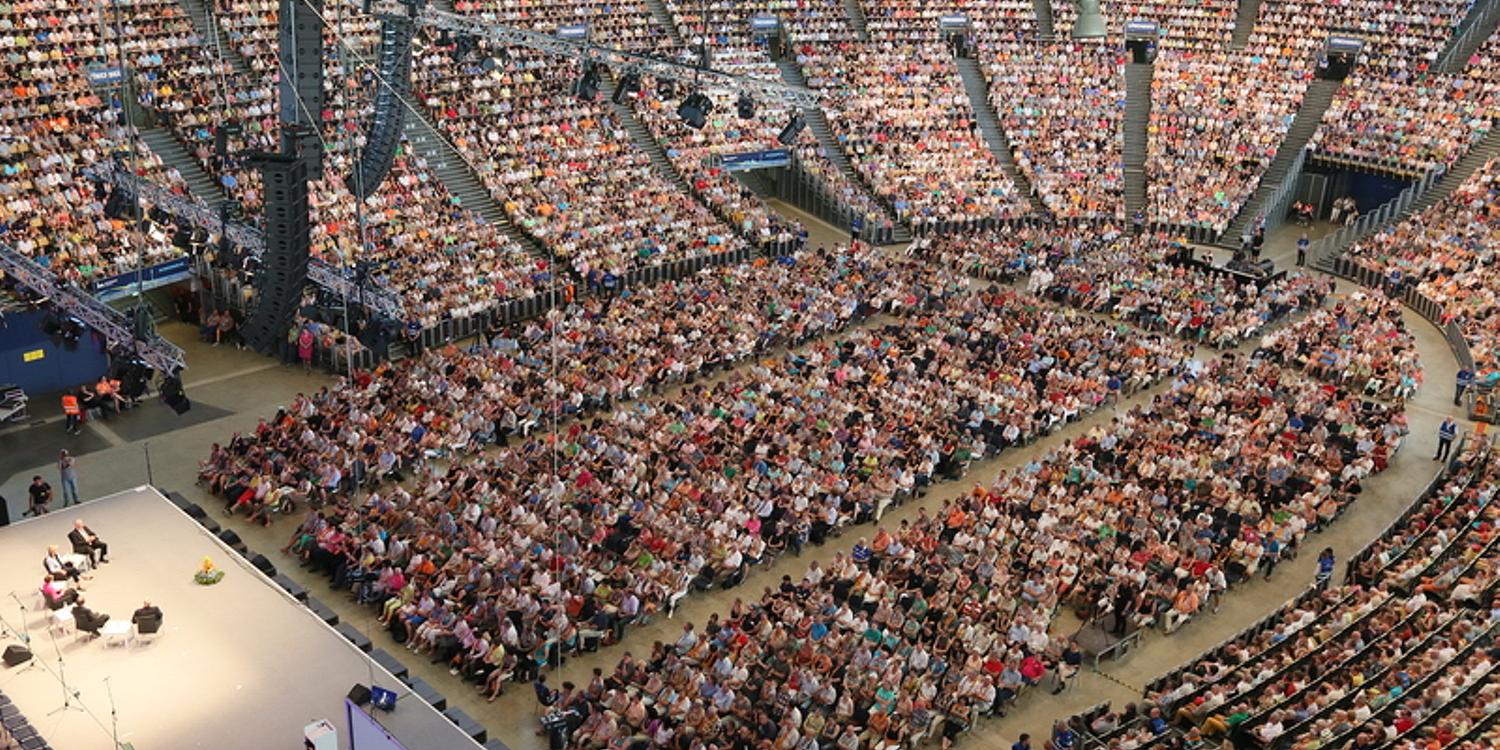 “Loving one’s neighbour as he is”

Munich/Zurich. “Let love—mutual love—prevail!” This was the appeal given by international Church leader Chief Apostle Jean-Luc Schneider at the International Church Convention of the New Apostolic Church in Munich. Beforehand, he took the time to address some “hot topics” at a panel discussion at the fully occupied Olympia Hall.

“The kingdom of God is among you”—what does this motto of the International Church Convention mean for our daily lives? The endeavour to answer this question was the actual motivation behind this event in the Olympia Hall. Also seated on the panel were District Apostle Michael Ehrich, the host of the Church Convention, Professor Hans-Jörg Bullinger PhD, former president of the Fraunhofer Society, and Monika Bleutgen, who volunteers within the Church in the areas of teaching, music, and congregational life. Friederike Gottschalk from Munich moderated the discussion.

Up for discussion were questions from the three subject areas of family, society, and congregation. So it was that the “kingdom of God”—for example in the context of respectful relationships within the family or in the endeavour to “never close the door of our hearts” in conflict situations—featured prominently in the conversation.

The audience grew quiet in suspense when the Chief Apostle was confronted with controversial questions, for example, whether one can be a soldier as a Christian in consideration of the commandment: “You shall not murder”. “There are situations when it is even part of one’s duty to protect life, be it one’s own or those of one’s family,” noted the Church leader. “Even though it remains a sin to kill, there are varying degrees of guilt. These are dependent on the respective motivations in each situation and can only be judged by God.”

“Shouldn’t the Church take a stronger position in society?” asked the moderator. “This is not necessarily up to us,” replied Chief Apostle Schneider. “We do not have the competency to say something useful on every subject.” Beyond that he stated that the members are to decide things for themselves. “It is not our task to prescribe to them what they are to think.”

Shouldn’t the Church be more socially active? The Chief Apostle countered this question with another question: “Who is the Church? It is not an institution with a chief by the name of Schneider who sits in Zurich! We are the Church!”

Questions from the societal context

In response to the question of the Church’s position on homosexuality, Chief Apostle Schneider referred to the commandment of love and specified that one should love one’s neighbour “as he is”. All members are to feel comfortable in the Church! This also applies to those who live in countries where homosexuality is punishable by arrest or even death. These people would be threatened by persecution if the Church were to attempt to insist on certain positions.

The Chief Apostle stated that it was too soon, at present, to answer the question of whether women should be ordained to ministry. “Before that can happen, our conception of ministry must first be made clear: what is a ministry? What is a service? What actually happens during the ordination? Only once there is agreement on the answers to these questions will we be in a position to discuss the question of who can bear such a ministry.” This is not only a matter of theological consideration, he said, but also a societal issue. After all, we must ask: what will the congregation accept? What will work in the various regions? At the same time, the Chief Apostle expressed that the argument “we do not have enough men, therefore you women should preach” is not a good basis for answering this question. 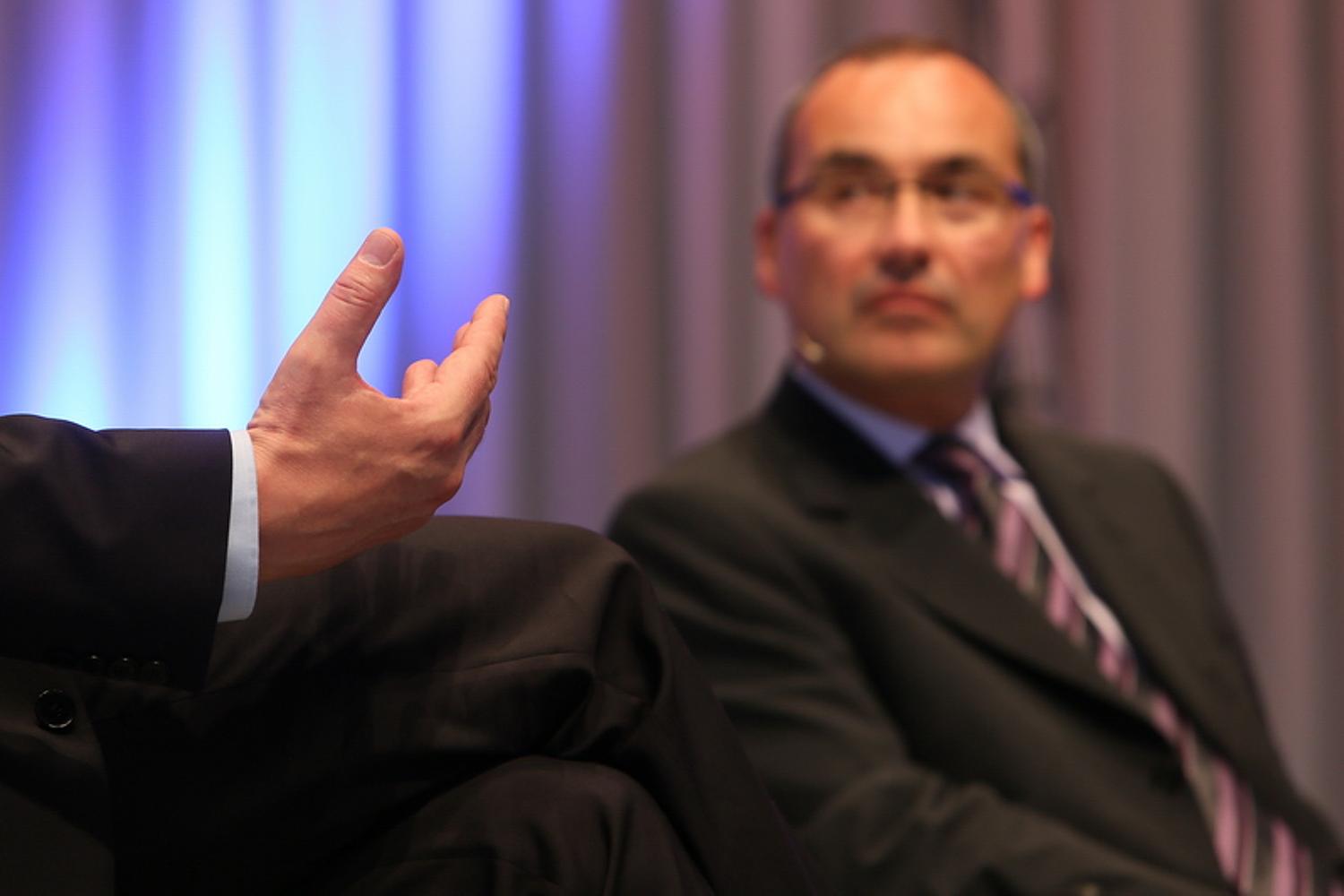 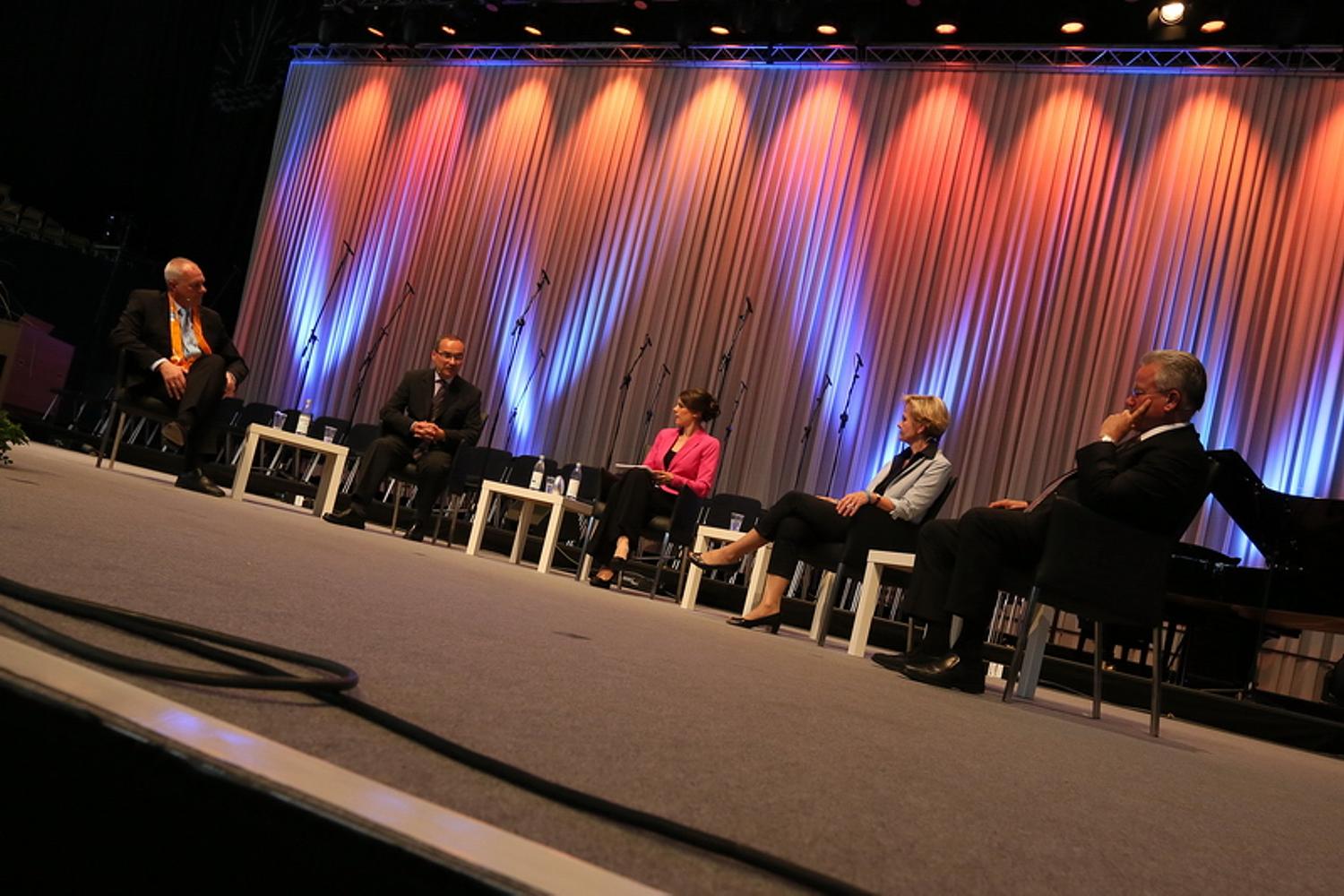