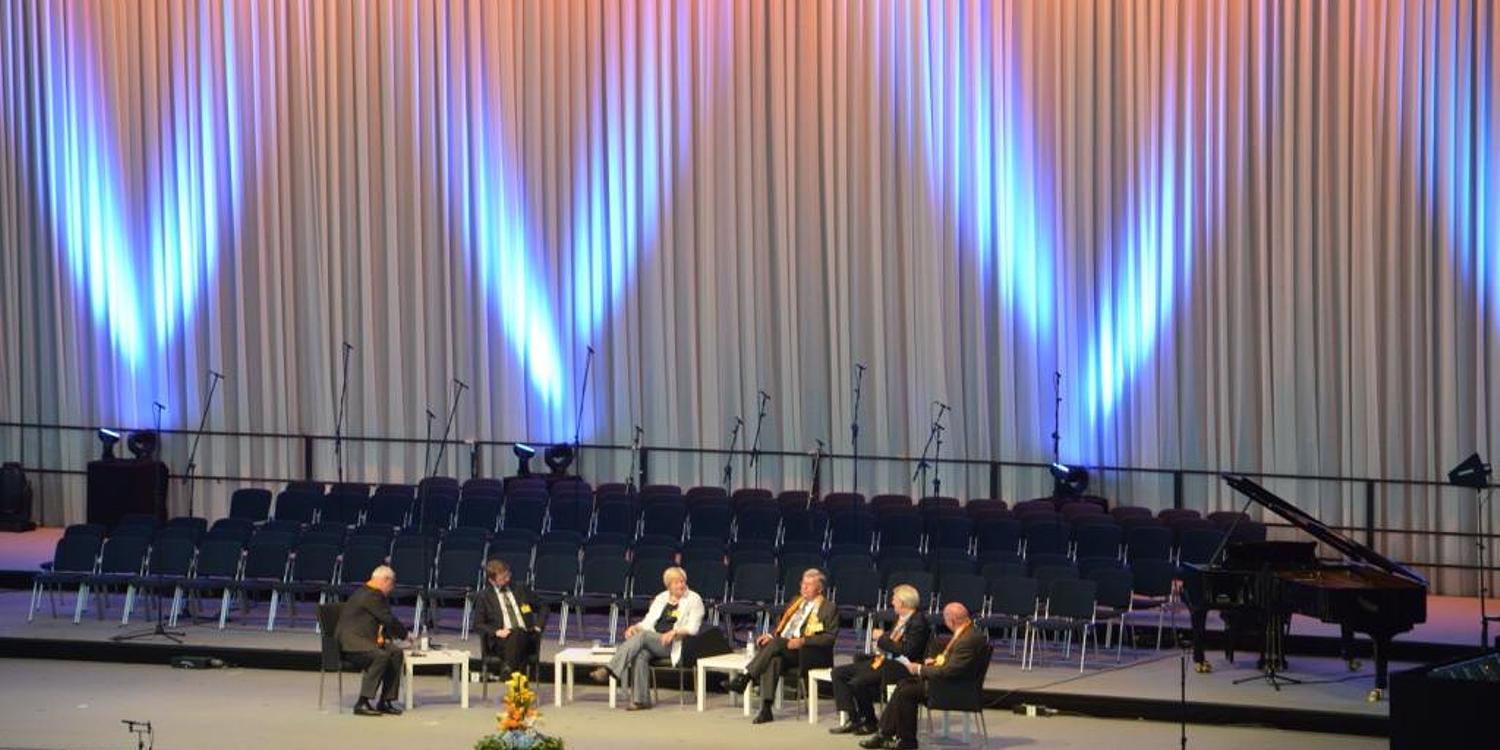 Ecumenism – not a controversial topic for New Apostolic Christians after all?

Munich/Zurich. Ecumenism – not a controversial topic for New Apostolic Christians after all? That was certainly the impression that emerged during an important panel discussion at the International Church Convention in Munich on the subject of the one-year anniversary of the New Apostolic Catechism. The applause set the tone. Several thousand listeners had assembled in the Olympia Hall—and they made it quite clear which of the panellists’ statements they supported. The participants in the discussion—ecumenical experts of various denominations—seemed almost surprised by the openness of the audience.

Professor Obst quickly became the favourite of the audience. By way of three statements he quickly outlined the basic theme of the panel discussion: the author conceded that he would no longer caption his standard work on the New Apostolic Church with the words: “The exclusive church of the end time?” He noted that “ecumenism does not entail the creation of a ‘unity stew’”, however he did go on to express one particular wish, namely that the New Apostolic Church would also regard other Christians as “children of God”. “Otherwise we could not really pray the Lord’s Prayer to a common Father in heaven,” he noted.

“The objective of the Catechism is not to create an improved state of affairs for moving closer to other churches,” emphasised Apostle Kühnle. Rather it is an endeavour to document, compile, and reinforce the basic principles of the New Apostolic faith. “Anyone who believes that our Church would lose its identity as a consequence of ecumenical dialogue has not read the Catechism.”

“To be sure, however, the Catechism has given new impetus for other denominations to reflect upon the New Apostolic Church,” explained Dr. Hempelmann. “And to some degree, this reference work might even give occasion to other churches to reflect upon their own faith,” said Dr. Stettner with a reference to the eschatology—that is, the doctrine of future things—of the New Apostolic Church.

Both Protestant and Catholic delegates agreed that there is still a certain amount of reticence. “We are waiting to determine the degree to which these theological ideas are also put into practice within the congregations,” explained Dr. Neumann. Beyond that, observers would certainly need time to move away from long-accepted views on our Church. “Please be patient,” was their appeal. They went on to recommend: “Seek opportunities for personal dialogue. After all, the trust that is required can best come into being on an interpersonal level.”

Following the panel discussion on the large stage in the Olympia Hall, the ecumenical guests went on to talk to some 100 interested visitors at the “My Church” booth. Patiently and very competently, they answered numerous questions and even made themselves available for individual inquiries. 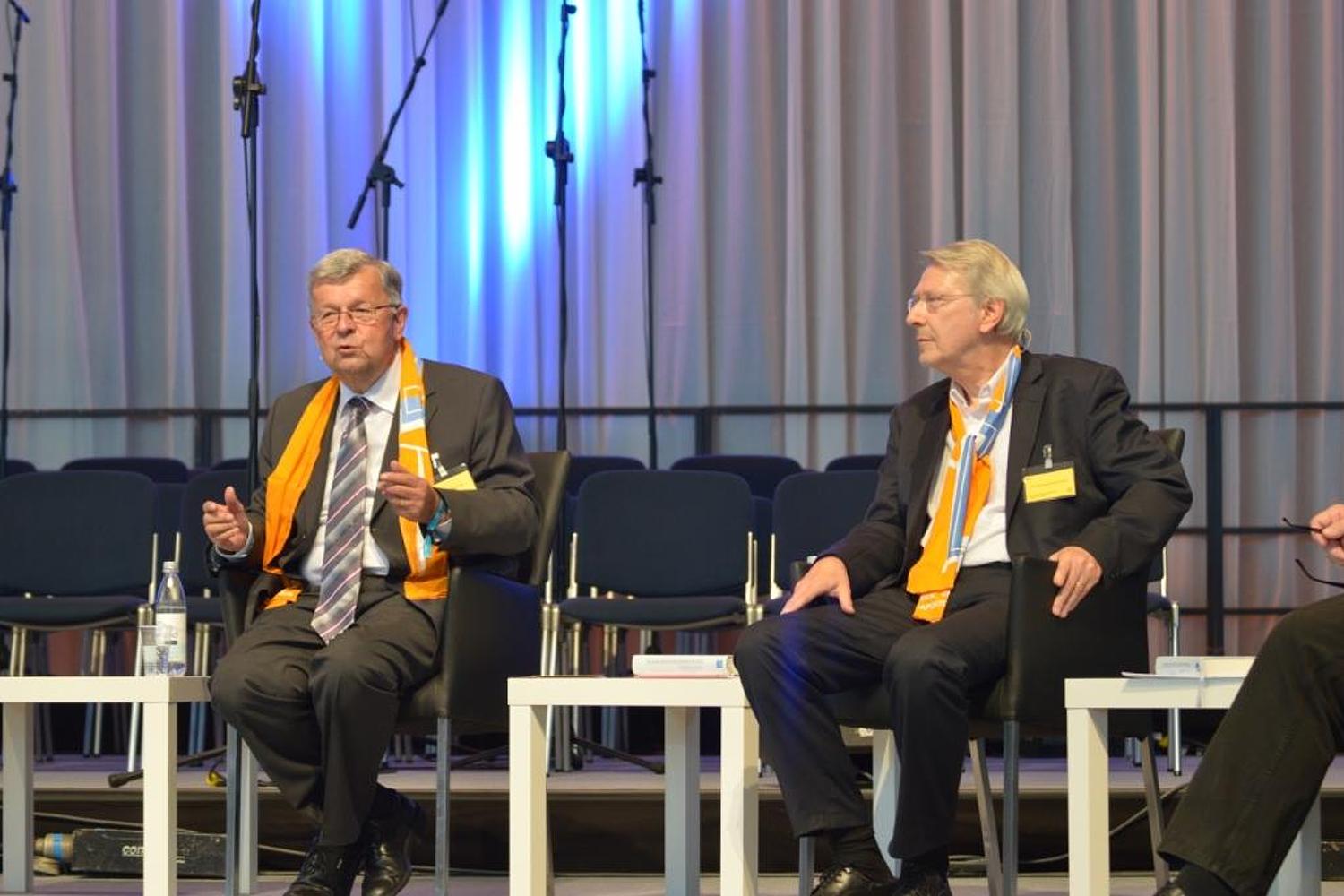