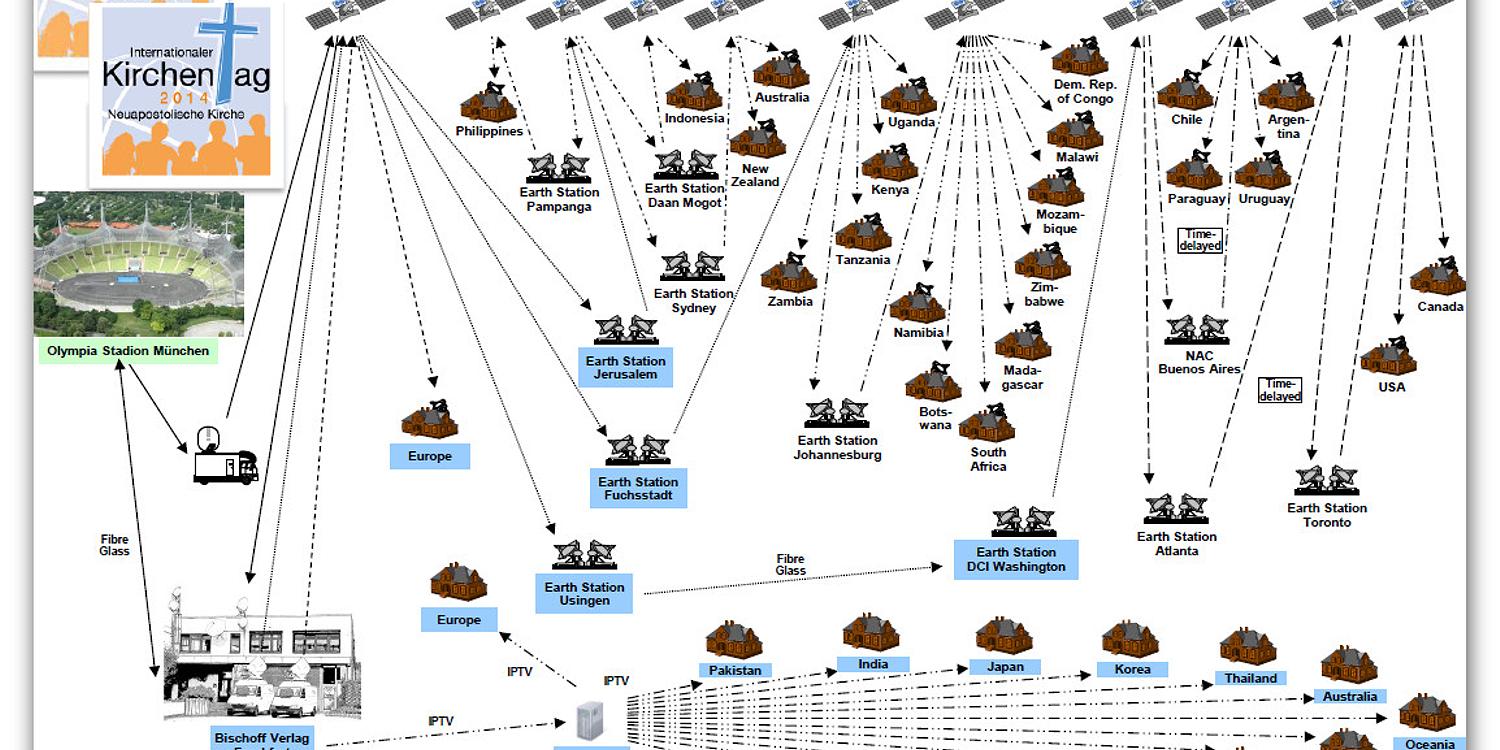 This year the Pentecost service will be...

Zurich. The divine service which Chief Apostle Jean-Luc Schneider will conduct on Pentecost Sunday on the occasion of the International Church Convention of the New Apostolic Church will be transmitted to over 100 countries on all continents with the help of satellites, fibre optic cables, and radio broadcasters. His sermon will first be interpreted into English at the altar phrase by phrase, and then interpreted simultaneously into over 20 other languages.

The first International Church Convention (ICC) of the New Apostolic Church will already be opening its gates on Friday, 6 June 2014. The venue for the event is the Olympia complex in Munich. Over 40,000 participants from Germany, Europe, and overseas are expected to attend. The spiritual highlight will be a festive divine service on Pentecost Sunday, which will be conducted in the Olympia stadium by the international Church leader, Chief Apostle Jean-Luc Schneider, and will feature numerous guests from all around the world.

The Church’s Bischoff publishers in Frankfurt will be responsible for managing the transmission equipment. Employees from the AV-service department will be in Munich with the publishers’ broadcast vehicle in order to project workshops, lectures, and panel discussions onto a large number of screens and monitors over the three days of the event. The direction and transmission of these events, including the divine service, will be performed in cooperation with a variety of service providers.

A mobile transmission vehicle (uplink) from the Media Broadcast radio and media provider will send the mixed and prepared signal to the studios of the Bischoff publishers by way of a satellite from the Eutelsat-Group. There the divine service will be simultaneously interpreted into over 20 languages.

On the company’s premises there are another two uplinks: one of them will send the video, original sound, and translation feeds to the Eutelsat satellite, which will distribute the signal throughout Europe, Northern Africa, and parts of Asia. The other will likewise make use of a Eutelsat satellite to send the original signal, along with the French, Portuguese, and Spanish translations, to earth stations in Usingen, Fuchsstadt, and Jerusalem. From there, the transmission will be carried to earth stations in other continents via other satellites and fibre optic cable. Those stations will in turn distribute the transmission to the receivers in the various congregations by satellite and radio signal. Owing to the time difference, the transmission will be recorded in America and made accessible to the congregations there at a later point in time.

Streaming via the internet

Some congregations in South East Asia and in some countries of Africa—as well as a number of believers who cannot be reached by satellite—will have the ability to live stream the divine service over the internet. These participants will receive authorisation from their individual District Churches and will be provided with an access code well in advance. A total of twelve streams of various bandwidths and levels of quality—as well as various languages—will be available.

At present there are over 1,600 church buildings of the New Apostolic Church in more than 40 countries of Europe and parts of Asia that are equipped to receive divine services via satellite, and some of these are also equipped for internet access. This network extends from Scandinavia in the north all the way to Madeira, Malta, Cypress, and Israel in the South, and from west of the Azores to beyond the Ural Mountains in the east.

From this year’s point of transmission in Munich, the signal will travel some 144,000 kilometres until it reaches the receiving sites. This will require a mere three seconds.

Our graphic (PDF) illustrates the path taken by the satellite signal in the process. 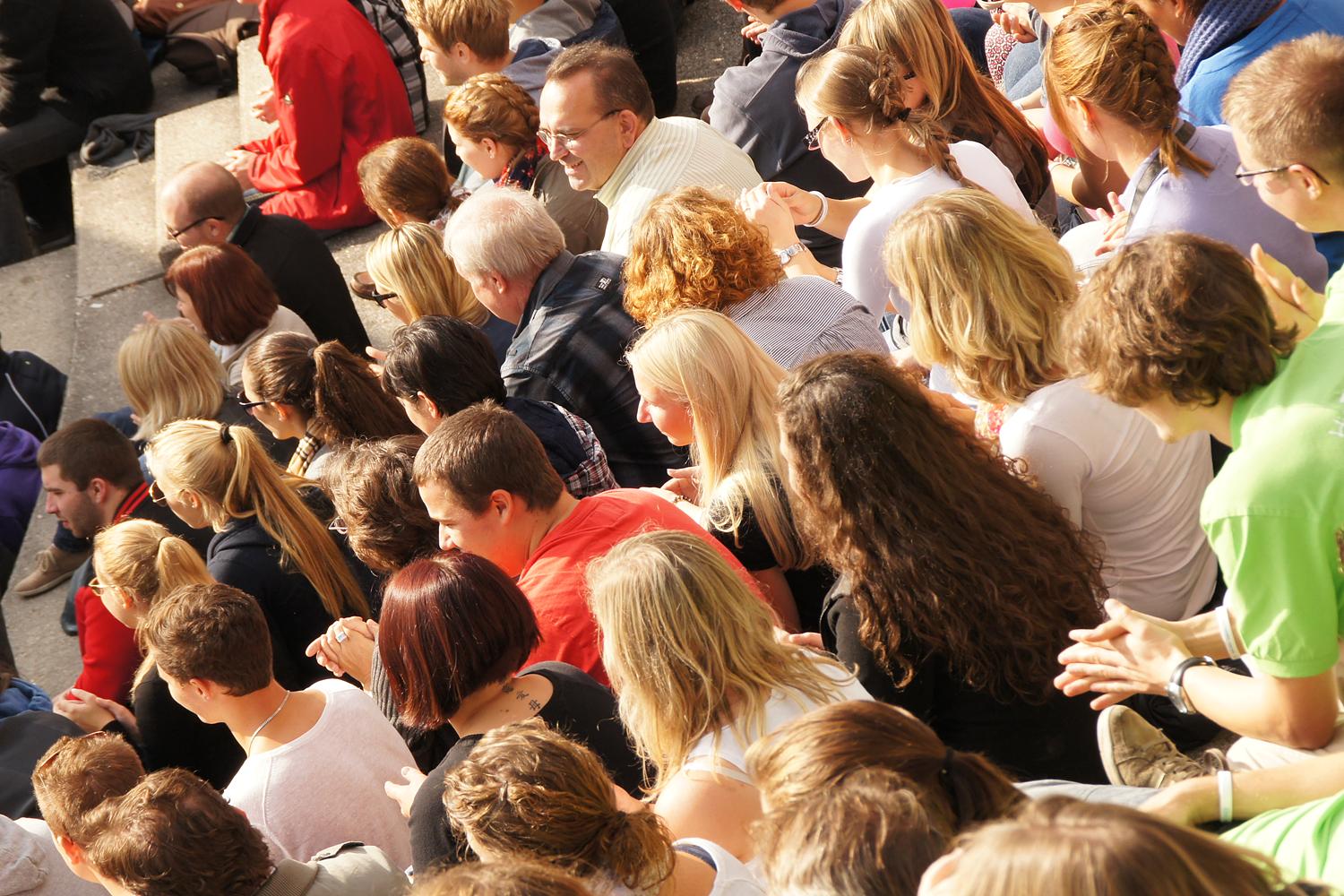 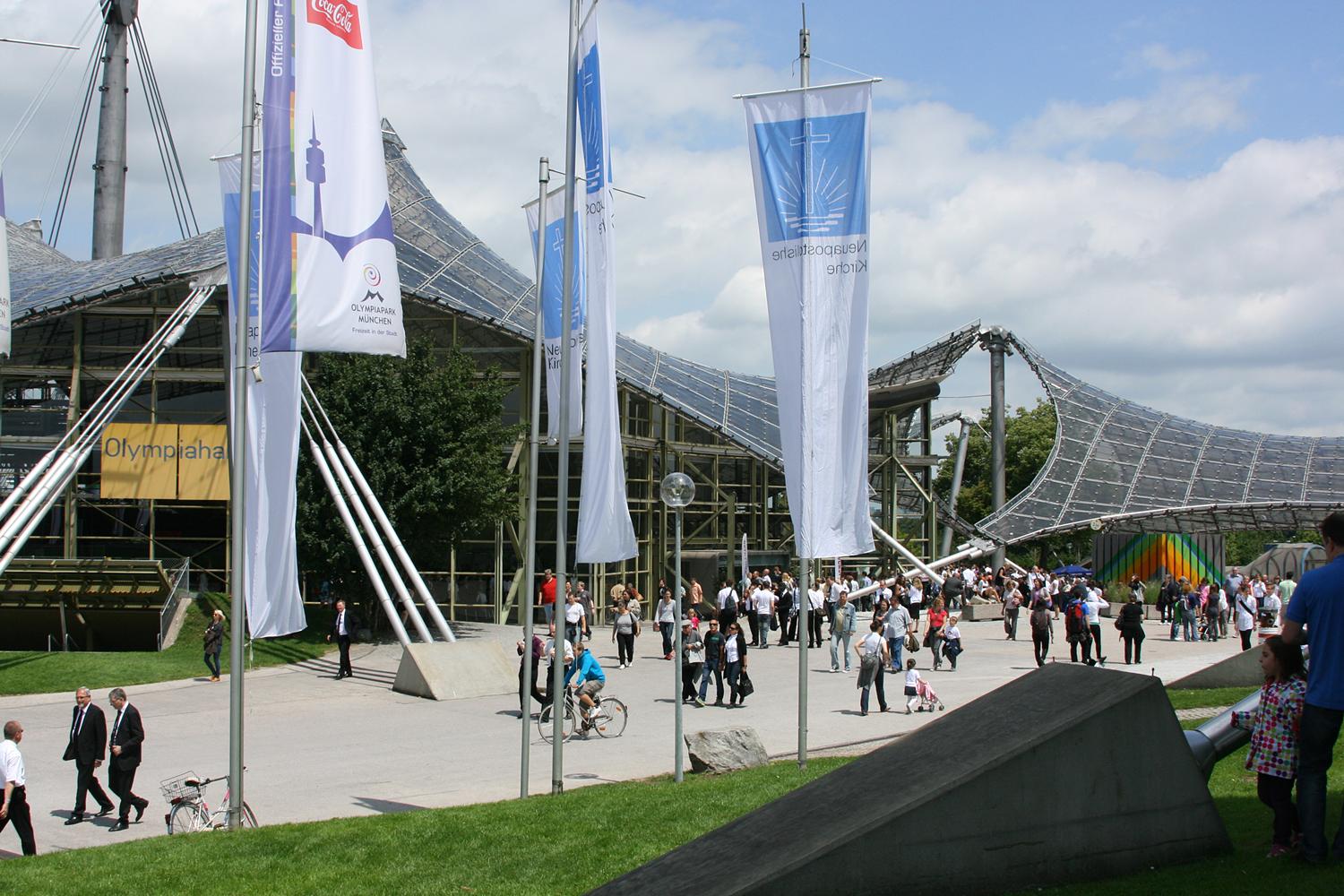