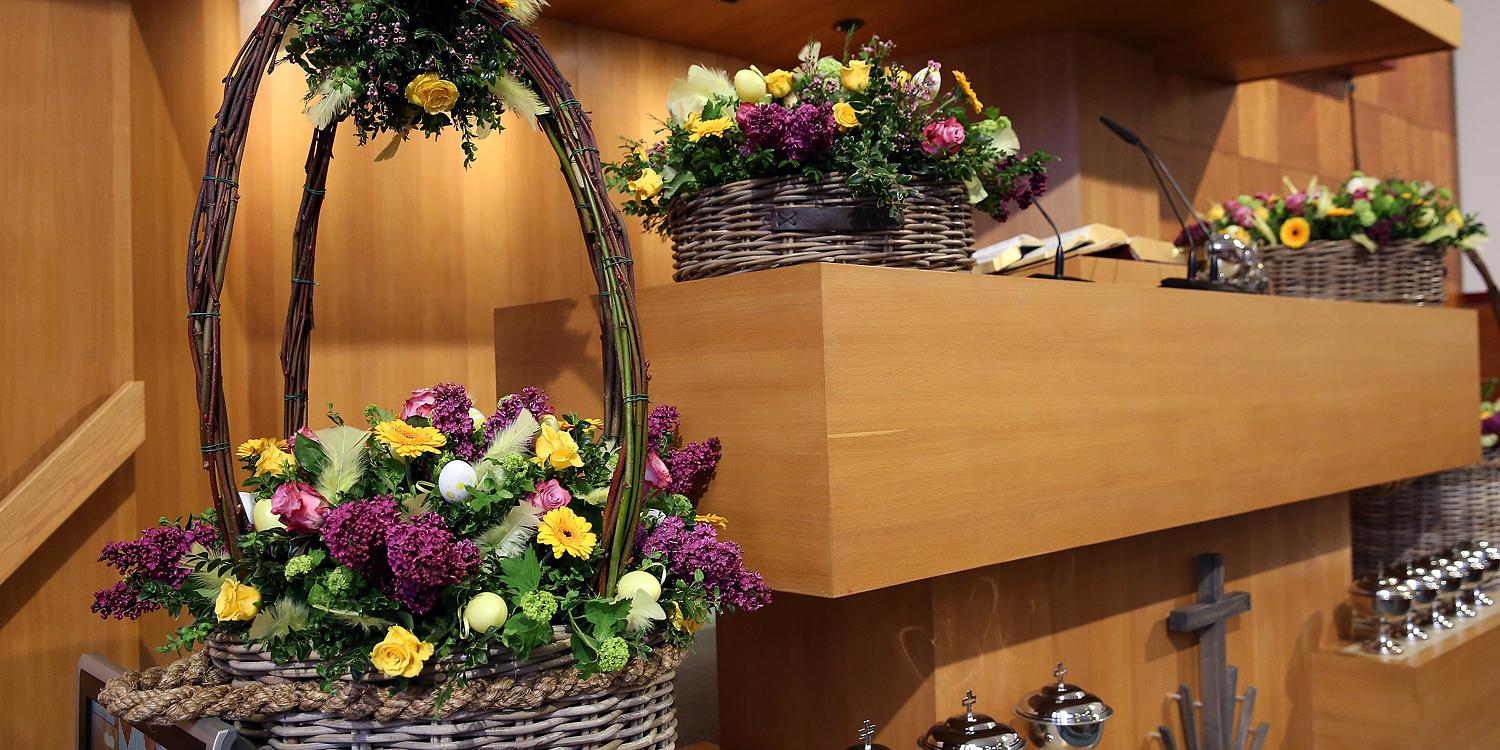 Hilversum/Zurich. “We have a God who loves us, who understands us, and who shares with us. We have a God who loves the sinner and is very near to him—that is our Easter joy!” It was with this Easter message in mind that Chief Apostle Jean-Luc Schneider travelled to Hilversum. Some 650 believers had assembled in the central church of the Netherlands that Easter morning. A large choir and an instrumental ensemble provided the music for the divine service.

The basis of the sermon was a Bible text taken from Acts 4:33: “And with great power the Apostles gave witness to the resurrection of the Lord Jesus. And great grace was upon them all.” In his sermon, the international Church leader explained the power of the resurrection and the resulting implications for the Christian faith: “The resurrection of Jesus is a source of joy for all Christians!” Belief in the resurrection permanently changes our understanding of God. “The Christian belief in the God of love, grace, and righteousness has developed from the Judaic conception of God as a Judge whose laws could never be completely fulfilled,” emphasised Chief Apostle Schneider. This is also the reason why Christendom no longer observes the Sabbath, but rather hallows the first day of the week, which is the day that Christ resurrected. “Today our holy day is the Sunday. We profess Jesus’ resurrection by attending the divine services,” explained the Chief Apostle.

The power of the resurrection

The resurrection also brought about a change in the way human beings believe in Jesus Christ. Before, their faith was based on the signs and wonders of Jesus, which they had seen. After Easter, their faith was based on the resurrection: “This belief gave them strength. It enabled them to summon up new courage because they recognised that even death could not separate them from Jesus.” With these words Chief Apostle Schneider established a link to the Bible text from Acts: “If our faith is only based on signs and wonders, it will become weak and will hardly be able to withstand the first big storm,” he concluded. “After all, those who align their lives by the gospel will not necessarily have an easier life. Nevertheless, the certainty that Jesus loves us, that He wants to help us, and that no one can prevent Him from doing so, gives us courage to face all challenges of life.”

The power of loving one’s neighbour

In his sermon the Church leader also went on to describe the significance of the forgiveness of sins. Jesus had expressed this on several occasions and in so doing linked forgiveness to the condition of forgiving one’s neighbour. Concerning this Chief Apostle Schneider stated: “Because Jesus resurrected, He is the Son of God. And because He is the Son of God, He can erase sins. And because He can genuinely erase them, it is worthwhile for us to forgive our neighbour.” Ultimately, the resurrection is also the promise and foundation of our own resurrection,” said the Chief Apostle as he concluded his Easter message. “The Judaic hope consisted of resting in peace in the realm of the dead for all eternity. However, Christ has created a whole new dimension through His resurrection.”

“If we want to resurrect with Him, we must live with Him and for Him already today! This was not only the understanding of the Apostles of that time, but must also apply for us today: let us treat one another with brotherly love. Let us share both our sorrows and our joys,” appealed the Chief Apostle. “We serve God when we serve our neighbour.” 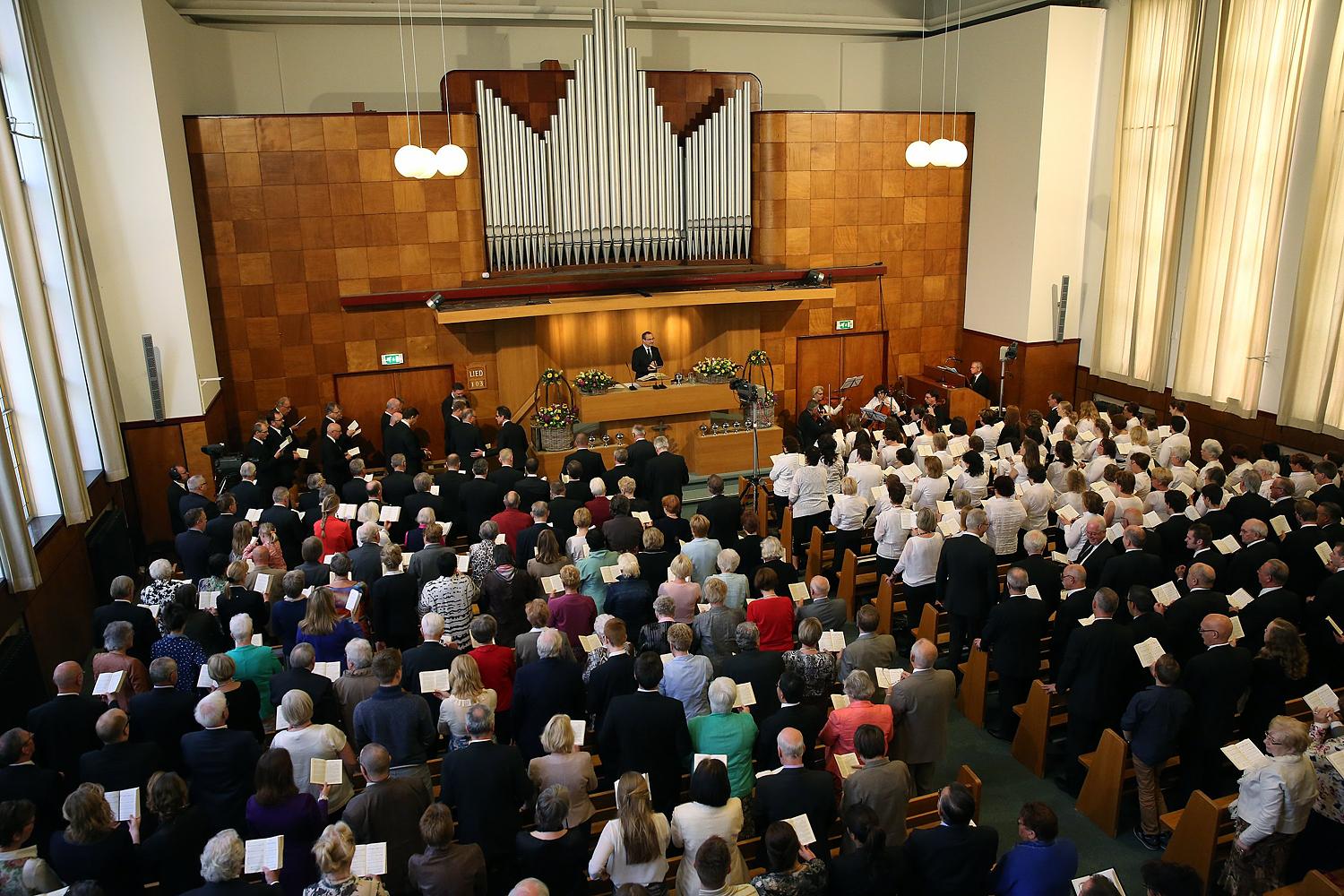 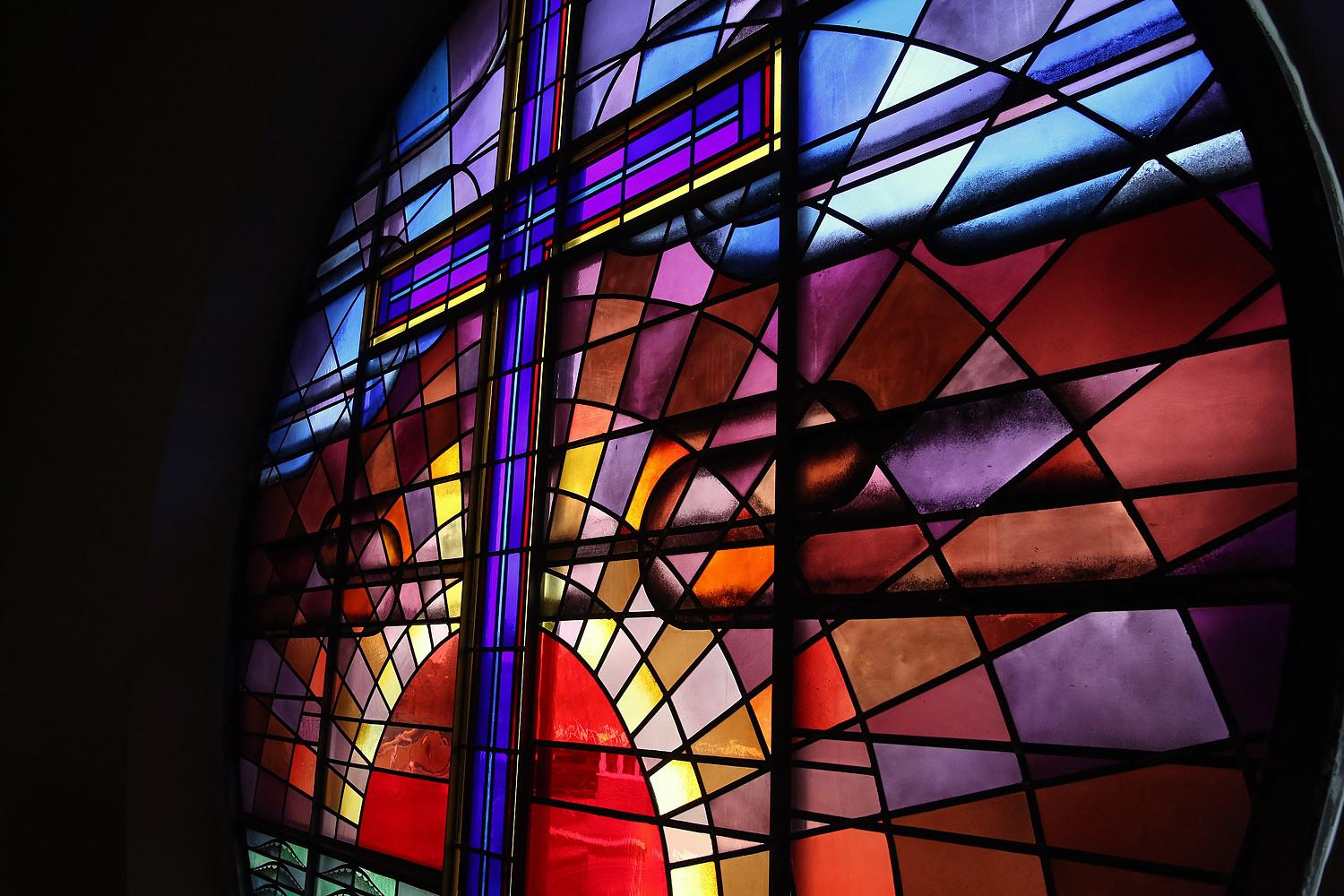