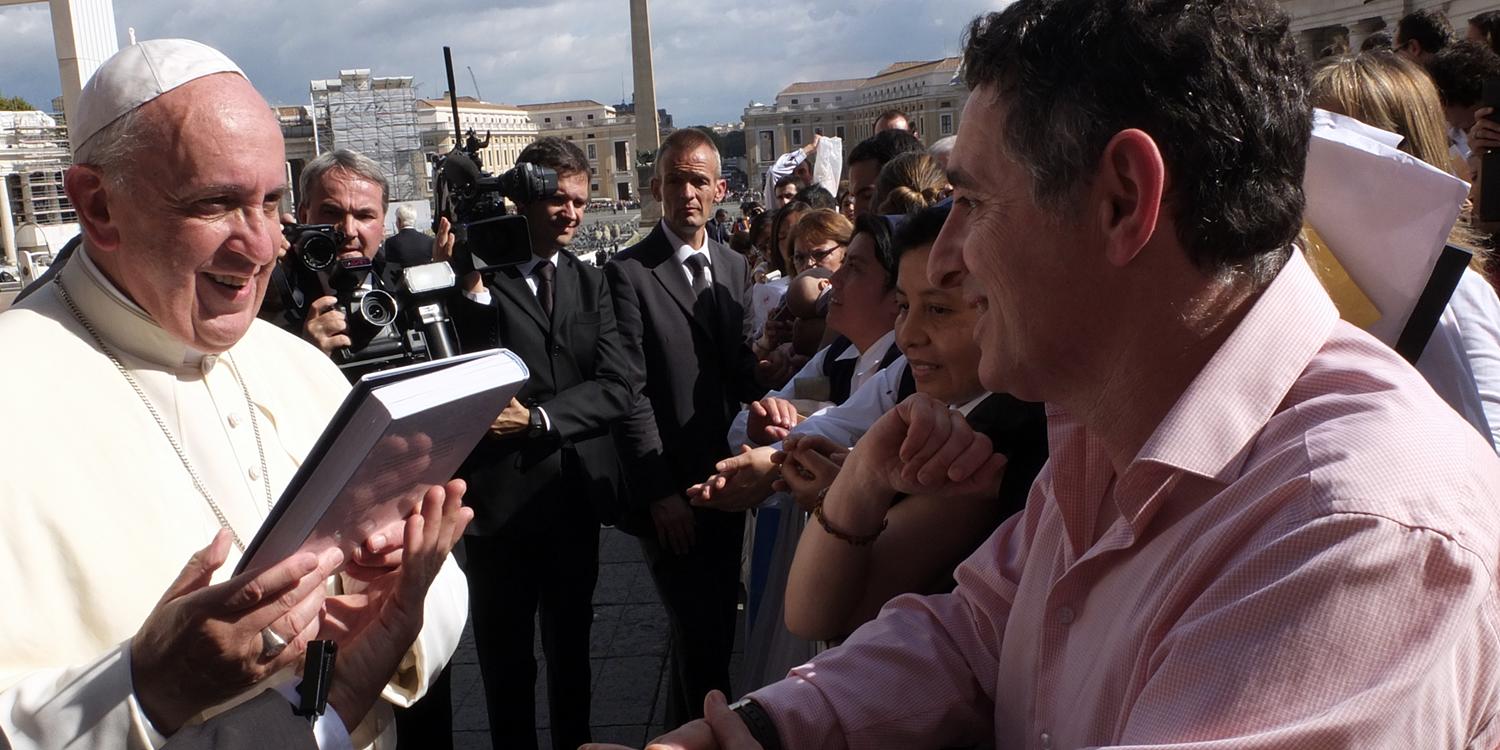 A copy of the Catechism for the Pope

Rome. Pope Francis regularly receives many believers for general audiences in St. Peter’s Square in Rome. Recently a Priest from Argentina took this opportunity to hand him a Spanish edition of the Catechism of the New Apostolic Church. Concerning this, Argentine District Apostle Norberto Passuni writes:  “It is advantageous for us as Argentines that the Pope comes from our country.”

In the process, two photos were taken, which the South American Church leader sent to the Chief Apostle. The District Apostle describes the little story in the background as follows: “One of our Priests who travelled to Rome with his wife was able to personally present a copy of the Catechism to the Pope. An interesting conversation ensued, during which the Pope listened attentively to our brother as he told him he is a New Apostolic Christian and explained what this means to him.”

Official presentation in the Vatican

On the occasion of a trip to Rome in January of this year, the New Apostolic work group “Contact with other Churches and Religions” was able to officially present a copy of the Catechism in the Vatican. Cardinal Kurt Koch, the president of the Pontifical Council for Promoting Christian Unity, received the textbook and spoke with the New Apostolic delegation for an audience that lasted a good hour. It was the same Cardinal Koch who also sent a letter of condolence on the passing of Chief Apostle Richard Fehr (we reported) on behalf of the Roman Curia. 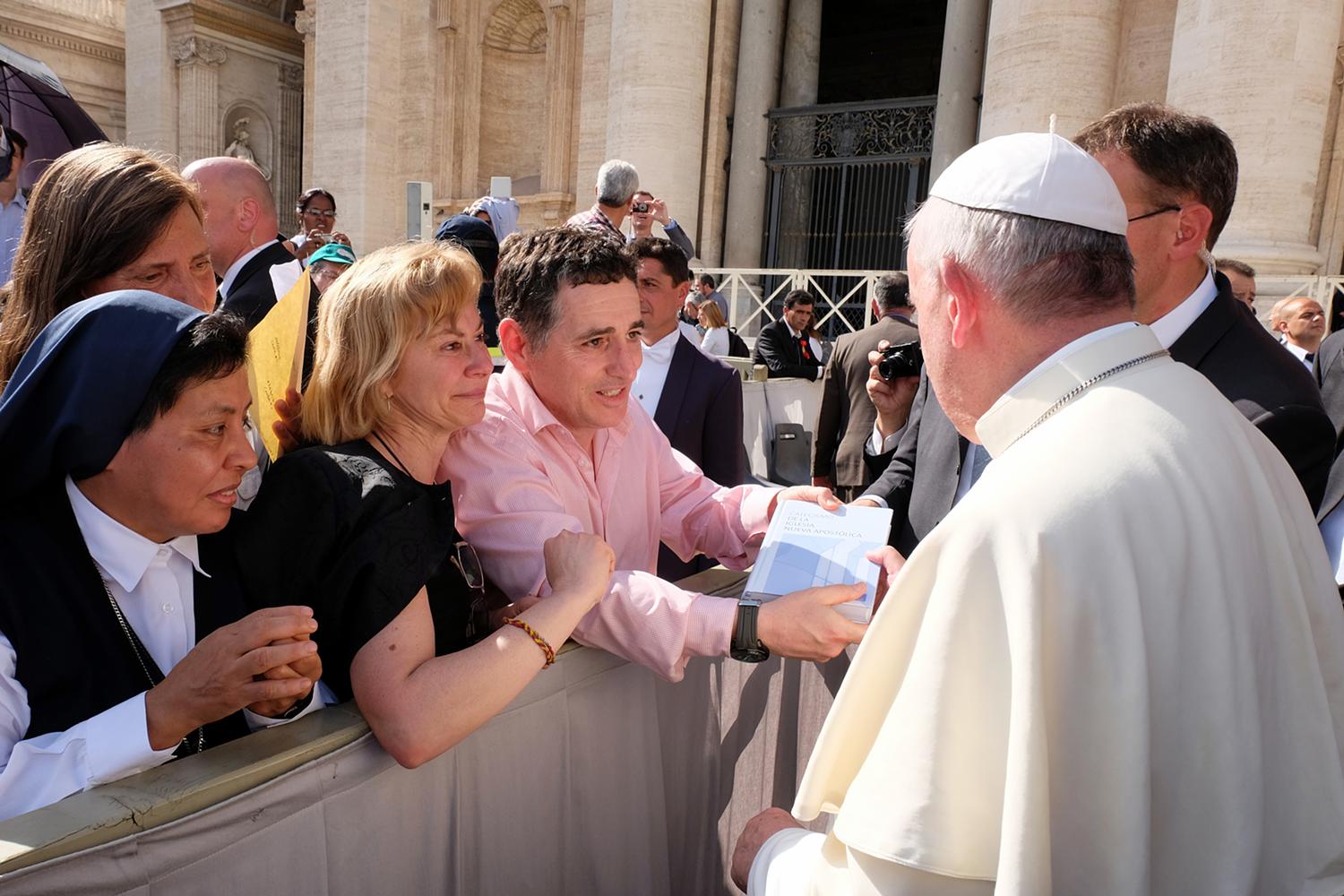 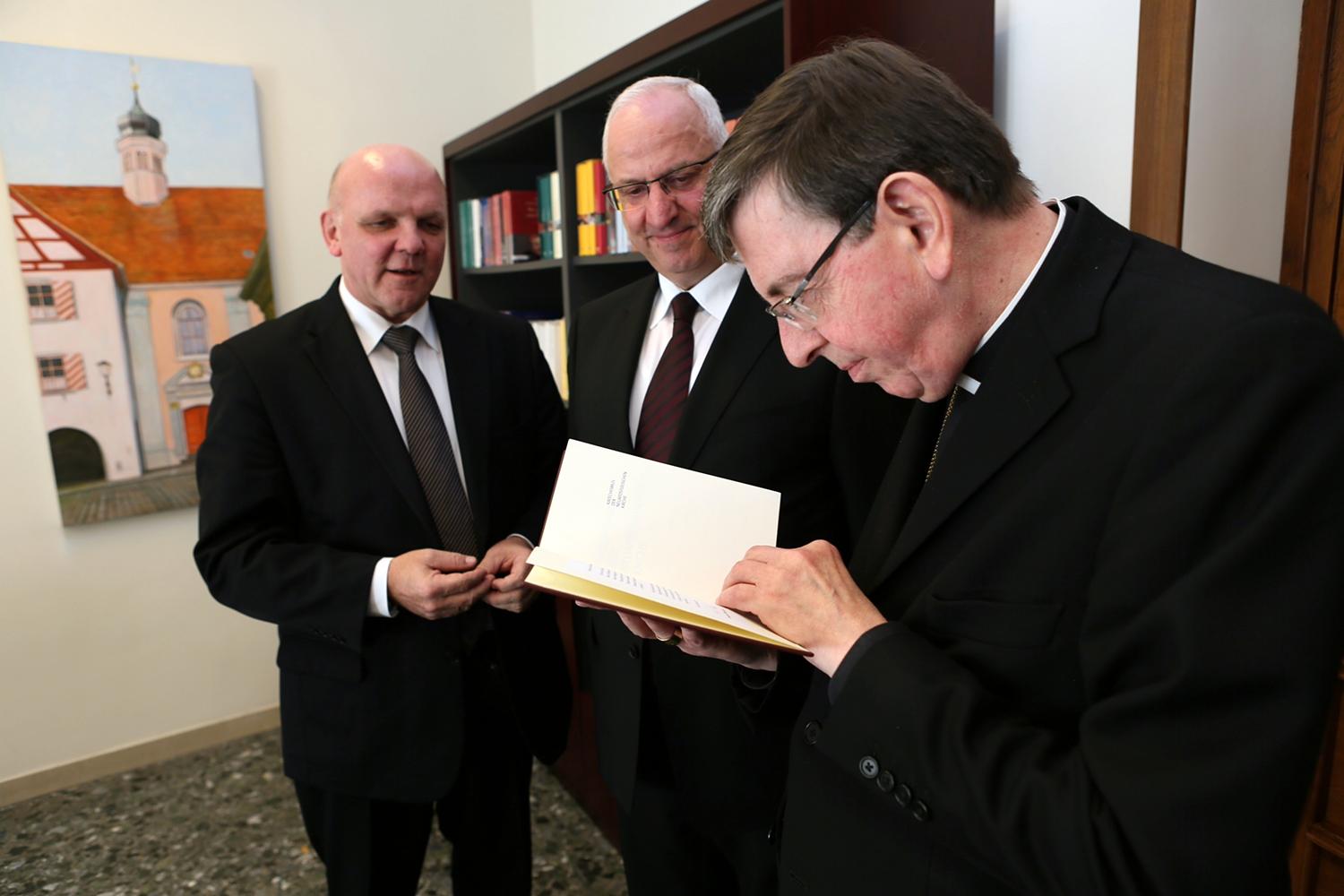