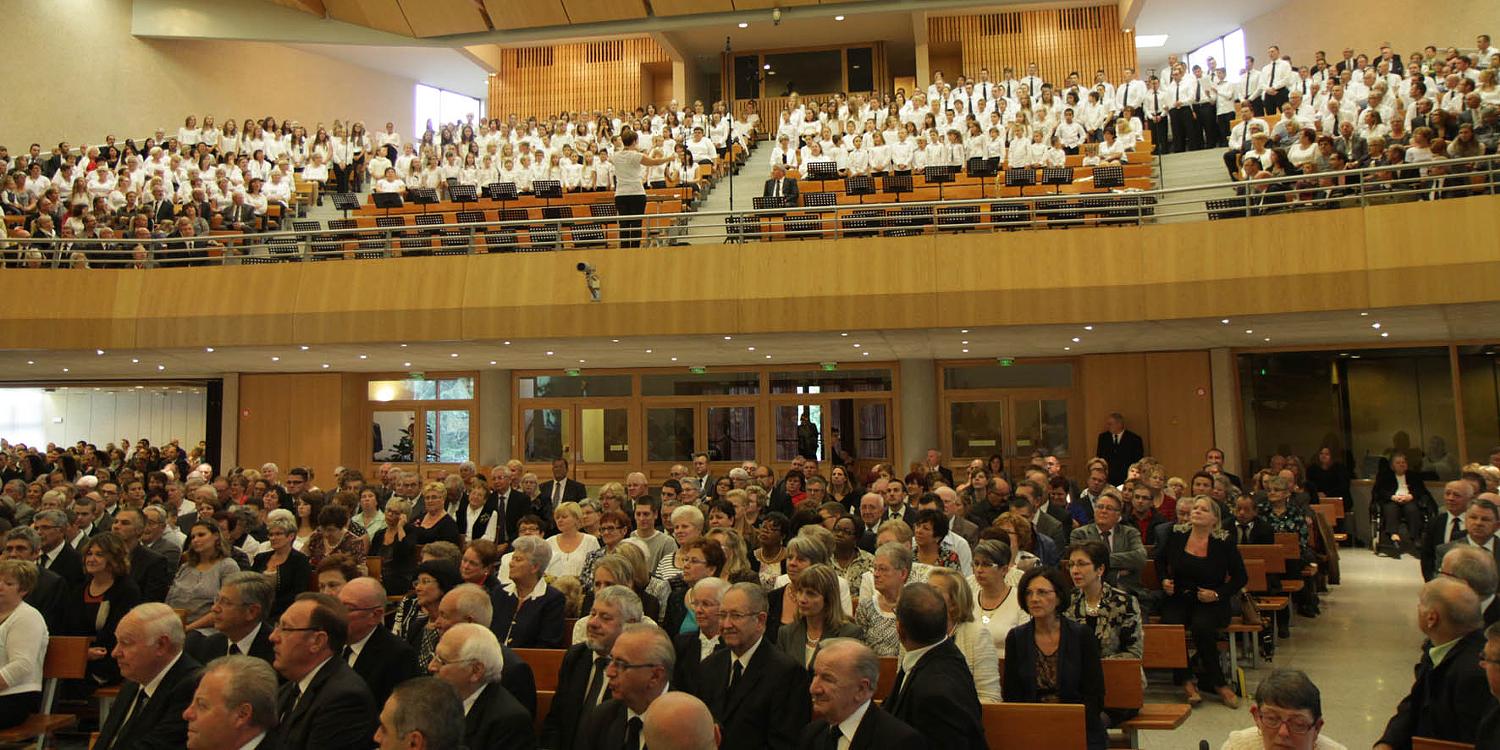 Metz/Zurich. For the first time since assuming his new ministry on Pentecost of this year, Chief Apostle Jean-Luc Schneider visited his home country of France. In a divine service he conducted in Metz on Sunday, 15 September, he gave Apostle Alain Dubois an early retirement for health reasons and went on to ordain Xavier Arèse (52) as the new Apostle for France.

Apostle Alain Dubois served for 39 years as a minister of the Church, the last 24 years of which he worked as an Apostle. He looked after the congregations in France and the islands in the care of the District Church of France with great sensitivity and love. The Chief Apostle expressed his thanks and appreciation as he paid tribute to the Apostle for his many years of tireless activity.

In his ordination address to the new Apostle Arèse, the Church leader recommended: “Inspire trust in God and preach peace as a humble servant of God. Spread joy and love!”

Do not grow tired!

The Church leader was very clear in his Sunday message: he encouraged the believers to remain strong in faith and to demonstrate endurance in the gospel. “Therefore, since we have this ministry, as we have received mercy, we do not lose heart” (2 Corinthians 4: 1). “Do not grow tired!”—this was one of the central elements of the sermon. The Chief Apostle also called upon the believers: “Do not allow yourselves to become discouraged, but instead fulfil your mission and profess your faith and the gospel in today’s society! Do good works!”

Concert and farewell from active ministry

The day before, on Saturday, 14 September, various musical groups put together a festive concert in the New Apostolic congregation of Merlebach. With expressions of profound gratitude, Apostle Alain Dubois was given a festive discharge from active ministry. His pastoral working area was immense, and he was admired by many members. Children, young people, and ministers from the Lorraine welcomed the visitors with numerous hymns. The entire congregation was delighted and made use of the concert to prepare themselves for the coming day.

You can also read our divine service report on the website of the New Apostolic Church France. 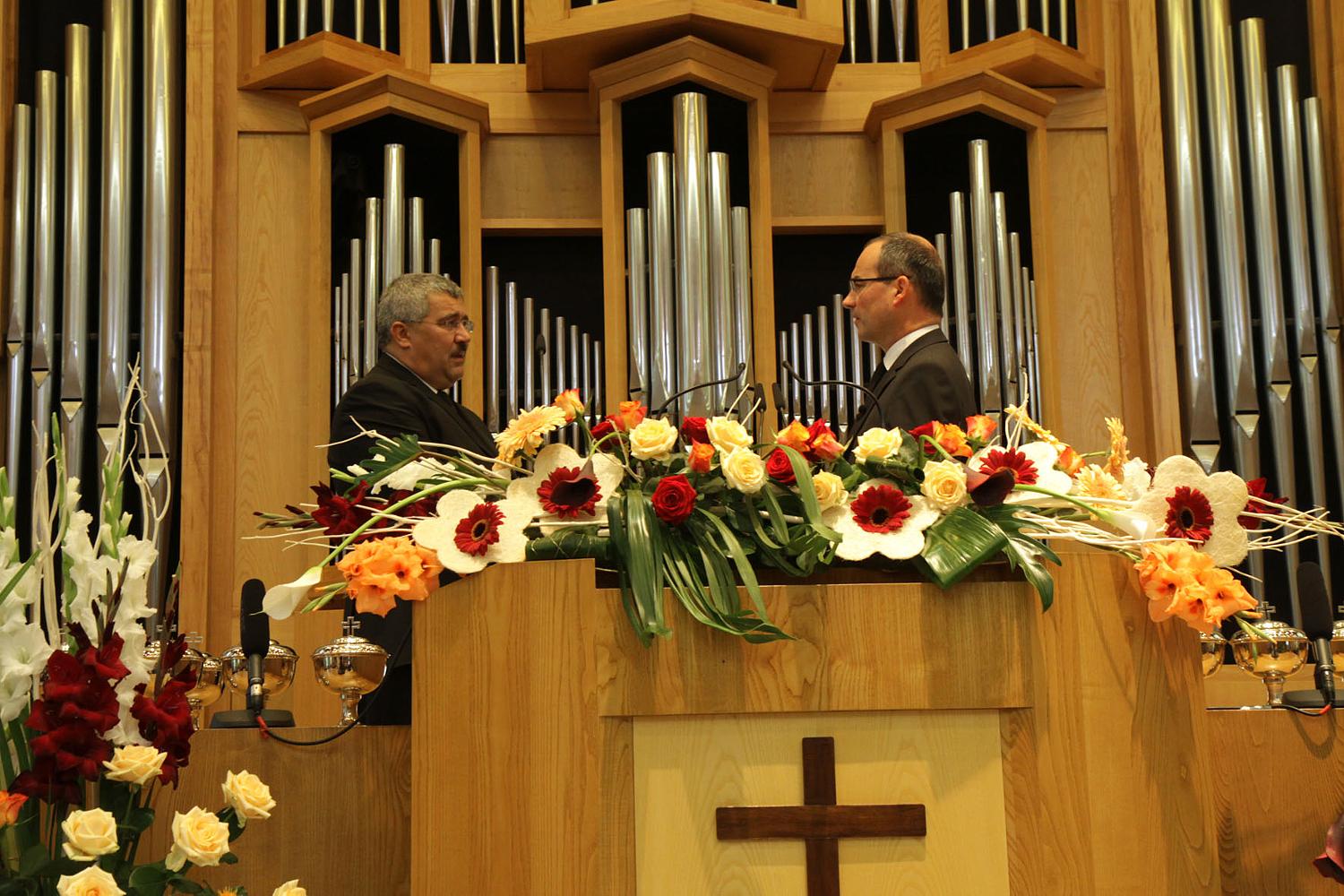 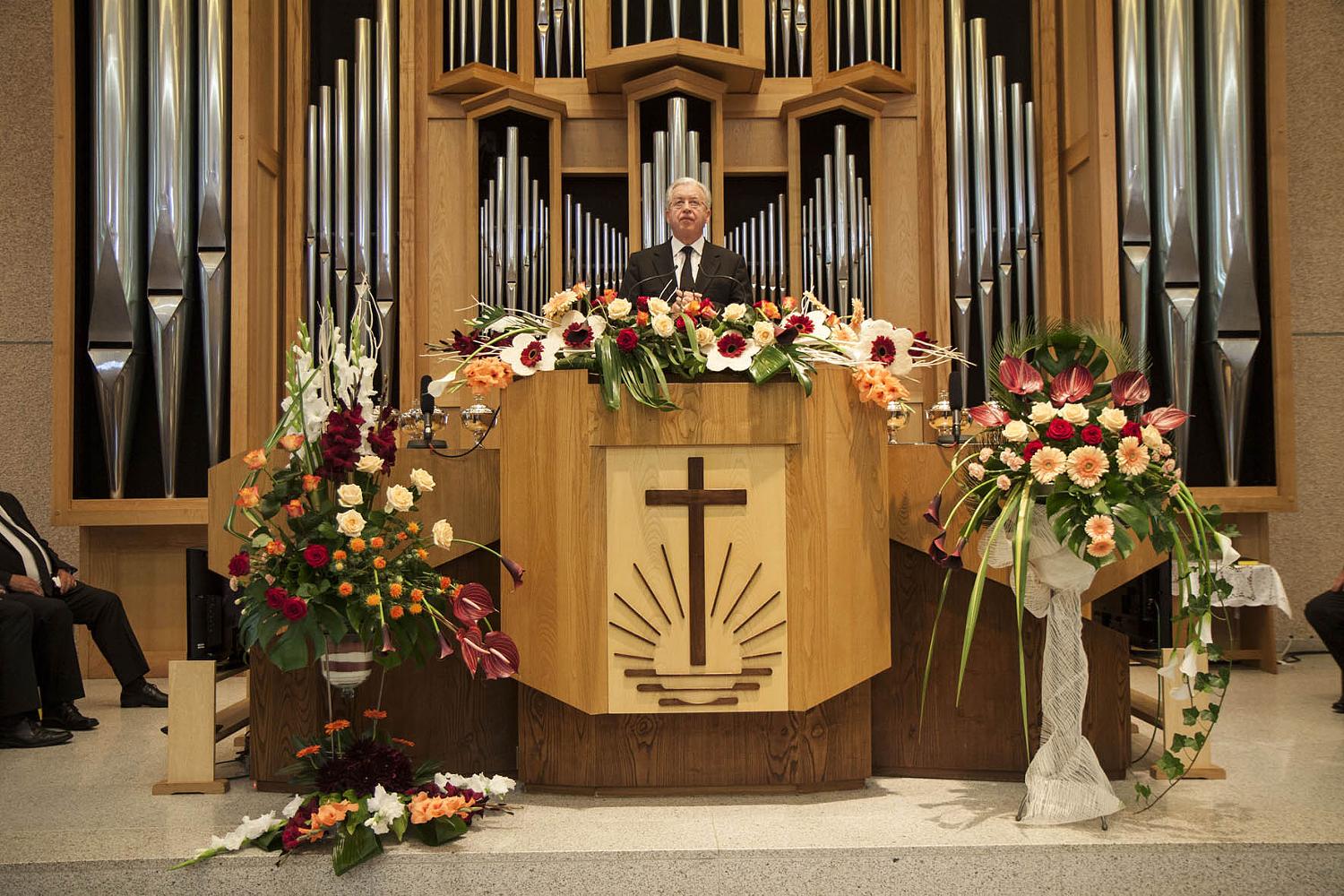