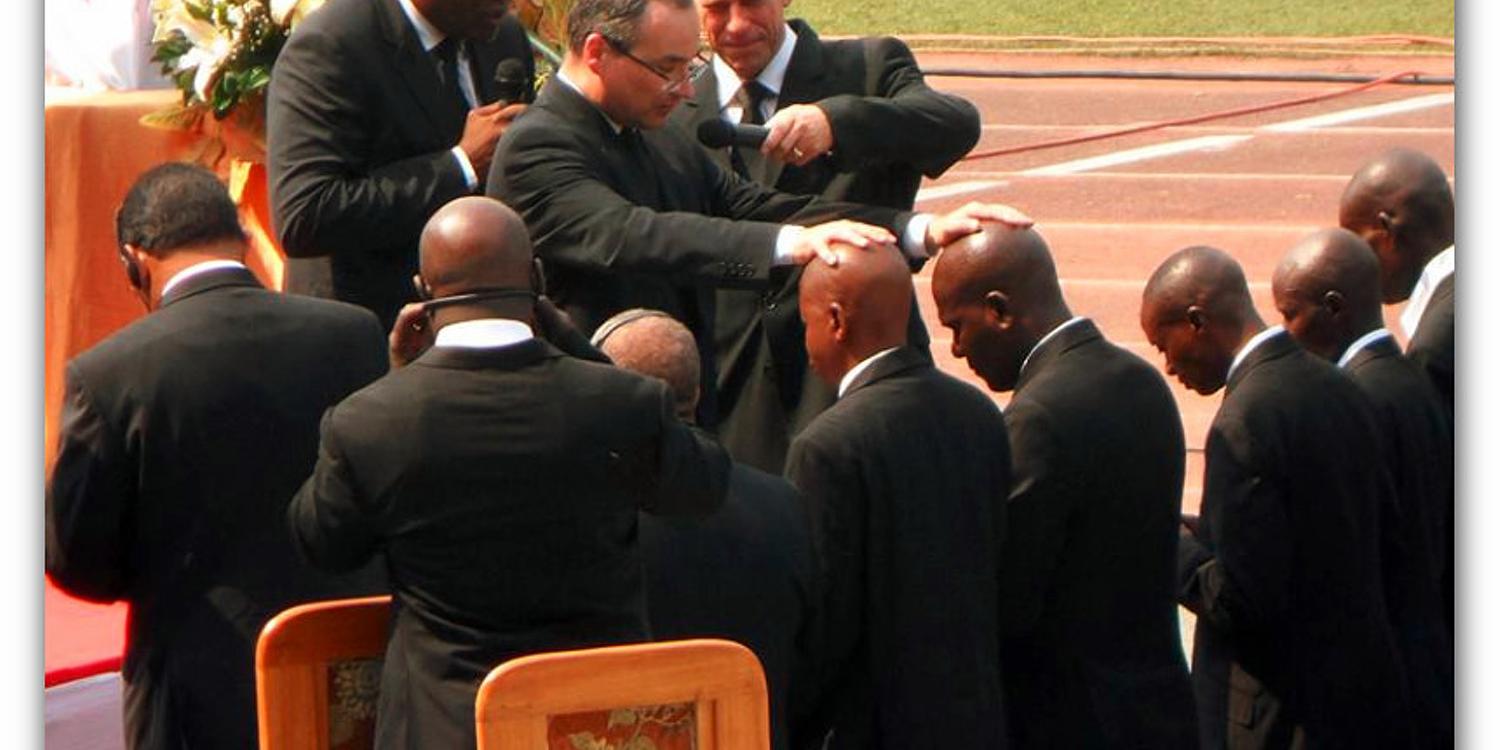 New ministerial gifts in the Congo

Zurich. The New Apostolic Church in the Democratic Republic of Congo is growing. Chief Apostle Jean-Luc Schneider ordained twelve new Apostles and eight new Bishops on the occasion of his trip to Kinshasa. He has thereby kept up with the growing congregations in this magnificent African country, where the New Apostolic Church is divided into the two District Churches of Western and South Eastern Congo.

The District Church of Congo West is led by District Apostle Michael Deppner. Here the Chief Apostle began by granting three Apostles and three Bishops a well-deserved retirement. For decades they had worked in faithfulness to the Church and had been good shepherds to the souls of many thousands of brothers and sisters. In order to ensure that there would be no gaps in pastoral care in the wake of these retirements, the Church leader went on to ordain seven new Apostles and seven new Bishops!

District Apostle Tshitshi Tshisekedi leads the District Church of South Eastern Congo. He too expressed the need for new ministers, and so five new Apostles were called in order to serve the many congregations there. But before that, he also had to bid farewell to four Apostles and two Bishops, who had likewise earned a blessed retirement after working in the Church for decades.

Divine service broadcast throughout the country on television

This divine service—which Chief Apostle Schneider conducted as an exception on a Monday, 24 June—was thus marked by retirements and ordinations. It was attended by 60,000 believers and was also broadcast throughout the country over the national television station. Chief Apostle Schneider based his sermon on a Bible text from Matthew 6: 11: “Give us this day our daily bread.” Concerning this he explained that, while this petition applies primarily to earthly life, it also has an application for the soul. The word of God is indispensable for eternal life and, as the Lord already stated, our food should consist of doing the will of the Father.