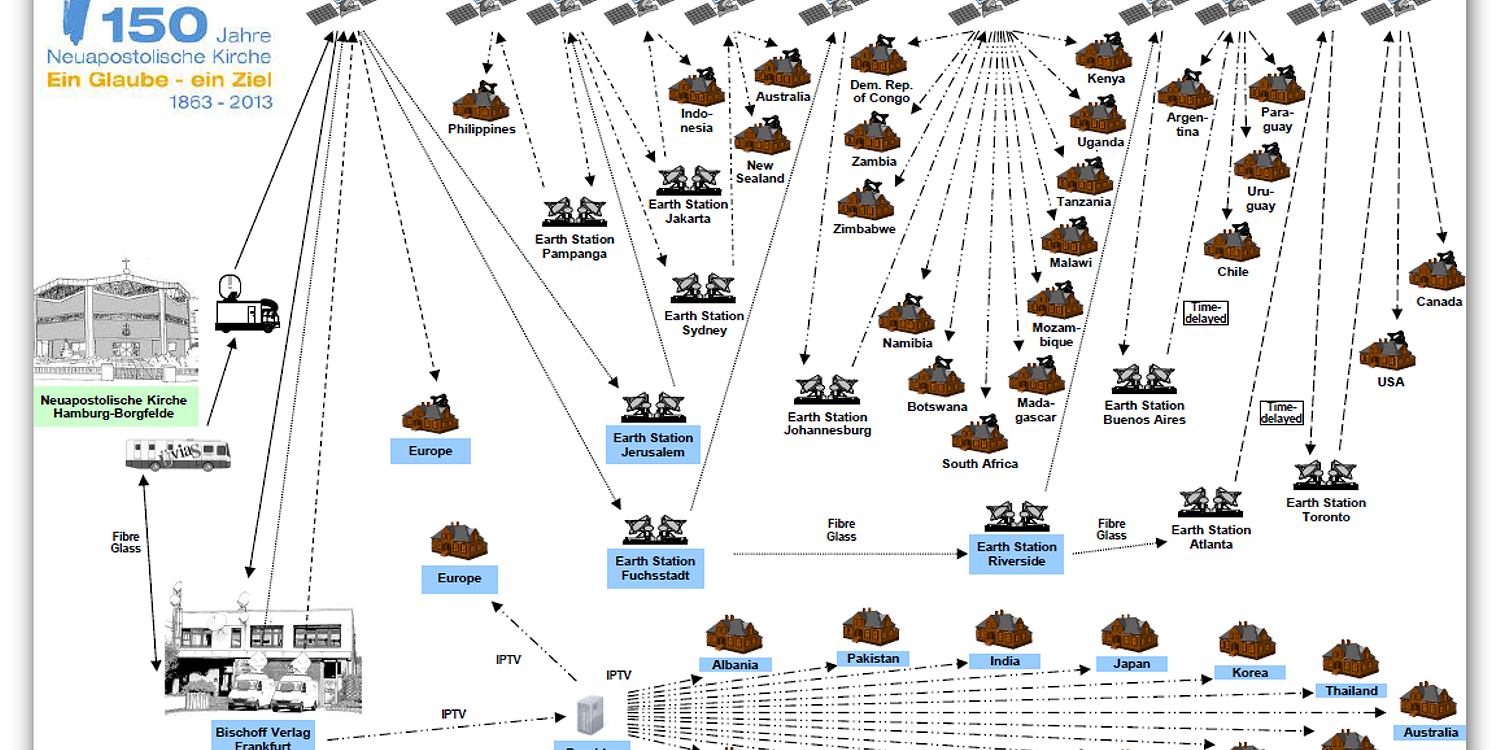 Pentecost message from Hamburg to be sent around the world

“This year’s Pentecost celebration will be a special experience for many New Apostolic Christians,” says Church spokesman Peter Johanning. “Pentecost is not just a commemoration of the birthday of the Christian church in general, but will this year will also be celebrated in the context of the 150-year anniversary of the New Apostolic Church.” The congregation in Hamburg already played a key role in 1863. On this occasion, 150 years later, Chief Apostle Wilhelm Leber will again be in Hamburg, this time to address his Pentecost greeting and traditional guiding message for the coming church year to the believers. “We are very happy that the Pentecost service in Hamburg will be received by several hundred congregations around the world via satellite transmission, and that millions of believers will thus be able to feel the power of this spiritual message,” says Bishop Johanning.

Chief Apostle Wilhelm Leber, who has been in office since Pentecost 2005, will retire after exactly eight years in ministry. “It is also a special experience for him that this can happen in Hamburg, of all places,” says Johanning. At the end of the Pentecost service, Chief Apostle Helper Jean-Luc Schneider will be ordained to the Chief Apostle ministry. The new Chief Apostle is from France, is 54 years of age, and has served the Church in various levels of ministry for many years.

The festive divine service will be transmitted by satellite, fibre optic cable, radio, and internet to over 100 countries on all five continents. The sermon will be translated into English at the altar and then be translated simultaneously into over 20 other languages. The entire transmission will be operated by the Church-owned Bischoff publishers in Frankfurt am Main.

Twenty translations for congregations in 100 countries

In Hamburg itself the Publishers’ own outside broadcast (OB) vehicle will record the divine service on five separate cameras. Another mobile transmission vehicle (uplink) belonging to a radio and media provider will send the mixed and edited signal to the studios of the Bischoff publishers in Frankfurt via one of the Eutel-Satellites. It is also there that the interpreters will simultaneously translate the divine service into the various languages.

There are another two uplinks in Frankfurt: one of them will send video, original sound, and translations to the Eutel-Satellite that will distribute the signal throughout Europe, Northern Africa, and parts of Asia. The other will send the original signal, together with only the French, Portuguese, and Spanish translations, also via the Eutel-Satellite, to earth stations in Fuchsstadt and Jerusalem. From there the transmission will continue via other satellites and fibre optic cable to earth stations on the other continents. These stations will in turn distribute the transmission by satellite and radio signal to receivers in the church congregations. Owing to the time difference, the transmission will be recorded in America and made available to the congregations there at a later point in time.

For congregations in South East Asia, as well as individual countries in Africa, and for other believers who cannot be reached by satellite transmission, there is an opportunity to follow the divine service via internet. These participants will receive access authorisation ahead of time. Internet streaming will be handled by the Bischoff publishers through a provider. Ten streams in various band widths and quality levels, as well as different languages, will be available.

At present, over 1,600 church buildings of the New Apostolic Church in 40 countries in Europe and parts of Asia are equipped to receive divine services via satellite or internet. The area covered stretches from Scandinavia to Madeira, Malta, Cyprus, and Israel, and from the Azores to beyond the Ural region.

From this year’s transmitting location in Hamburg, the signal will cover approximately 144,000 kilometres to reach these receiving stations. This requires barely three seconds.