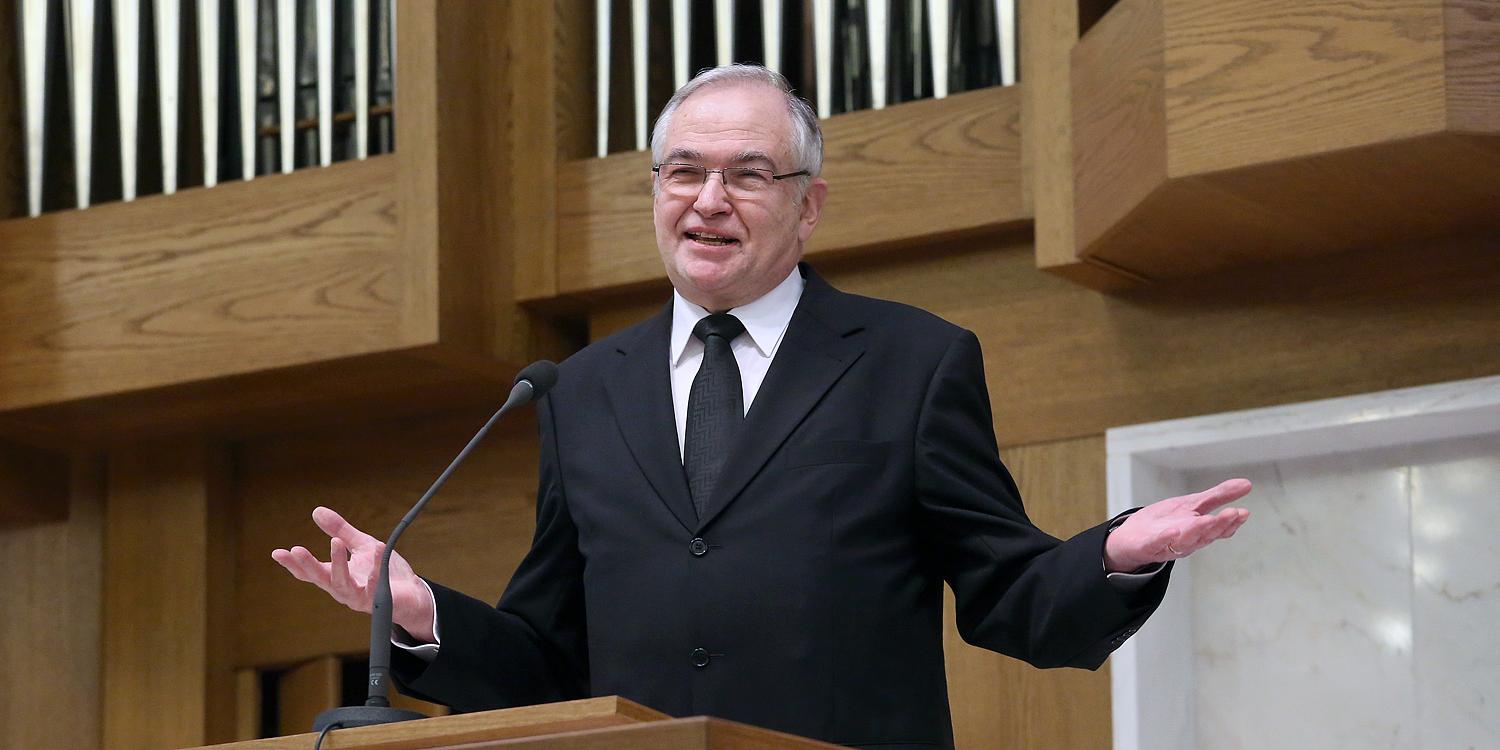 Zurich/Herford. Chief Apostle Wilhelm Leber, the international leader of the New Apostolic Church, chose the New Year’s Day divine service in his native city of Herford, Germany to officially usher in the 150-year anniversary of the Church: “The year 2013 is to be a year of profession!” In connection with this he referred to the great accomplishments of previous generations, without which the Church, as it stands today, would be inconceivable.

Right at the start of the divine service the Church leader explained that the year 2013 is an anniversary year for the Church. The prophetic calling of Apostles who were not recognised by the Apostles of the Catholic Apostolic Church 150 years ago is considered the birth of the New Apostolic Church. “We look back in gratitude and admiration to the witnesses of faith of that time. The beginnings were certainly arduous, and it must have required a great deal of courage to profess one’s affiliation to this little flock of believers.” The Church leader then stated his intent to declare the year 2013 a year of profession, and went on to explain what he meant by that. In order to testify of one’s faith, one must take a clear position and not retreat from it when decisive moments come. It lies in the nature of true profession to stand up fearlessly, clearly, and unambiguously for a cause without looking for a way out, and without worrying about any disadvantages that might result.

“It is quite clear,” said the Chief Apostle, “that one must stand behind one’s profession of faith with one’s entire being. Proper testifying of our faith requires a deep conviction of faith, love for the work of God, courage, and the firm will to act.” Chief Apostle Leber, who also brought these thoughts to expression in January’s Word of the month, directed the following appeal to all New Apostolic congregations around the world: “Let us profess that we have found the Lord in His Apostles! Let us testify that we await the return of the Son of God daily!”

In 2013 the New Apostolic Church celebrates its 150-year anniversary. To mark this occasion, the congregations around the world are planning various events. The high point of the anniversary year will be the Pentecost divine service which Chief Apostle Wilhelm Leber will conduct on 19 May 2013 in Hamburg, Germany.

We will be publishing a special page featuring the anniversary year 2013 on this international website of the New Apostolic Church.

You can read more about the divine service in Herford, Germany on the website of the New Apostolic Church North Rhine-Westphalia. 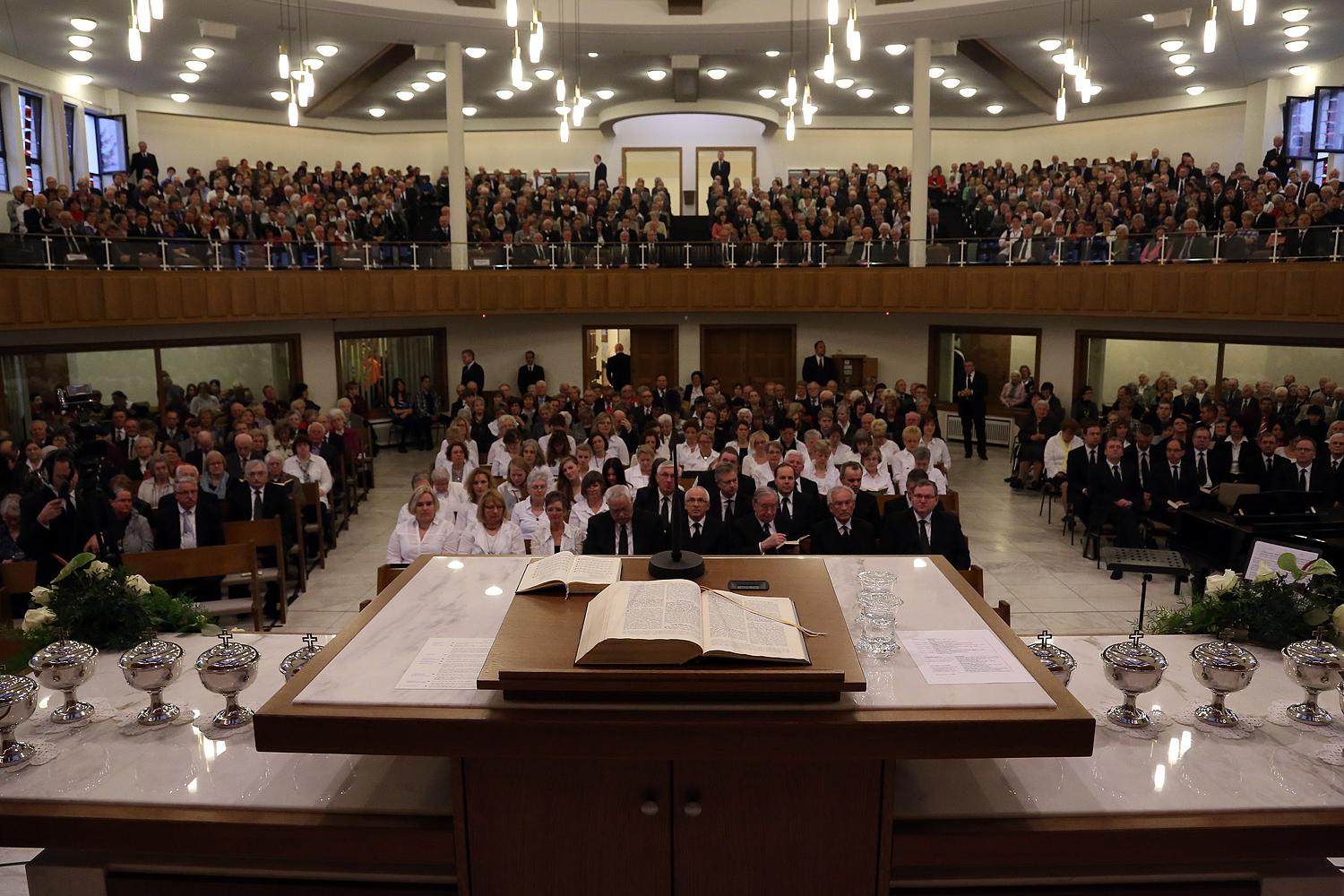