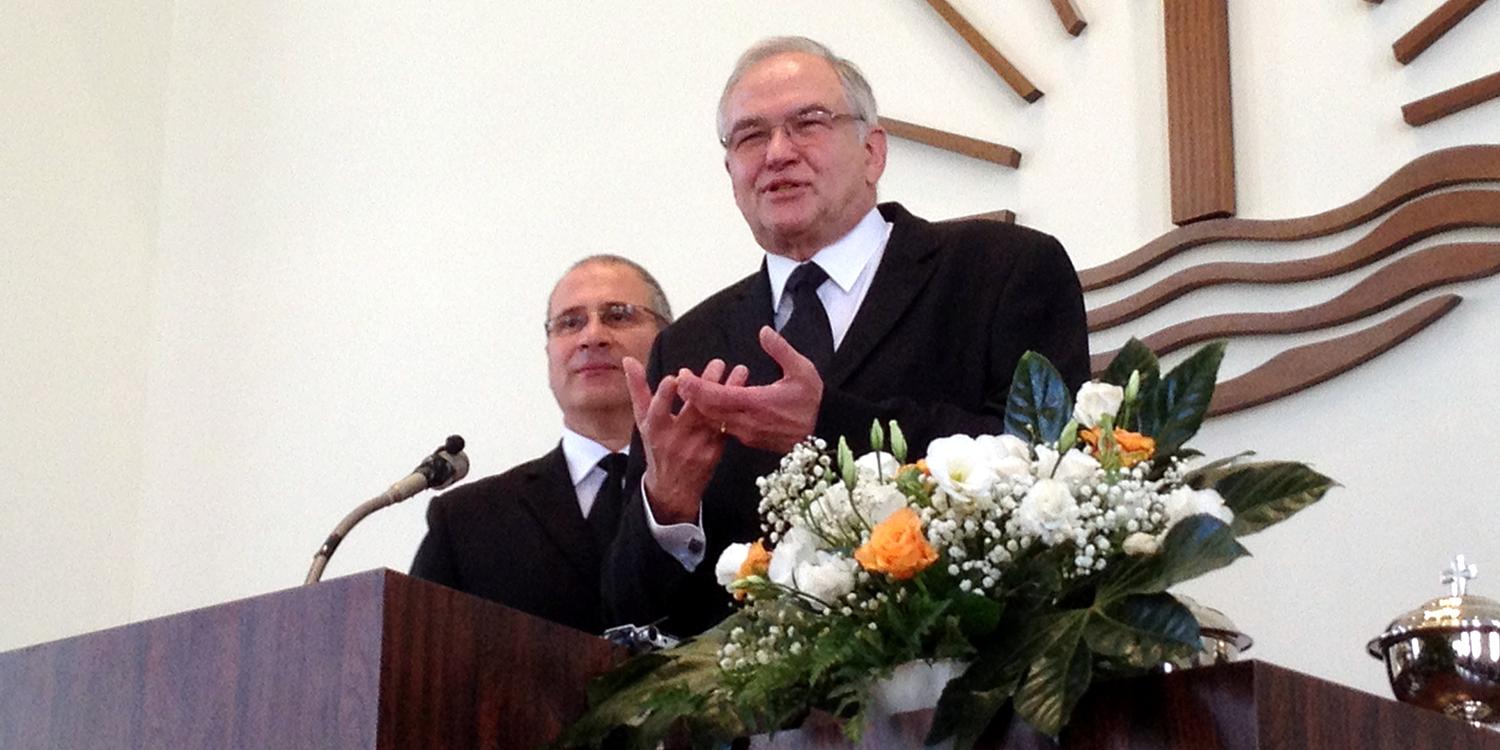 “Let us keep our eyes on the invisible”

Zurich/Nazareth. It was an emotional divine service in Nazareth, the city of Jesus near the Sea of Tiberias: Chief Apostle Wilhelm Leber and all the District Apostles and District Apostle Helpers of the world had come to the jam-packed congregation. At the end of the service the message was clear that God will help us through all the afflictions of our time, and that we can therefore keep our eyes focused on the invisible, the eternal, and the future!

The international Church leader served the joyful congregation with a Bible text from 2 Corinthians 4: 17-18: “For our light affliction, which is but for a moment, is working for us a far more exceeding and eternal weight of glory, while we do not look at the things which are seen, but at the things which are not seen.” Chief Apostle Leber utilised these words of Apostle Paul in order to pose the question: “To what do we compare our afflictions—that is, our cares and needs—and what should our standard be?” He then went on to provide the answer himself by illustrating the tremendous value of our everlasting fellowship with God, our heavenly Father. “Why not compare your needs with the future in glory? Then they will become a good deal lighter,” he proposed. He then went on to appeal to everyone to keep their eyes on the invisible. “After all, Jesus is not merely a carpenter from Galilee, but the Son of God. The congregation is not just any old group, but rather a gathering of believers. The divine service is not just a date in the weekly calendar, but the hearing of the word of God. Prayer is not only a ritual, but rather an intimate connection with God. Holy Communion is not just a ceremony, but rather our partaking in the body and blood of Christ.

Following the Chief Apostle’s address, District Apostle Jean-Luc Schneider emphasised to the small local congregation that their battle for the gospel is worthwhile in any event. “If you stop, the Lord will have one less disciple,” he pointed out.

A visit to the Mount of the Beatitudes

Nazareth has a long history of its own. It was here that the Lord lived, and it was from here that He went out into the world. The Church leaders likewise took a little journey of their own. Their first stop was to the Mount of the Beatitudes, where Jesus held his famous Sermon on the Mount. A choir of 90 members—who had already sung for the service that morning*—gathered for an impromptu hymn at the entrance of the abbey erected on the site. When the strains of the hymn “I praise God’s love in adoration” resounded, many tourists in the vicinity paused for a moment of silence and reverence. Following this, Chief Apostle Leber read aloud the beatitudes from the gospel of Matthew—a moment filled with emotion.

*The choir that sang for the divine service in Nazareth was comprised of some 90 choir members comprised of district leaders and congregational rectors, as well as their respective wives, from various congregations in Southern Germany. They stayed in the country at their own expense for a number of days and, with their singing, brought great joy to the congregation, which is normally rather small.

The travellers then resumed their trip and made their way to Kefar Nahum (Capernaum). In recent years, many excavations have been conducted here, and it seems certain that the synagogue in which Jesus Himself read from the Torah was erected here.

The day before, the Church leaders from around the world visited both the city of Jerusalem and the town of Bethlehem, the birthplace of the Lord. These sites, both the Israeli and the Palestinian, left a lasting impression on the travelling group. And nevertheless, as the choir opened the divine service with the hymn “Are your windows open toward Jerusalem?”—thereby recalling the situation of Daniel, who felt deep longing for his homeland—the Chief Apostle drew a comparison with our time: “And how do things appear here and now? Our view of the past may indeed move our hearts and grant us some positive direction, yet it is not the past, but the future, that is important for our salvation. Christ said that where two or three are gathered in His name, He would be in the midst of them. For this reason, let us make use of the present!”

An eventful week has come to an end. 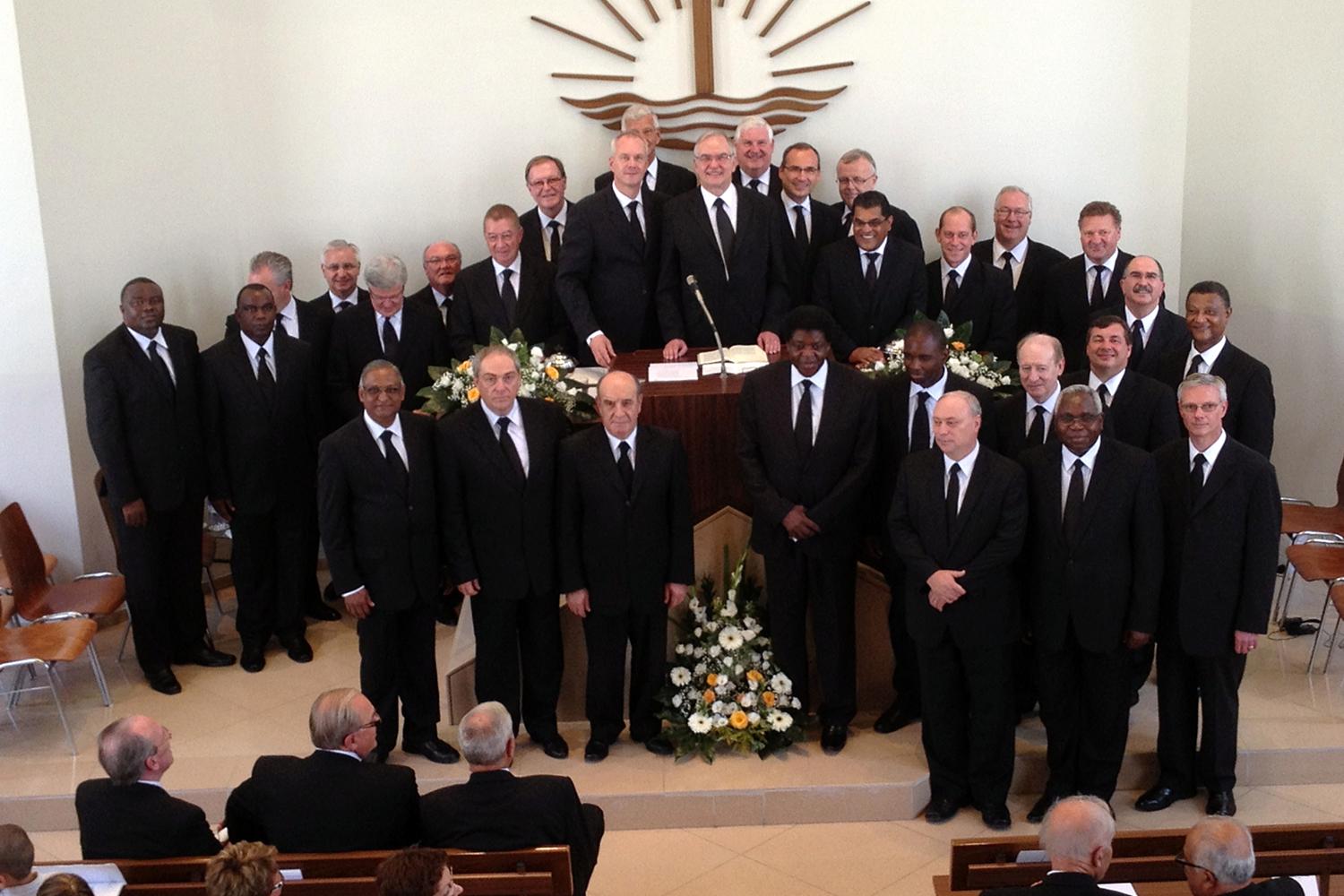 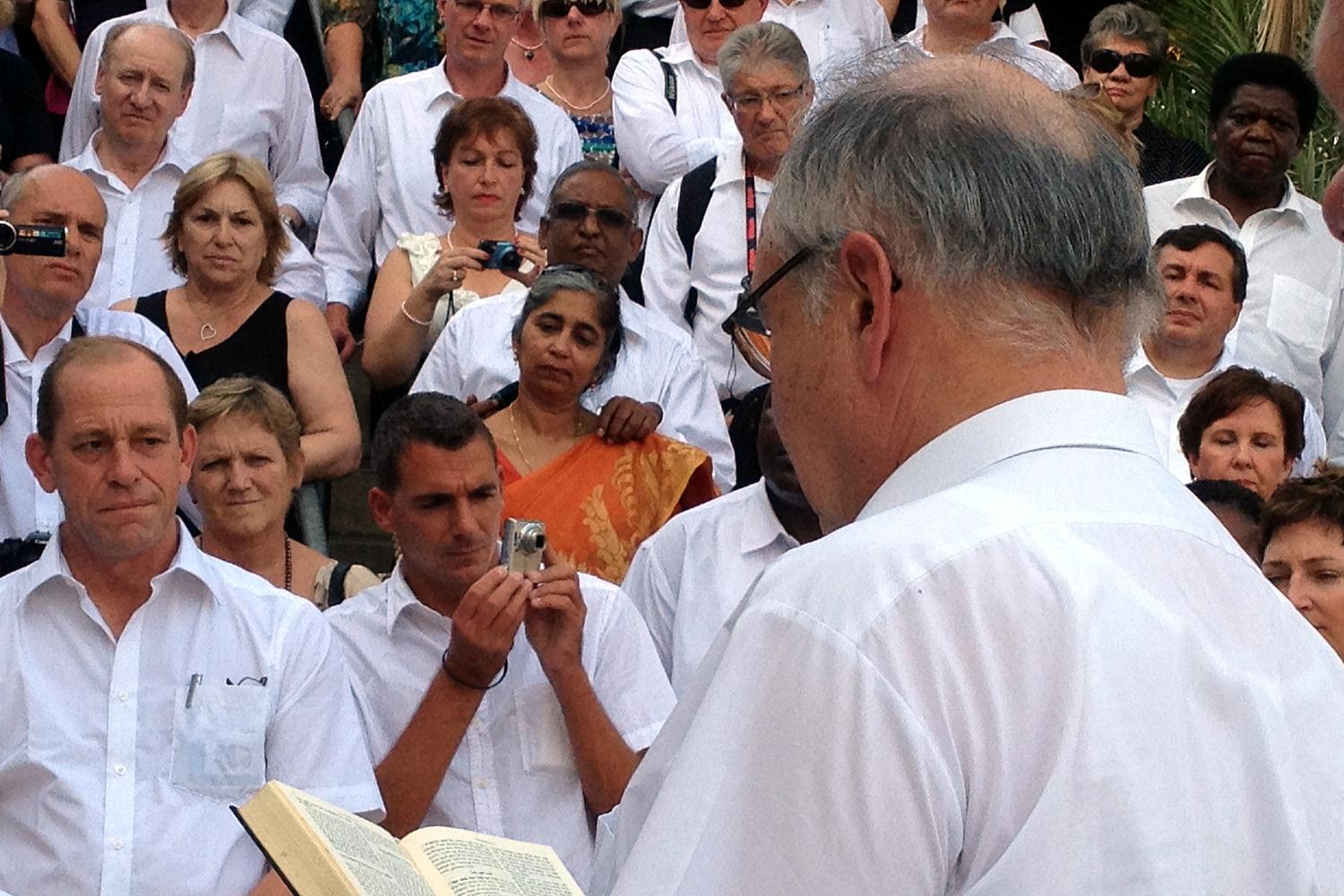 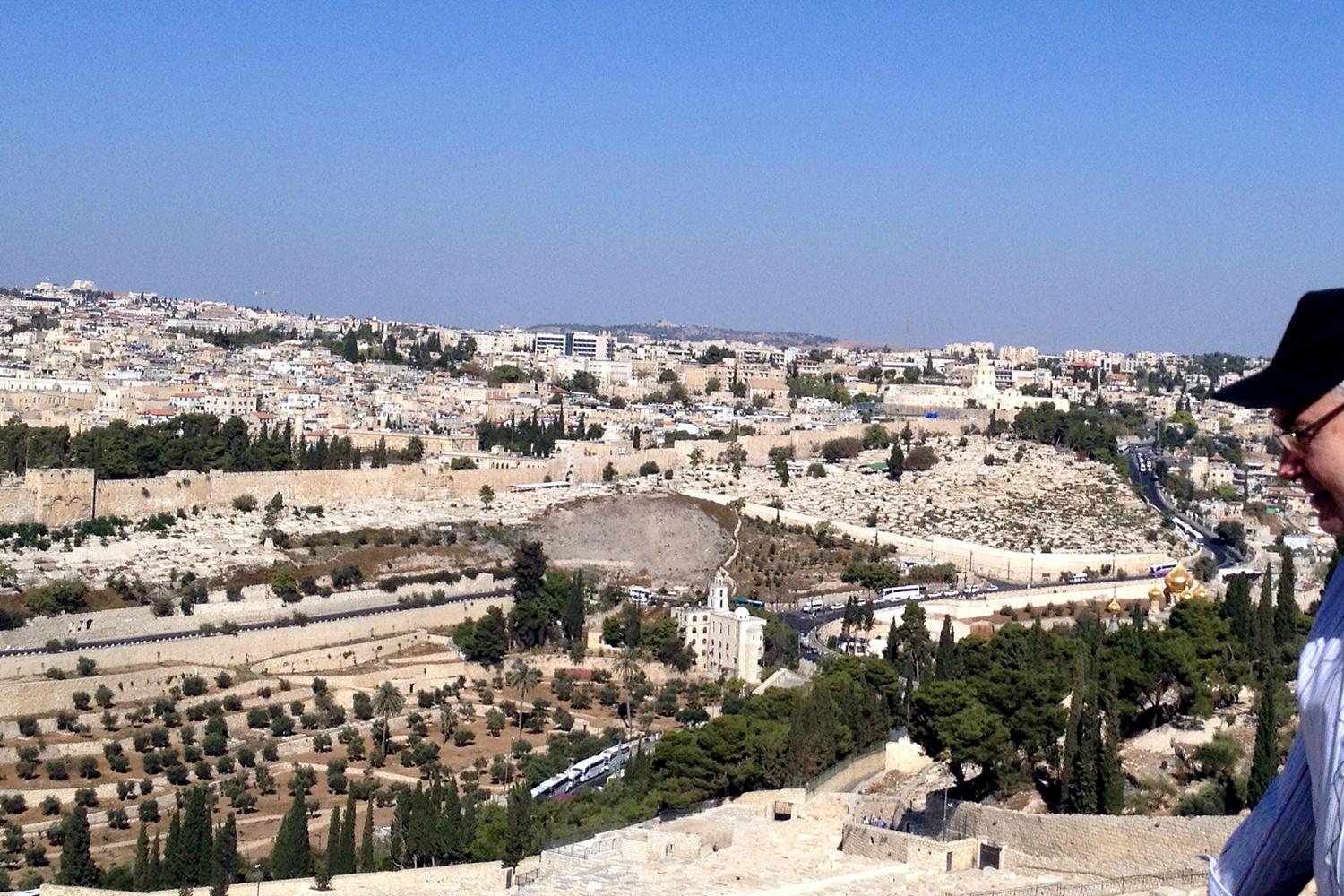