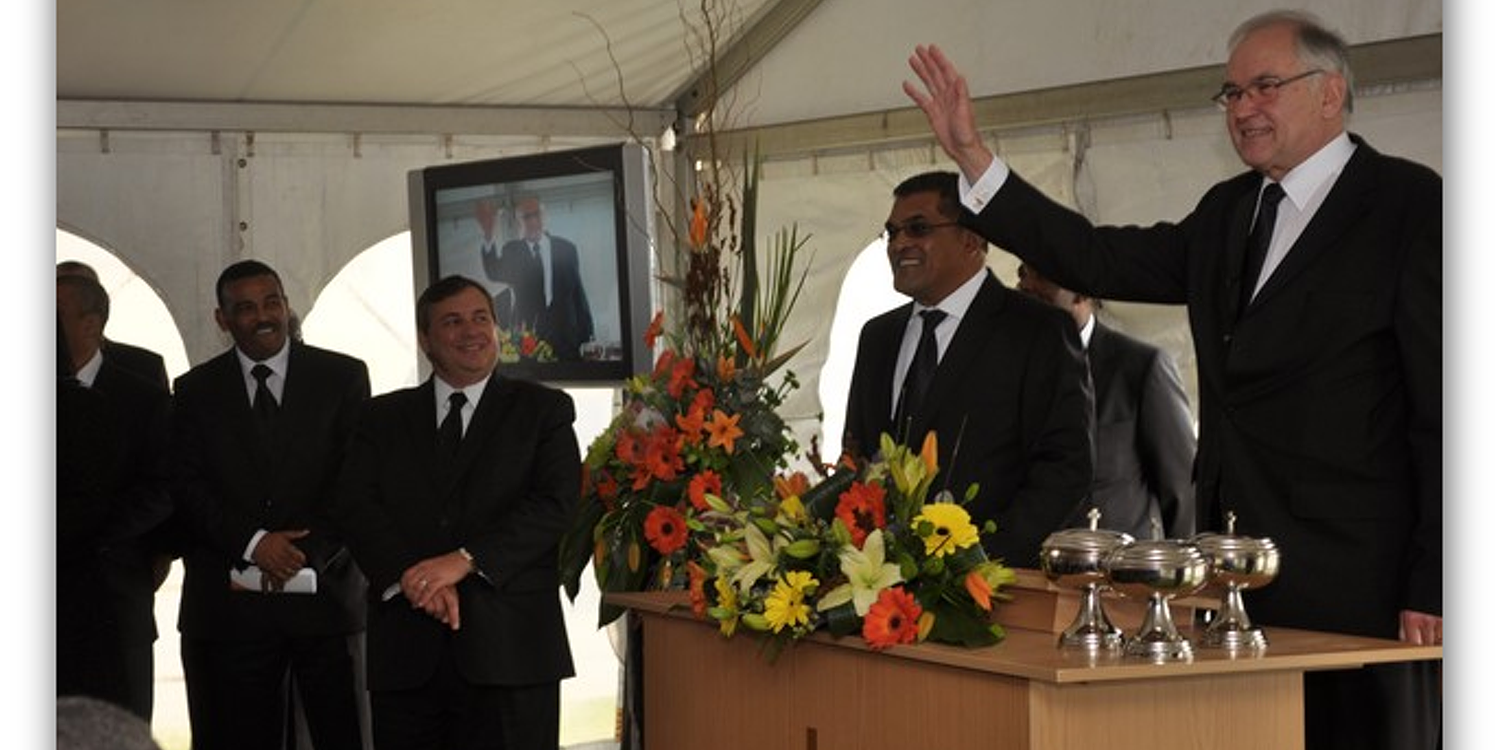 Concern and joy in Africa

Port Elizabeth/Durban. One new Apostle and six new Bishops for the District Church of Cape as well as a new Bishop for the District Church of Namibia: District Apostle Noel Barnes, who is responsible for this region, rejoiced over these new gifts along with the many thousands of connected congregations throughout South Africa. As an exception, Chief Apostle Wilhelm Leber conducted this divine service in Port Elizabeth on a Tuesday.

He had travelled there from Durban. There, in the working area of District Apostle Patrick Mkhwanazi, he conducted a divine service attended by some 26,000 people on Sunday, 5 August. The divine service was translated into Zulu since the majority of the members are of this ethnicity. During this service Apostle Willy de Smedt and his wife Hannie received a blessing on their diamond wedding anniversary, and District Apostle Patrick Mkhwanazi and his wife Rebecca received a blessing on their silver wedding anniversary. “The gratitude of both couples was great. We wish them God’s continued assistance upon all their ways,” writes the Chief Apostle.

From Durban to Port Elizabeth

On Monday the journey continued to Port Elizabeth. On Tuesday—a very normal workday—a divine service took place in one of the Xhosa congregations. However this service was transmitted throughout the entire Cape District, such that more than 50,000 members were able to partake in this divine service in the middle of the week. It was on this occasion that Apostle Peter Thompson (54) received his new ministerial commission. Chief Apostle Leber used a Bible passage from John 17: 24 as an occasion to encourage the brethren to follow the Lord and remain with Him.

Please read our article on the websites of the New Apostolic Church South East Africa and Cape.

Renewed conflict in the Congo

In the meantime, Chief Apostle Helper Jean-Luc Schneider reports that war has once again erupted in the eastern part of the Democratic Republic of Congo. In North Kivu Province, villages have been plundered, and young men—at times even children—have been conscripted. One of our brothers was brutally tortured and killed. More than 200,000 people are said to have fled from the rebel troops. Apostle Kimbere from Goma relates that in recent days some 8,000 families have arrived in Goma, among them several New Apostolic families. Chief Apostle Helper Schneider writes: “Our Church is collaborating with aid organisations that are working to help the refugees, but prayer is even more important than any humanitarian aid. We are grateful for every prayer.” 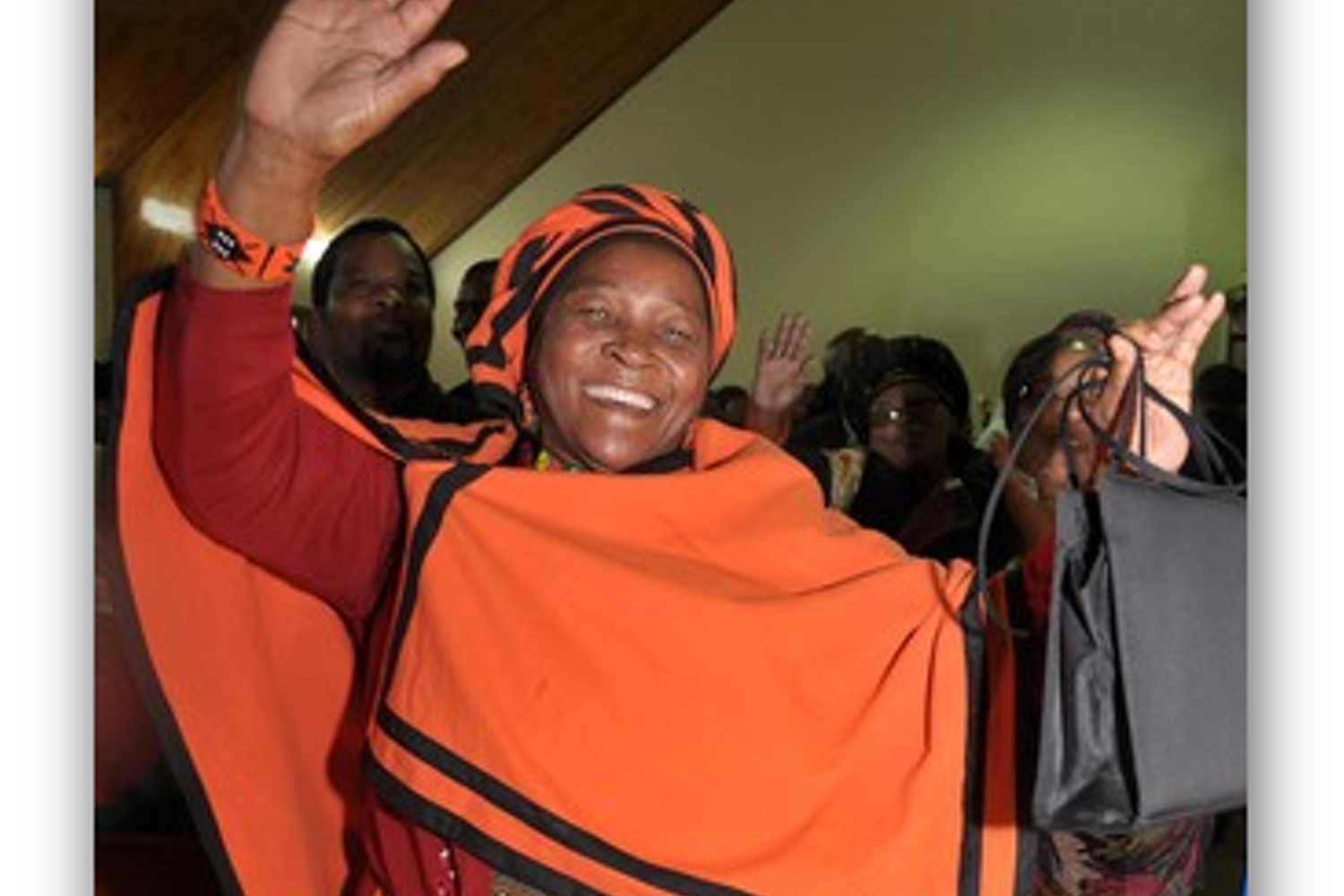