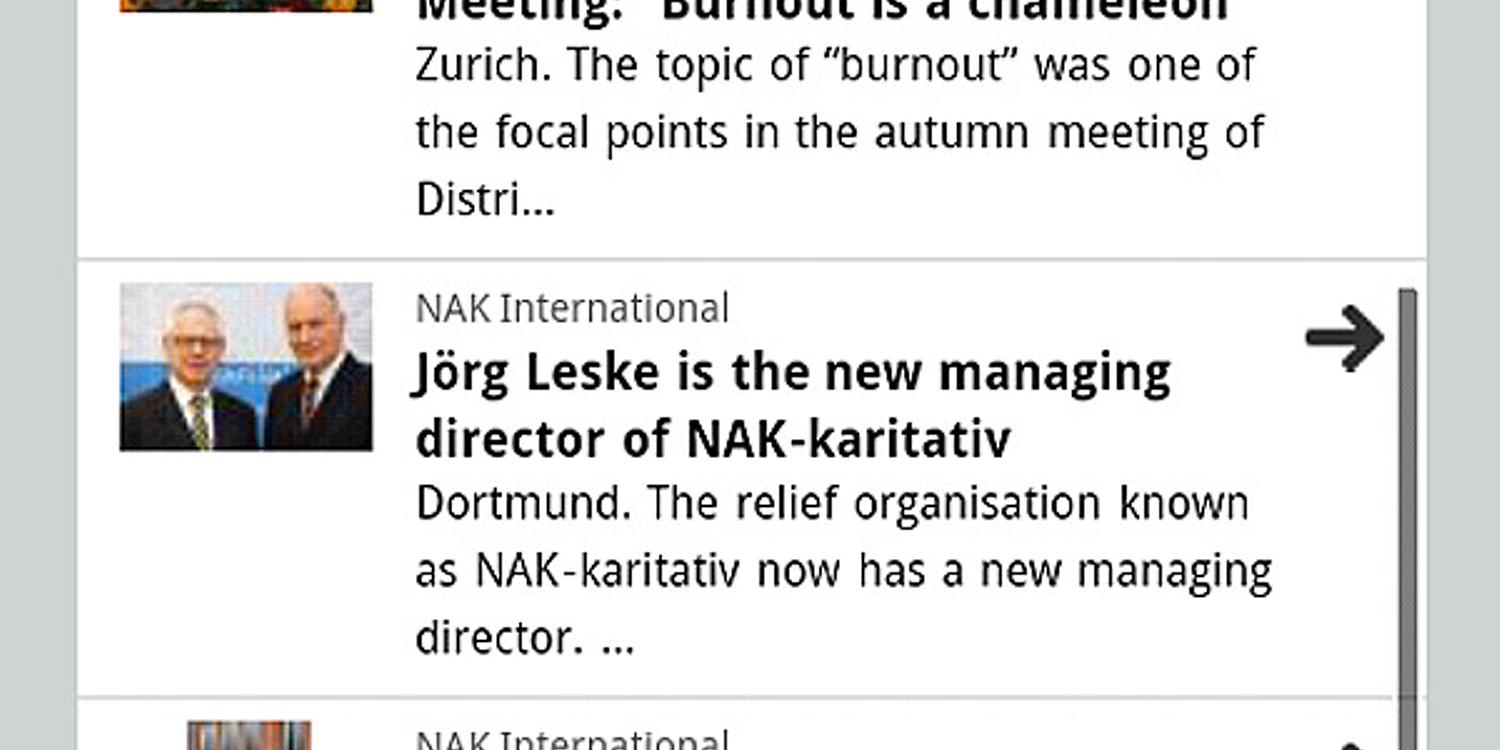 Zurich/Dortmund. A new version of the “NAC News” app that also works on devices using an Android operating system is now available. Beyond that, the iOS-version of the application has been optimised for the iPad. Version 2.0 of the software also offers new functions and integrates other websites of the New Apostolic Church. “NAC News” is available free of charge for Android and iOS devices (iPhone, iPod Touch and iPad) at the Android Market and the App Store.

After this initial release, requests came in from many quarters to also offer the app for use with mobile devices created by other manufacturers. Version 2.0 of “NAC News” is now also available for the Android operating system, which is used by smart phones and tablets produced by firms such as Google, HTC, LG, Motorola, Samsung, and Sony Ericsson. In the next few months, Windows Mobile will be the third platform to be added.

However, the new version of the application offers a great deal more, for example, a new application design and layout which adjusts to the size of the display. The iPad version, with its large photo galleries under the article, is particularly impressive. Previously only six images per article were shown. Another improvement is the way the pictures are presented, for example for the high-resolution displays of iPhone 4 and 4S terminal devices.

The websites of the New Apostolic Church International, as well as those of the District Churches of Austria, Central Germany, North Rhine-Westphalia, Switzerland, and Southern Germany, are currently supported. Beyond that, content from the YouTube channel of the New Apostolic Church has also been integrated. Also incorporated are regional sources from the District Churches of Central Germany, Austria, Switzerland, and Southern Germany. Other websites will also eventually be added and complemented without the need for software updates.

Good placement in the App Store

As of right now, “NAC News” is available for download free of charge in Google’s Android Market and in Apple’s App Store. The new app was developed by commission of the Work Group known as “Public Relations Work of the New Apostolic Church”, which is active across Europe.

In the App Store, the New Apostolic Church’s new application occupies a prominent place among the apps of other churches and religious denominations, and is easy to find using the key search term “church”, among others.

Free download at the Android Market and App Store

With more than 500,000 applications (in spring 2010 it was still only 150,000), Apple’s App Store is currently the second-largest provider of smart phone software. By autumn 2011, more than 15 billion apps had been downloaded from this site. The proportion of iOS on the smart phone market now lies at over 25 percent. At the end of 2009, the proportion of “iPhone” operating systems was only around 15 percent.

In the meantime however, nearly half of all new mobile devices now run Android. In the last twelve months, Google’s operating system has grown in market share – at the expense of Symbian, Blackberry OS, and Windows Mobile. It was because of this that the decision was made to choose Android as a further platform for applications. The boom in Android devices has been of great profit to the Android Market, where more than 530,000 applications (as of October 2011) have since become available for download. In March 2010, the number of apps was somewhere around 30,000 apps.

Apps have a large bandwidth

The apps distinguish themselves in that they can be specially adapted to specific types of smart phones and can be very easily obtained and installed over an online portal. The bandwidth of the various software programs is quite high: it ranges from the simplest tools and fun applications with only one function to program packages with extensive functionality. 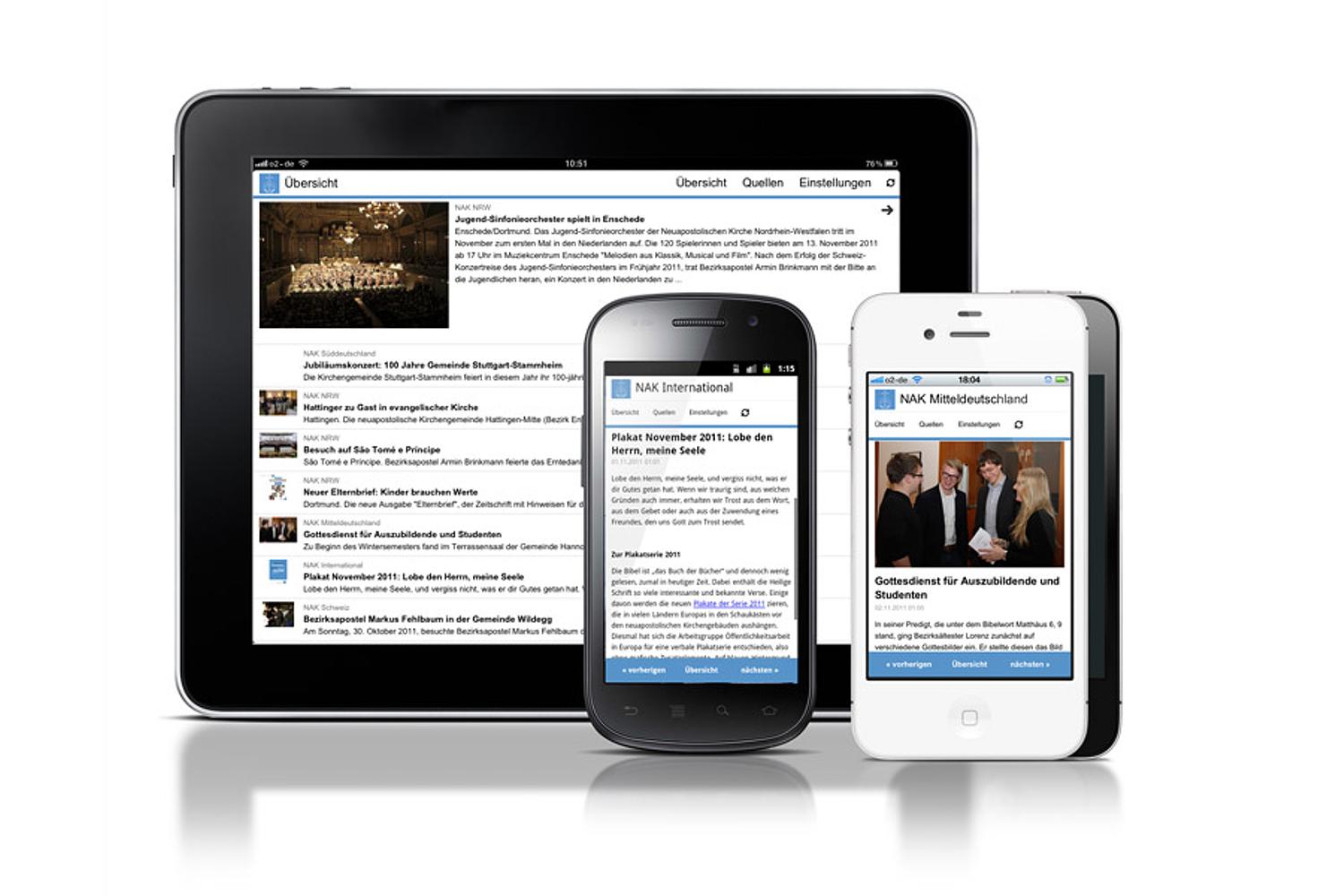