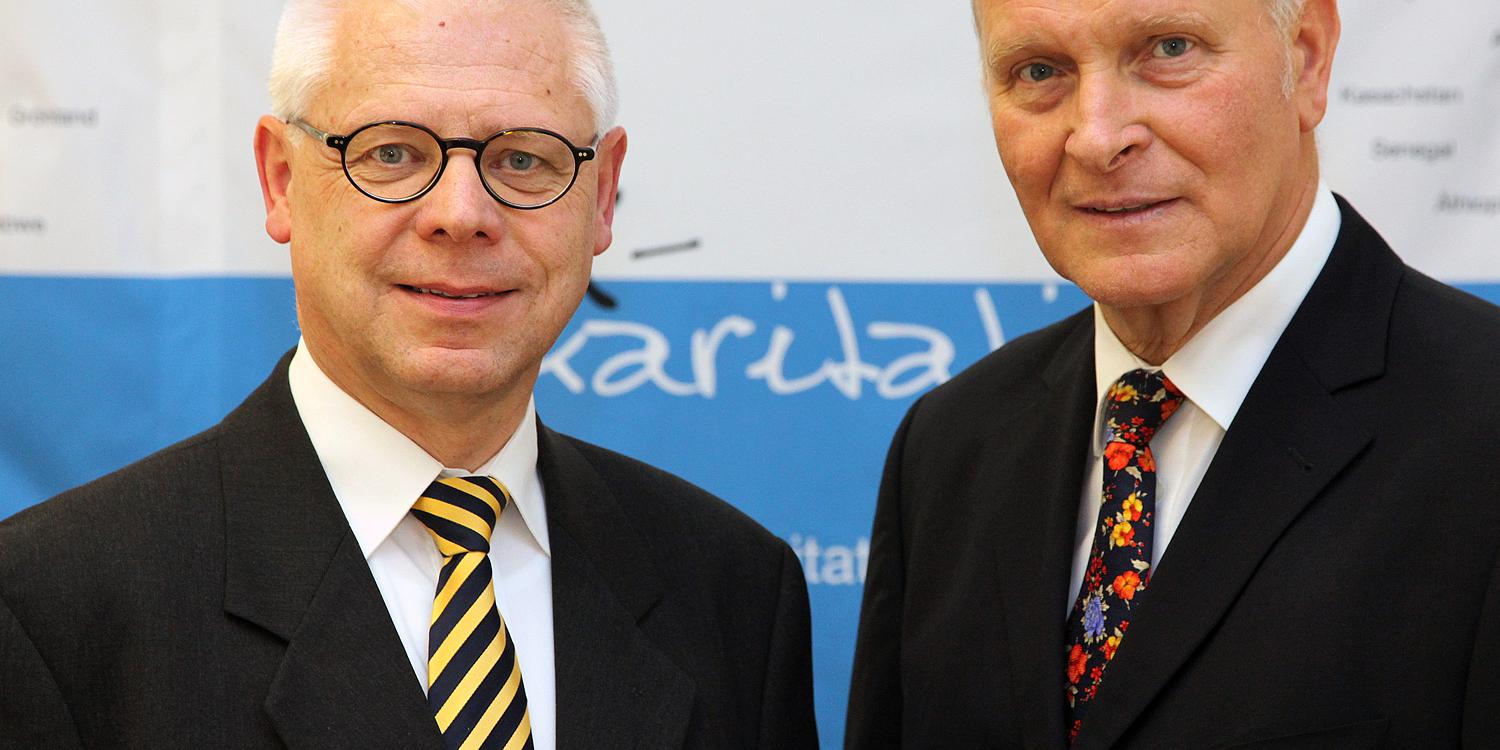 Jörg Leske is the new managing director of NAK-karitativ

Dortmund. The relief organisation known as NAK-karitativ now has a new managing director. Bernd Klippert, who has served the organisation for many years, will retire from his duties on 30 September 2011. Nevertheless he remains a member of the board of directors. The name of his successor is Jörg Leske (58), who has been a member of the board since its founding and has served as chairman since 2007.

Since the founding of NAK-karitativ in 2011, Bernd Klippert (65) has been managing the business of this relief agency of the New Apostolic Churches in Germany. Over this time he has undertaken more than 50 trips abroad, monitored projects on the ground, given direction for the establishment of other Church aid agencies, and supported them through their first years of operation. These primarily include the Henwood Foundation in Zambia, Zimbabwe, and Malawi, KUMEA in Kenya, VENAT in Senegal, REGARD in Niger, and the NAC-Relief Foundation in the Philippines.

Relationships with other organisations

Relationships with organisations outside the Church—such as HELP or German Agro-action—have also been expanded. A great number of projects have been executed in collaboration with these partners. Beyond that, they have also collaborated effectively in responding to various natural disasters, including the 2004 tsunami, earthquakes in Pakistan, Malawi, and Haiti, flooding in Pakistan, and the current famine in East Africa.

In the District Apostle Meeting which came to an end yesterday, Chief Apostle Wilhelm Leber honoured the long-serving managing director. In his remarks the Chief Apostle described Klippert as a man who had always been very approachable and who had always competently represented the requirements of those in need of help.

Jörg Leske (58) has served as an assistant to District Apostle Wilfried Klingler since 1994. From his many years of serving as chairman of NAK-karitativ and his involvement in the various international bodies of the Church, he is quite familiar with the tasks of the relief agency.

At the end of 2010, NAK-karitativ was involved in 78 projects, most of them in regions south of the Sahara. Particular areas of emphasis include the field of agricultural economics and irrigation, as well as a number of medical projects. To help with these projects and its disaster relief efforts, the aid agency received a total of 2.5 million Euros in 2010. This year’s appeal for donations for famine relief in East Africa alone brought in total donations amounting to nearly a million Euros.