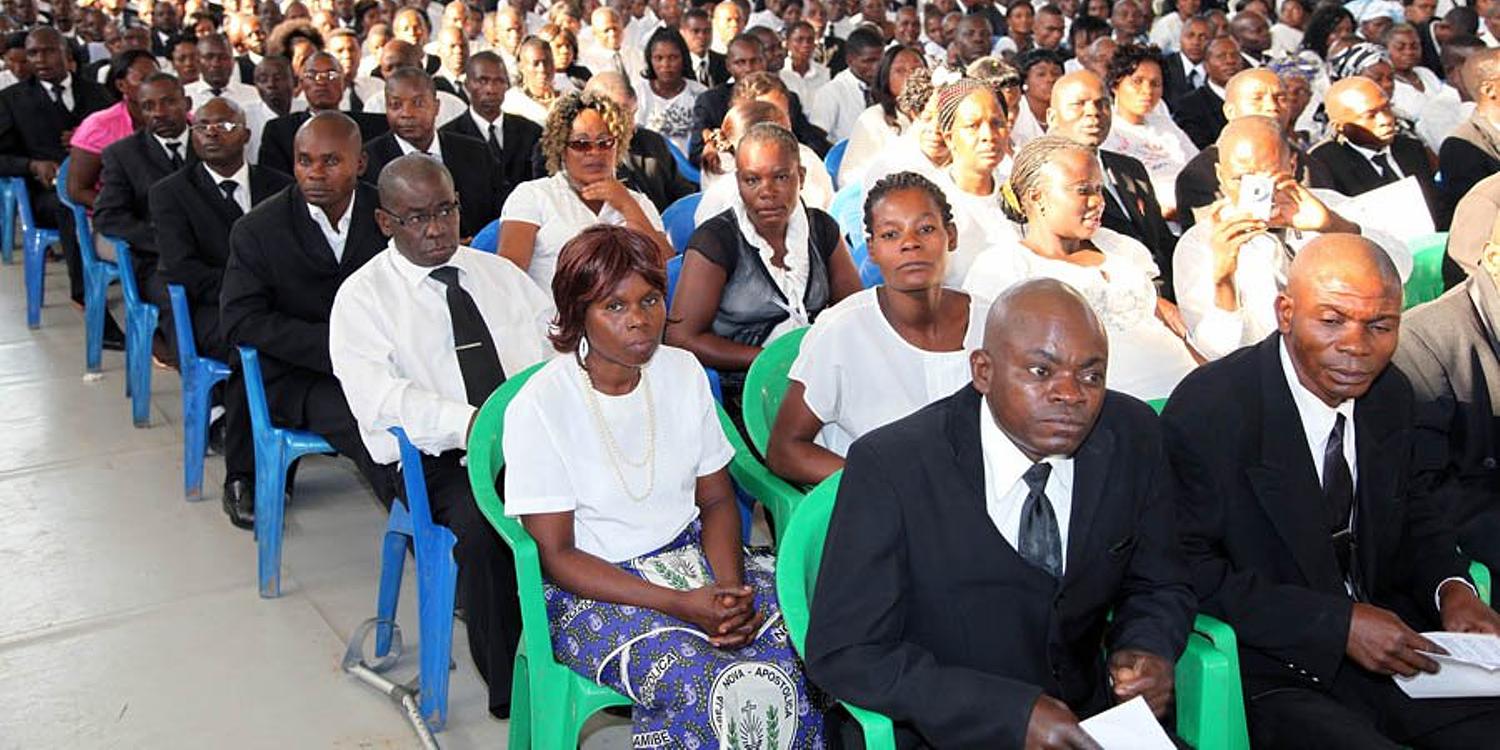 Angolan weekend with ordination and retirement

Zurich/Luanda. For the international Church leader, Chief Apostle Wilhelm Leber, last weekend unfolded under an African sky. This was the fifth time a Chief Apostle has visited the country of Angola. Over two divine services, he retired one Apostle and three Bishops, and ordained two new Apostles and four new Bishops.

In a divine service for ministers and wives on Friday afternoon, 24 June 2011, Augusto Romeu Cassanga (51) and Mário Martins Tchinvula (47) were ordained to the Apostle ministry. In addition, Katusevanako Matos de Almeida (48) was ordained a Bishop. On this same occasion, the Church leader festively retired Apostle Victor Makiadi and Bishop Viekasi Kiasisua. Some 5,000 New Apostolic Christians gathered in Luanda’s Cidadela, where Chief Apostle Leber served them with a Bible text from Ephesians 5: 8: “For you were once darkness, but now you are light in the Lord. Walk as children of light.” Bishop Samuel Bele was also retired during this service, but was unfortunately unable to attend due to poor health.

Reception at the governor’s palace

On Saturday morning, the Chief Apostle and his companions travelled eastward to Luena (Province of Moxico), where there have been New Apostolic congregations since 1985. There the divine service took place in a large cinema, and was attended by around 4,000 members and guests. The Chief Apostle served this group with a Bible passage from Psalm 14: 2, and called upon God’s children to seek God and inquire into His will in all situations of life.

That evening the visitors travelled to Saurimo (Province of Lunda-Norte). There the Chief Apostle and his companions visited the local New Apostolic Church, where some 700 members of the congregation had gathered. After a short prayer, the delegation travelled onward to the governor’s palace, where they were welcomed by the regional governor. After a brief conversation, the Church representatives presented the governor with a donation in the amount of 10,000 Euros in support of social projects in Luanda Sul. 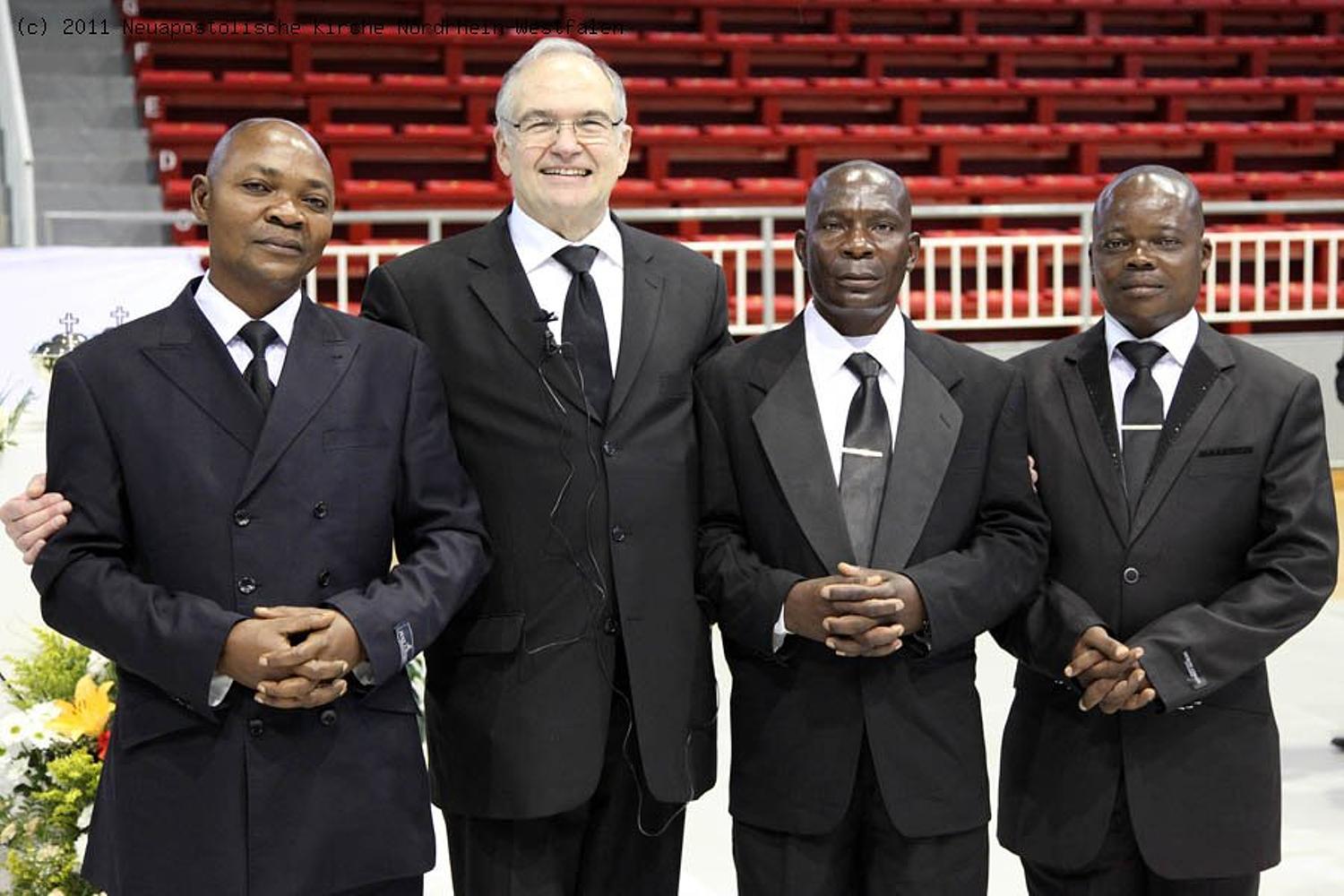