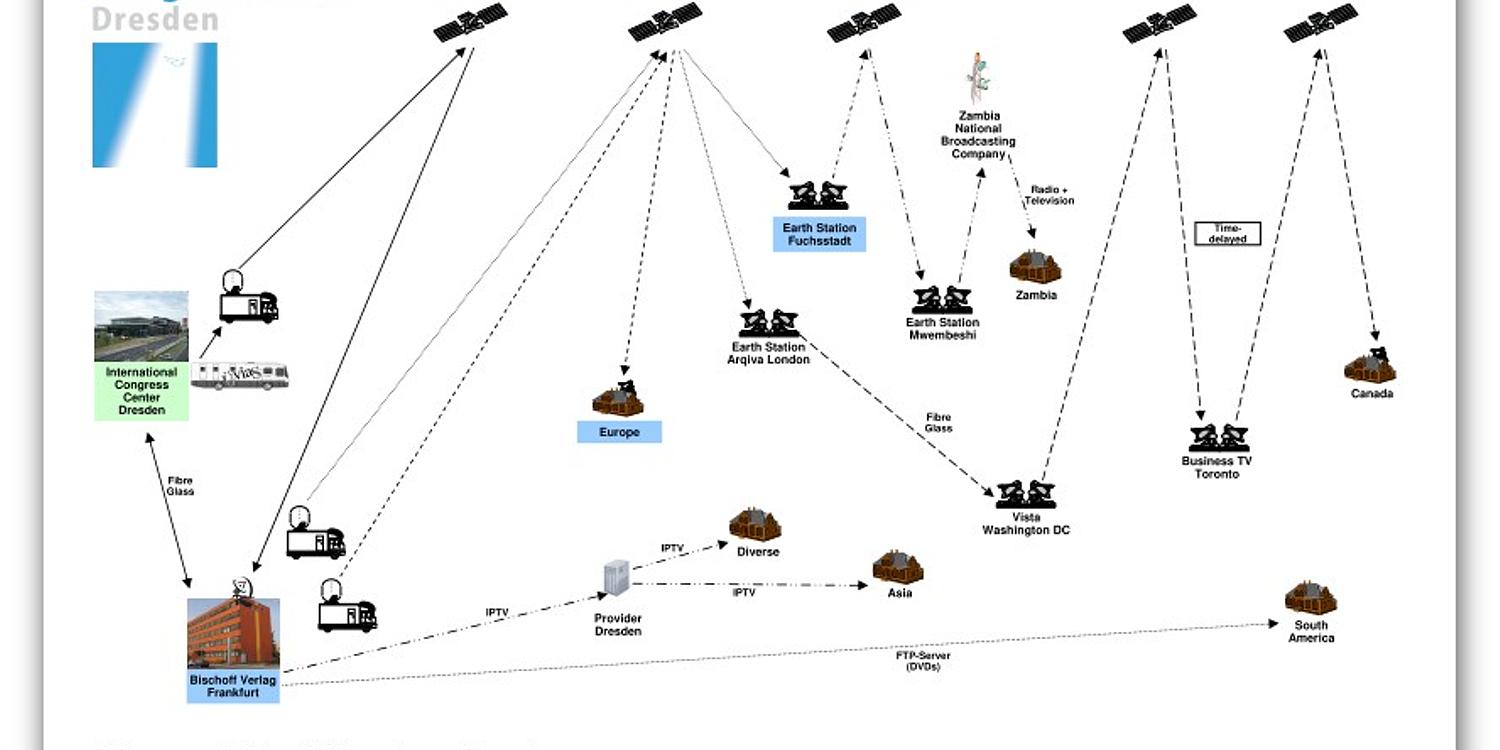 Pentecost 2011: Congregations outside of Europe were also connected

Zurich/Dresden. The Pentecost service from Dresden conducted by Chief Apostle Leber was not only witnessed throughout Europe. Congregations outside of Europe also shared in the Pentecost event by satellite or internet transmission. However the technical equipment did not work perfectly everywhere: in Zambia, the signal did arrive, but only in German. The English translation remained mute. Although the congregations there were thus able to see the service, they could not understand it.

The New Apostolic Church International intends to isolate the source of the problem, as the transmission provider, the Church’s own Friedrich Bischoff publishing house, did send out all the necessary transmission signals. Even the test transmissions prior to the service worked without any problems. “A mistake can certainly happen here and there with such big satellite transmissions,” summed up Erich Senn, the director of the NACI administration office in Zurich. Nevertheless, he said that he, together with the publishers and their partners in Zambia will be taking a closer look to see where the error might have occurred. He is also interested in taking steps to ensure that such mistakes are avoided in the future.

Also in South East Asia the transmission was not received without problems. Some 945 branothers and sisters were connected, as District Apostle Urs Hebeisen writes to the chief apostle.

Congregations in Canada and Pakistan

In other places, for example in Canada, the divine service from Dresden was received without any problems at all—English translation included. District Apostle Mark Woll writes as follows to the Chief Apostle: “It was the first time that we have ever been able to transmit a Pentecost divine service to India and Pakistan. Ten congregations were connected by satellite.” The transmission also went well in the Canadian congregations, said the District Apostle, adding that the simultaneous translation into English was “just as good as if the translator had been standing at the altar.”

Background: Nearly every year the New Apostolic Church celebrates Pentecost with a central divine service conducted by the Chief Apostle. This year he and all the European Apostles gathered in Dresden. The divine service, which took place at 10:00 AM on Pentecost Sunday in Dresden’s Congress Centre, was transmitted to over 70 countries either by satellite, internet, or fibre optics.