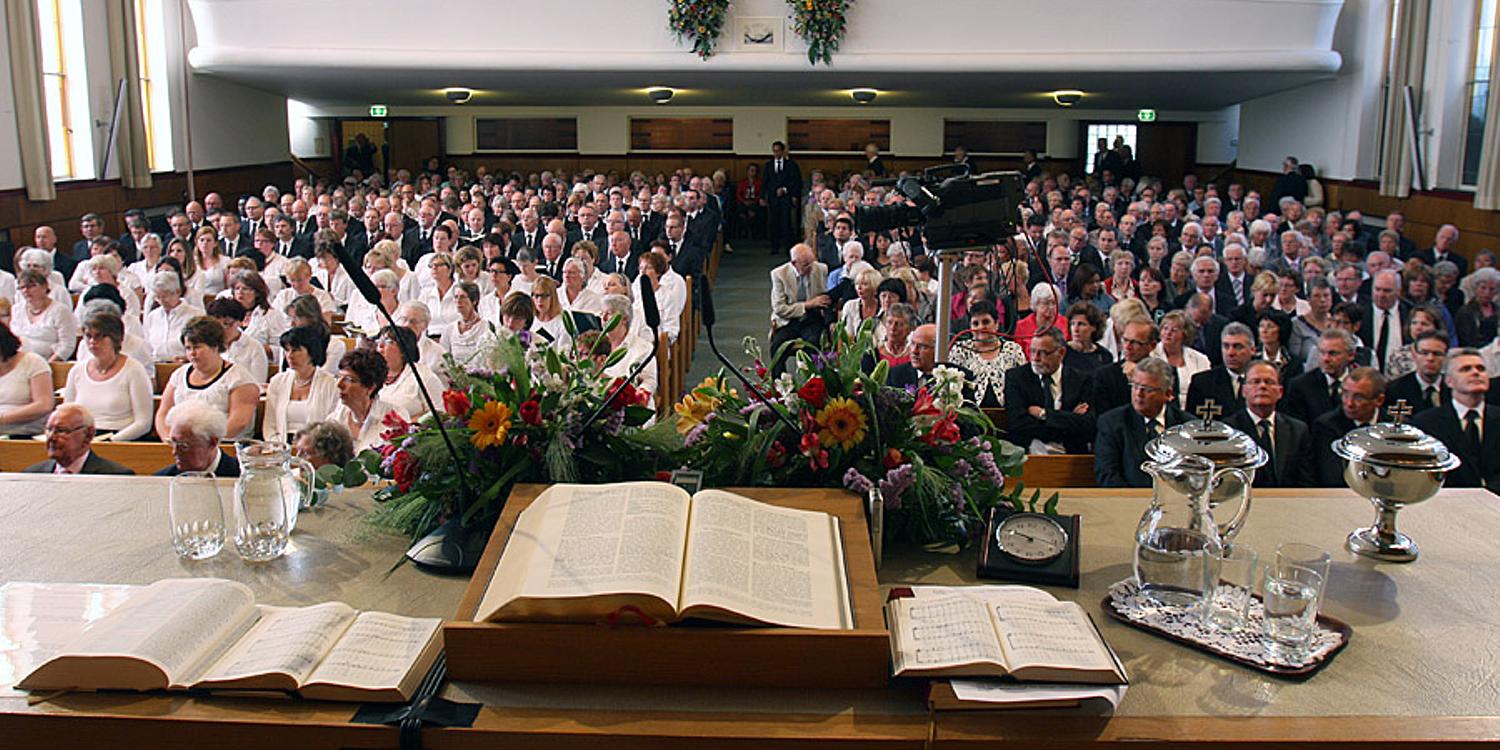 Zurich/Dortmund. “An intensive week lies ahead of me in Holland.” So writes Armin Brinkmann from Dortmund, who is the new District Apostle for the Netherlands. On Wednesday evening he is scheduled to conduct a divine service in Alkmaar, the home congregation of Theodoor de Bruijn, who was given a well-deserved retirement last Sunday after having served for forty years in ministry. On Thursday evening the new District Apostle will be in Sittard, and on Saturday afternoon he has invited all rectors and their wives to a special divine service. He goes on to write: “On Sunday there is a divine service scheduled in Tilburg, and then the journey takes me back to North Rhine-Westphalia.”

The church in Hilversum was packed to capacity last Sunday, 15 May 2011. Chief Apostle Wilhelm Leber was there to give the previous District Apostle Theodoor de Bruijn a festive retirement. “For over twelve years he has occupied this ministry, and in the process has surely not only experienced good days,” noted the Chief Apostle, “However, the District Apostle did not give up his trust either! Indeed, that is our trademark, our distinguishing feature, namely that we put our trust in the Lord in all things.”

Rules for the good fight

In his sermon, the international Church leader listed some “rules”. On the basis of the Bible text he chose from 2 Timothy 2: 5—“And also if anyone competes in athletics, he is not crowned unless he competes according to the rules”—he talked about the rules of the good fight. “The first rule,” he said, “is to put Christ in the centre! If we do not do this, and instead put Christ off to the side, then we will not be able to experience the Lord in our lives.” For the second important rule, the Chief Apostle called to mind the words of Apostle Paul: “Let all that you do be done with love” (1 Corinthians 16: 14). And as the third rule, he gave the congregation a phrase that is easy to remember, namely: “Let us seek grace in order to receive grace.”

“These three rules,” said Chief Apostle Leber, “also characterise the activity of District Apostle de Bruijn over the twelve years during which he served as District Apostle. In his divine services he repeatedly emphasised how important it is to make Christ the centre. In the process, his love for the many members has always been quite tangible. And he has also always sought grace, he has always been humble, and he has always given God the glory. In him we have a good example of what it means to fight according to the rules!”

Now that he is retired, District Apostle Theodoor de Bruijn will make his home in the congregation of Alkmaar. The father of three children has been married since 1968, and received his first church ministry in 1970. While still a Bishop, he was ordained a District Apostle by Chief Apostle Richard Fehr in 1998. 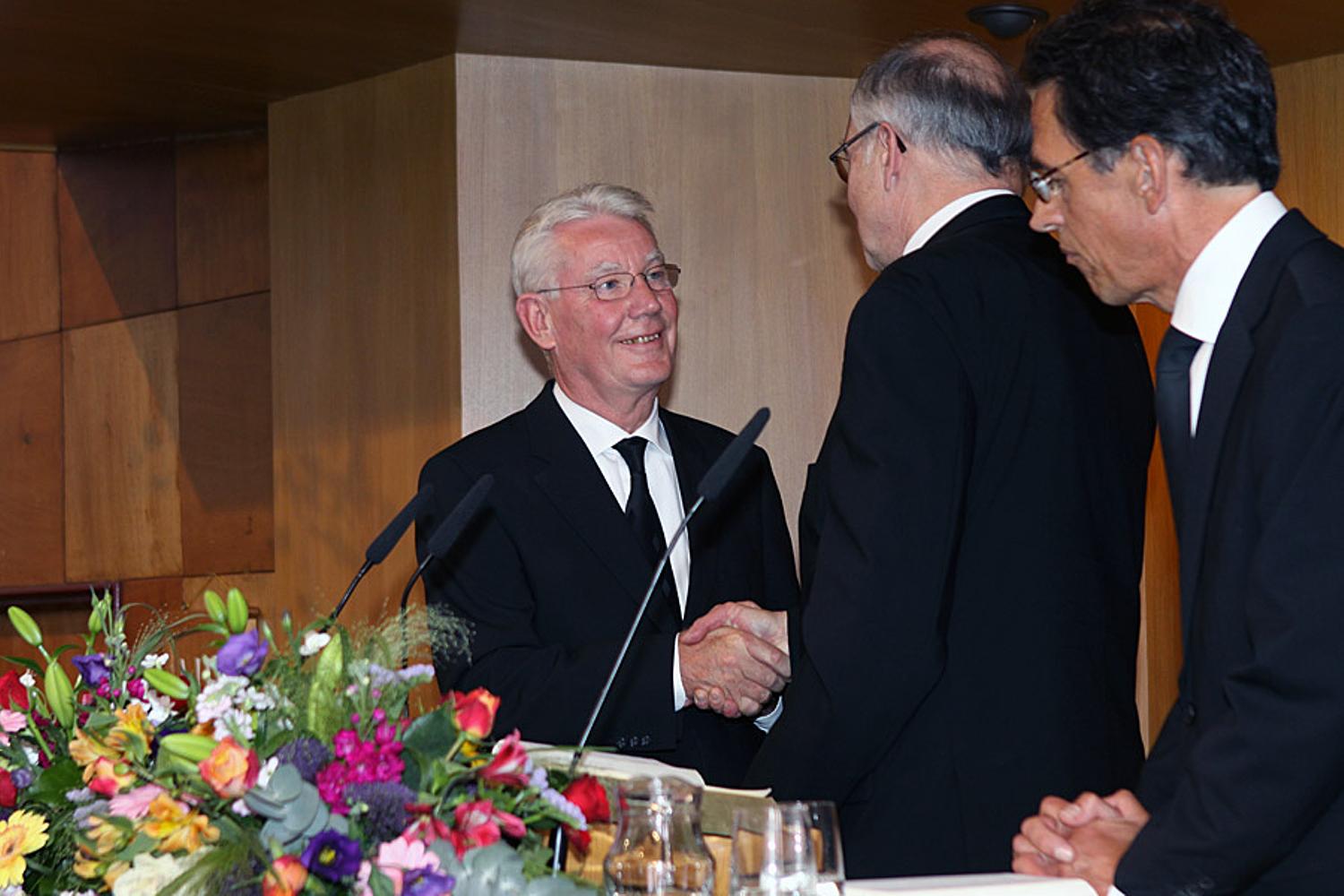 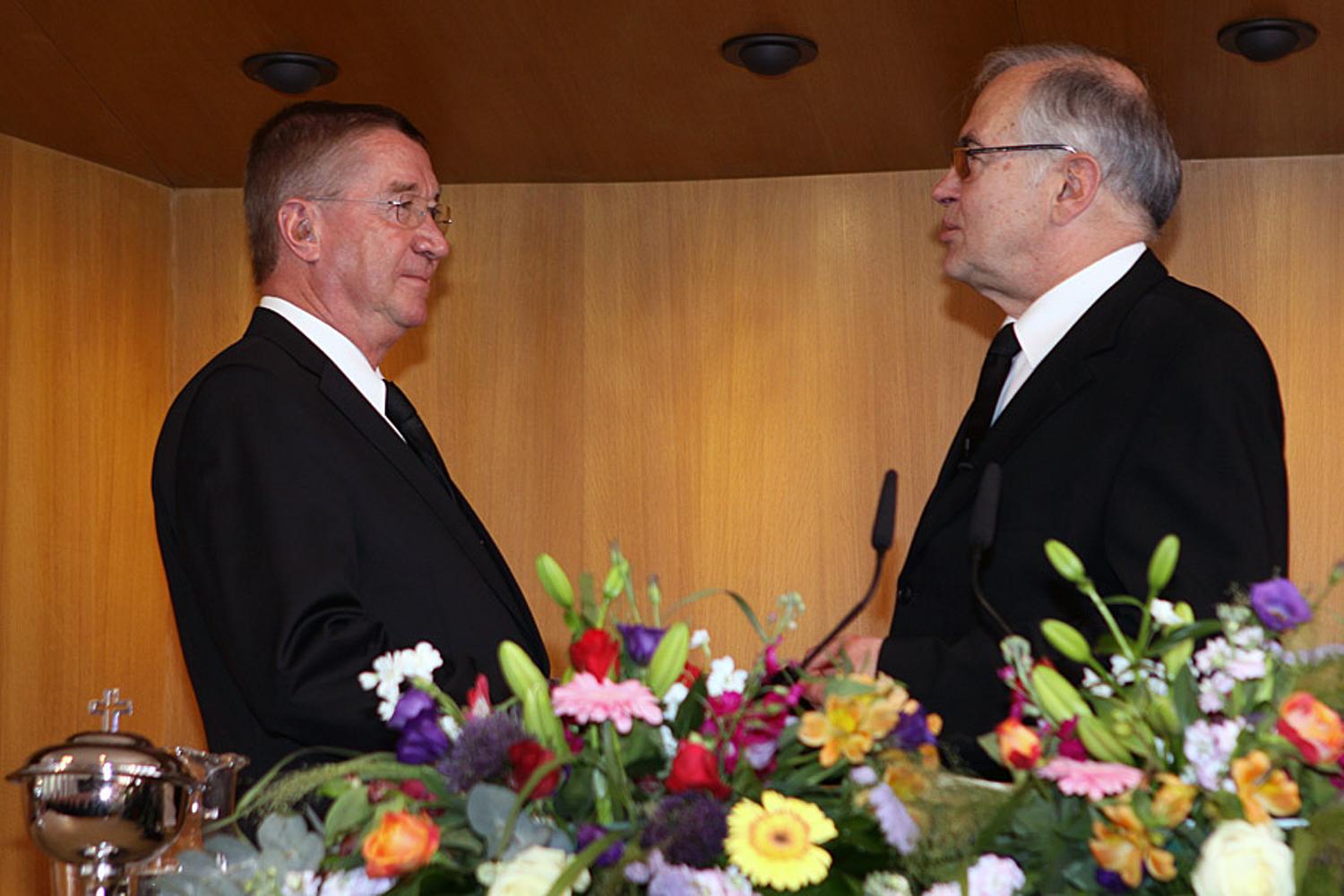