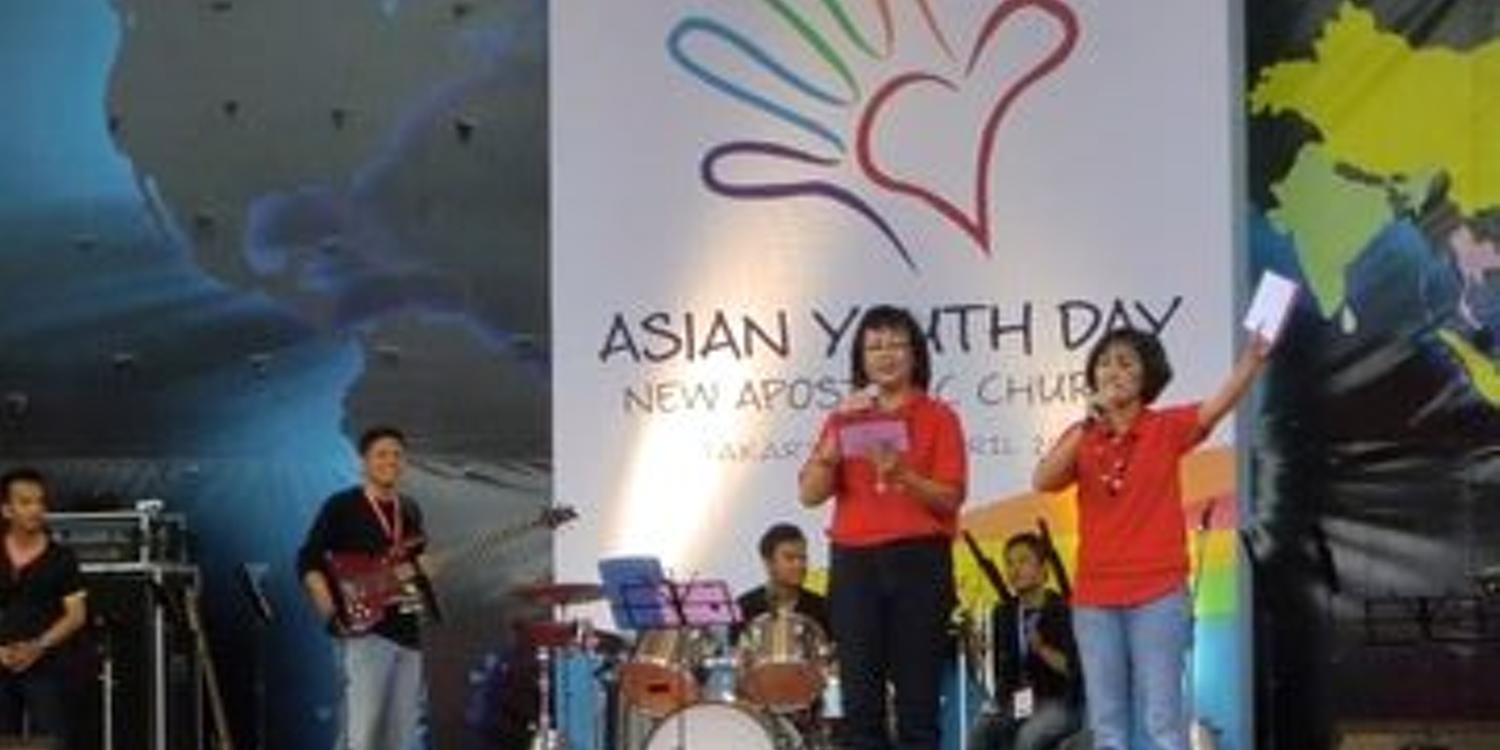 “We are one”: Youth Day in South East Asia

Jakarta. Approximately 2,000 young people from Indonesia and nine other countries of the South East Asian region gathered together in Jakarta on Friday and Saturday of last week in order to celebrate the first New Apostolic Day of the youth in their District Church. Chief Apostle Wilhelm Leber had also travelled there in order to unite with his young brothers and sisters in joy and strength of faith. The motto of the Youth Day: “We are one”.

“We are one” – “Among other things, this motto was intended to express that it is possible to have a joyful fellowship despite the many cultural differences,” acknowledged District Apostle Urs Hebeisen, who was responsible for the event. “Chief Apostle Leber, District Apostles Andersen (Australia), Koberstein (Germany), and Schneider (France) were given an enthusiastic reception by the young people,” he went on to report. Various delegations from countries comprising the New Apostolic Church South East Asia (NAC SEA), as well as young people from the various church districts of Indonesia, came marching in clothed in traditional attire and waving flags, as they introduced themselves by way of a brief presentation.

The proper way to see and hear

For the closing divine service, the Chief Apostle chose a Bible text from Matthew 13: 16: “But blessed are your eyes for they see, and your ears for they hear.” The Church leader preached about the proper way to hear and see, which is of particular importance for young people in today’s living environment.

Already on the Friday, Chief Apostle Wilhelm Leber extended an invitation for divine service in the congregation of Depok near Jakarta. There he ordained Triyanto Triyanto (57) and Dwi Sulistyo Utomo (48) as Bishops for the congregations of Central and East Java, Bali, Borneo, and Celebes. In addition he dispensed a golden wedding anniversary blessing on two couples. 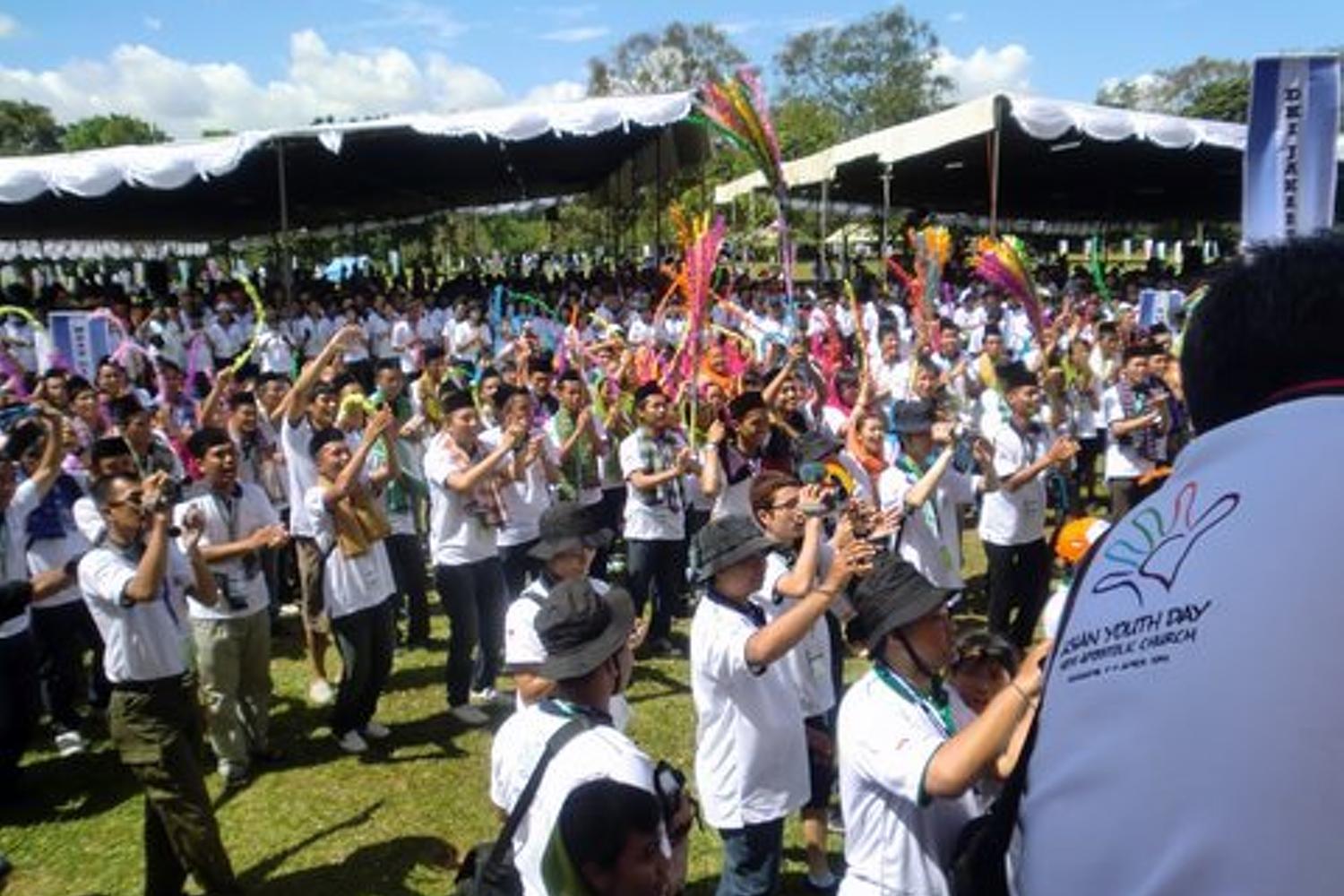