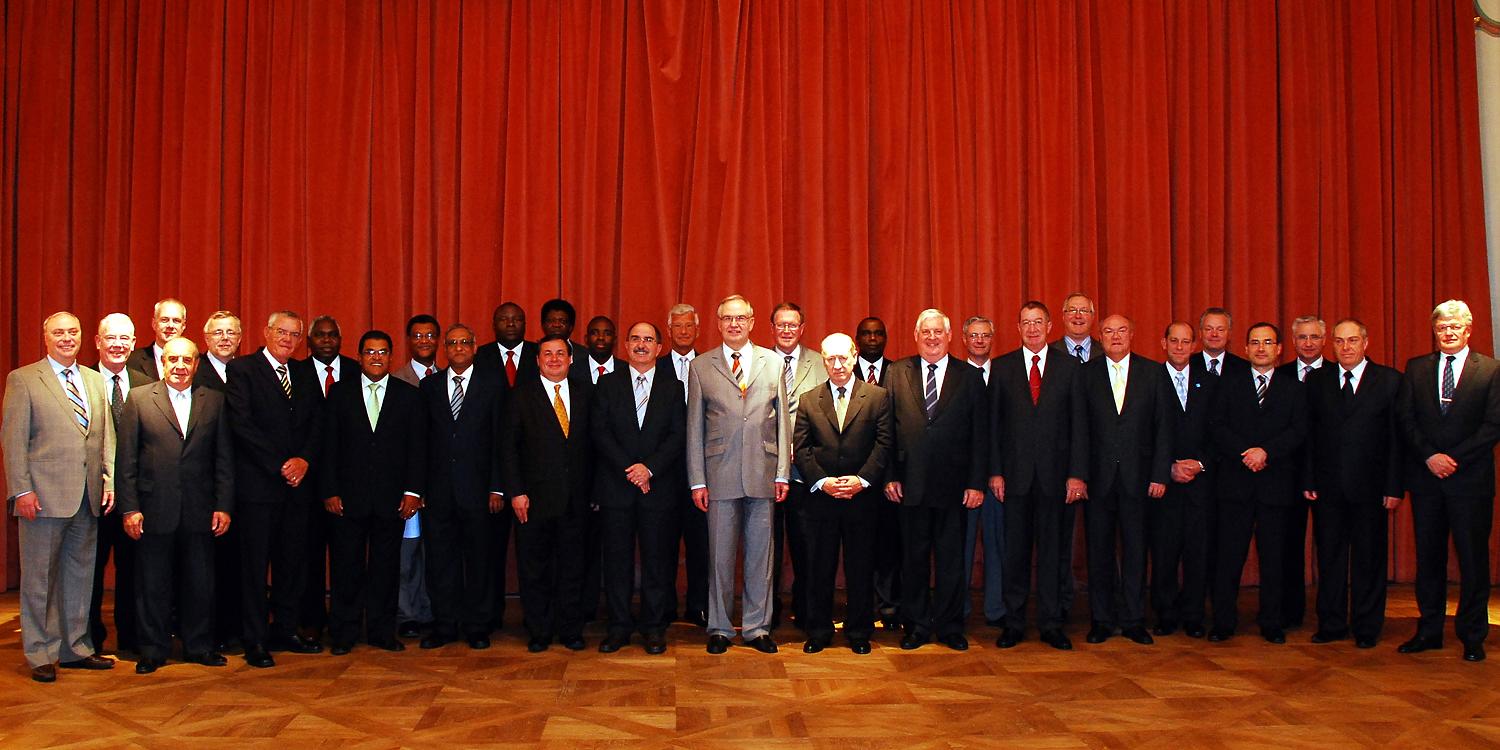 Buenos Aires. The first International District Apostle Meeting of this year has come to an end. Two important topics were on the agenda: the Church leaders decided on a new design for the Church’s teaching manuals for children and debated new strategies for both the interior mission and evangelisation efforts in various countries of the world. Chief Apostle Wilhelm Leber bid farewell to the District Apostles with a divine service in the central congregation of the Argentine capital of Buenos Aires.

“For your obedience has become known to all. Therefore I am glad on your behalf; but I want you to be wise in what is good, and simple concerning evil” (Romans 16: 19). This message from Apostle Paul in his Epistle to the Romans was the focal point of the divine service. “It is not always easy to pursue goodness—it never has been,” noted the international Church leader. “Often,” he said, “people tend to mix the two facets—good and evil—together and thereby come up with a strange combination of both.” The Chief Apostle mentioned a number of examples from Holy Scripture. “Obedience to God is what is needed when it comes to dedicating ourselves to the pursuit of goodness,” he pointed out.

Chief Apostle Leber called upon District Apostles Theodoor de Bruijn (Netherlands), Michael Deppner (Congo West), and District Apostle Helper Devaraj (India) to serve along during the further course of the service. Before the divine service came to its end however, the Chief Apostle ordained a new Apostle in Edwin Herman Guigou (45) to serve the New Apostolic congregations in Uruguay. He then went on to ordain Álvaro González Márquez (41) a Bishop, also for the country of Uruguay.

The Church leader also prayed sincerely for all those who had entered into situations of suffering and distress around the world in recent weeks.

The Project Group “Children’s Teaching Materials” (PG CTM) will remain in the country until Wednesday in order to continue their discussions on the next steps to be taken in the new design of the Church’s teaching materials for children. Most of the District Apostles and District Apostle Helpers have already returned to their working areas, however. 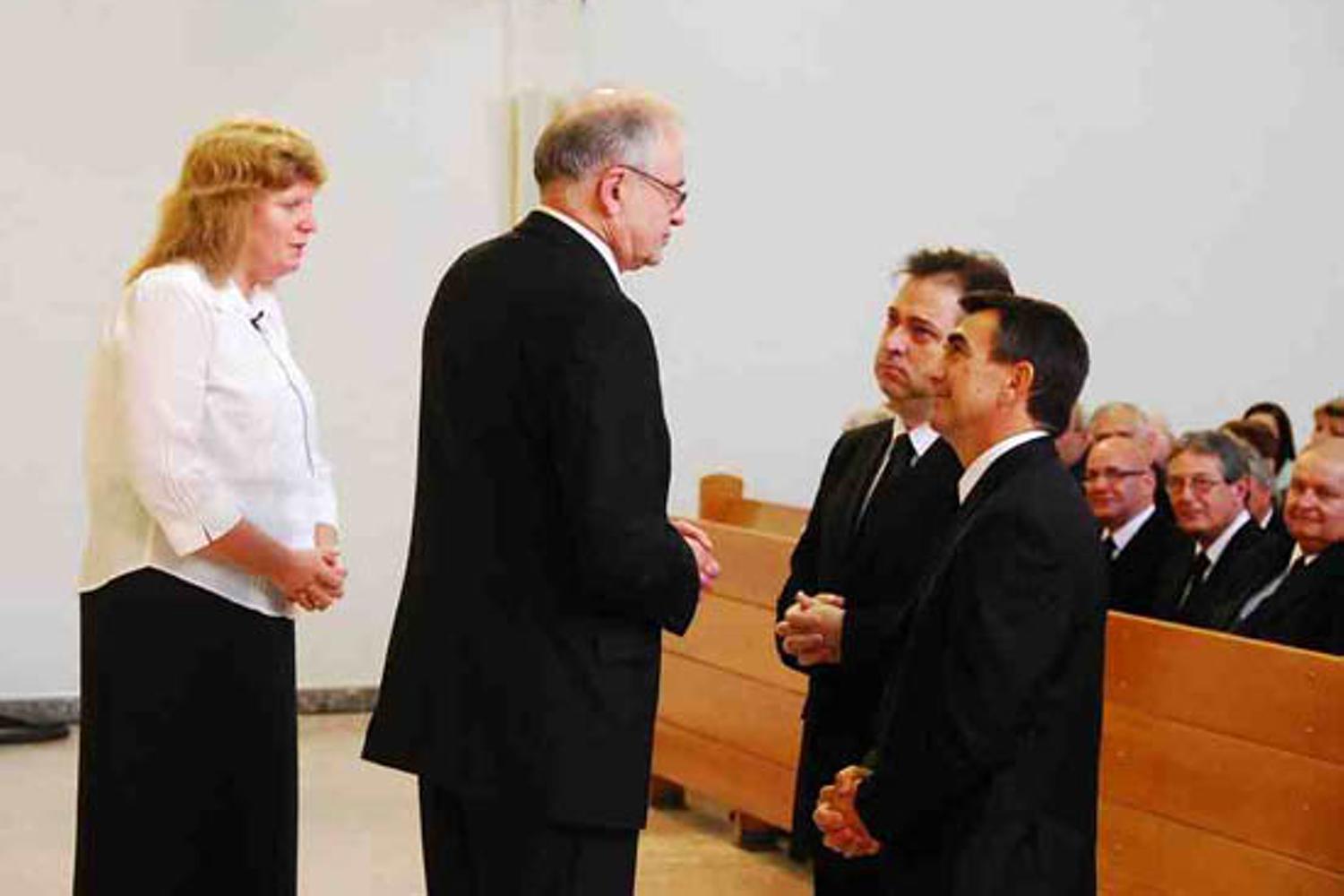