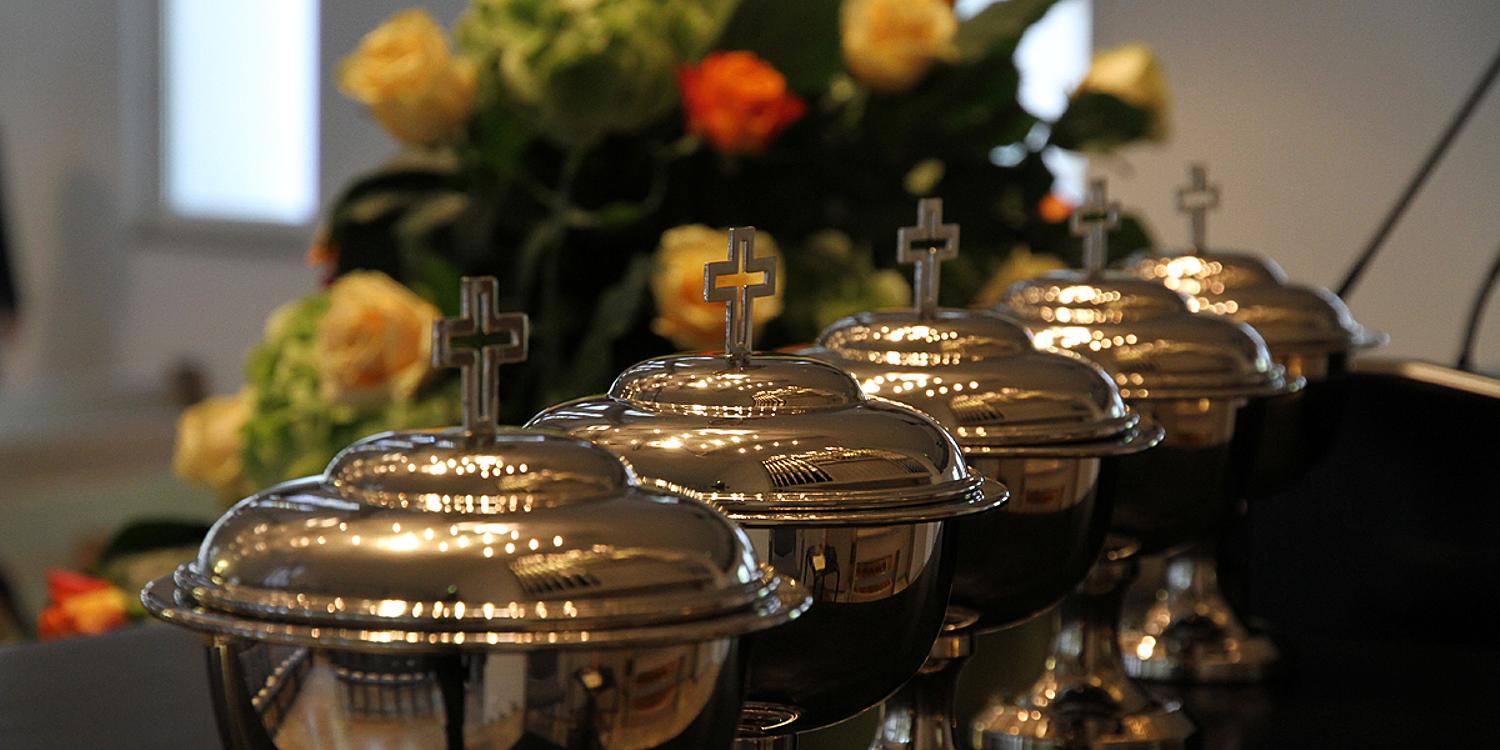 Divine service for European ministers 2010: Serving means making yourself available to the Lord!

Zurich/Leipzig. Once each year the incumbent Chief Apostle of the New Apostolic Church conducts a divine service for all the ministers of Europe. This time, the special divine service took place in Leipzig, and all active and retired ministers, together with their wives, were invited to attend in the various locations. A new feature this year was the sequence of the divine service: Chief Apostle Wilhelm Leber conducted the divine service in accordance with the revised liturgy that will be in effect after the start of the new church year.

Beginning on the first Sunday of Advent, a new liturgy will be in practice in the New Apostolic Church. The celebration of Holy Communion in particular is to be expanded and structured in even more dignified fashion using enriched liturgical elements. These include the observable uncovering of the chalices containing the consecrated wafers, together with moments of silence that will also be inserted into the celebration of Holy Communion. Chief Apostle Leber explained that the new liturgy is to bring greater solemnity to the progression of the divine service.

In his sermon the Church leader explained how important it is that all ministrations and works in the house of God be defined by love and faith. Using a Bible text from Revelation 2: 19, he pointed to a particular progression that had struck him as he studied the text: “I know your works, love, service, faith, and your patience; and as for your works, the last are more than the first.” Serving the Lord implies making ourselves available to Him out of love and faith. The idea of doing “greater works” is to be understood more in qualitative terms, said the Chief Apostle.

Following the divine service, the international Church leader addressed three topics that have had an impact on the course of the New Apostolic Church. He pointed out that his predecessor in ministry, Chief Apostle Richard Fehr, had already set a course for opening the Church up to the outside world. “I have continued upon this course. Tangible signs of this newer openness include our recognition of baptisms performed by other Christian churches as well as our new self-image.” In the past, the New Apostolic Church understood itself as the only church of Christ, explained the Chief Apostle. “We have distanced ourselves from that view. Today we also think of other Christians, who have been baptised and who profess Christ as their Lord, as part of the church of Christ. Thereby we bring to expression that we have a great deal in common with other Christians. We are thus drawing closer to the other Christian churches.”

On the other hand, the Church intends to remain a church that is led by Apostles. “The Apostle ministry remains as essential to us as Holy Sealing. We maintain our view that it is a significant distinguishing feature of the Apostles to prepare the bride of Christ.” This course, he stressed, is neither strictly exclusive nor overly broad. “It is a moderate course that corresponds to our present understanding of the gospel.”

It is in this context that the new Articles of Faith have also been drafted, said the Chief Apostle as he continued his explanations. They are to impart certainty with regard to the core contents of our faith, and “do not represent a relapse into an exclusive attitude.”

Chief Apostle Leber also went on to address the topic of unmarried ministers who cohabitate with their partners. The previous ruling that a minister would lose his ministry the moment he began living with a girlfriend has caused the Church to lose many ministers. In the circle of the District Apostles, a new ruling was thus adopted. “We continue to maintain our view that marriage is the form of cohabitation desired by God, and we continue to hold the institution of matrimony in high esteem. But we will also respect couples who decide not to get married for understandable reasons in the short term. In future, it will be the task of the responsible ministers to speak to ministers who cohabitate with their partners to determine their attitude toward marriage. If they fundamentally disagree with the idea of marriage, it will no longer be possible for them to serve as ministers. Otherwise, they can continue in their ministerial activity.”

Please read our report on the website of the New Apostolic Church of Central Germany. 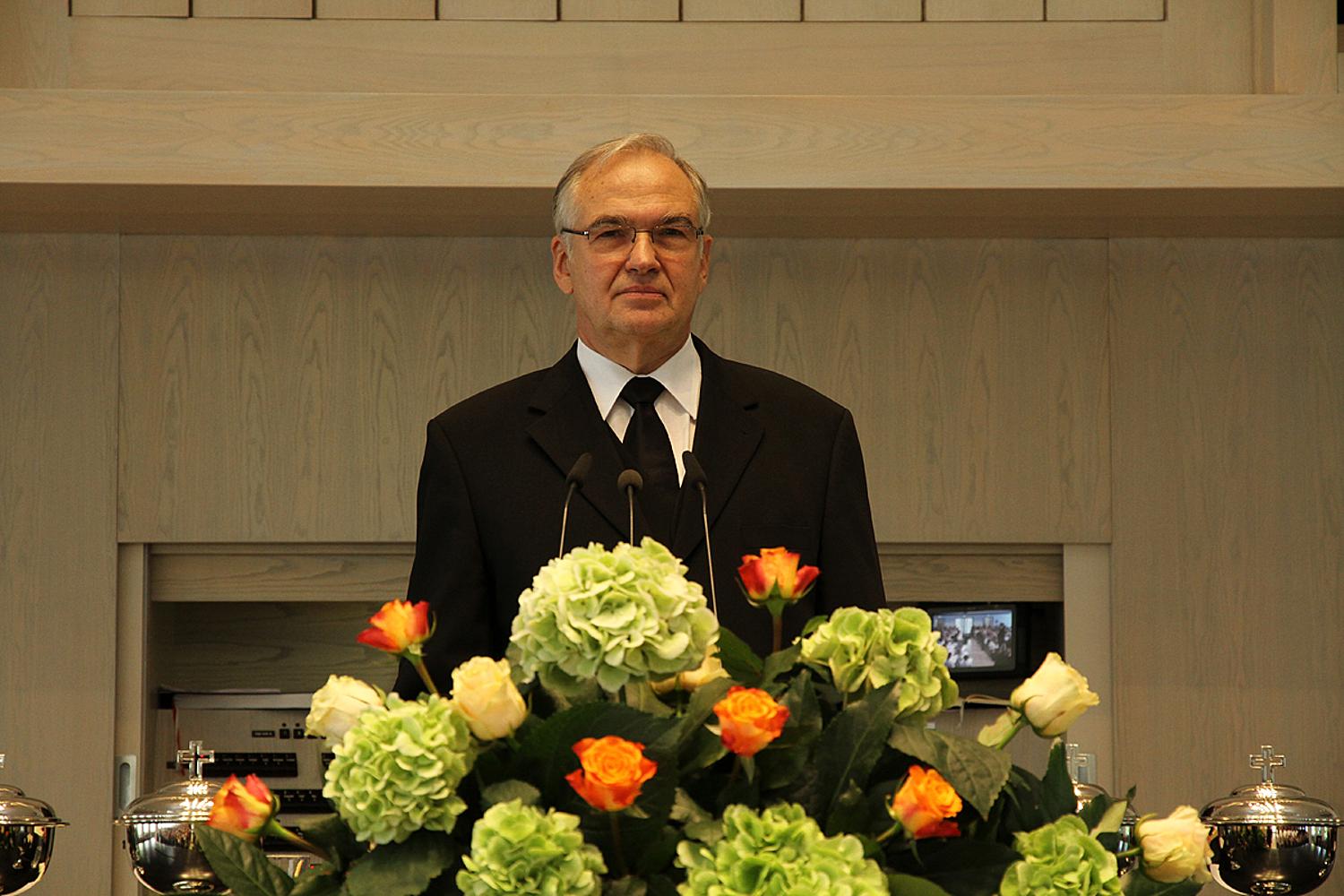 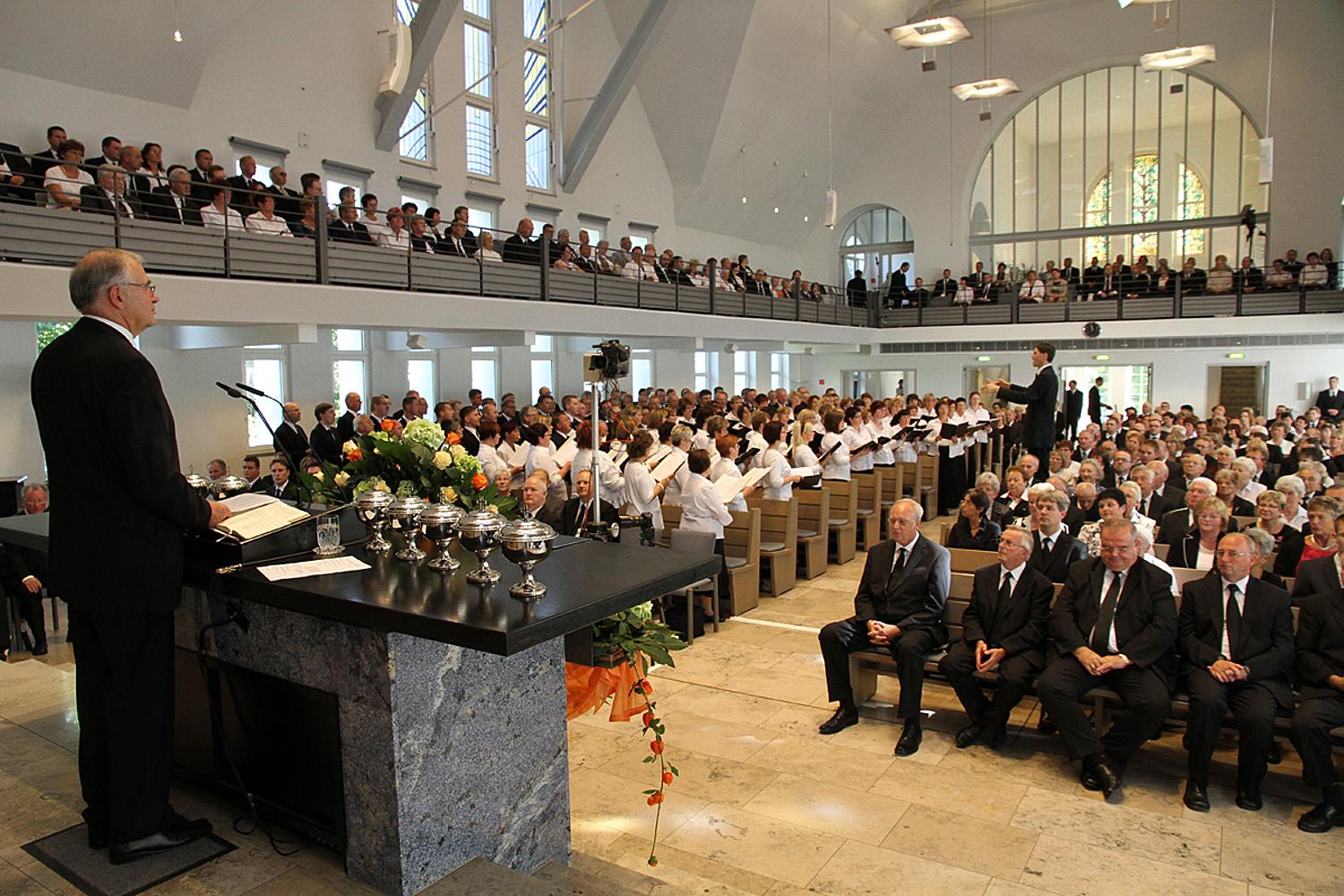