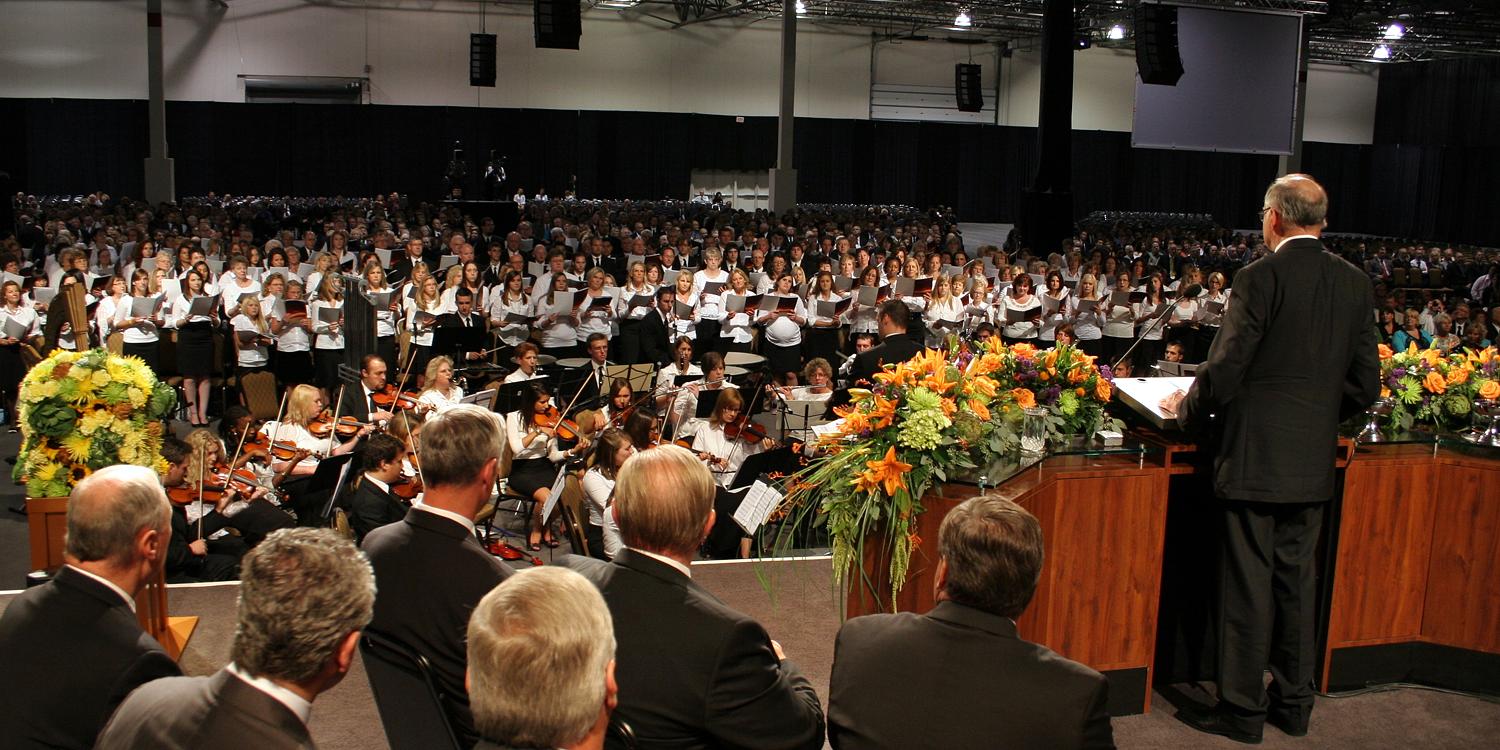 “Return to the Lord”

Zurich/Detroit. The metropolis of Detroit in the American state of Michigan was on Chief Apostle Wilhelm Leber’s travel itinerary. In a festive divine service there on Sunday, 5 September 2010, which took place in the Rock Financial Showplace, he retired the long-serving Bishop Clifford Freund and ordained a new Bishop for the New Apostolic District Church of Mexico. Beyond that, he informed Church members in Canada about who is to succeed the current District Apostle Leslie Latorcai when he retires in November.

The current District Apostle Leslie Latorcai (66) will begin a well-deserved retirement on 21 November. He took over the District Apostle ministry from his predecessor, Erwin Wagner, in October 2000.

Manfredo Stegmann (58) will be the new Bishop for Mexico. He will work together with Apostle Thomas Schmidt with the objective of strengthening and rebuilding the 44 existing congregations in Mexico, said the Chief Apostle.

The divine service in Detroit was transmitted to many receiving sites throughout the District Churches of Canada and the USA. Chief Apostle Leber based his sermon on a Bible passage from Zechariah 1: 3, where it says: “‘Return to Me,’ says the Lord of hosts, ‘and I will return to you.’” Thereupon he called upon the congregation to turn to the Lord in humbleness, strong faith, and trust.

Please read our report on the website of the New Apostolic Church USA. 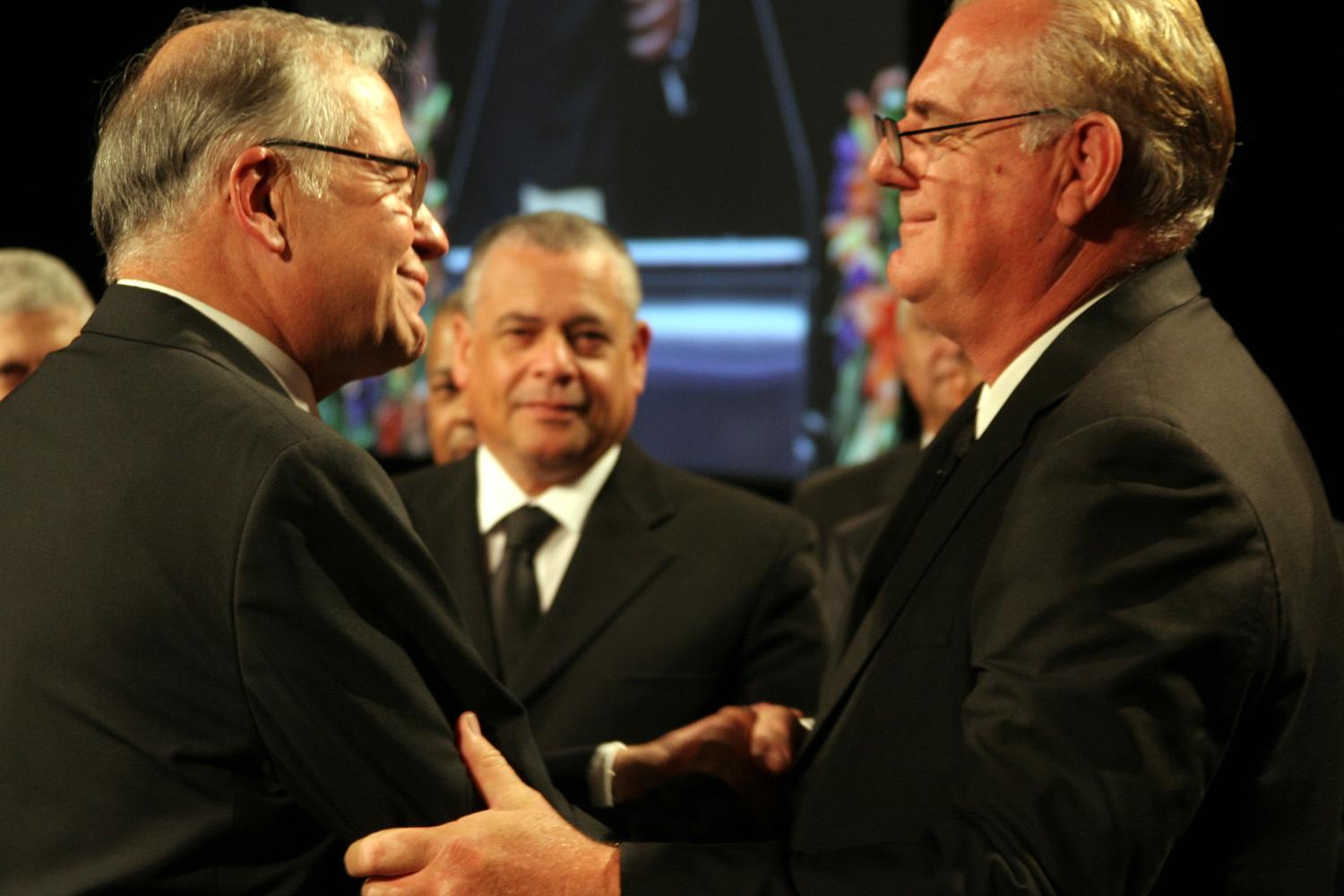 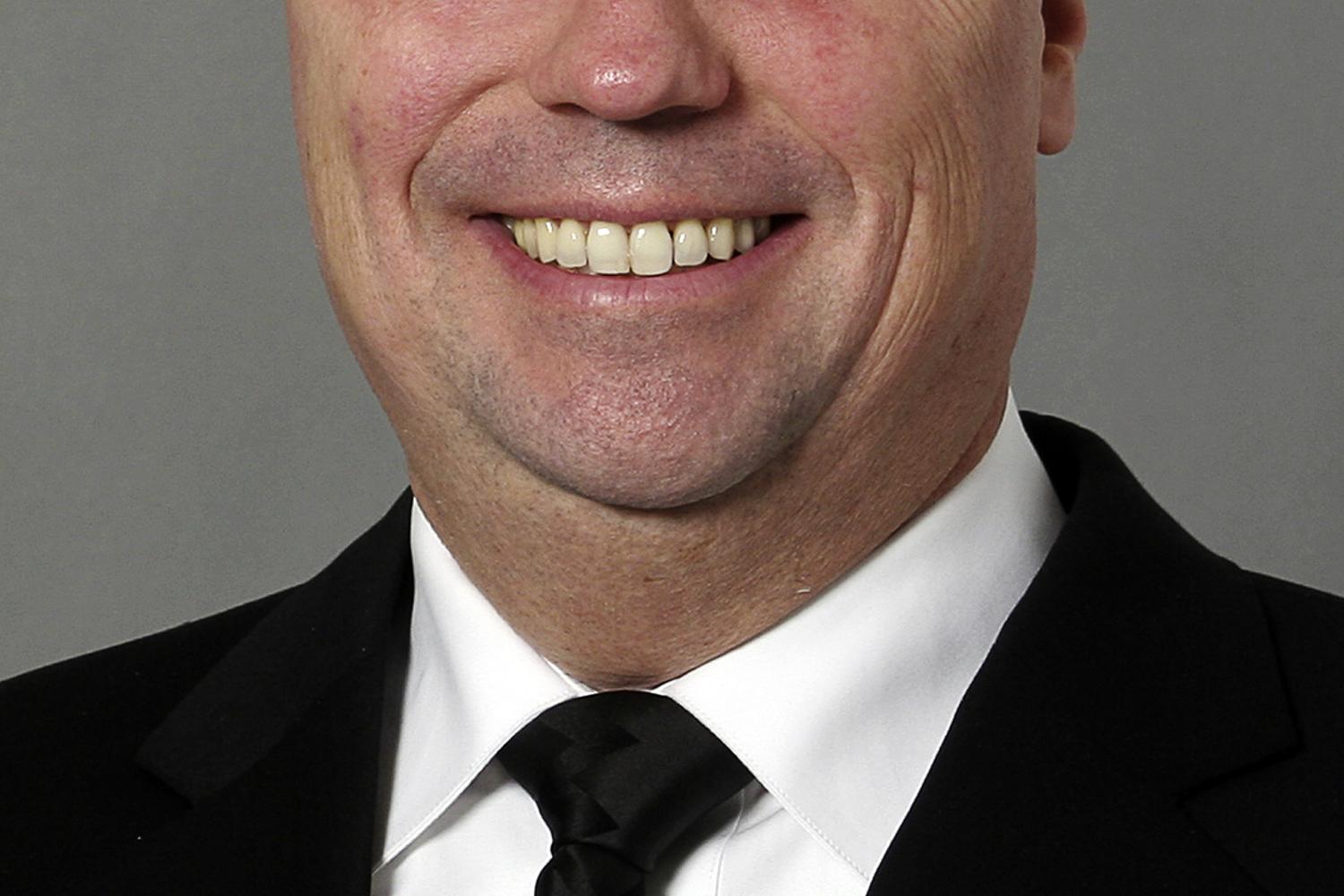