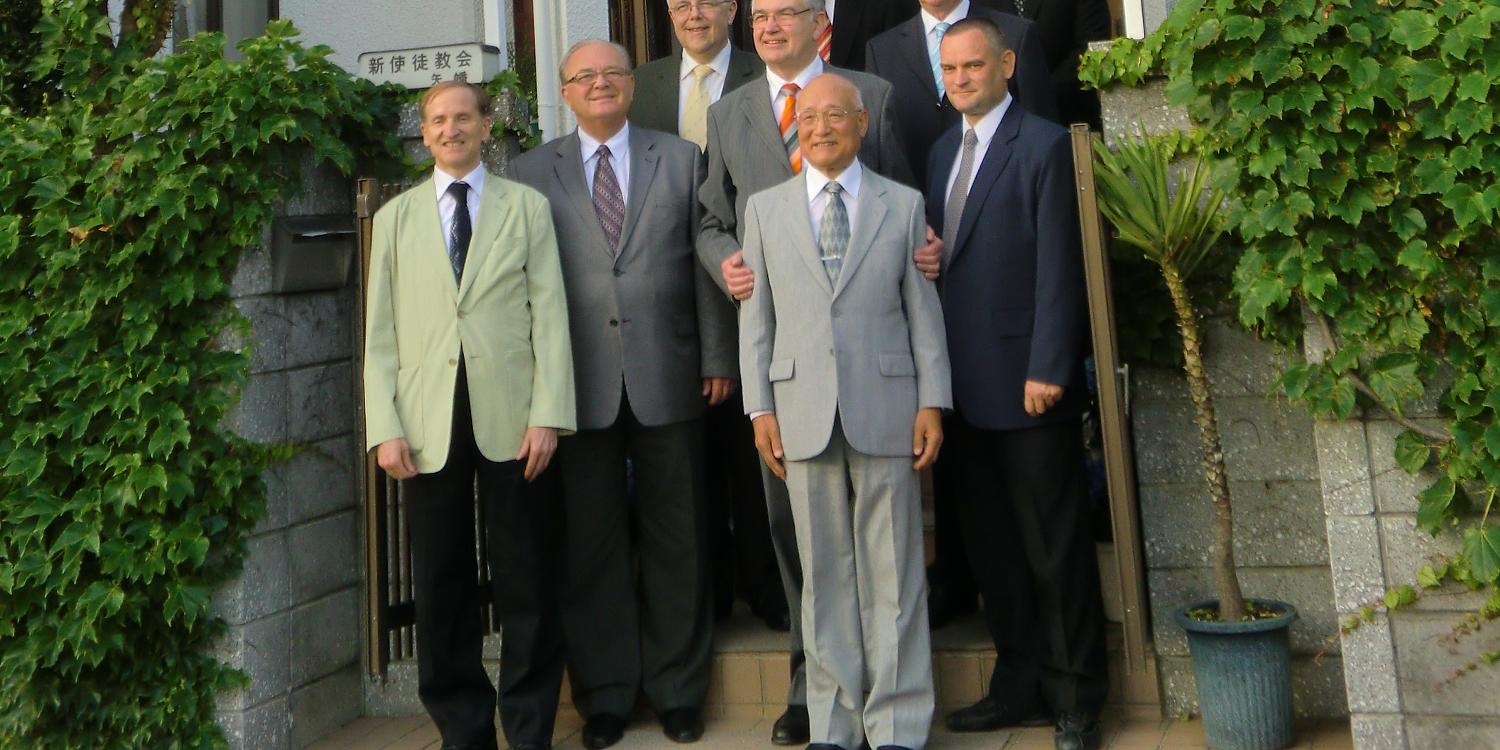 Zurich. The first stop on an extended journey to the Far East led Chief Apostle Wilhelm Leber, the international leader of the New Apostolic Church, to Japan. Over the weekend, he visited the “little flock in the land of the rising sun”, as the responsible District Apostle Urs Hebeisen relates in his travel report. The joy was great when the bus carrying the Church leader arrived in Tama City on Saturday morning. Some brothers and sisters festively dressed in kimonos - in Japan it is only customary to wear such attire on special occasions - were there to welcome him.

District Apostle Hebeisen reports that some 80 members had also travelled there from Korea. The mostly young members performed a concert in the bustling commercial street in front of the hotel under the title “International Friendship Serenade”. The Chief Apostle and his guests - namely District Apostles Armin Brinkmann, Leslie Latorcai, and Urs Hebeisen, Apostles Edy Isnugroho and Fred Wolf, and Bishop Yang - were delighted with the performances.

A total of 167 members and guests gathered for the festive divine service on Sunday. “This is a new attendance record in Japan,” enthused District Apostle Hebeisen. After all, the small New Apostolic congregation of Tama only numbers some 30 members.

During the afternoon’s program, 78-year-old retired District Evangelist Yoshiharu Yahata related stories from the history of the New Apostolic Church in Japan, the beginnings of which date back to the year 1961. Shortly before resuming their travels on Monday, the visitors toured some historic attractions and thereby gained some insight into the diversity of Japanese religious denominations.