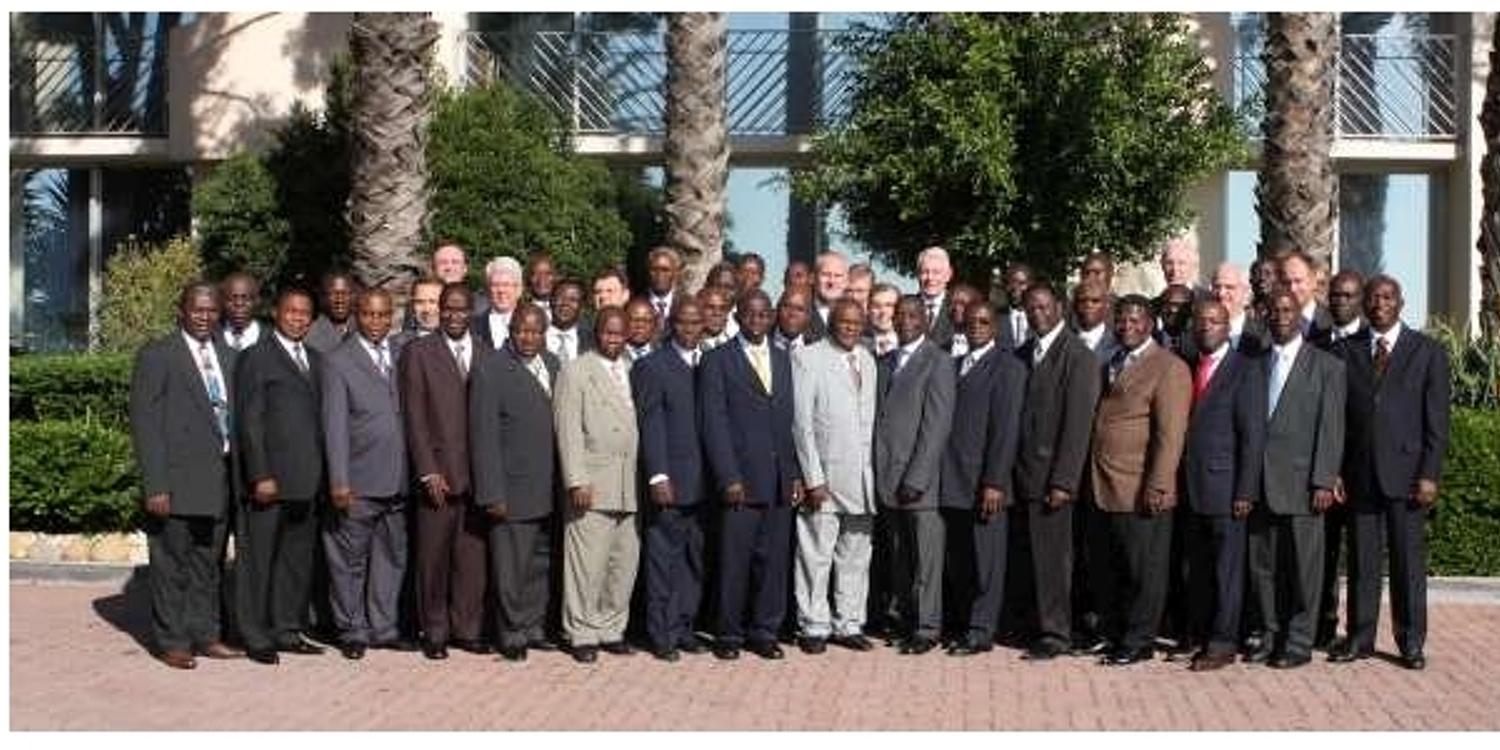 Cape Town. It is not often that all the apostles of the Southern Germany District Apostle area can meet under one roof. On Thursday 20 May 2010, District Apostle Michael Ehrich made use of this opportunity, having all his apostles in Cape Town, South Africa, for the International Apsotles' Meeting 2010.

While many of the apostles who arrived in Cape Town the day before,   went on an excursion to Table Mountain, DA Ehrich and his team met at the Eastern Boulevard Garden Court Hotel for an Apostles’ Meeting.  The meeting, simultaneously translated into French, Russian and English, addressed issues pertinent to the District Apostle area.

After the meeting the apostles gathered under the sunny Cape Town skies for a group photo, making full use of this rare opportunity afforded them.