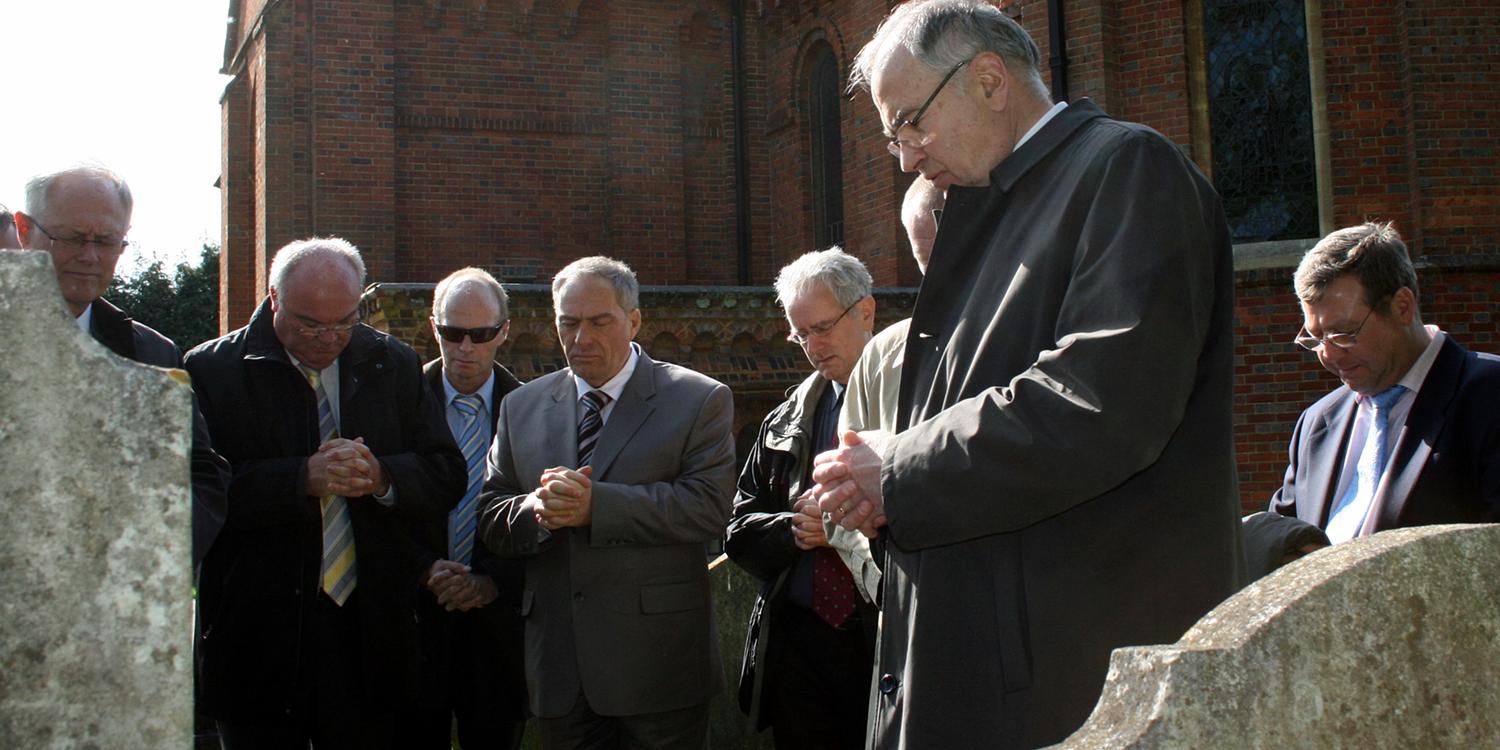 A prayer at the grave of the English Apostles

Zurich/London. During the afternoon of their first session at the European District Apostle Meeting, Chief Apostle Wilhelm Leber and the European District Apostles made an excursion to Albury. This small town in the county of Surrey, some 50 kilometres outside of London, was the hub of the Catholic Apostolic movement at the start of the nineteenth century. The Church leaders gathered for an emotional prayer at the grave of Apostle Carlyle.

“We look back in thankfulness to the men who established the work of the Apostles in Albury.” It was with these words that the international Church leader began his prayer at the grave of the English Apostle Thomas Carlyle. The latter had been a significant personage in the Catholic Apostolic congregation, and he had also performed the first Holy Sealing outside of England, namely in Frankfurt in 1847. “May they also rejoice in the beyond over the fruits of their work,” said the Chief Apostle. With moving words he also prayed for all the believers in the New Apostolic Church: “We also pray for ourselves, so that we may remain unfettered by human error and that we may fulfil the will of God.”

The tranquil town of Albury, which exudes so much Catholic Apostolic history, was the scene of the so-called Albury Conferences in the twenties of the nineteenth century. Although the council hall of the Apostles is no longer open to the public, Henry Drummond’s manor house was indeed accessible to the participants of the European District Apostle Meeting. It was there that everything had begun. Over the space of five years, the Albury Conferences had transpired there in the estate’s spacious fireside lounge. The picturesque country park is also the site of the Old Parish Church, where Drummond found his last resting place. 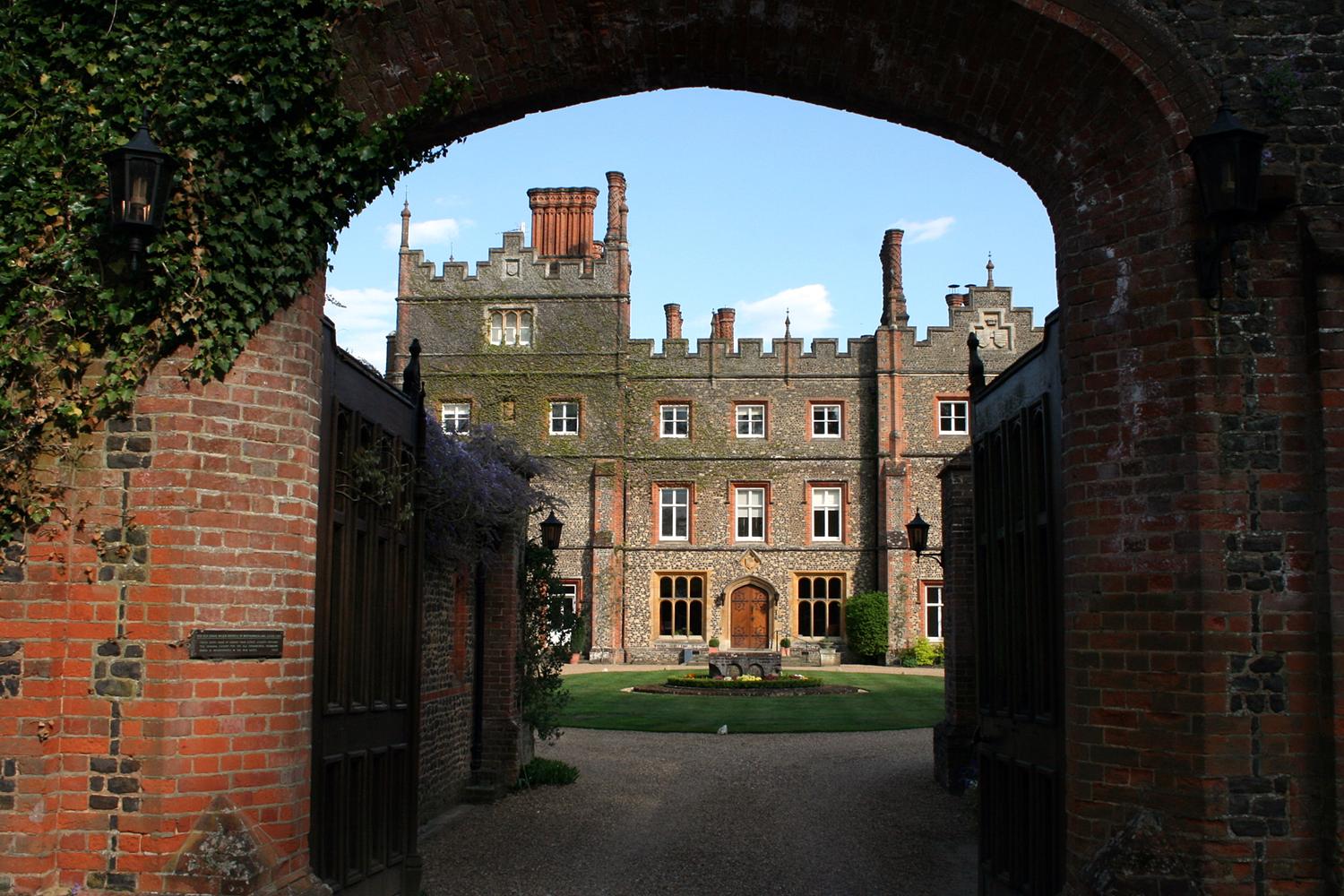