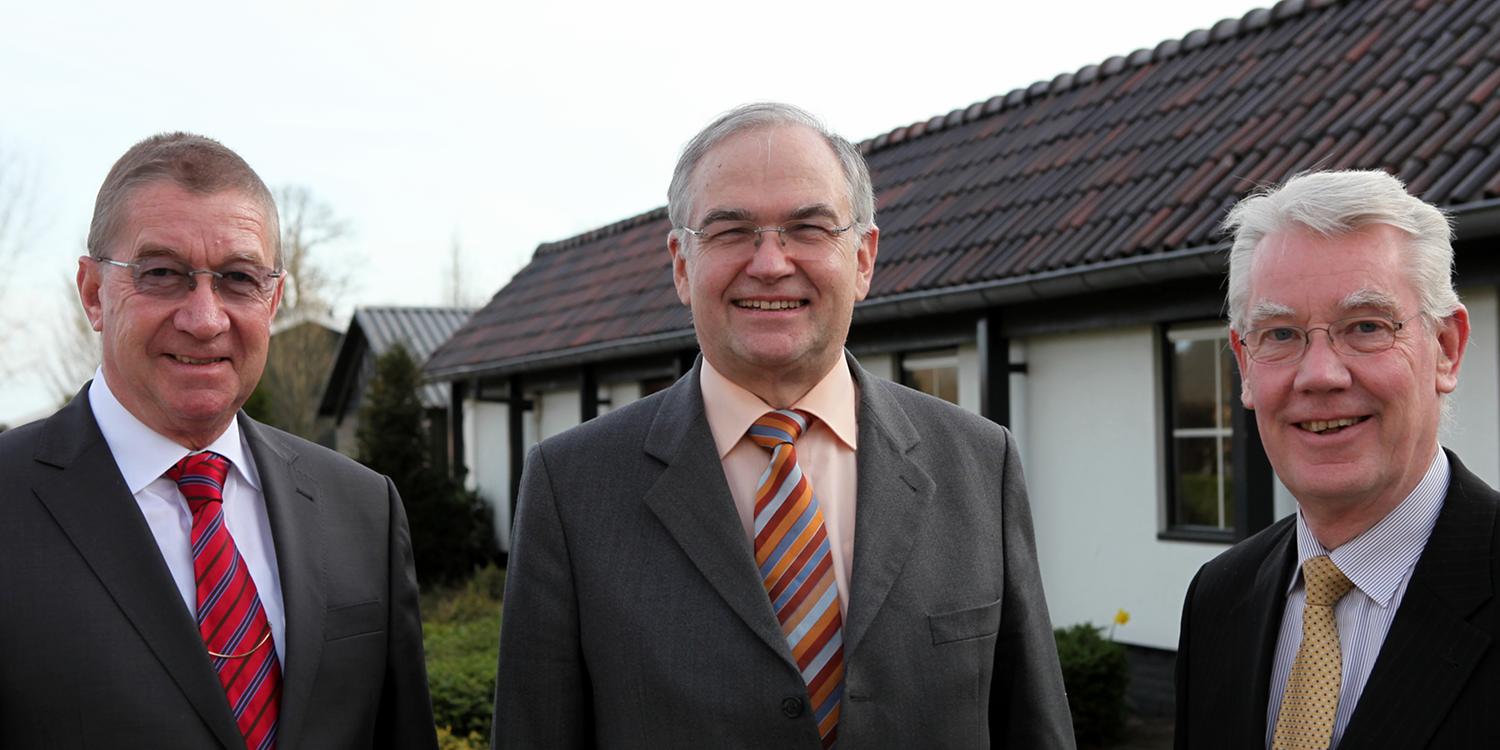 Zurich/Hilversum. As of next year, District Apostle Armin Brinkmann of North Rhine-Westphalia will take over the leadership of the New Apostolic Church Netherlands. This announcement was made by Chief Apostle Wilhelm Leber in today’s festive divine service in Hilversum. The current District Apostle Theodoor de Bruijn (64) will be festively retired upon reaching the age limit in May of next year.

District Apostle Brinkmann from Dortmund is 61 years old, and has been serving several District Churches in Europe, South America, Africa, and Asia as District Apostle since 2005. In him, New Apostolic Christians in the Netherlands—and in the countries of Anguilla, Antigua, Aruba, Malta, the Dutch Antilles, and Surinam in the care of the Netherlands—will receive an experienced minister and chief missionary shepherd.

The change in leadership is scheduled to come into effect on Sunday, 15 May 2011.