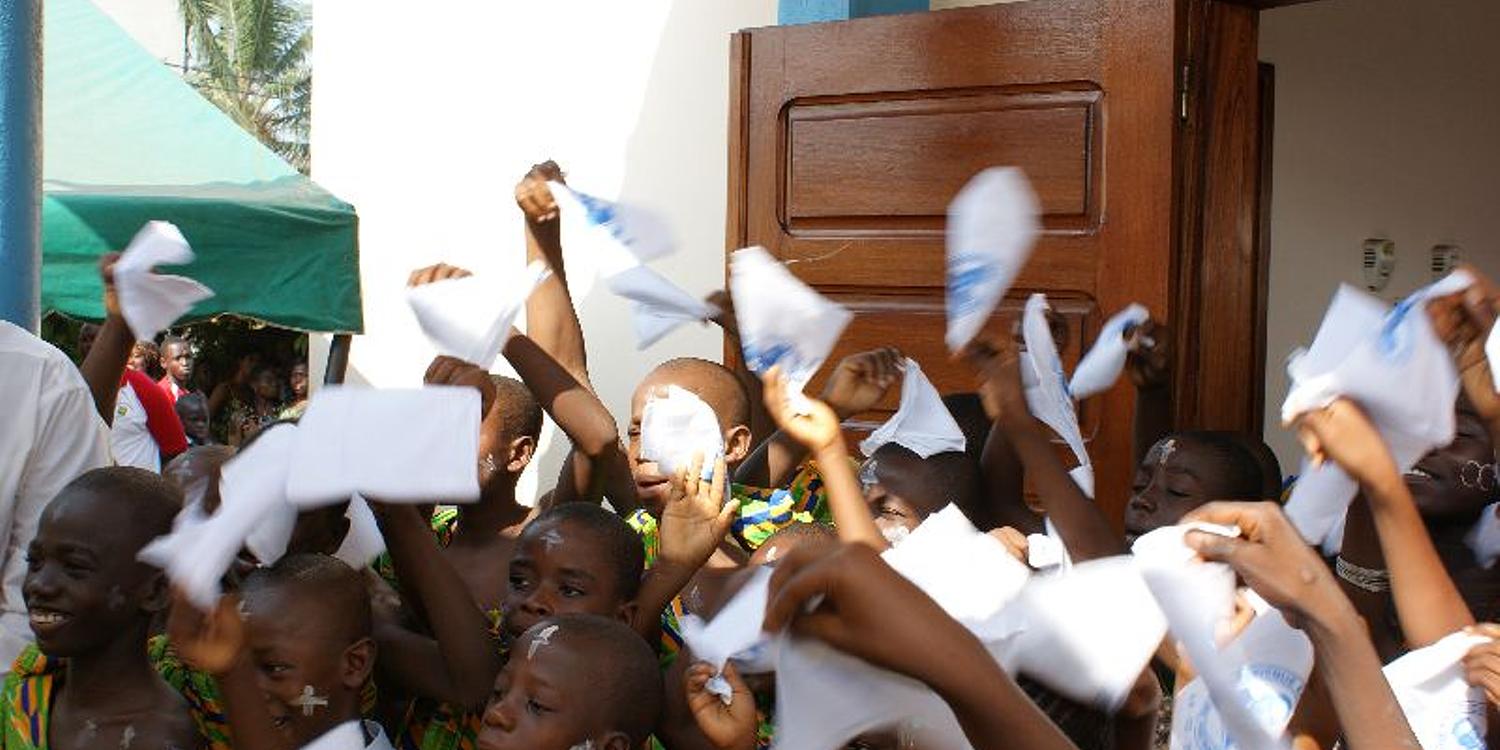 A short trip to West Africa

Zurich. It was truly a trip into the heat. It was a solid 30 degrees plus in Abidjan - the city of millions in Ivory Coast - over the second week of February, when Chief Apostle Wilhelm Leber undertook a short trip to this country in order to ordain an Apostle and three Bishops for a number of West African countries.

On Sunday, 14 February, Chief Apostle Wilhelm Leber conducted a divine service in Abidjan, the largest city of the West African nation of Ivory Coast. A total of 3,000 members and guests - seated both inside and outside of the church - watched as the international Church leader ordained Jules Beavogui (54) an Apostle. Beside him stood Marcel Haba (Guinea), Thaimu Kargbo (Sierra Leone), and Konan Jules Kouadio (Ivory Coast), all of whom received the Bishop ministry for their respective countries.

The Chief Apostle based the service on a passage from Matthew 10: 28, where it says: “And do not fear those who kill the body but cannot kill the soul. But rather fear Him who is able to destroy both soul and body in hell”. He then went on to make his listeners aware that all of our lives are in the hand of God, and that nothing happens without His permission.

There are approximately 560 New Apostolic congregations in Guinea. Apostle Beavogui will work in the east of the country, where most of the nation’s 51,000 New Apostolic Christians live. The District Church of Guinea has been officially recognised by the state since 1988. 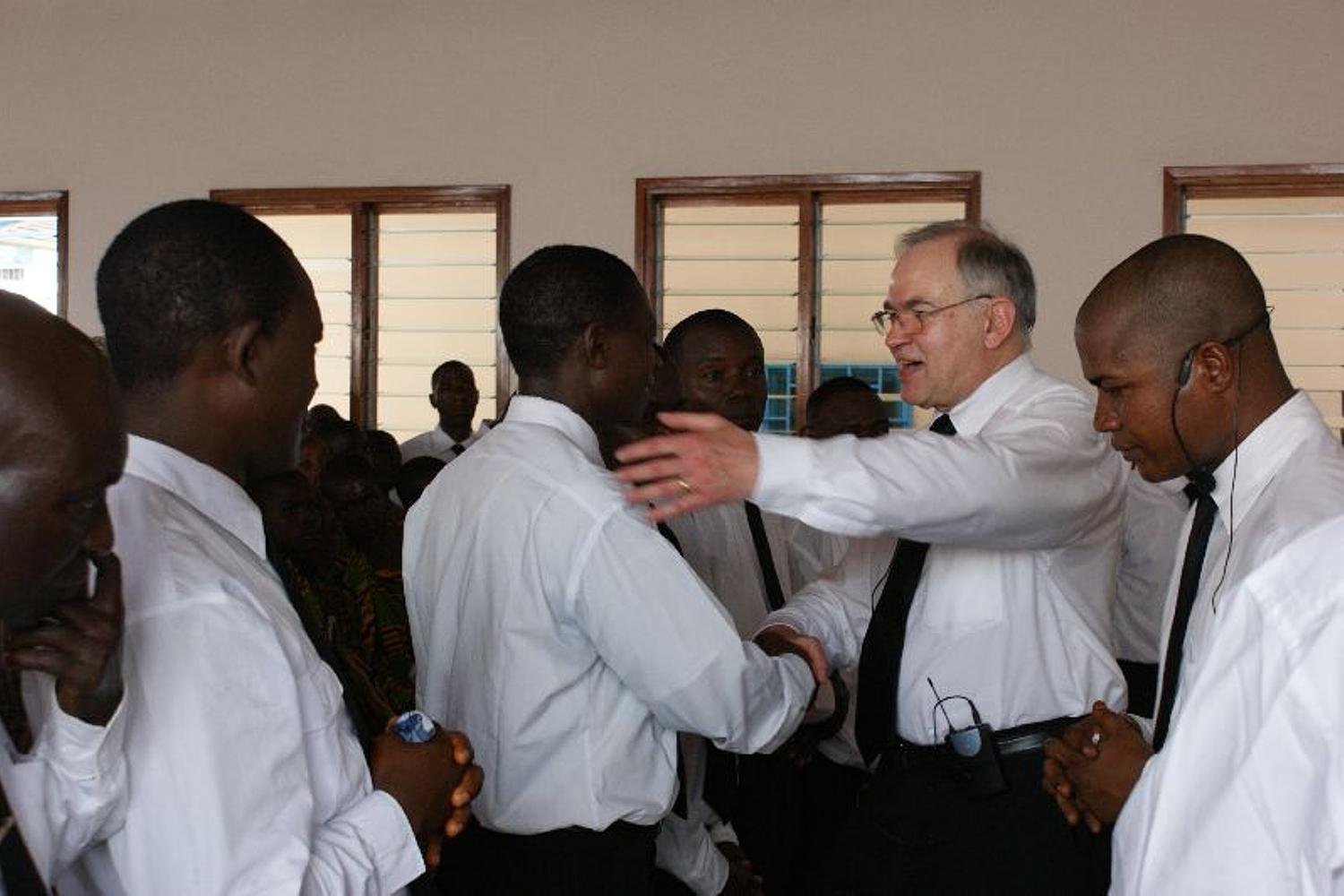