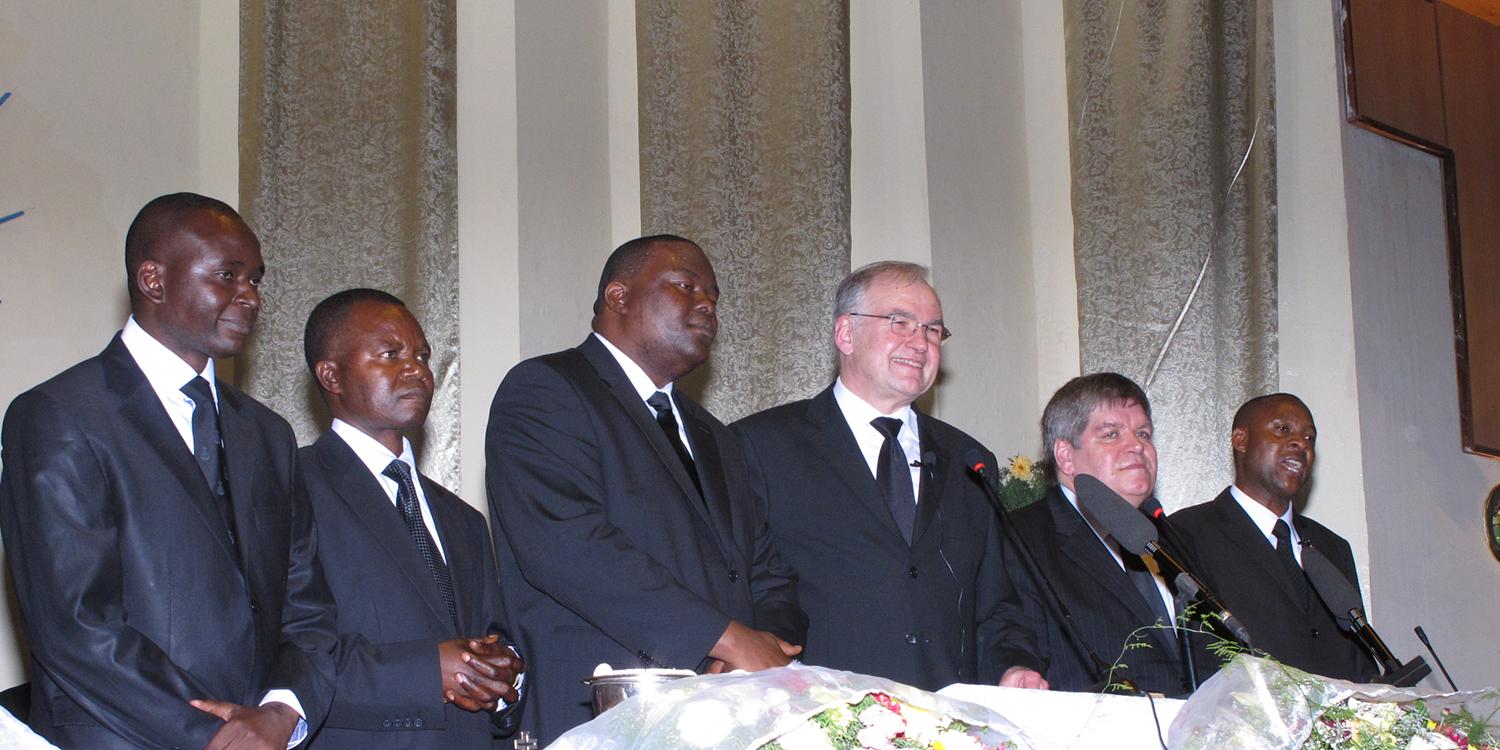 Tshitshi Tshisekedi is the new District Apostle Helper in the Congo

Zurich. The third week of January brought Chief Apostle Wilhelm Leber, the leader of the international New Apostolic Church, to the Democratic Republic of Congo. From 21-26 January, his agenda included visits throughout the province of Katanga. The highlight of the trip was the appointment of a new District Apostle Helper for the eastern region of the gigantic country, which is served by the District Church of France.

The name of the new District Apostle Helper is Tshitshi Tshisekedi (37). He lives in Kananga and speaks English, Lingala, and Tshiluba. He will from now on represent his District Apostle Jean-Luc Schneider from France in the pastoral care of the New Apostolic congregations throughout the eastern region of the Democratic Republic of Congo. This, said the Chief Apostle, will serve to strengthen the self-sufficiency of the District Churches in Africa.

The festive divine service took place in the Kawama church (Lubumbashi), where Apostle Edouard Kazadi Mwale (63) from Kolwezi was given a festive discharge into retirement. For 15 years he had worked tirelessly and faithfully as an Apostle, and in so doing had performed a great labour of love, said the Chief Apostle in his words of thanks to the retiring Apostle. The Church leader then went on to ordain two new Apostles in Joseph Musuwa (49) and Musenge Gabin Mwemena (36).

The Sunday divine service was based on a Bible passage from Genesis 15: 1: “Do not be afraid, Abram. I am your shield, your exceedingly great reward.” The Chief Apostle incorporated this text into his message to the faithful, urging them not to be afraid, but rather to trust in the Lord completely. “The reward for this,” he emphasised, “is eternal fellowship with God the Father and the Son.”

On Monday, 25 January, the Chief Apostle and his companions flew on to Kolwezi (Katanga), some 500 kilometres north of Lubumbashi. There he conducted a festive divine service at 11:00 AM, which will be remembered for a long time by all who attended: a powerful flash-flood in the middle of the sermon caused the congregation to huddle closely together.

The District Church of France describes the visit of the Chief Apostle as a turning point in the history of the New Apostolic Church in Katanga and the Democratic Republic of Congo as a whole. Chief Apostle Leber bade farewell to the brethren with the words: “May God bless this country with peace!”

Some 1.5 million New Apostolic Christians live in the eastern provinces of the Democratic Republic of Congo in the care of the District Church of France. They are served in over 10,000 congregations by some 47,000 ministers. The southwest region of the country, which is also home to over one million Church members, is served by the District Church of Canada. 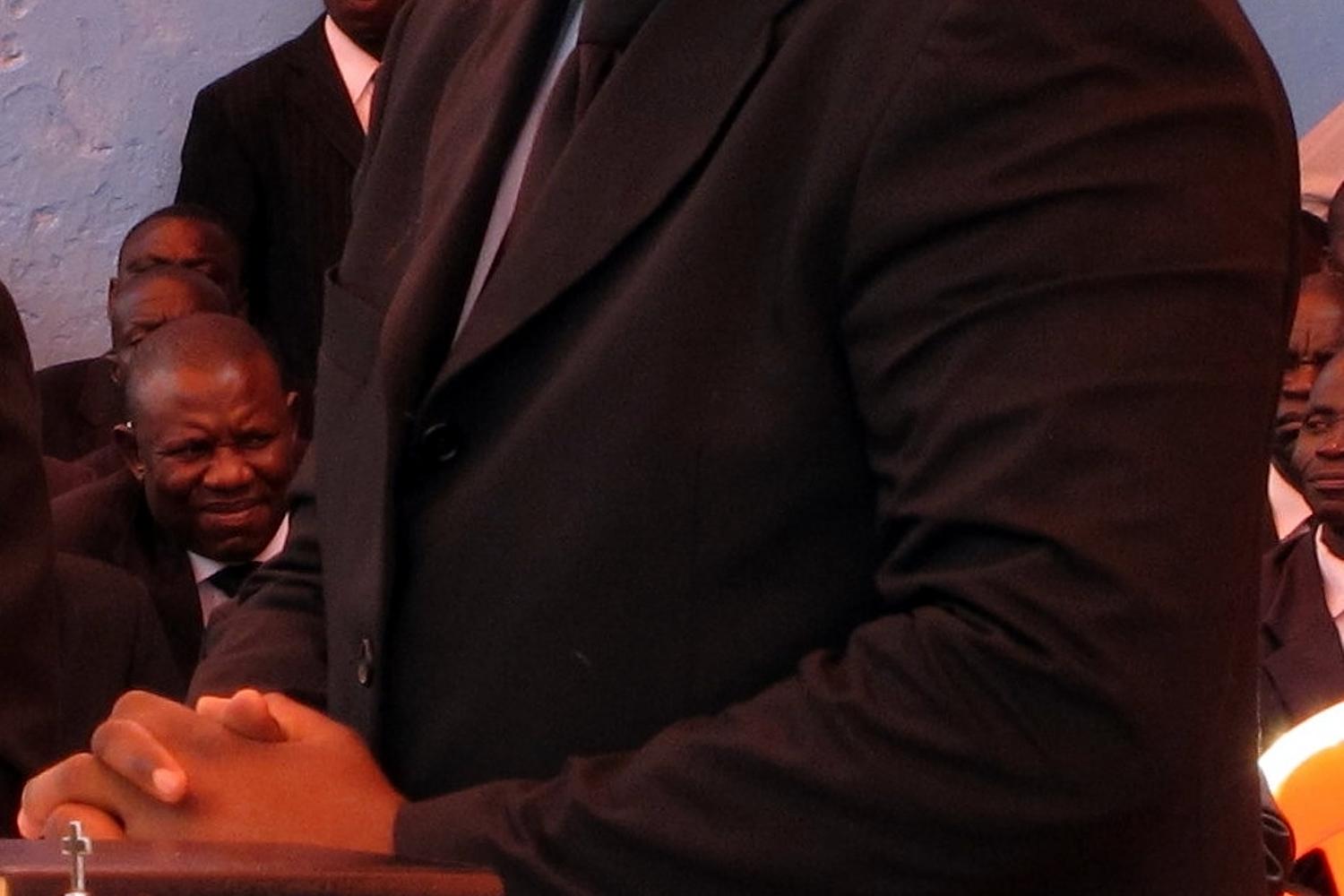