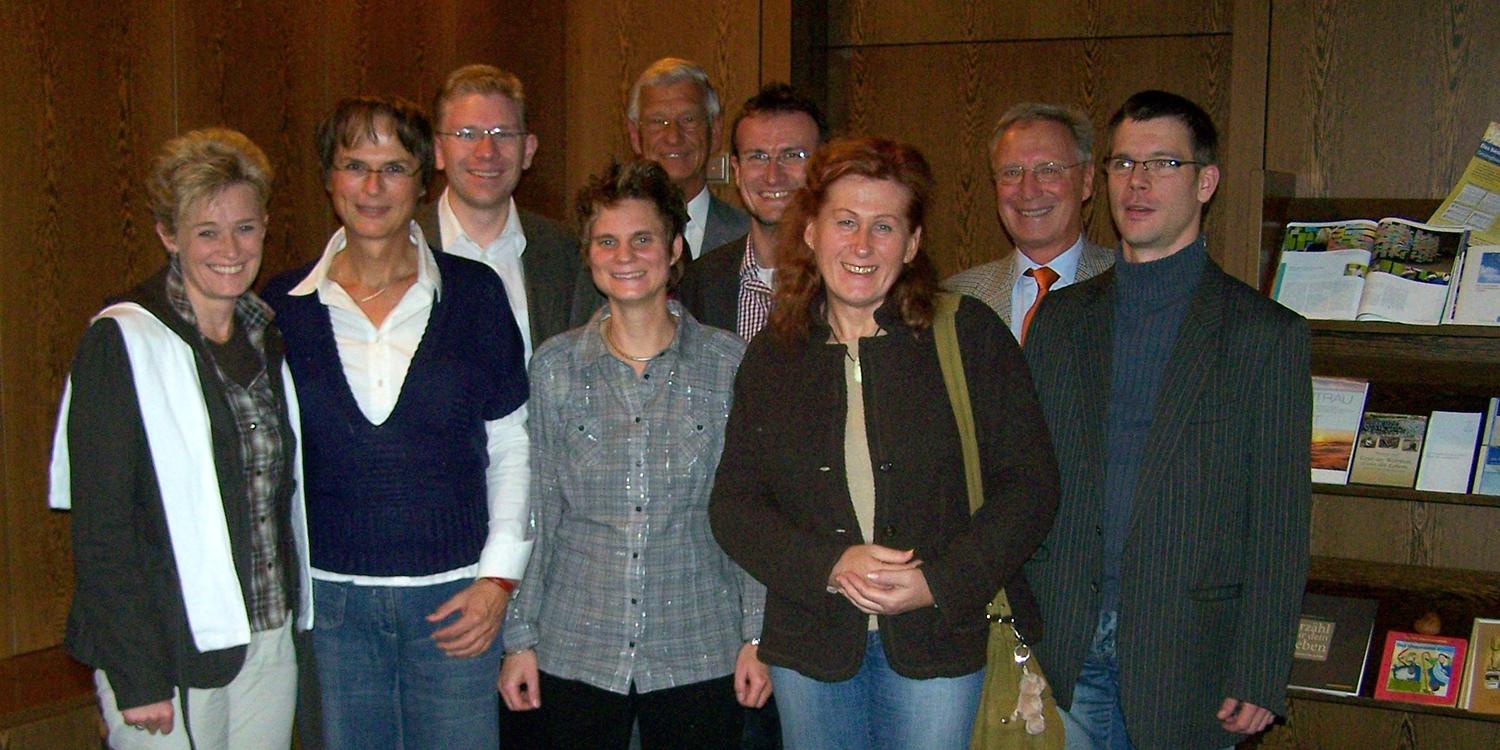 Dialogue and anniversary: the Committee for Special Affairs and Rainbow-NAC gather for another meeting

Frankfurt. Only ten days after a meeting commemorating the 10-year anniversary of the group known as Rainbow-NAC in Saarbrücken, the Committee for Special Affairs (CSA) met up with a delegation of old and new spokespersons for the group in order to continue their dialogue in Frankfurt. This was already the ninth occasion on which the two parties had gathered for a meeting of this kind.

The Church’s Committee for Special Affairs has been meeting regularly with representatives of Rainbow-NAC since 2002. The objective of these gatherings is to discuss the situation of homosexual, bisexual, and transsexual members in the New Apostolic Church, dismantle prejudices, and work together to promote efforts for clarity and understanding. The mutual trust that exists between the two parties enables them to have intense discussions of this subject matter, which are supported by the Chief Apostle and the District Apostles with great interest.

During their meeting on 5 November 2009 in Frankfurt am Main, the groups took some time to pay tribute to their collaboration over the past years, which has been marked by mutual esteem and appreciation. Retired District Apostle Hagen Wend announced that he would soon be taking leave of the CSA, after six years of membership in the committee. Previous spokespersons for Rainbow-NAC also announced their retirement from the group. The CSA then went on to welcome the new spokespersons of Rainbow-NAC to all future meetings.

One of the elements on which the dialogue centred was the very good collaboration between the two groups with regard to preparations for the European Youth Day, at which Rainbow-NAC was also represented by way of an information booth, with the approval of the Church and the support of many private donors. The group also reported on the warm reception it was given by the participants of the European Youth Day.

The representatives of Rainbow-NAC also presented the members of the CSA with copies of the group’s anniversary brochure, and expressed thanks for all their support.

Rainbow-NAC is a private initiative of homosexual, bisexual, and transsexual members of the New Apostolic Church, established in 1999.