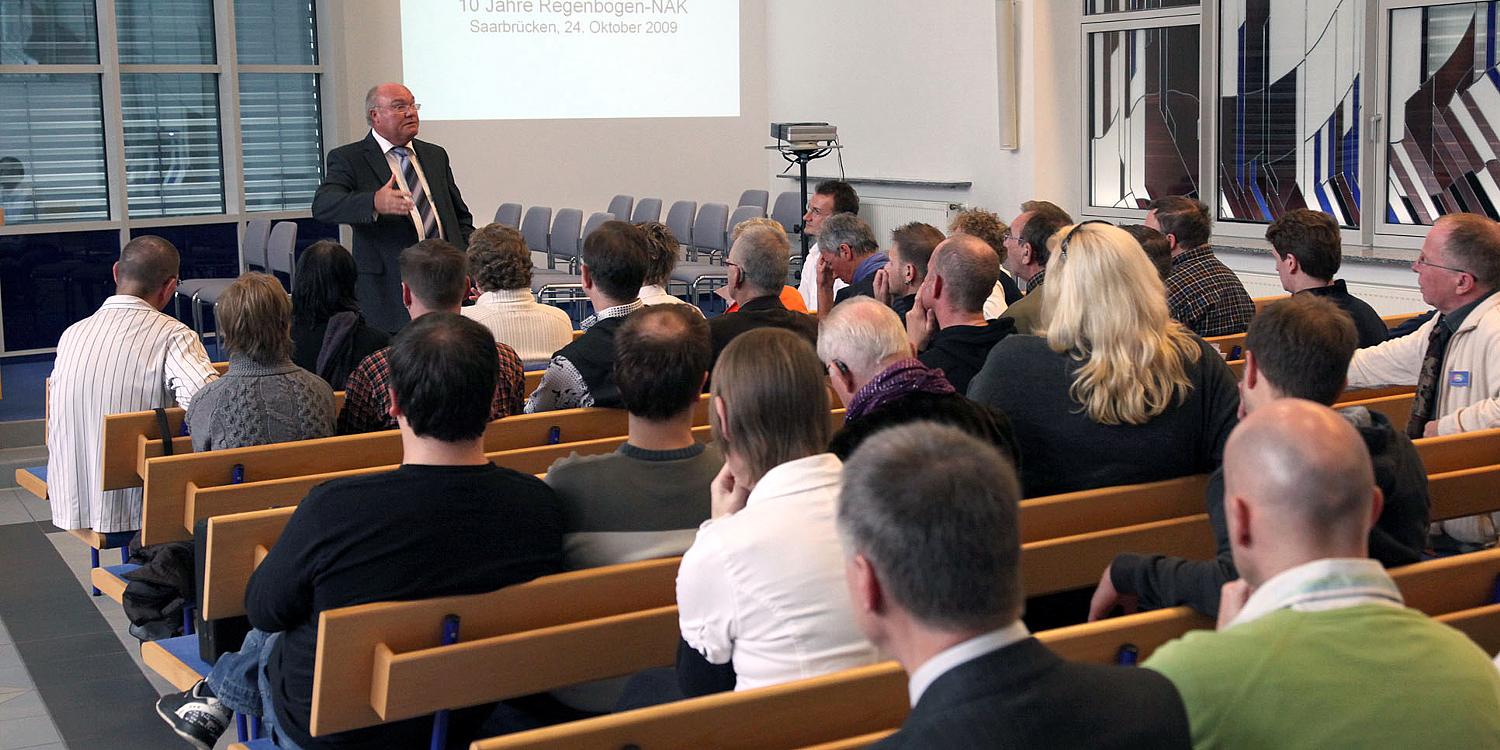 Ten-year anniversary of Rainbow-NAC: “You are not alone!”

Saarbrücken. Last weekend a total of 70 homosexual, bisexual, and transsexual New Apostolic Christians gathered in Saarbrücken to mark the ten-year anniversary - and the 27th international meeting - of Rainbow-NAC. District Apostle Bernd Koberstein of the District Church of Hesse/Rhineland-Palatinate/Saarland attended the meeting in the Saarbrücken-Central church as the representative of the New Apostolic Church.  The topic of this meeting centred on the European Youth Day, in which Rainbow-NAC had also participated with a booth of its own.

It was on a weekend at the beginning of October 1999 that the first meeting of homosexual members of the New Apostolic Church took place. At that time, it took place in Bedorf, near Koblenz, with a total of 20 participants. These New Apostolic Christians had previously become acquainted by way of various forums and websites on the internet. During the course of that meeting, the participants chose “Rainbow-NAC” as the name of their group. “The rainbow symbolises diversity and is also the Christian symbol of a relationship with God,” writes one of the founding members in a brochure marking the group’s ten-year anniversary, which was distributed to participants during the meeting.

Discussions with the Church

In the year 2000, the group made its first contacts with the leadership of the New Apostolic Church through the Church’s public relations officer, Peter Johanning. The first meeting between the group and the Church’s “Current Issues” Project Group took place in January 2002. Later on, Chief Apostle Richard Fehr commissioned the “Committee for Special Affairs” (CSA) to function as the Church’s reference partner for the group.

Over the course of the ensuing years, the committee met regularly with the communications team of Rainbow-NAC (we reported often).

Encounters at the European Youth Day

In May 2009, Rainbow-NAC was represented in Hall 6 with a booth of its own at the European Youth Day of the New Apostolic Church, which took place in Düsseldorf. Members of the group were available to answer the questions of participants, young people, ministers, and parents. At their meeting in Saarbrücken the group summed up their experience of the event positively: “We were perceived to be part of the Church and part of the congregations,” said Arne Stauch, who was the spokesperson for Rainbow-NAC at the time of the Youth Day. “The acceptance we felt among the participants at the Youth Day was overwhelming. There were barely any difficult conversations.”

In his address to the group at their meeting in Saarbrücken, District Apostle Koberstein congratulated the members of Rainbow-NAC on their success at the European Youth Day 2009. As he spoke, he went on to emphasise the significance of pastoral care. He described this as especially important, not on account of a particular person’s sexual orientation, but on account of the specific situation of each individual in the context of Church and society. “Our Church is to be characterised by the availability of individualised pastoral care for every member of the congregation,” said District Apostle Koberstein. 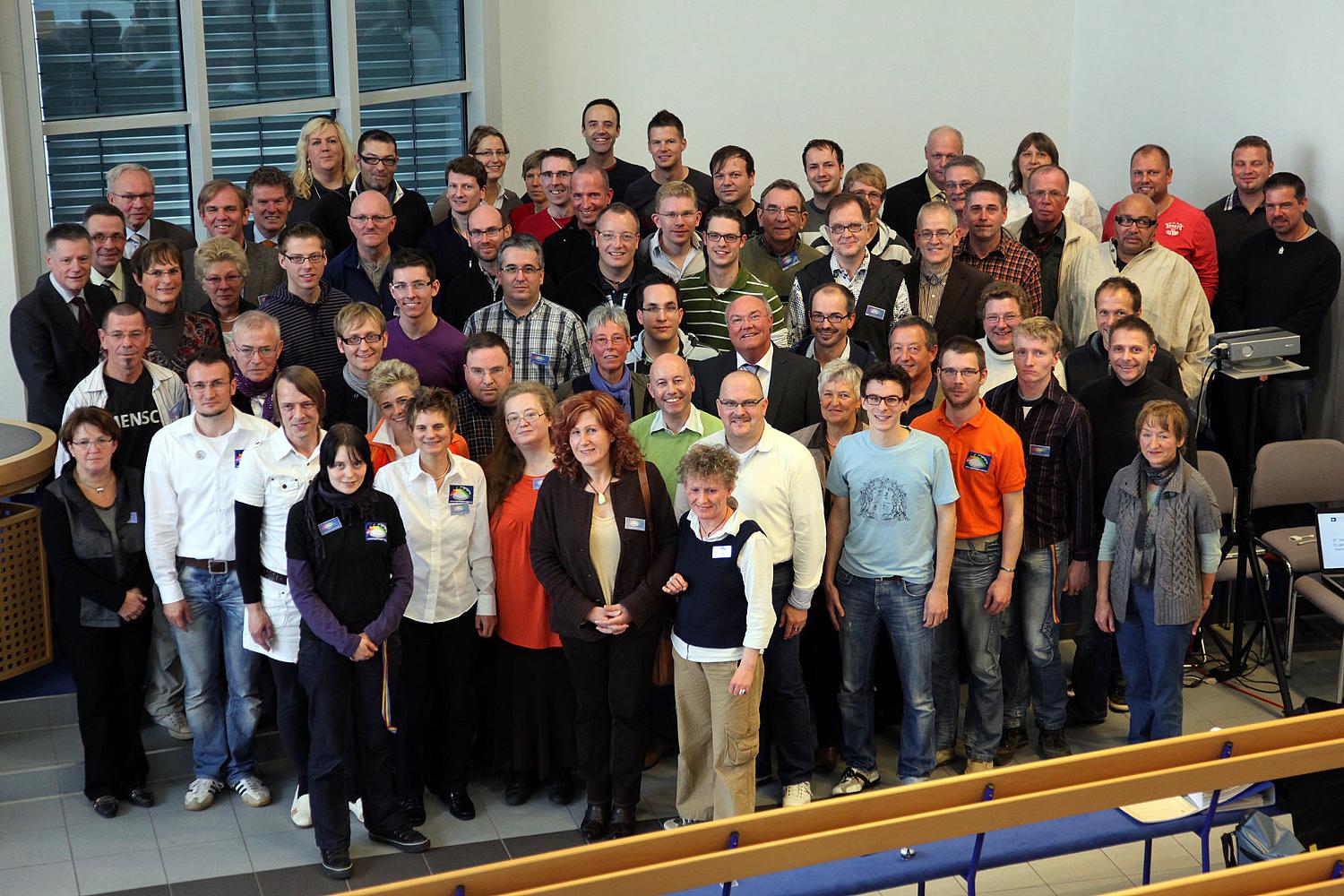