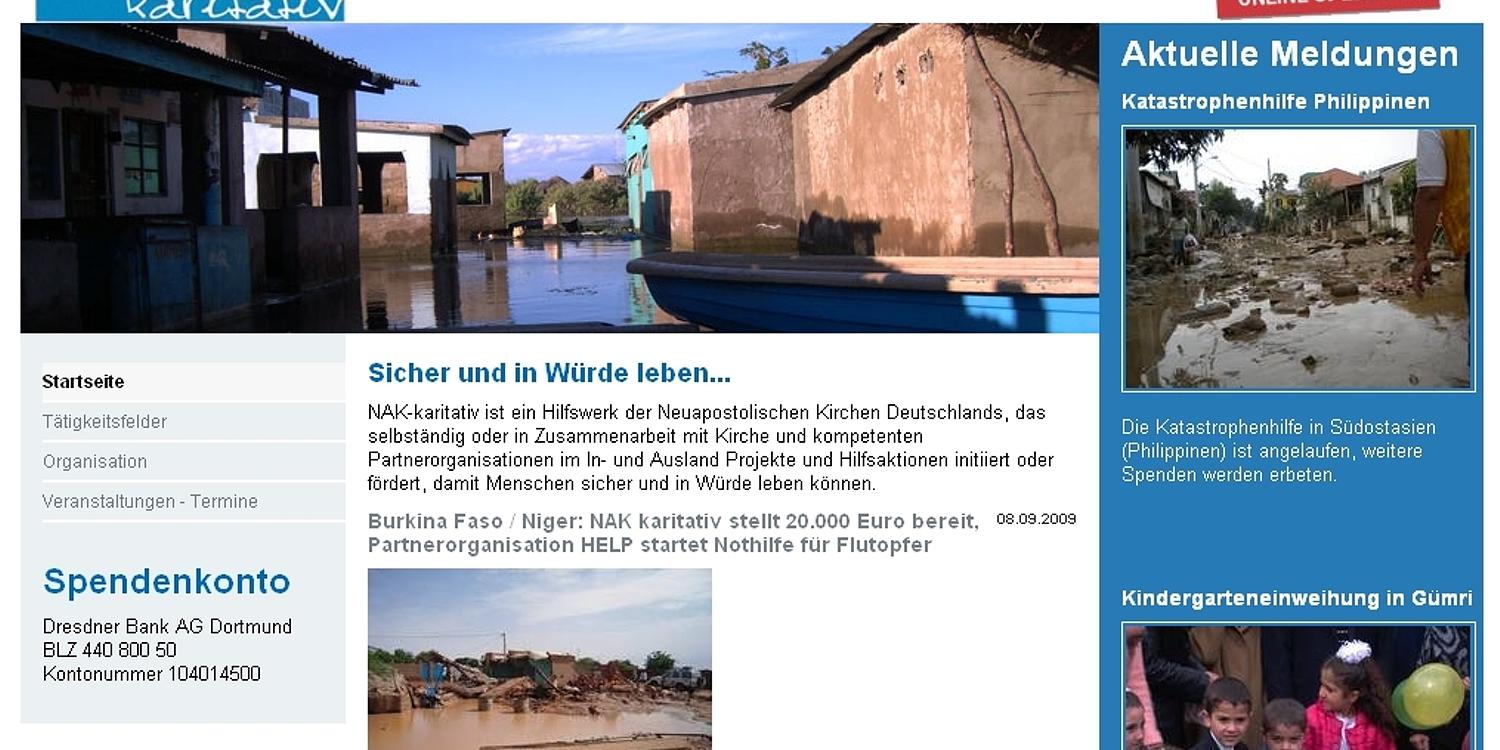 Living in dignity and security

Dortmund. The New Apostolic relief organisation known as “NAK-karitativ” has a new website as of today. The new site provides an in-depth look at a “relief and development organisation of the New Apostolic Church in Germany, which initiates or supports projects and aid activities independently or in cooperation with churches and competent partners all over the world with the objective of enabling people to live in dignity and security.” For the first time, an English translation has also been made available.

In the right-hand column, interested visitors will find information on current affairs, for example, some shocking accounts about the devastation unleashed by severe tropical storms and earthquakes over vast stretches of land in the Philippines. Thousands of people are currently in fear for their very lives! “NAK-karitativ” is already providing support with some initial aid, but continues to ask for further contributions. Donations can also be made online.

The situation in the Philippines is dramatic

District Apostle Urs Hebeisen reports from Manila that he has been able to present both the Springboard Foundation and the Circle of Friends association with a donation of 350,000 Philippine Pesos each (approximately 5,500 Euros). “The donations from “NAK-karitativ” provided important support in the relief effort, and were received with great thankfulness and joy.

Unfortunately, further calamity is still looming ahead. District Apostle Hebeisen writes: “The first relief operation has not even concluded yet, and already we are hearing reports of new troubles. The northern part of Luzon is totally cut off from the outside world. Last night, flooding and mudslides caused serious devastation. The youth taskforce has not even been able to deploy on account of the collapse of a number of bridges. The full extent of the damage cannot yet be assessed, but according to initial reports, some of our congregations have also been affected.” He goes on to report that only the military is currently in a position to initiate any rescue and relief efforts. “Nevertheless, we are on ‘stand-by’, and will attempt to reach the affected members as soon as we possibly can.”

He concludes his brief report with the words: “Heartfelt thanks for your many prayers and intercessions!” 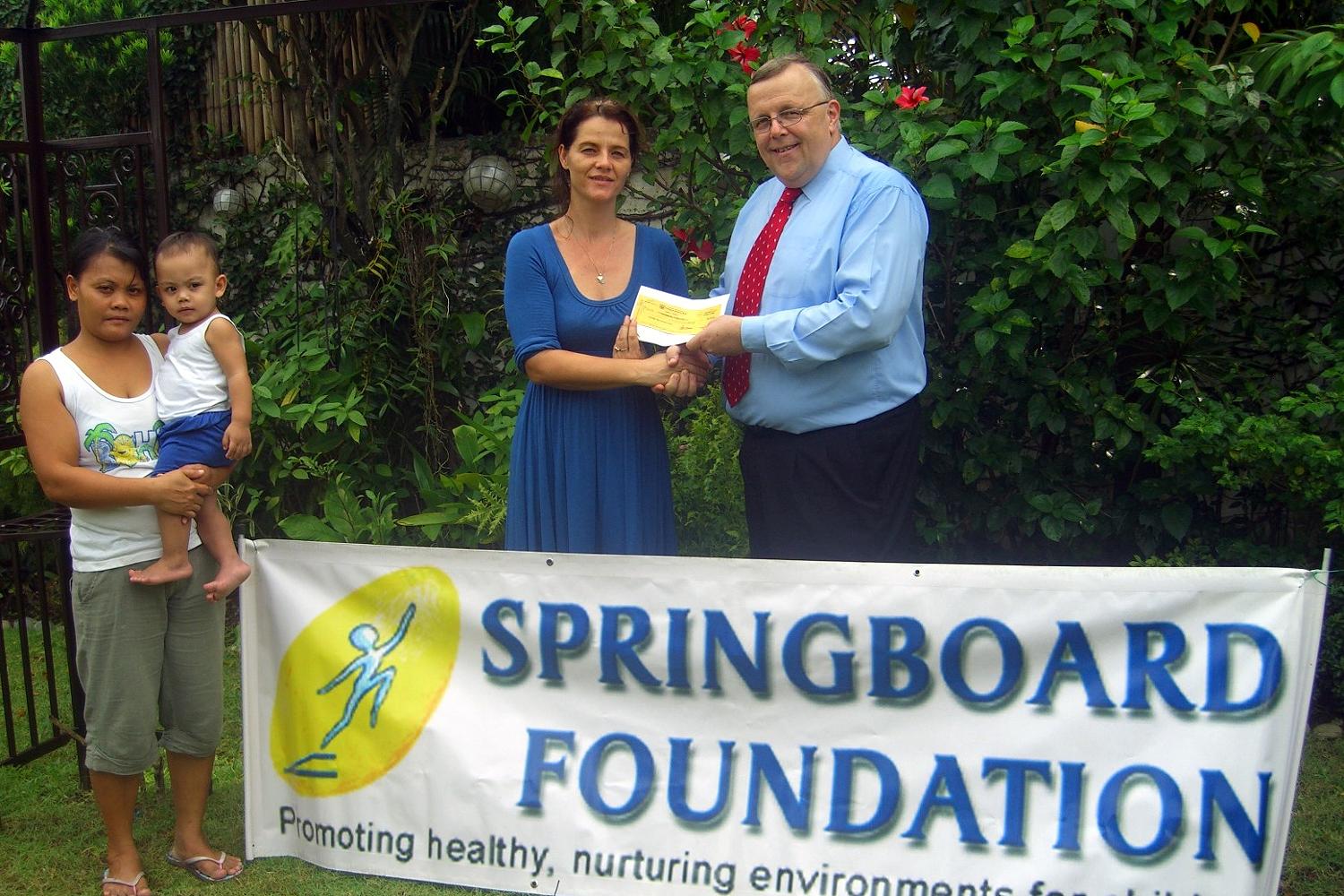